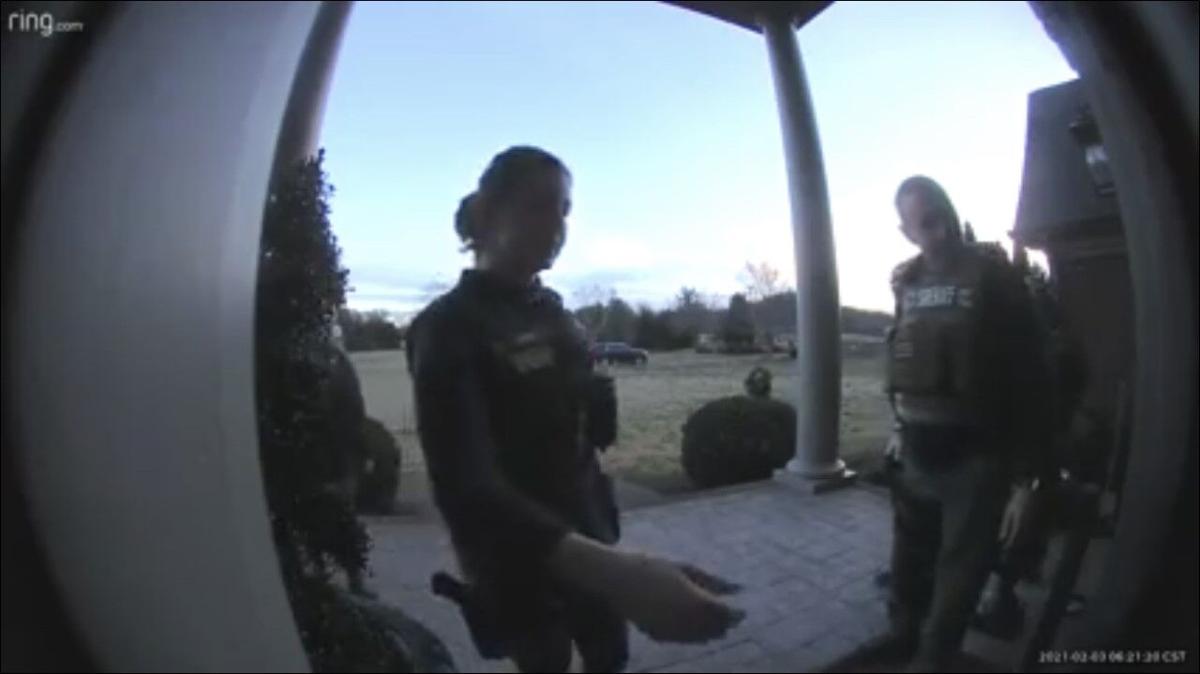 A screenshot from the Ring Doorbell Camera showing WCSO deputies preparing to raid a Franklin home. 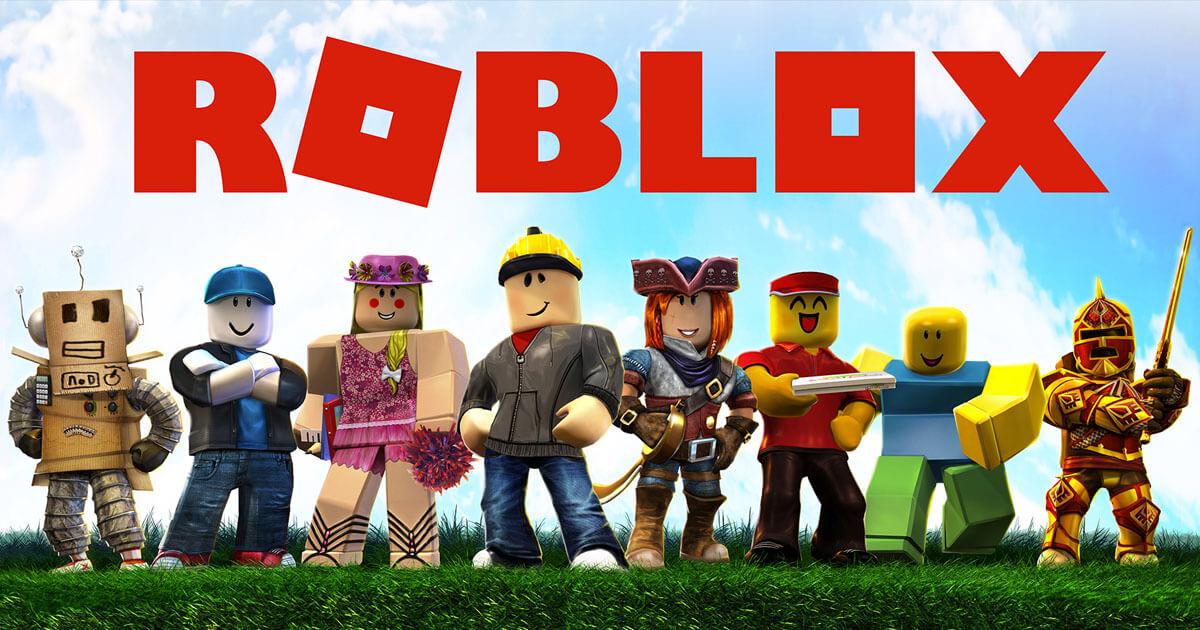 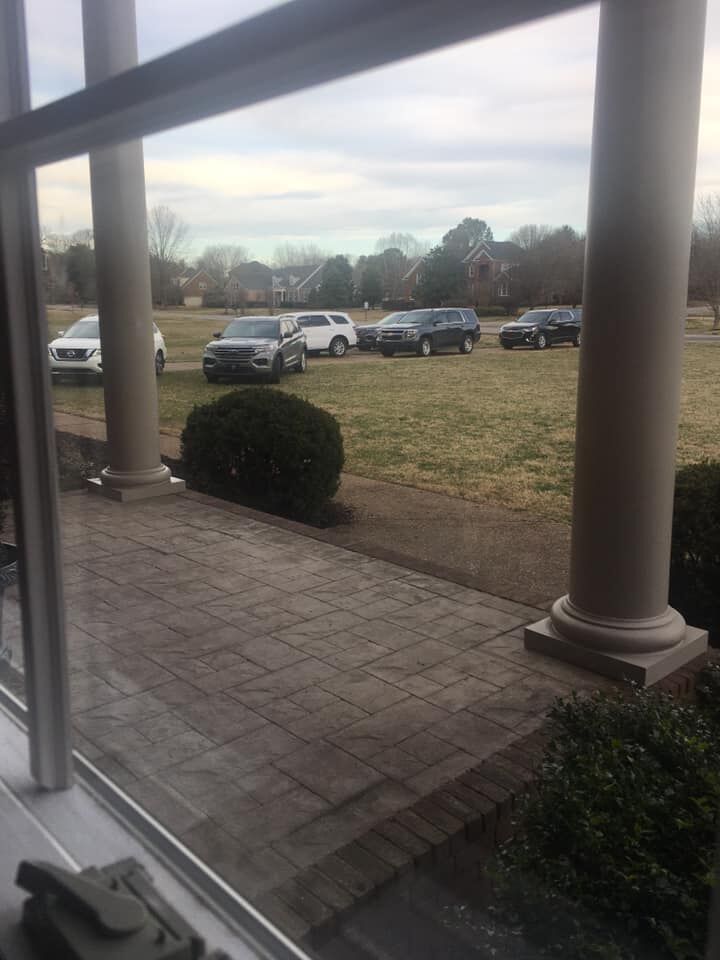 WCSO vehicles are seen parked in the Rupert's driveway during the early morning raid on their home.

Earlier this month a Franklin family found themselves at the center of a criminal investigation after their son was sent an inappropriate photograph in a video game.

At 6:20 a.m. on March 2, Mindy Rupert answered her family’s front door after their Ring Doorbell had been rung and woke her up.

She was surprised as she opened the door and was met by several Williamson County Sheriff’s Office deputies and detectives.

One deputy had a metal battering ram in hand, and another entered the home with a pistol drawn in the low ready position as Mindy Rupert was detained outside of the home by deputies — all of this was captured on their Ring security camera that is embedded into the doorbell.

Her husband Dr. Matt Rupert was taking a shower when deputies ordered him out and watched him get dressed, leaving him to wonder why they were in his house — his mind racing between fears. He was handed a search warrant.

“I was kind of dumbfounded,” Dr. Matt Rupert said. “At least I went from thinking that our house was on fire or that someone had died to the fact that they were wanting something with the electronics.”

Detectives told the Ruperts that they had been notified of the download of known child pornography to a device in the home in the summer of 2020. Police said a notification was sent to the agency by an automatic system used by big tech companies and internet providers meant to monitor and track the uploading, transferring and downloading of such content.

The Ruperts say they were stunned at the accusation, the raid and the warrant that had been issued to search and seize their electronic devices.

It wasn’t until they realized that detectives were specifically interested in a download tied to their then 9-year-old son’s email address that they remembered an incident in June 2020 that at the time seemed like no big deal.

At the time their son had simply said that a "bad" thing had popped up on his computer and that he’d turned it off.

Soon after the family-owned Google Chromebook and their son's Roblox account, an online game popular with children, had been locked with no explanation from Google.

"Once his account was canceled, I got an alert email because I was the backup email, and I sent an email to Google three times saying, 'We don't understand why this account was closed,' because they said that it had something to do with a YouTube violation," Dr. Matt Rupert said, adding that they only watch YouTube and don't upload any content to the site.

"After three attempts of trying to solve that nothing happened, so for that Chromebook we just use a different login," Dr. Matt Rupert said.

During the raid, the Ruperts asked their son to go into more detail about what this “bad” thing had been back in June, with their son describing seeing a pop-up of a picture of a “boy part” that then began to download or stream inside of Roblox, at which point he shut off the game and the computer.

"He said he was playing Roblox when it popped up and when he tried to exit out, it started to download," Mindy Rupert said, with Dr. Matt Rupert adding that they didn't witness the actual transfer before their son disconnected the computer, stopping the alleged download.

"I don't believe that information was shared with the sheriff's department,” Dr. Matt Rupert said of Google’s failure to communicate directly with law enforcement, “and I do think that they might have looked at it a little bit differently if they had actually shared the information that went along with the account."

WCSO Detective Sergeant and Digital Forensic Examiner Lee Eaves said in a phone call that since these kinds of tips are sent to law enforcement through a tip network with limited information and then they then have to actually seize devices in order to recover digital forensic evidence.

In this case the information that they received was simply that an image that they believed to be child pornography was downloaded, but since the download had been canceled when the computer was turned off by the child, WCSO never actually found or recovered any evidence of child pornography on any of the family’s devices.

While the Ruperts said that they are glad that no person or property were injured or damaged in the raid, they said that they can't help but feel like their rights were infringed on by law enforcement. They say they felt WCSO didn't know enough specifics of the incident before coming to their home.

"Ultimately they end up breaking in, pulling me out of the shower and invading our home only for me to solve their problem for them," Dr. Matt Rupert said.

Mindy Rupert posted about the raid on her Facebook page to let her friends and neighbors know that everything was OK after an embarrassing morning.

“I didn’t want people to think that we were doing bad things, all of our kid’s buses were driving by and we’re at the entrance to the neighborhood,” Mindy Rupert said. “It was a lot.”

The Ruperts are both health care professionals who are active in the community.

“I totally respect law enforcement and I appreciate their work, but having been put in the middle of it, it just doesn’t seem like there was a lot of merit — to get a search warrant, to present this to a judge for the search warrant,” Matt Rupert said. “I think they could do better.”

“My son was a victim in this,” Mindy Rupert said.

WCSO agreed with that. There is no active criminal case being investigated against any members of the family.

Mindy Rupert said that they thought they were taking all of the needed steps to make sure that their children are staying safe online.

“It was just one attempt of a download that popped up on Roblox, that’s all it took, even though we had all of the security measures to prevent these pop-ups on his computer,” Mindy Rupert said. “We watch them, we know what they’re doing, but that somehow got through the security part of it.”

WCSO Sheriff Dusty Rhoades said in a phone call that his detectives and deputies handled the execution of the search warrant by the books and as professionally as they could with the information they had, adding that any time they conduct a raid that safety is a priority.

Both Sheriff Rhoades and Sgt. Eaves said that it was a unique case for WCSO to have a tip to lead to a raid that did not result in an arrest, but instead the uncovering of a victim.

Eaves also said since law enforcement is constantly working to keep up with the ever-changing and expanding abilities of technology companies, applications and hardware that parents need to continue to be proactive in monitoring their children’s online activities, noting that any online platform with children present can be targeted by child predators.

“If contacted by someone on the internet, if sent a photo, if sent a video, if it’s even remotely threatening or remotely inappropriate, they need to report that to a trusted adult, and then we want that trusted adult to file a cyber tip themselves with the National Center For Missing and Exploited Children,” Eaves said, adding that parents can also find additional resources and training through NCMEC.

Eaves also said that law enforcement is seeing a huge increase in cyber tips due to both adults and children spending more time at home due to the ongoing COVID-19 pandemic, and the pandemic is itself why law enforcement said that they were not able to act on the Franklin cyber tip sooner.

Eaves also told the family that had the tip been acted on sooner, they may have found remnants of the download on the computer, but computers overwrite information overtime.

Those digital breadcrumbs are not always enough to prove that an image is child pornography, but Eaves told the family that they generally find other relevant images or videos on a confiscated device, something that again did not happen in this incident.

Roblox is a free-to-play, online video game that was initially released in 2006 and has since grown to have more than 164 million active monthly users, with around three quarters of American children ages 9 to 12 playing on their platforms, with a recent increase in players due to the ongoing COVID-19 pandemic.

Roblox Corporation declined to comment for this story, citing their lack of knowledge of the specific incident as it had not yet been reported to their customer service department by the Rupert family.

They also declined to comment on any specific actions that the company has taken in the past or is currently engaged in to help prevent child pornography from appearing on their platforms, but did say that "users are not able to send images via chat or one-to-one messages on Roblox."

However, it does have a chat function, which can be used to send links to images or downloads.

Roblox does also offer some information to parents to access and manage parental controls.

The company did encourage anyone who believes they may have experienced such contact in any of the Roblox applications to contact their customer service department, but refused to answer any other questions about the company’s safety measures for users.

According to the Washington Post, Roblox parent company Roblox Corporation is valued at more than $41 billion after they went public last week. This is not the first time that the popular game has been exploited by adults targeting children.

In 2017, a Louisiana minor was allegedly groomed by an online sexual predator in the game, while last year a minor in Somerset, England, was allegedly told that their family would be killed if the child didn't send explicit videos to another player.

Last week author and technology expert Mark Minevich published an article in Forbes that raised concerns about Roblox’s growth and questioned whether the gaming giant is good for the public.

“Though Roblox has a team of 1,700 people and some level of technology automation deployed to monitor content, they have obviously outgrown their ability to manage the bullying, harassment and abuse of children on the platform,” Minevich writes. “The public is still not discussing how Roblox is planning to add voice chat technology that potentially could expose children to pedophiles.”

While this specific incident may be unique, parents like the Ruperts are left rethinking how safe is too safe while their children increasingly rely on the internet for everything from education to entertainment.

Edit: The original story incorrectly reported that WCSO Sheriff Dusty Rhoades was present at the raid, which he was not.