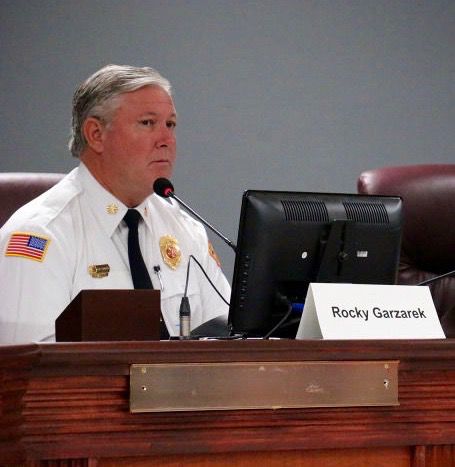 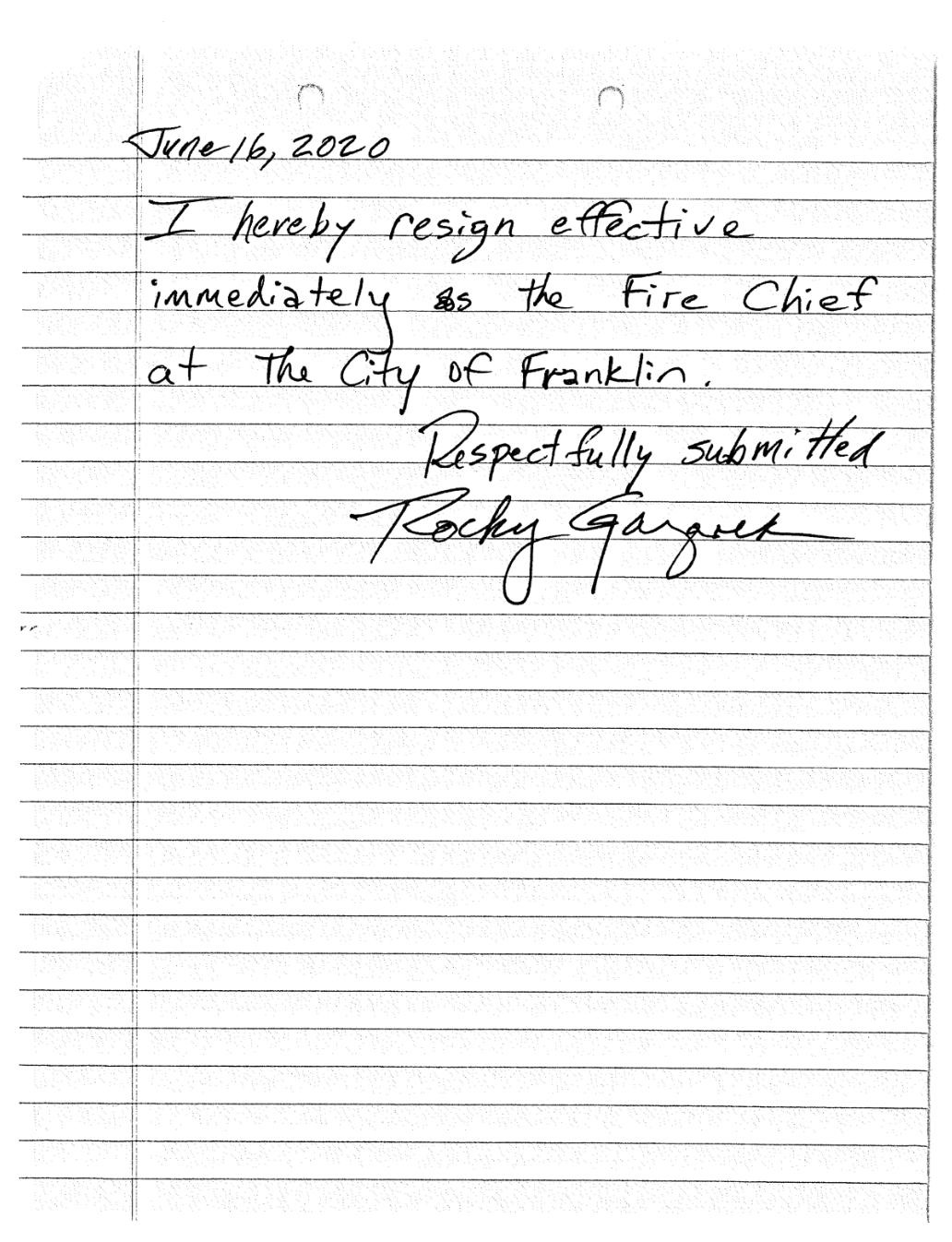 Now internal documents show that the abrupt resignation came about after the city became aware that Garzarek was eight hours away from Franklin in a time when some employees have been working remotely due to the ongoing COVID-19 pandemic.

Garzarek resigned by way of a short, handwritten note and later he wrote a letter to Franklin City Administrator Eric Stuckey on June 10 where he apologized for controversy and issued an explanation for his actions.

Garzarek said that he was taking care of elderly parents, who live in an unspecified location, but that he was able to actively continue to his role as fire chief as he worked remotely.

“While I communicated with you early on that I needed to provide for the needs and care for my elderly parents, I failed to keep you apprised of my whereabouts with frequent updates for why I needed to remain where I was working remotely. I made some mistakes in judgement in believing that you were OK with me remaining close to my parents and choosing to work remotely from various locations,” Garzarek wrote in a June 10 letter to Franklin City Administrator Eric Stuckey.

Garzarek said that if a major emergency had taken place in the city, he would have been able to return to Franklin in eight hours or less.

“During the time in question, I was actively engaged in city business as you are very aware of after reviewing my calendar and with our last two discussions. I communicated with you and the city leadership team almost daily, my administrative staff at least three times a week, and my senior staff members daily. At no time, did I neglect my duties as a leader of my team,” Garzarek wrote.

As Garzarek’s resignation was announced Stuckey promoted FFD Assistant Fire Chief Glenn Johnson to serve as Interim Fire Chief, adding that it will take some time to find a permanent replacement for Garzarek who served in the role since 2004.

In the letter Garzarek also waved his right to a departmental disciplinary hearing. Stuckey did not return a request for comment.