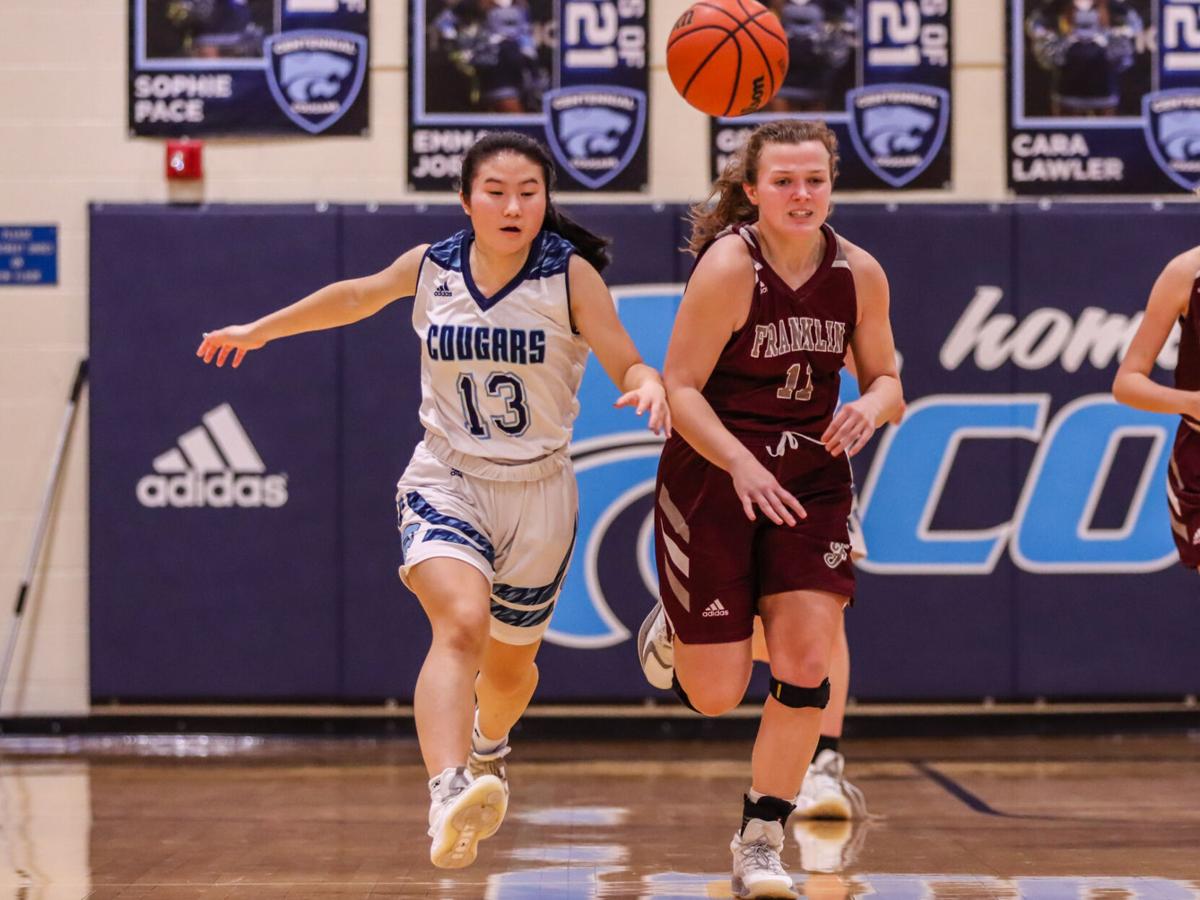 Emme Glover (11) and Miki Murasawa (13) chasing after the loose bal. 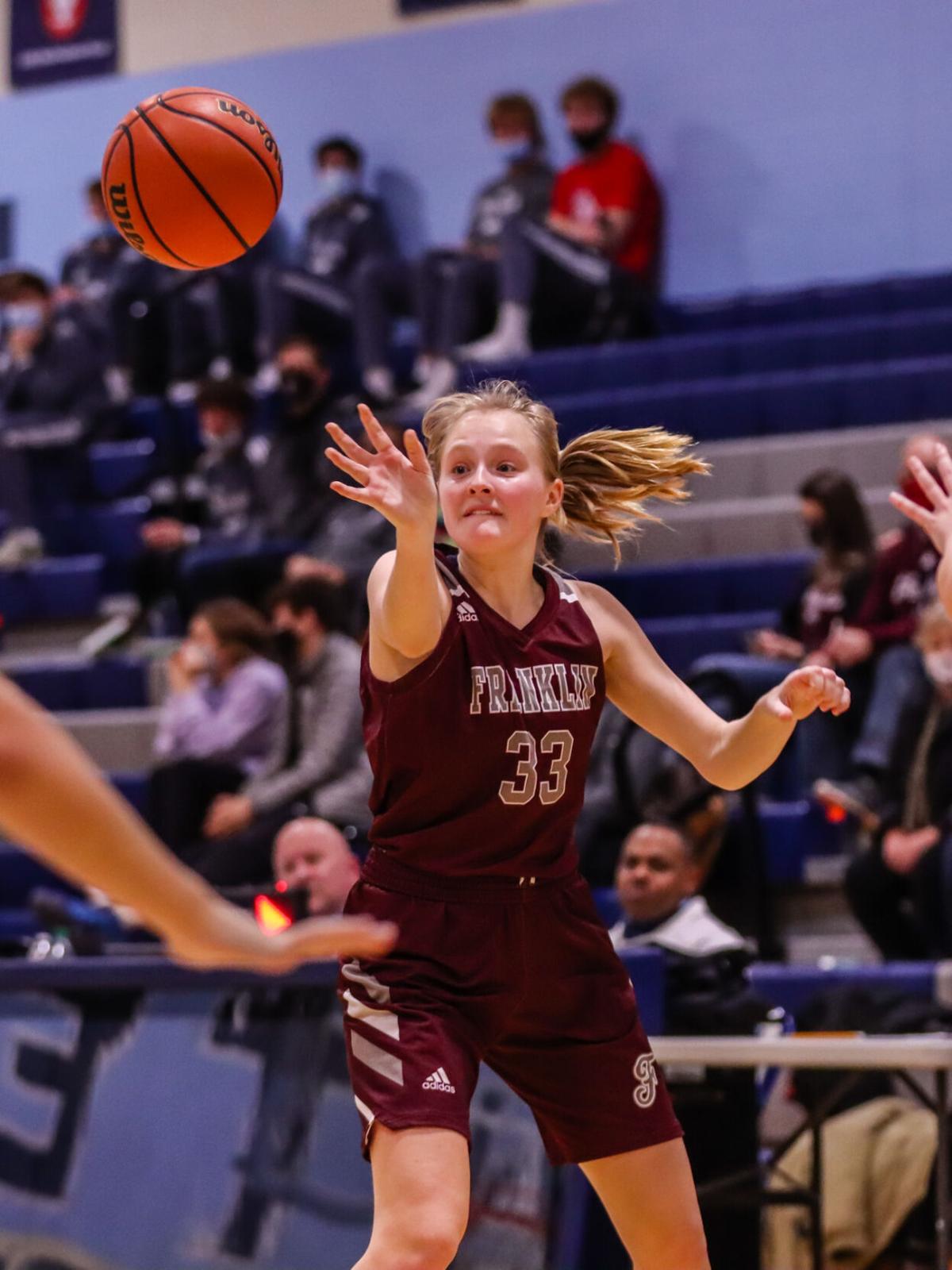 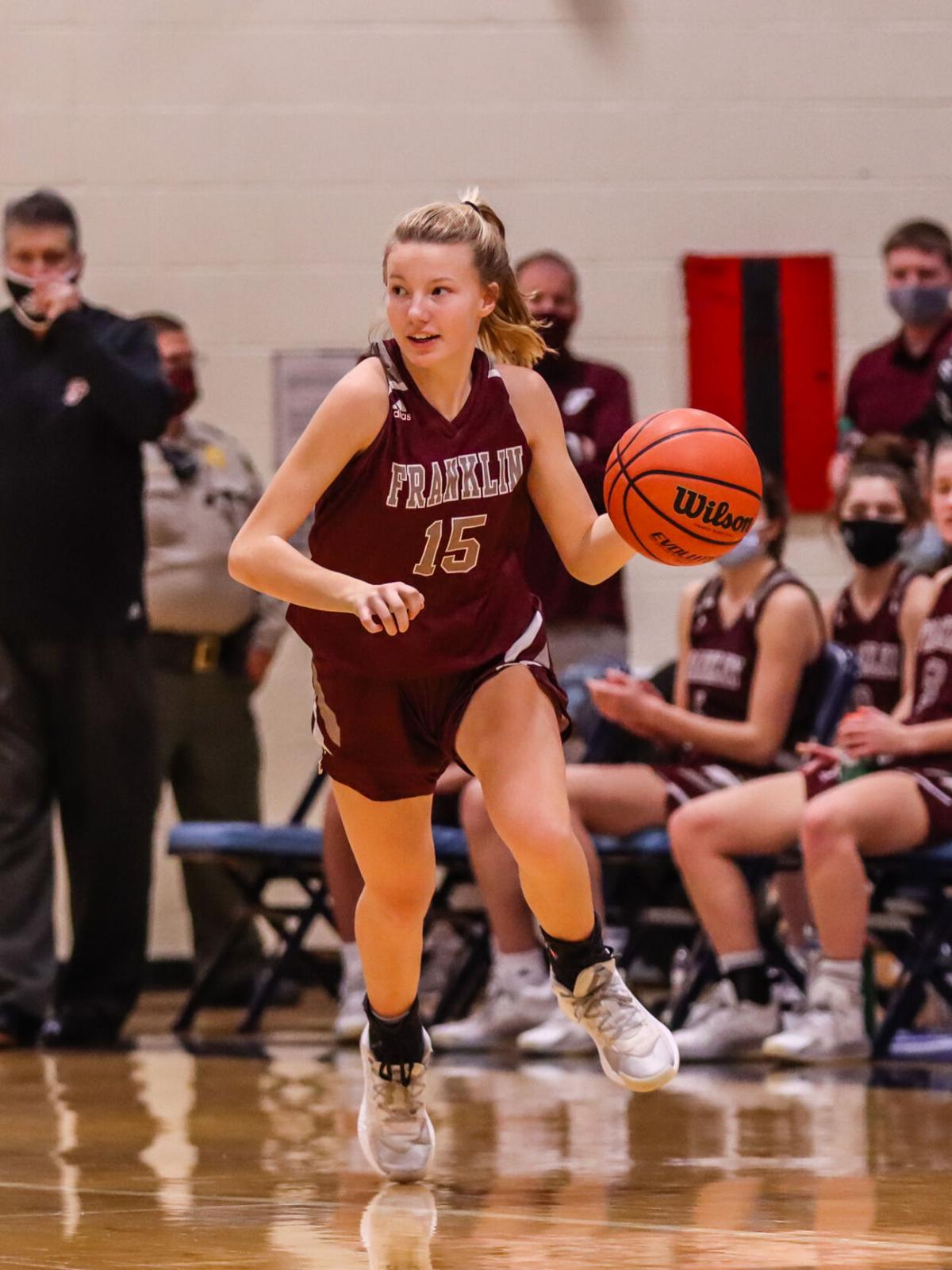 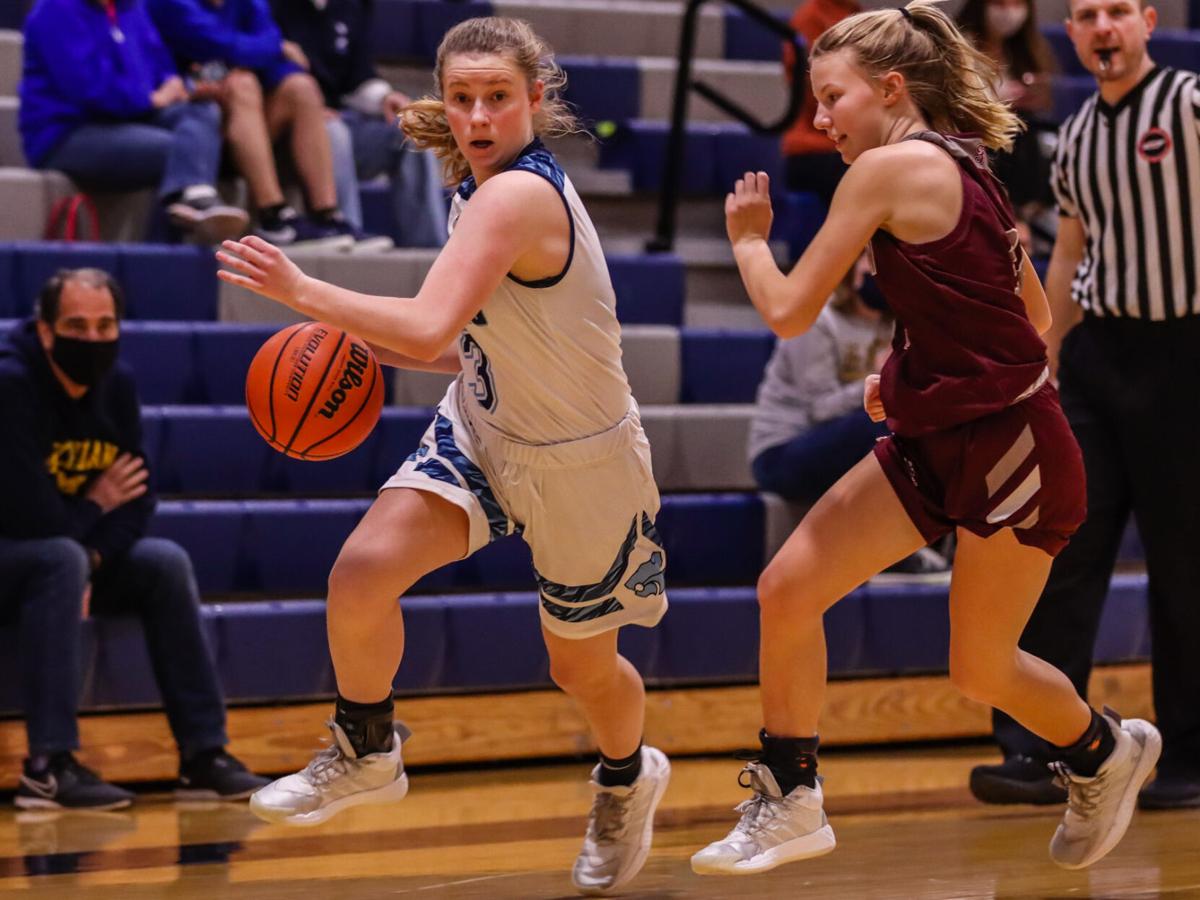 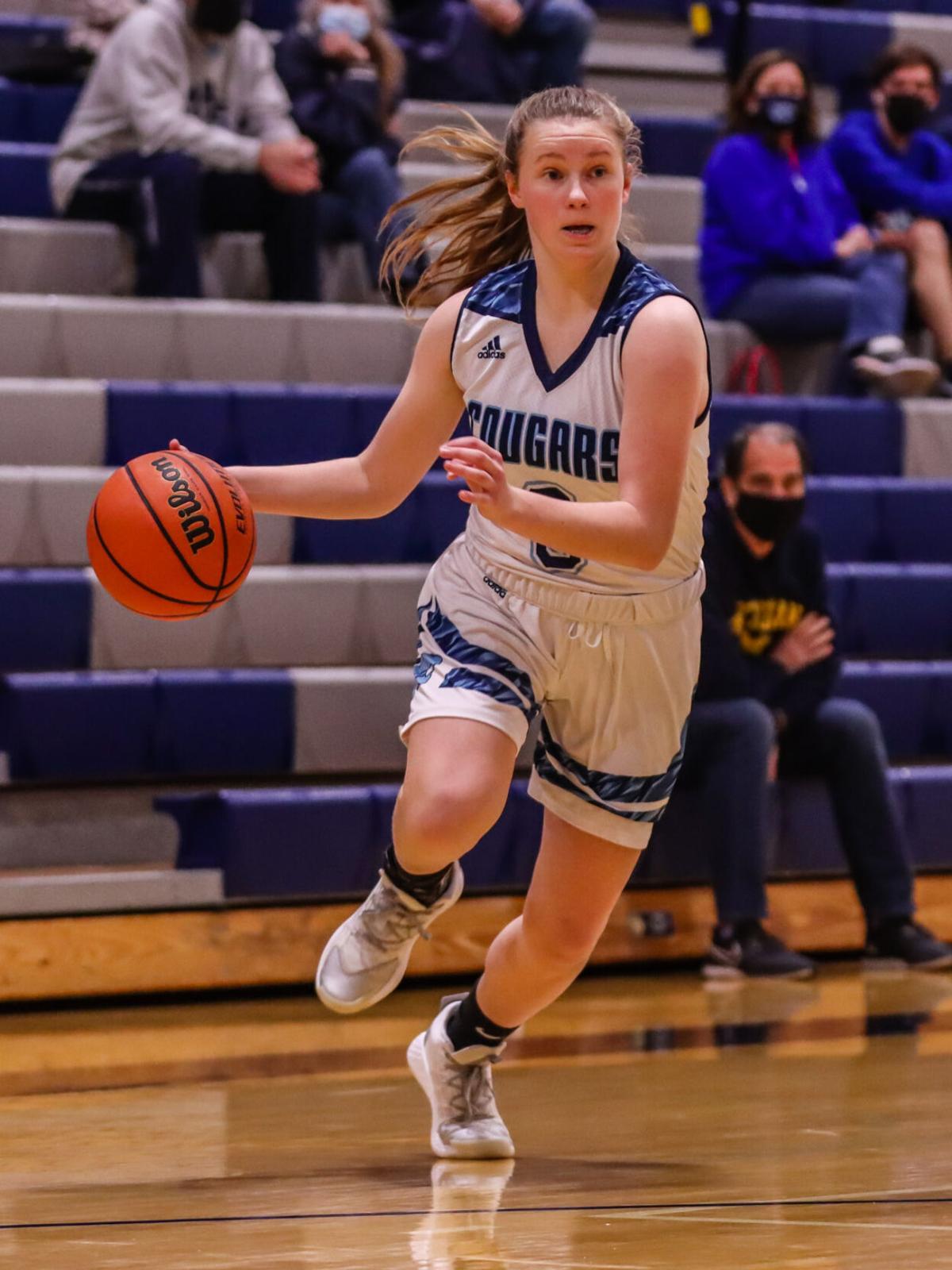 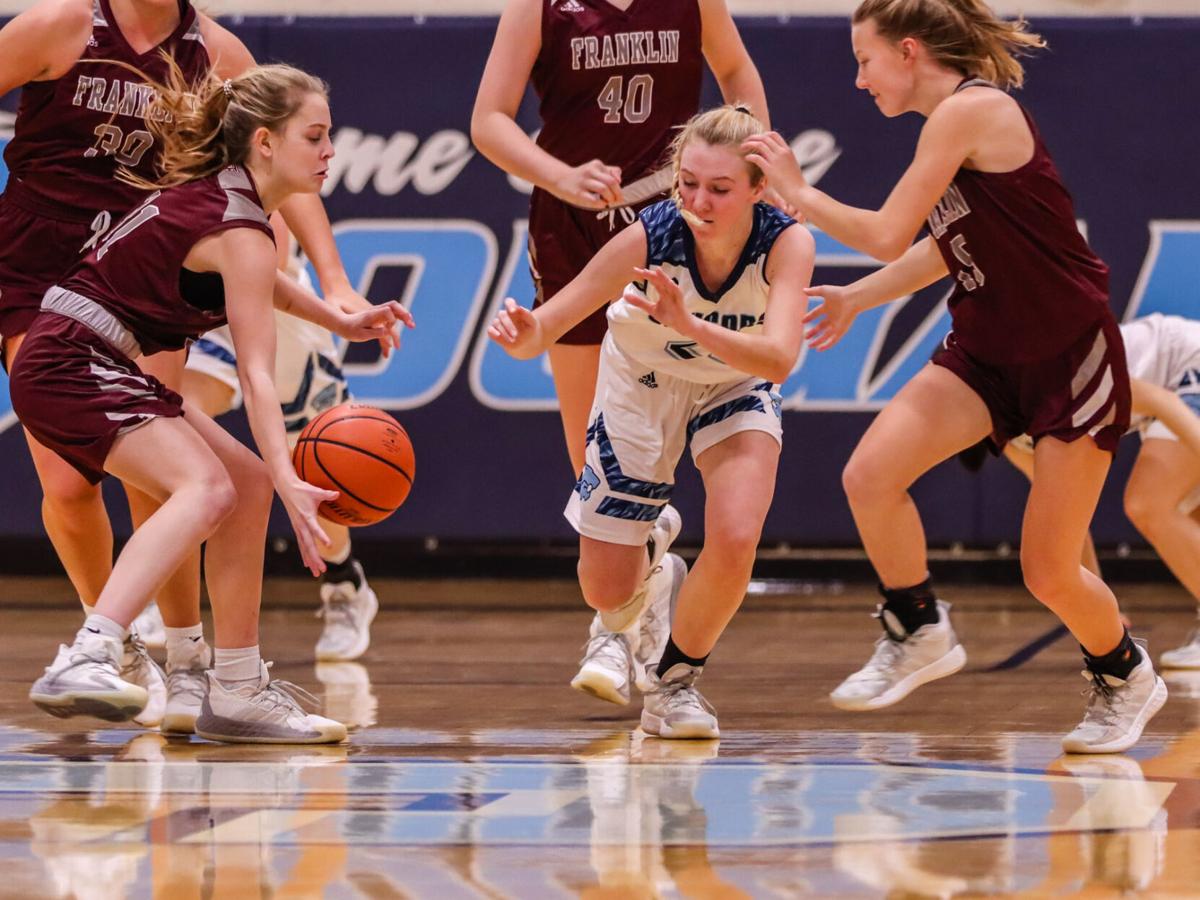 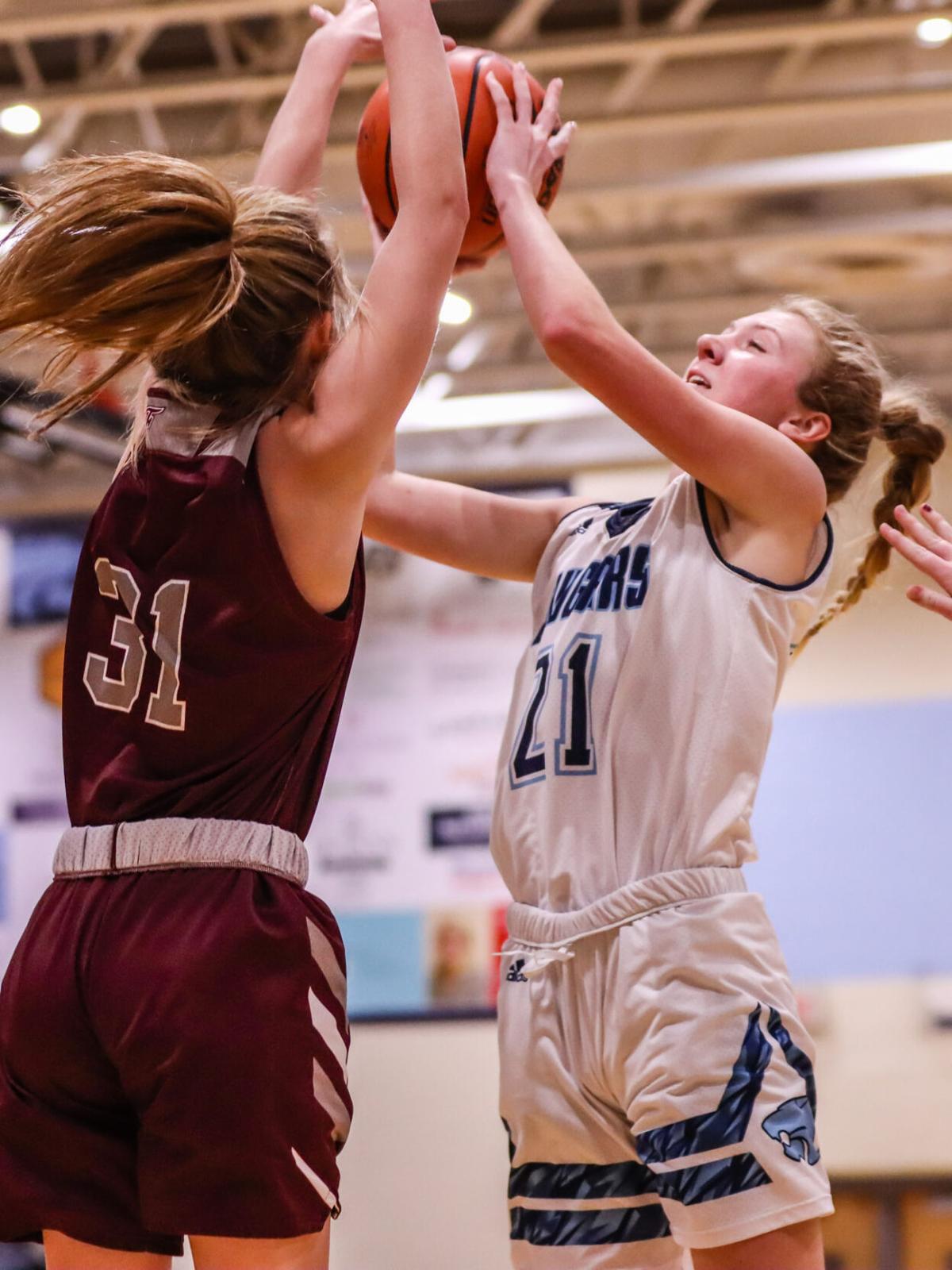 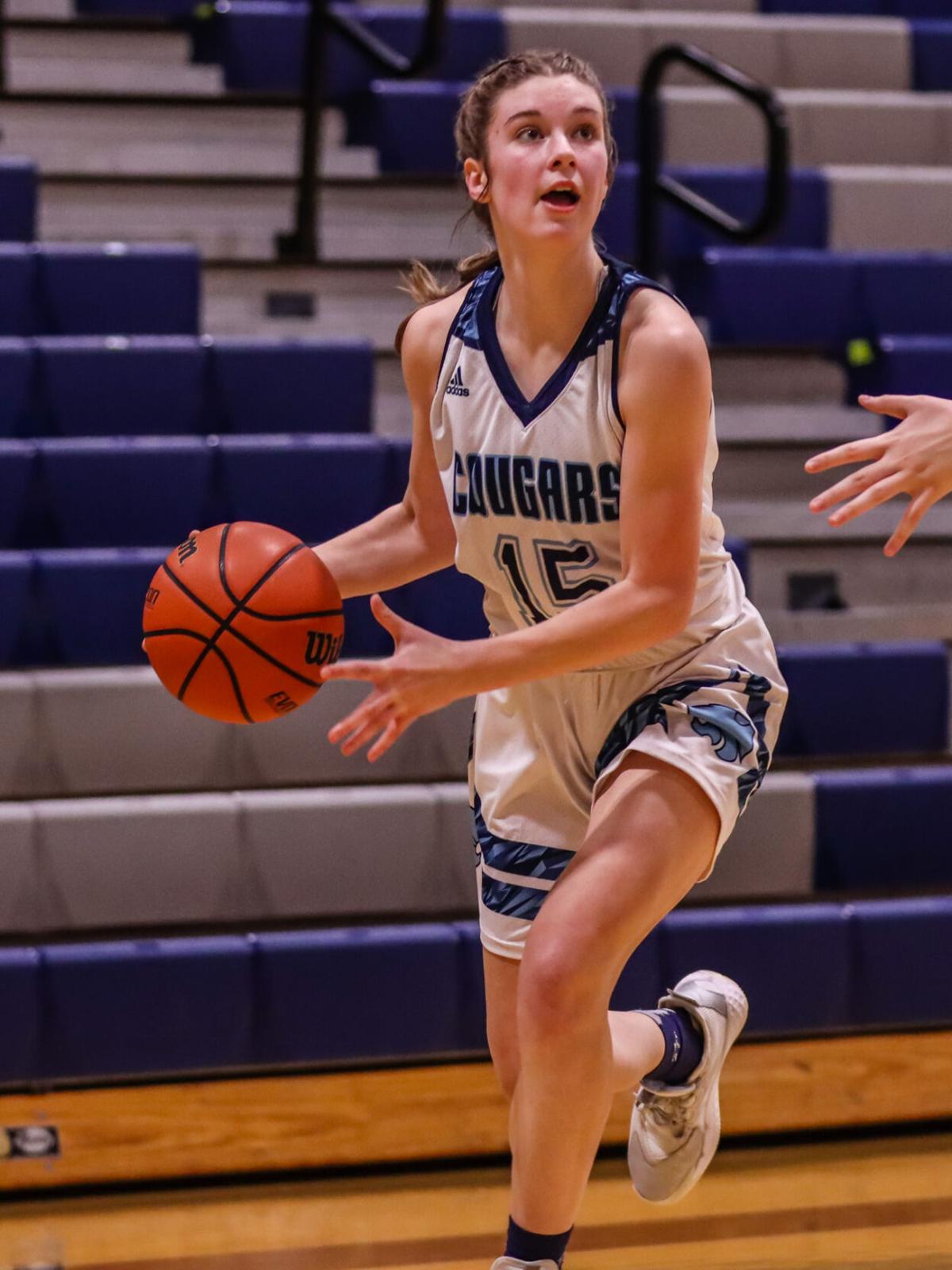 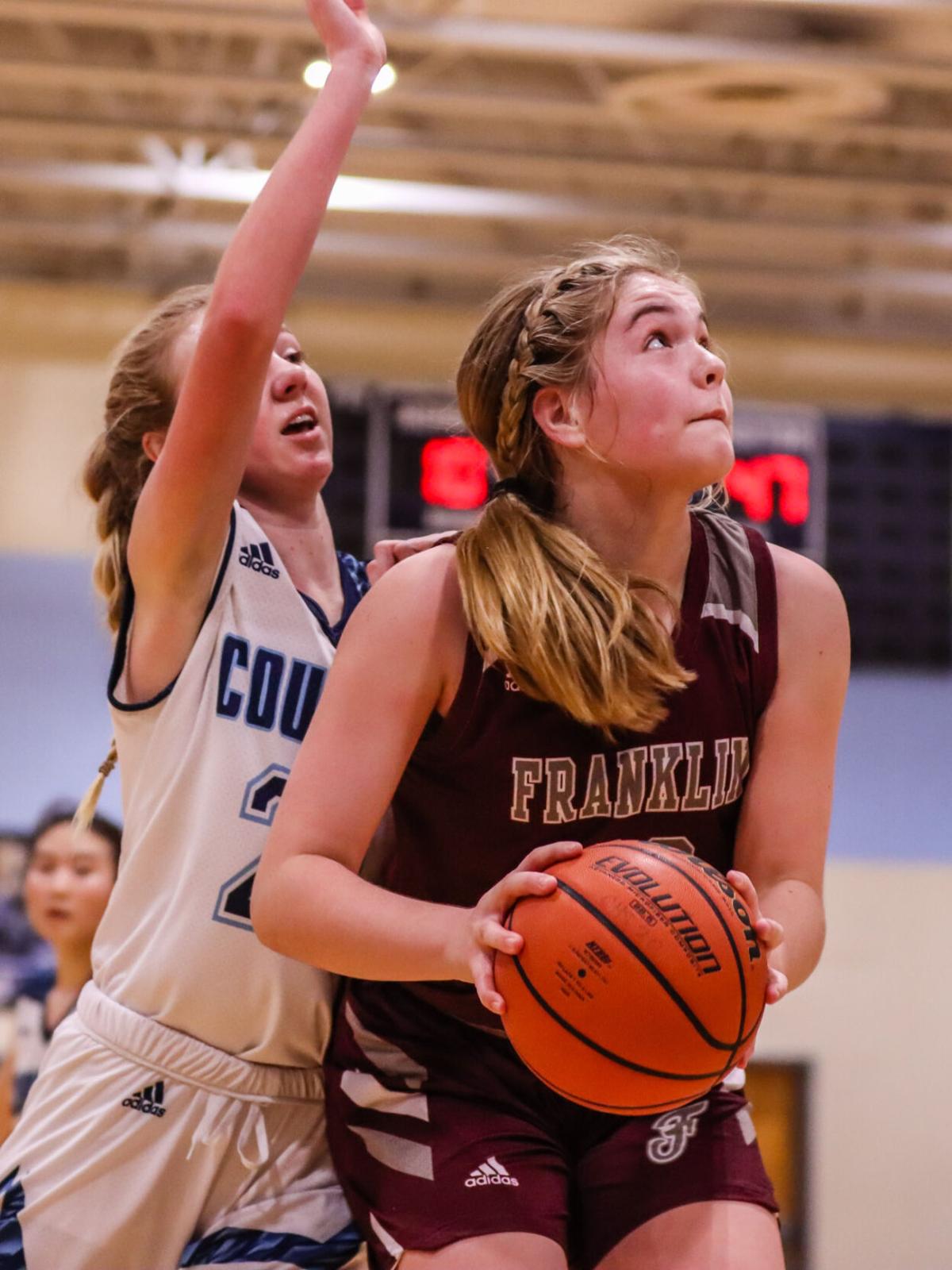 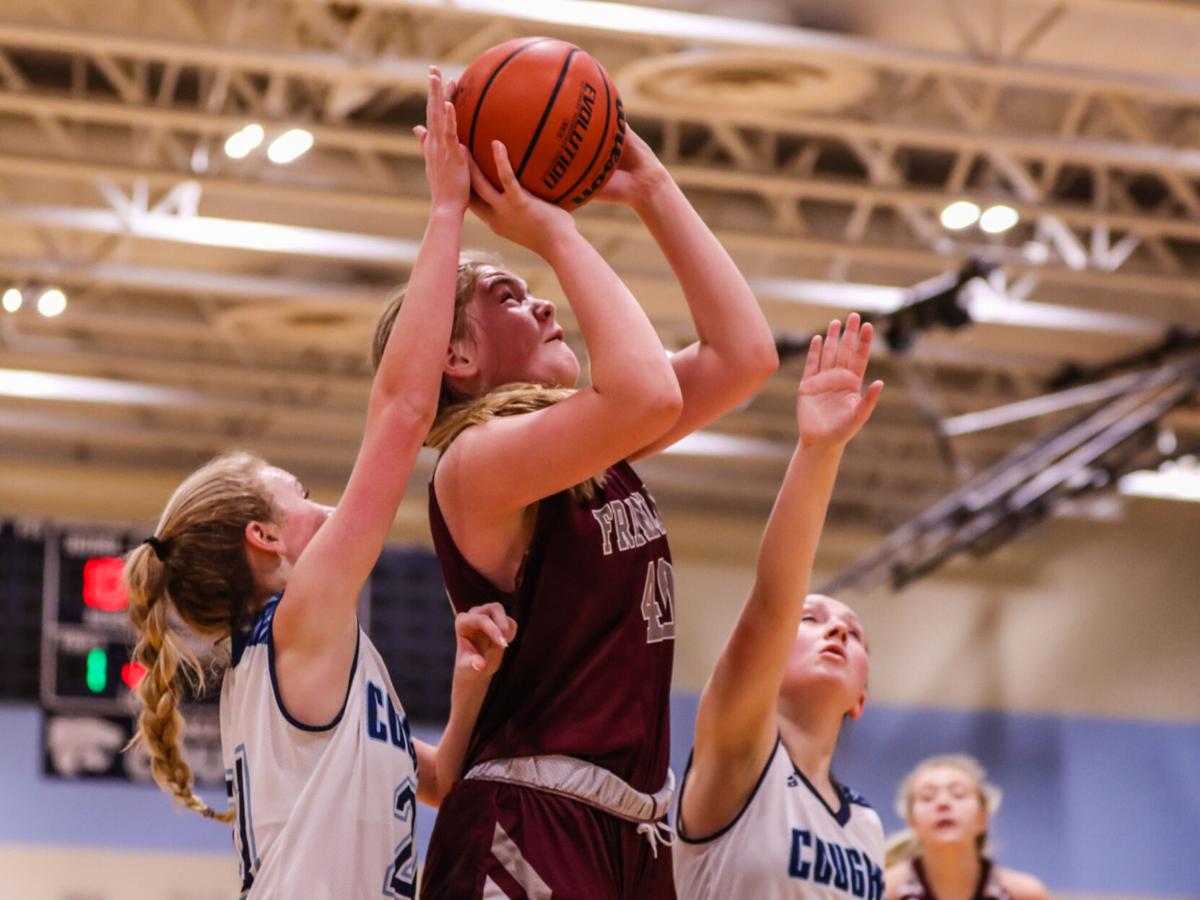 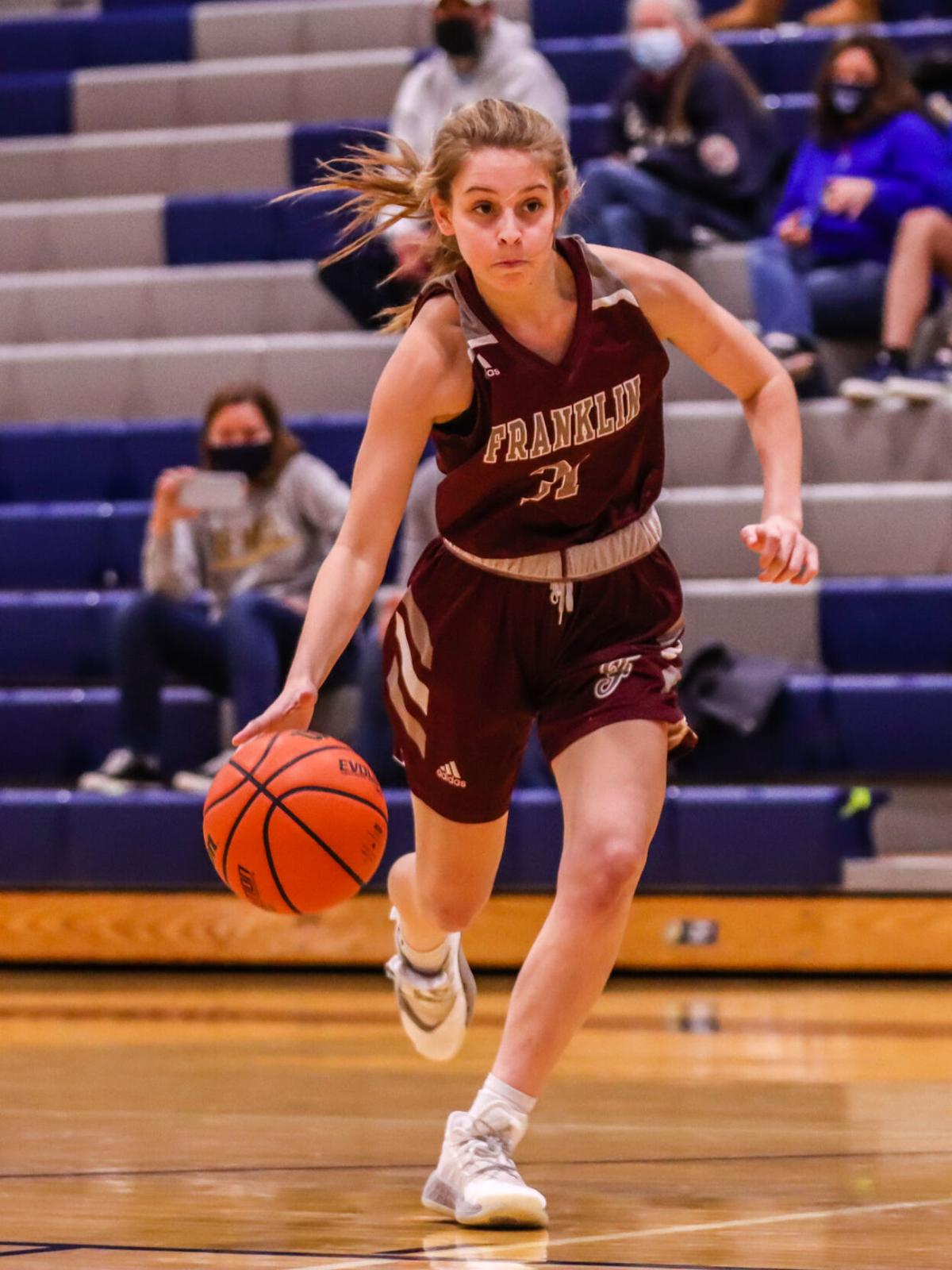 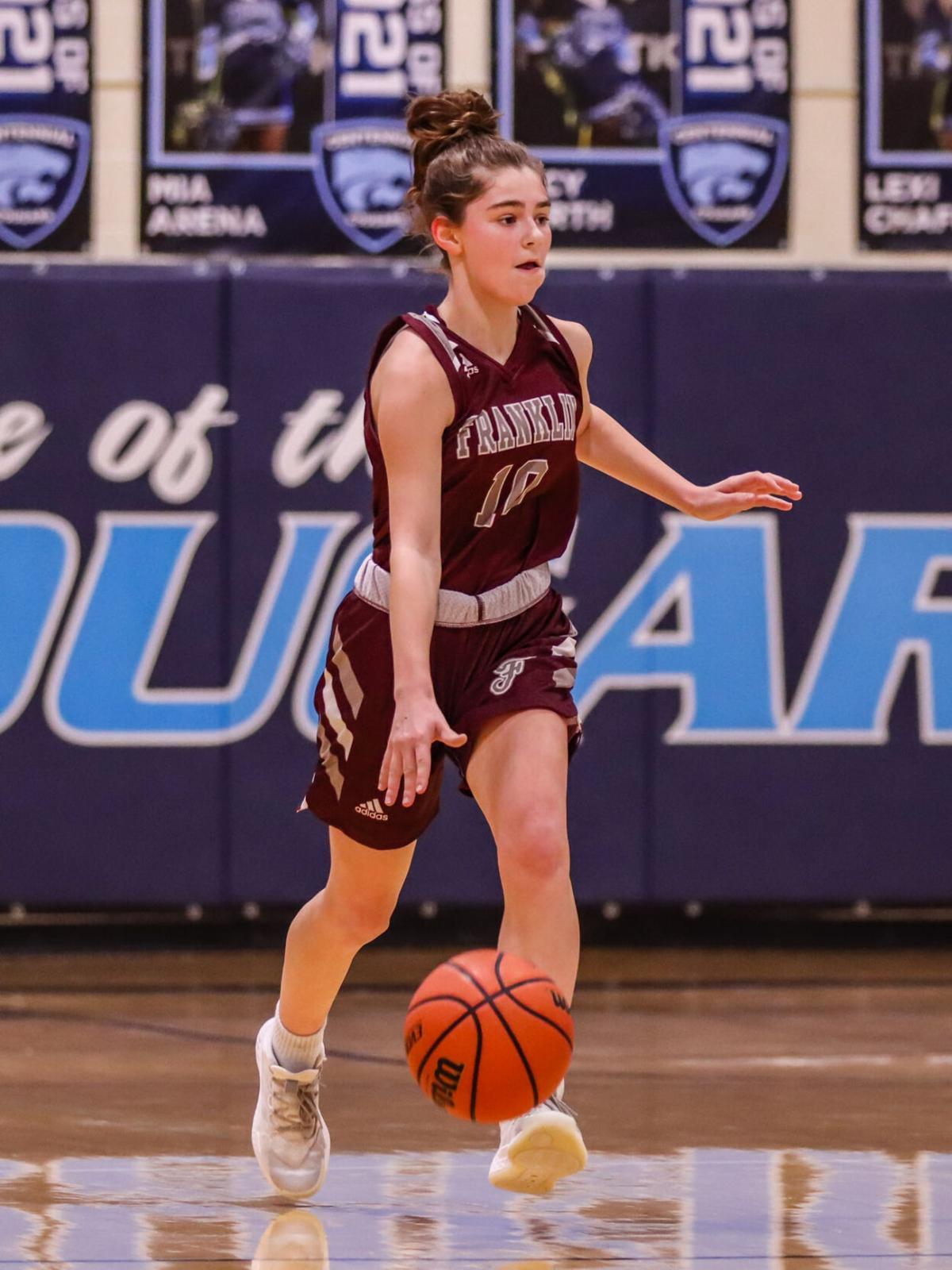 Emme Glover (11) and Miki Murasawa (13) chasing after the loose bal.

“We needed a game like this where shots went in for us,” said Franklin head coach Jay Johnson. “Our guards shot the ball pretty well tonight, and we were above 40% from three point range.”

In the first quarter, Franklin scored most of their points in the paint with major contributions from senior Kate O’Neil to get out to an early 18-2 lead.

Franklin continued to apply a balanced attack in the second quarter with O’Neil driving in the lane and three pointers from senior Brenna Swiger and sophomore Lyla Gardner to stretch their lead 32-4.

In the third quarter, the Lady Admirals continued to pour it on from downtown and with layups by Lyla Gardner, freshman Dylan Gardner and O’Neil to lengthen the Franklin lead 45-10.

The surge from the Lady Admirals continued in the fourth quarter with jumpers by freshman Sarah Mcadams, Dylan Gardner and junior Jean Costello to seal the victory 53-10.

“We played a lot of zone tonight and they did not have the best shooting night,” said Coach Johnson. “Anytime you hold somebody to ten points, you have got to be pleased.”

“She has had four or five huge games in a row for us,” said Coach Johnson. “O’Neil has really come into her own the last few games.”

Centennial will travel to Brentwood next Tuesday.

Franklin will face Dickson County at home next Tuesday.

“I would like to see some carry over and confidence,” said Coach Johnson. “Last year, Dickson handled us pretty easily twice. I hope our girls will come out and battle this time.”