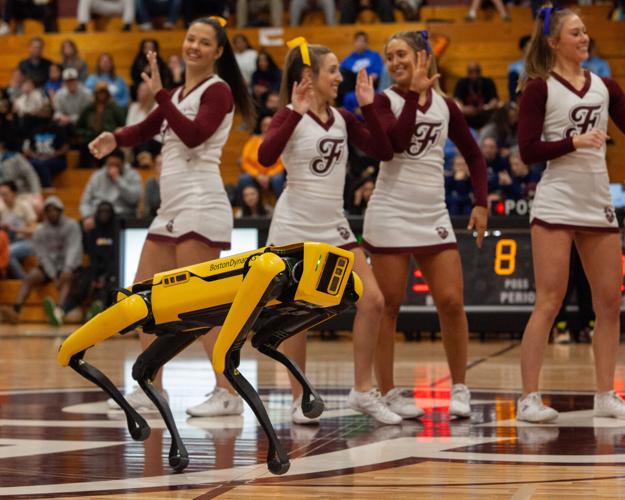 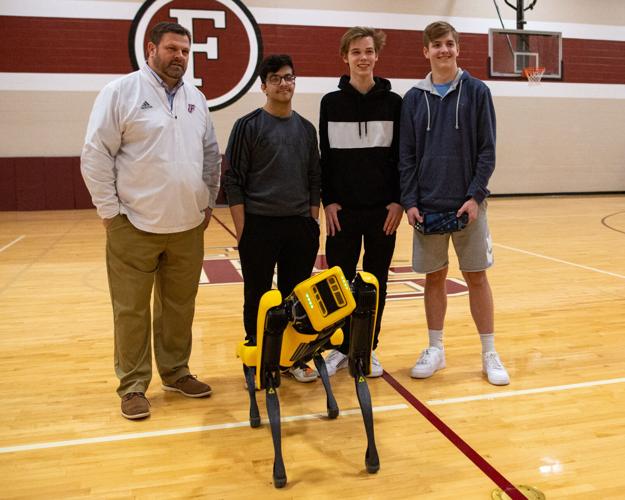 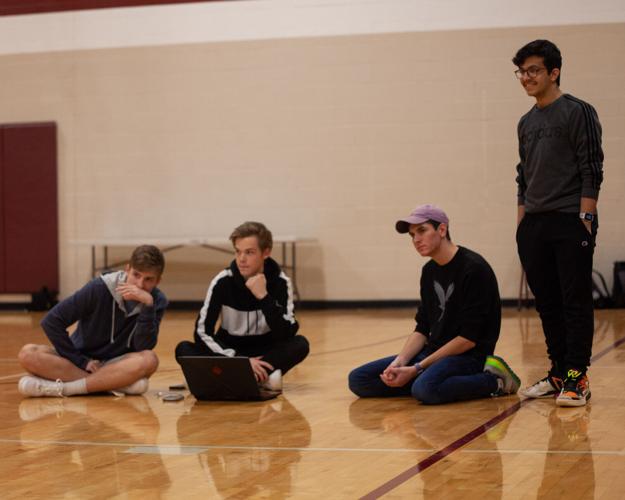 The four-legged Spot robot was first unveiled in 2016 by Boston Dynamics, an engineering and robotics company that spawned from the Massachusetts Institute of Technology in 1992 and now is owned by Hyundai Motor Group.

Spot became available commercially in 2019 where it’s been marketed for use in areas such as construction, mining and public safety, and this year, FHS students got their hands on the robot.

Cutting Edge technology in robotics and engineering being programed by the best coding/cybersecurity students in Williamson County! FHS is the only high school in the country to have a Boston Dynamics Robot Dog and our students know how to use it! pic.twitter.com/iMkxZ89Awu

The robot came to FHS through a federal grant in connection with the district’s career and technical education programs, which includes teaching students about coding and autonomous vehicles.

The grant has allowed those students to actually take a deep dive into the robot’s capabilities and programming. Other students get to interact with “Cornelius” in ways that may soon become very familiar to the general population as we see them used more in everyday tasks in public such as walking down a road or hall in a construction zone.

“These particular students are the best-of-the-best. They love technology, they love integrating and coding, they’re very creative, they are awesome,” FHS Principal Shane Pantall said, adding that Franklin is one of, if not the only, public high school in the nation to have an in-house robot dog.

“We want to make sure that our kids have as many hands-on experiences before they leave high school, and this is no better way to do it than with this particular high-tech robotic dog," Pantall said.

Some of those students exploring the robot’s possibilities include seniors Nima Aref, Maddox Guthrie and Logan Eikum and junior Colsen Murray.

“This dog has a lot of sensors and cameras; it has obstacle detection so it won’t run into anything. It will also look at the elevation on stairs and walk up the stairs, and the most impressive thing is really the dances,” said Aref, who plans on pursuing an education and career in artificial technology. “To see the dog move all of its joints and it’s whole body around...it kind of feels alive, even though it’s not. It just feels real.”

The squad of more than a dozen cheerleaders practiced their performance with the robot in the hours before Tuesday night’s halftime show during the boy’s varsity basketball game between FHS and Centennial High School.

“Cornelius” took center-stage in the performance with dance moves programmed and controlled by students using a tablet and laptop to the side of the performers and audience of teachers, students and parents.

“We’re always looking for more opportunities for the girls to perform and to get involved in school spirit, and since the resurgence of all the kids coming back to school after quarantine, why not take on a new experience to get the kids excited,” FHS Varsity Cheer Coach Shannon Freund said.

And while the robot doesn’t have toes, a head or pom-poms (at least not yet), it did draw the attention of the crowd and bring a new energy to the half-time performance with each mechanical bounce, strut and step.

“It kind of made us perform a little bit more with him because we were all just smiling,” FHS senior cheerleader Jaxen Busch said. “It was just genuine fun and laughter.”

While this marks a first for FHS, robots, artificial intelligence and autonomous vehicles is sure to only grow in schools and daily life, especially as robots quickly expand in a variety of fields from the military, to healthcare and manufacturing, ensuring that the future is here and changing fast.