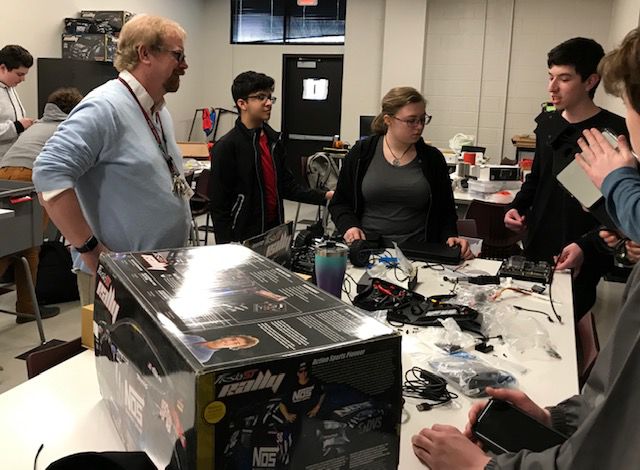 Brent Greene talks with a few of his students in the autonomous vehicles class he teaches at Franklin High School. 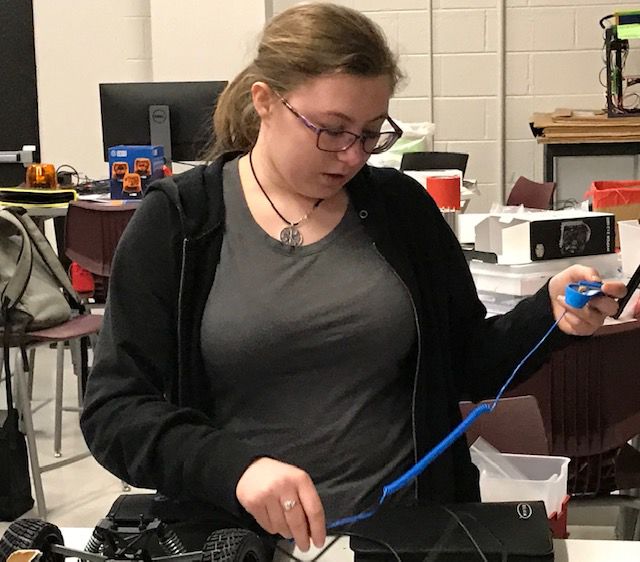 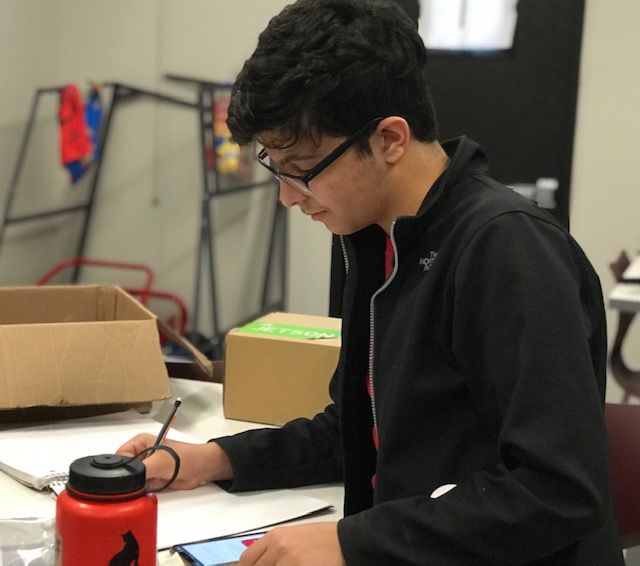 Sophomore Nima Aref jots down a few notes during the autonomous vehicles class at Franklin High. 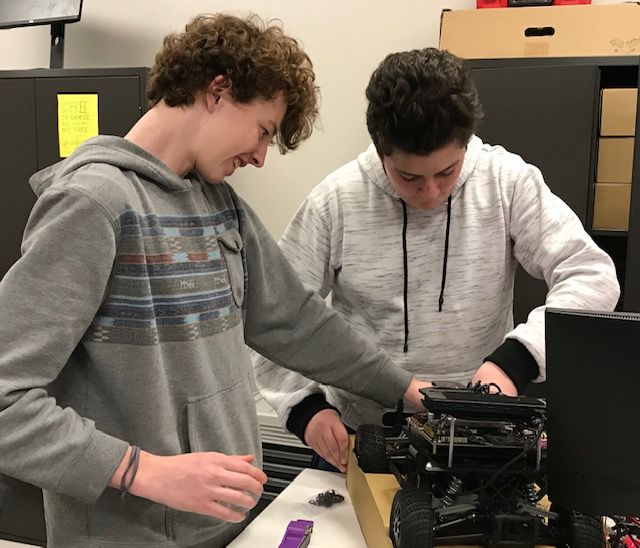 Brent Greene talks with a few of his students in the autonomous vehicles class he teaches at Franklin High School.

Sophomore Nima Aref jots down a few notes during the autonomous vehicles class at Franklin High.

In Brent Greene’s classroom in the Claude Yates Annex at Franklin High School, students were ambling in one recent morning and grabbing the tools and materials they would need to solve that day’s problems.

After a few nods of greetings, they assembled into teams of four or five and began tinkering with a 1/10th-scale RC car. They got down to business quickly, consulting with their teammates and asking Mr. Greene the occasional question.

They all shared one goal: to turn the model into an autonomous vehicle, a smart car whose programming designed by high school students would apply to full-size vehicles and what is fast becoming the real world of transportation.

The class is coding/autonomous vehicles, which is offered through Williamson County Schools’ College, Career and Technical Education program. In addition to Franklin High, the course is also available at Brentwood and Independence high schools.

Greene started the program at Franklin High three years ago, and though students are expected to design and build a replica of a self-driving car by the end of the school year, he said it’s actually more of a problem-solving class.

“What they learn in this class is how to solve a problem,” Green said, “how to think through it, how to take the problem that’s been given and break it down to the simplest components of what they actually have to solve. And they learn that from the beginning.

“I want it to feel like it’s the real world.”

Greene came to Franklin High School five years ago, and helped expand a coding course that was then only part-time. Within a couple of years, he was asked to build an autonomous vehicle class. To prepare, Greene visited a college preparatory program at MIT — yes, that MIT — in Massachusetts.

It wasn't what he was expecting.

“I went up there to see what their program was about,” Greene said. “I thought they had something like the idea I had, but their idea was to give students a built car — a programmed car — and have them write the scripts and make it drive. That’s just not a big challenge. That’s not hard enough for a student to be successful or even feel successful.

“These were college prep students and they were cream of the crop. I wanted to get something that any students in the school could come in and be successful.”

In other words, Greene designed the course so students would essentially start from scratch. They would make mistakes for sure, but each mistake would be a lesson learned and, thus, a stepping stone to success.

“It’s a really fun, interactive program,” said Morgan Gnagy, a junior. “It’s a lot of real world stuff, it’s not just hypotheticals and ‘this is what the teacher wants.’ You use what you know and learn as you go.”

Students seem to agree that learning on the go is best accomplished through teamwork. In this particular class, there are two teams working on two cars, with half the students working on the assembly side and half on the programming side.

“Some of us are good at building the car and some of us are good at programming, so it really helps to move things along,” said sophomore Nima Aref. “You get really good ideas from teammates. When I’m working on this, I know how it works. So I’m less afraid of it because I know it’s going to work.

“This program is great, and it’s going to help later in life.”

Greene said the program will expand next year to include a cyber-security element.

As for the more immediate future, Greene is keeping a tight lid on a project he had mentioned back in September during the 2019 Education Summit hosted by Williamson Inc. at the Factory at Franklin. He told the audience then that his students “are working on something right now that is going to revolutionize not only the school system and how it operates but also how the city of Franklin and eventually the entire county will operate and move.”

He said just recently the “big reveal” should happen in April.