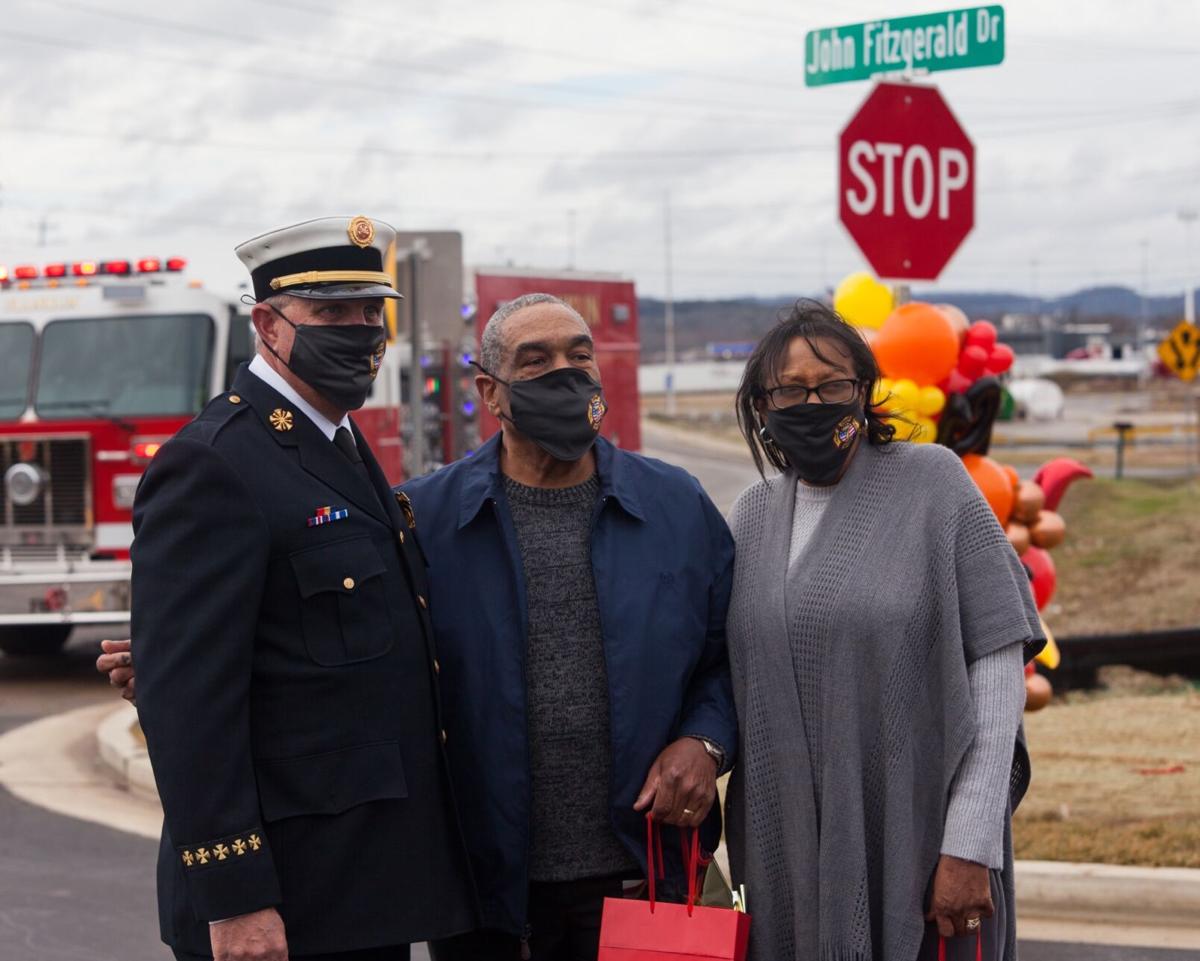 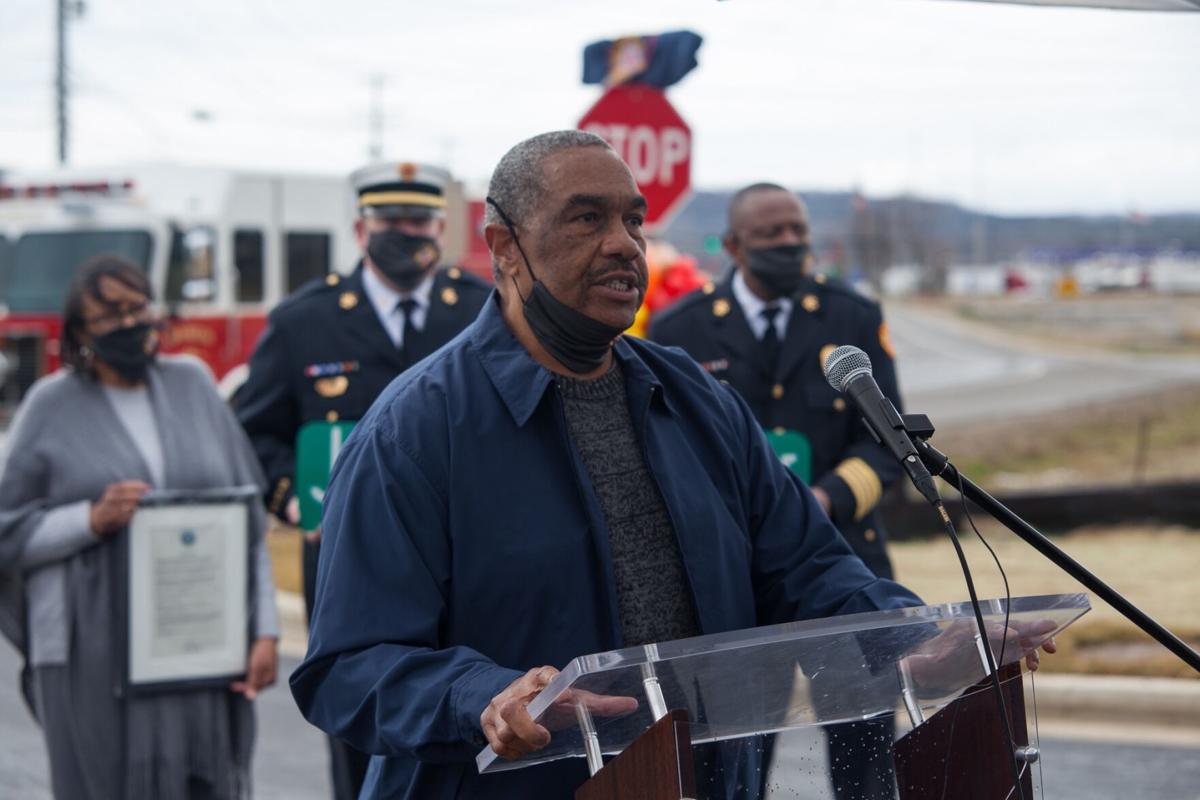 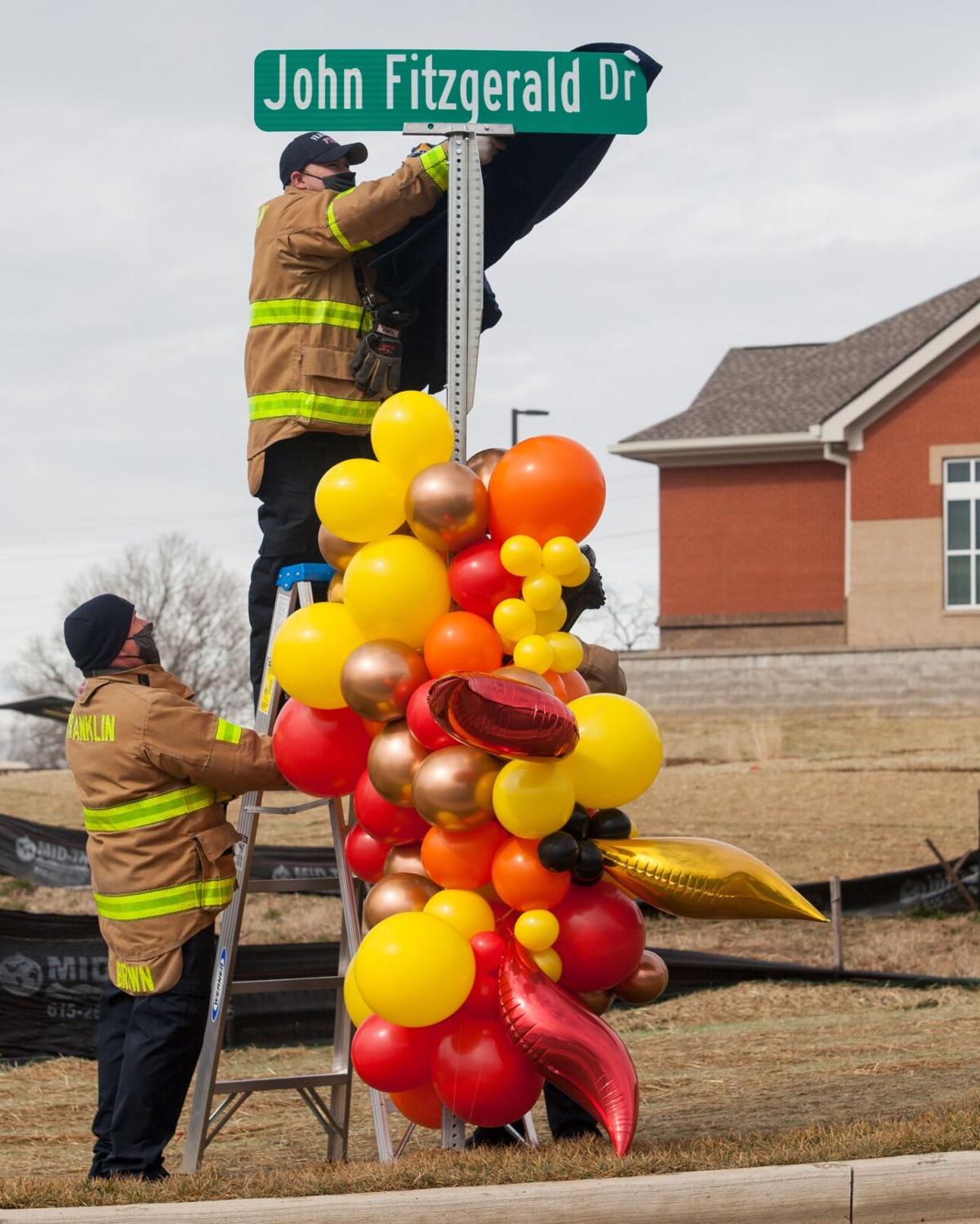 The event took place on Friday afternoon after it was postponed by more than a week due to inclement weather.

Due to the ongoing COVID-19 pandemic, the event was closed to the public, but was live-streamed on the City of Franklin’s Facebook page.

The ceremony was attended by several city and FFD officials, as well as first responders from across the county, and featured speeches by Fitzgerald as well as Franklin City Administrator Eric Stuckey, Franklin Mayor Ken Moore and Franklin Fire Chief Glenn Johnson.

Fitzgerald was born in 1950 and is a Franklin native who attended Natchez High School before graduating from Franklin High School in 1968 after schools were integrated.

Fitzgerald served in nearly every position over his 34-year career, including Interim Fire Chief, retiring in 2006 as Assistant Chief and B-Shift Commander.

“I just can’t thank you enough and you’ll be a page in the storybook of my life forever,” Fitzgerald said, recalling his career with the department that he said was due in large part to the camaraderie and support of his fellow firefighters, some of whom have since retired or passed away, and some of whom continue to serve the City of Franklin to this day.

“This gesture shows how much Chief Fitzgerald was respected and what an impact he not only had on our community but our department and our city,” current FFD Chief Glenn Johnson said, noting his own personal history of working under Fitzgerald’s command that he said exemplified “compassion, integrity and professionalism.”

The road leads to FFD’s newest fire station which will have it’s own grand opening event next week.

“The address here is 1972 — 1972 was the year that Chief Fitzgerald became a firefighter in the City of Franklin so the year that he began his career here will forever live here at Station 7,” Johnson said. “I was proud that I was able to call him ‘Chief’ and now I’m proud to be able to name this road after him.”

The ceremony ended with a reverse parade of FFD vehicles and personnel who honored Fitzgerald. The entire program can be viewed below.