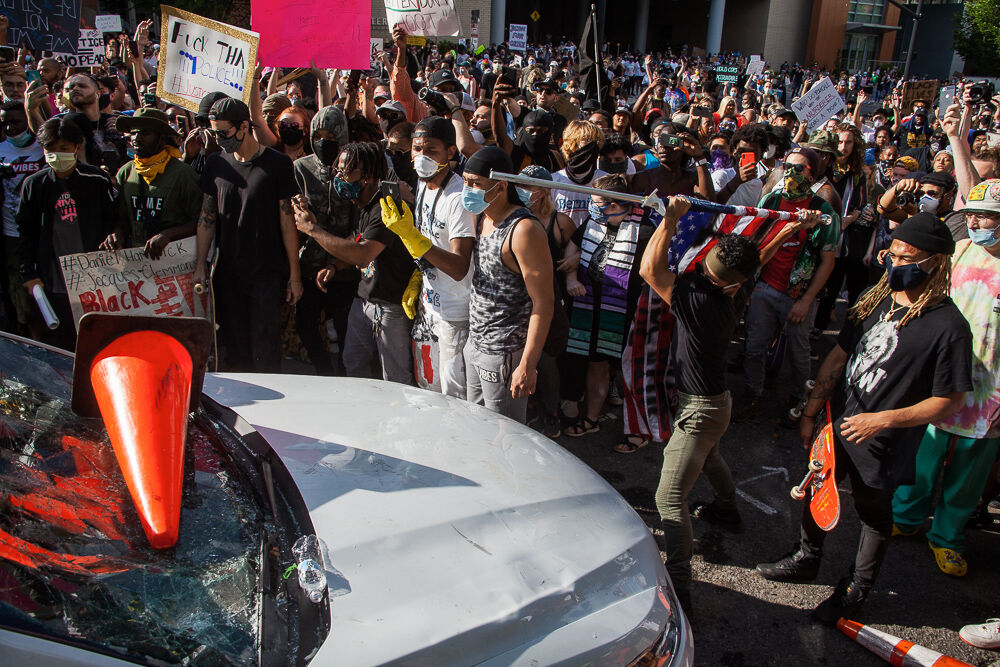 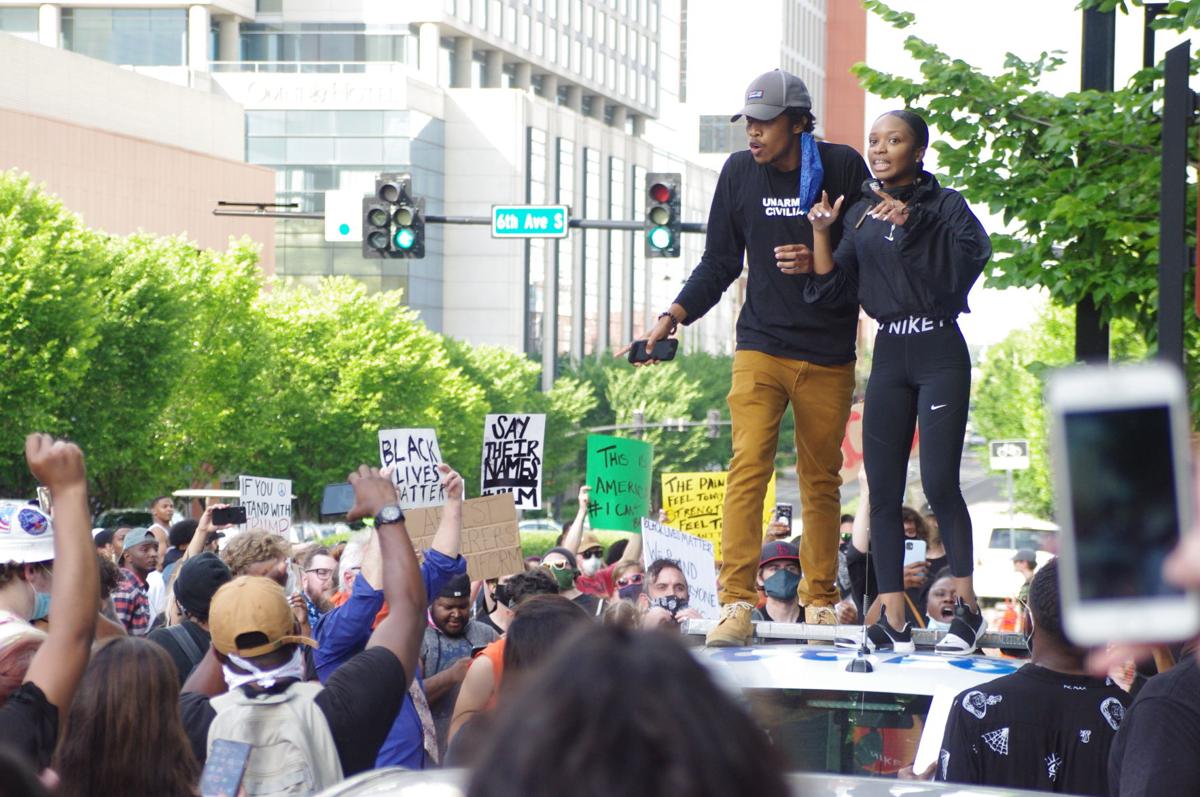 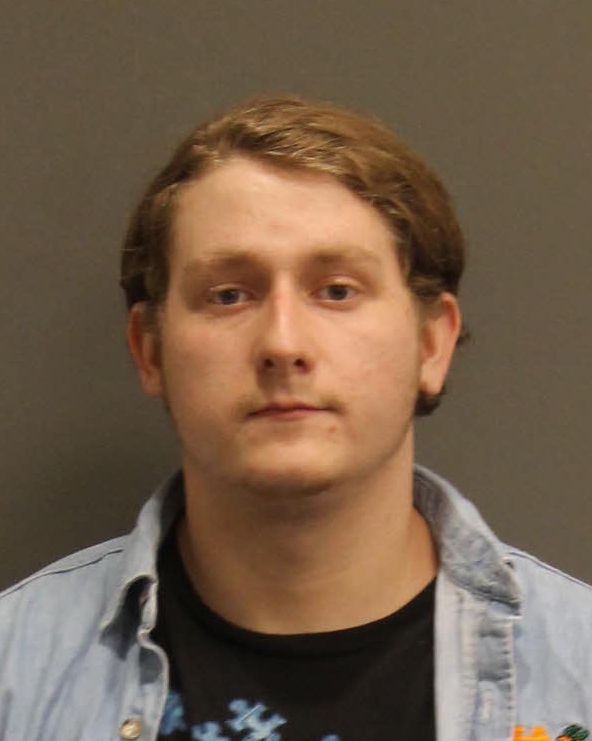 UPDATE (11 p.m.): The Metro Nashville Police Department announced on Thursday night that 22-year-old Daniel Jackson Lane of Franklin turned himself in to authorities hours after the department issued a warrant for his arrest in connection to Saturday's riot in Nashville.

According to a news release, Lane surrendered himself at the Davidson County Detention Center late this afternoon where he was charged with aggravated rioting and felony vandalism after police say that Lane spray painted a police car outside of Central Precinct.

No court date has been set for Lane at this time.

On Thursday MNPD announced in a news release that they have issued an arrest warrant for 22-year-old Daniel Lane of Franklin, who they allege spray painted a police car in Nashville on Saturday.

According to a news release, police say he was photographed spray painting an MNPD patrol car outside of the Central Precinct on Saturday afternoon when protestors swamped several police vehicles, hitting the cars with rocks, jumping on the vehicles and attempting to set the vehicles on fire.

Police report that 18 MNPD vehicles were damaged during the protest Saturday with 11 of the 18 remaining out of service.

Police also announced felony aggravated rioting arrest warrants for 24-year-old Justin Bautista-Jones and 23-year-old Jeneisha C. Harris, both of Nashville and both of whom are prominent activists in Nashville. The release from MNPD says Jones and Harris were "photographed walking on the car."

[UPDATE, 4:02 p.m.: MNPD sent a statement saying, "After a review of additional information from last Saturday, some of which was just received this afternoon, the MNPD and District Attorney General Glenn Funk agree that the arrest warrants issued last night against Justin-Bautista-Jones and Janeisha Harris will be recalled for the present."]

On Saturday MNPD arrested 28 people in connection with the unrest including another Williamson County resident, 28-year-old Carlin Goertel who was charged with Disorderly Conduct.

Since Saturday's events in Nashville numerous protests have happened across Middle Tennessee including several peaceful gatherings across Williamson County including in Franklin and Spring Hill after the killing of 46-year-old African American man George Floyd in Minnesota during an arrest by Minneapolis Police on May 25.