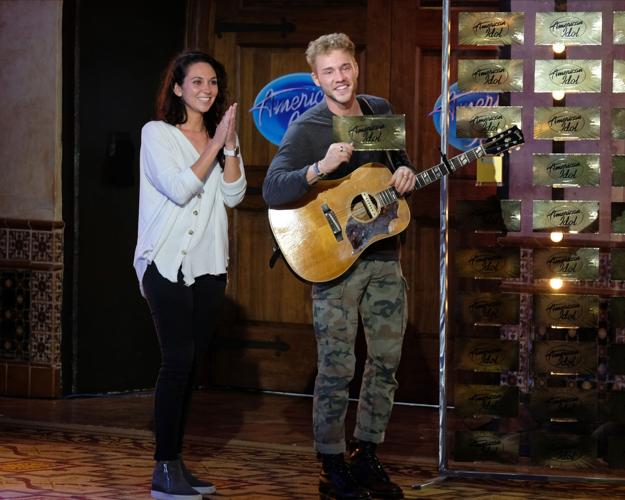 Alongside his sister Maddie, Hunter Metts proudly displays his golden ticket which will see him advance to the next round in Hollywood, California. (ABC/John Fleenor) 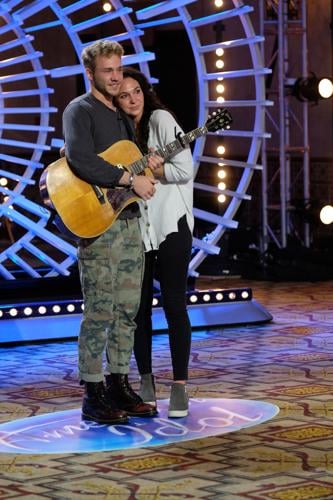 Metts performed an original piece during his audition at the urging of family members.

The 22-year-old aspiring musician and Franklin native has been eyeing American Idol as his chance to become an established name in the music industry for years, however, a number of circumstances have stood in the way of him achieving that goal.

His parents also pursued careers in the music industry, but had seen "some hard times" in achieving success. Witnessing the risks associated with pursing a career in music firsthand, Metts decided to study at the Nashville Software School and landed a lucrative career as a software developer.

Despite his new career in coding, Metts lifelong dream of establishing himself as a successful musician never truly died, and so when he saw American Idol was holding auditions in the fall of 2018, he decided to give it a shot.

It was after the second year that Maddie quit her job to see to it that her brother could get a fair shot at becoming the next American Idol.

From there, Metts advanced through the first round of this season's auditions  and went on to perform in front of this season's judges — Luke Bryan, Katy Perry and Lionel Richie — for a chance to win a ticket to Hollywood.

That performance aired for the first time over the weekend.

Joined by his sister Maddie, Metts said her support made all the difference.

"My sister Maddie is here today with me and it means the world, I feel like she can just relate to the weight that this day holds," Metts said.

Walking into the judge's room for the first time, Metts was greeted by Bryan who asked him where he was from.

"Not far from me," Bryan fired back.

The two shared pleasantries about their time in Franklin, notably about how both of them had been servers at one point at the Franklin Chop House, a Franklin restaurant on Murfreesboro Road.

"I worked at the Franklin Chop House," Bryan said. "There may be some magic in those cheddar biscuits!"

Guitar in hand, Metts then performed three songs; "All The Pretty Girls" by KALEO, "Rainbow" by Kacey Musgraves, and an original song titled "It's You."

Before the judges cast their votes, Bryan posed a question to Metts' sister.

"How can you rob your brother of like two and half years of American Idol opportunity," Bryan asked jokingly.

"He said that he was OK, that it wasn't the right time [and] it wasn't meant to be," Maddie answered. "Then he said OK, maybe this year's the year."

Following the brief back and forth, Richie was first to share his decision with Metts.

"I am very excited about this vote that I'm casting because it's a positive vote — I think — in the right direction," Richie said. "It's called 'yes.'"

Perry said he felt Metts was a "top 10" performer, and also voted yes.

And with that, Metts will head to Hollywood where he'll compete for the chance to become 2021's American Idol.

"My whole life I feel like I've played it safe and done something that's super comfortable but today didn't," Metts said on his performance. "[I] took a risk and today I have this ticket and I'm going to Hollywood."