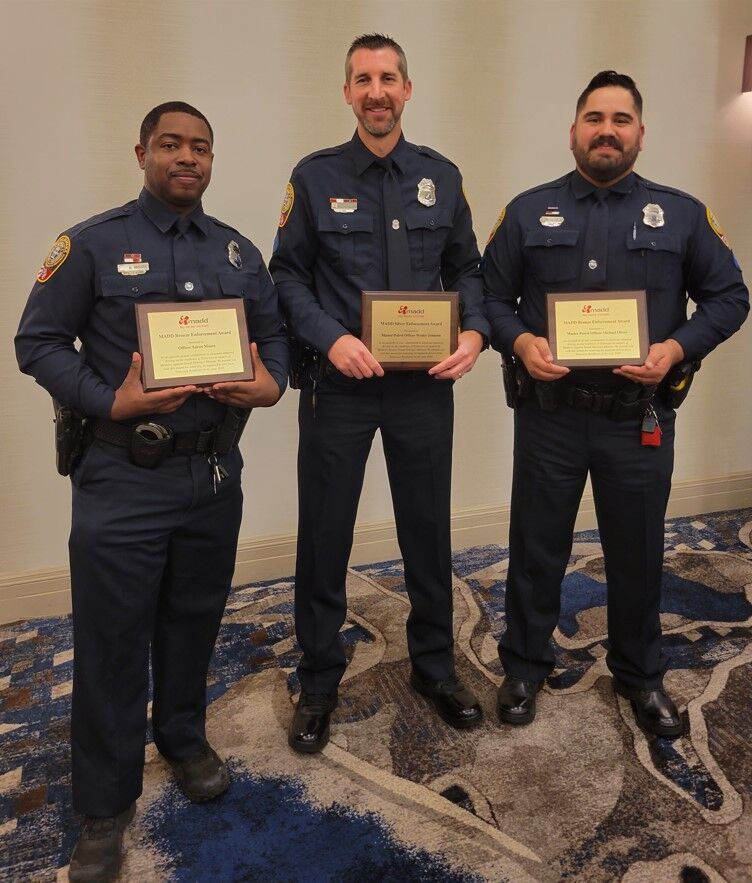 FPD reports that all three officers are responsible for 46 percent, or 260, of the department's DUI arrests in 2020.

"These officers have worked diligently to protect the streets of Franklin from impaired drivers and spent countless hours in court with the hope of reducing injuries and deaths caused by such an avoidable crime," the news release reads.

FPD Officers J.P. Sullivan Tuck and Officer Joe LeCates were both recognized by the Tennessee Highway Safety Office for their traffic safety efforts including enforcement of Tennessee’s hands-free law and for enforcing laws around school bus safety.