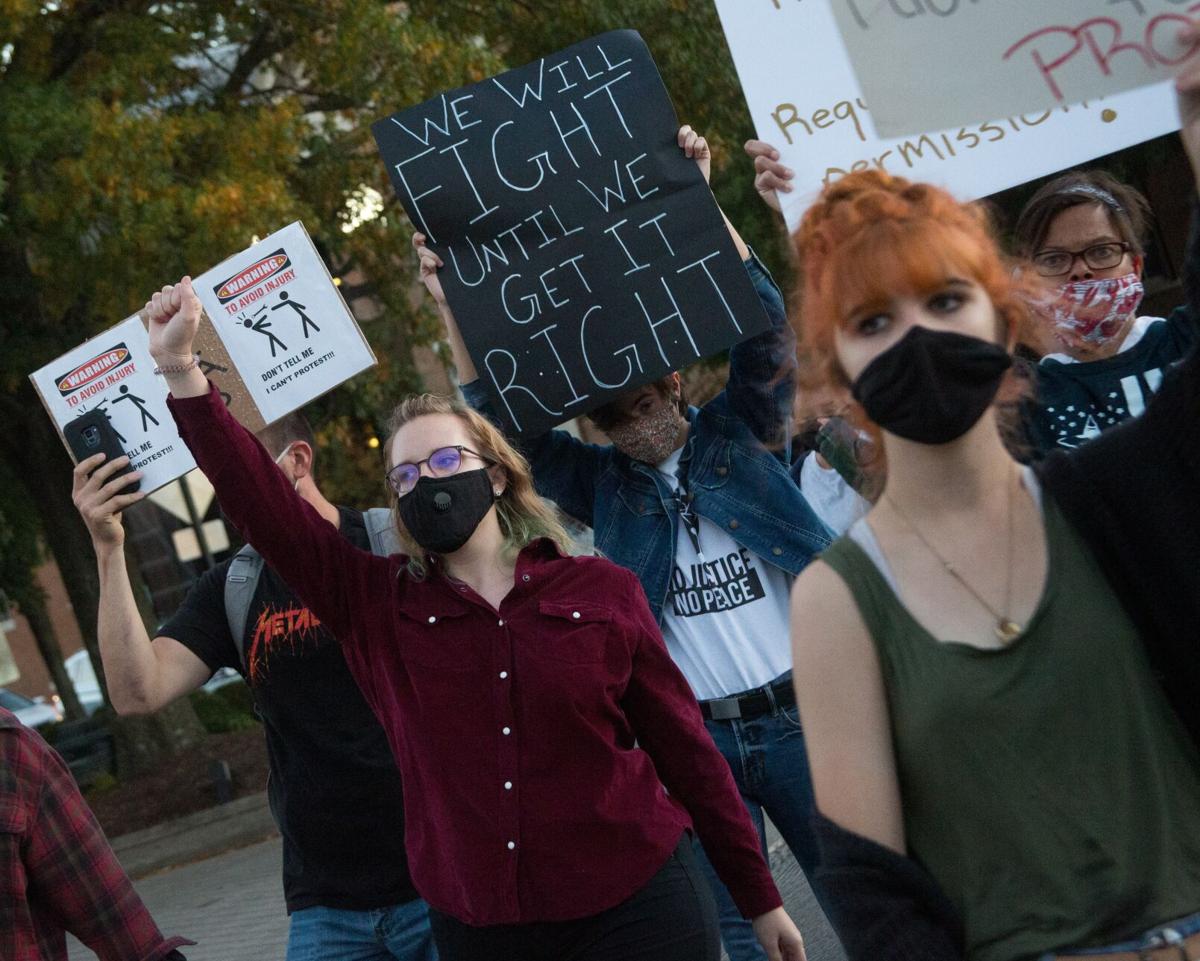 The protests saw around 20 people march through downtown Franklin. 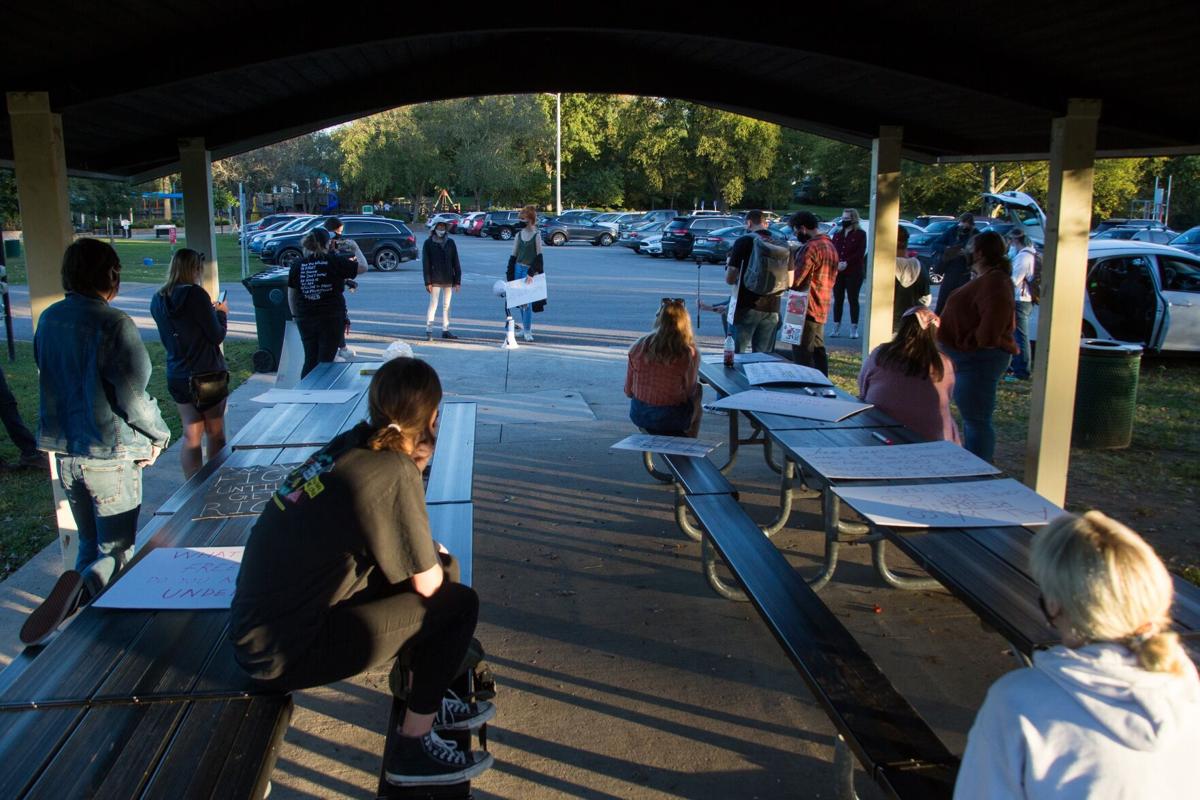 Protesters wait at Pinkerton Park ahead of their march towards downtown Franklin. 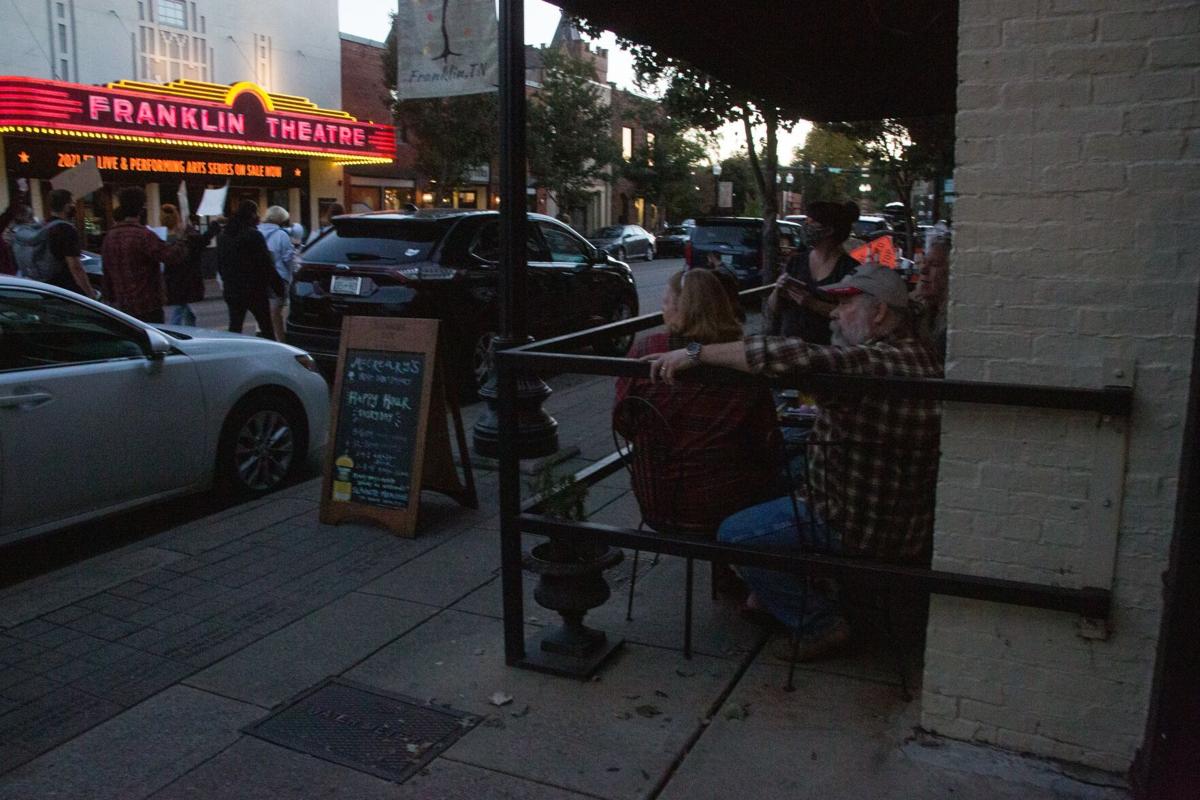 Restaurant goers look on as protesters march past the Franklin Theatre. 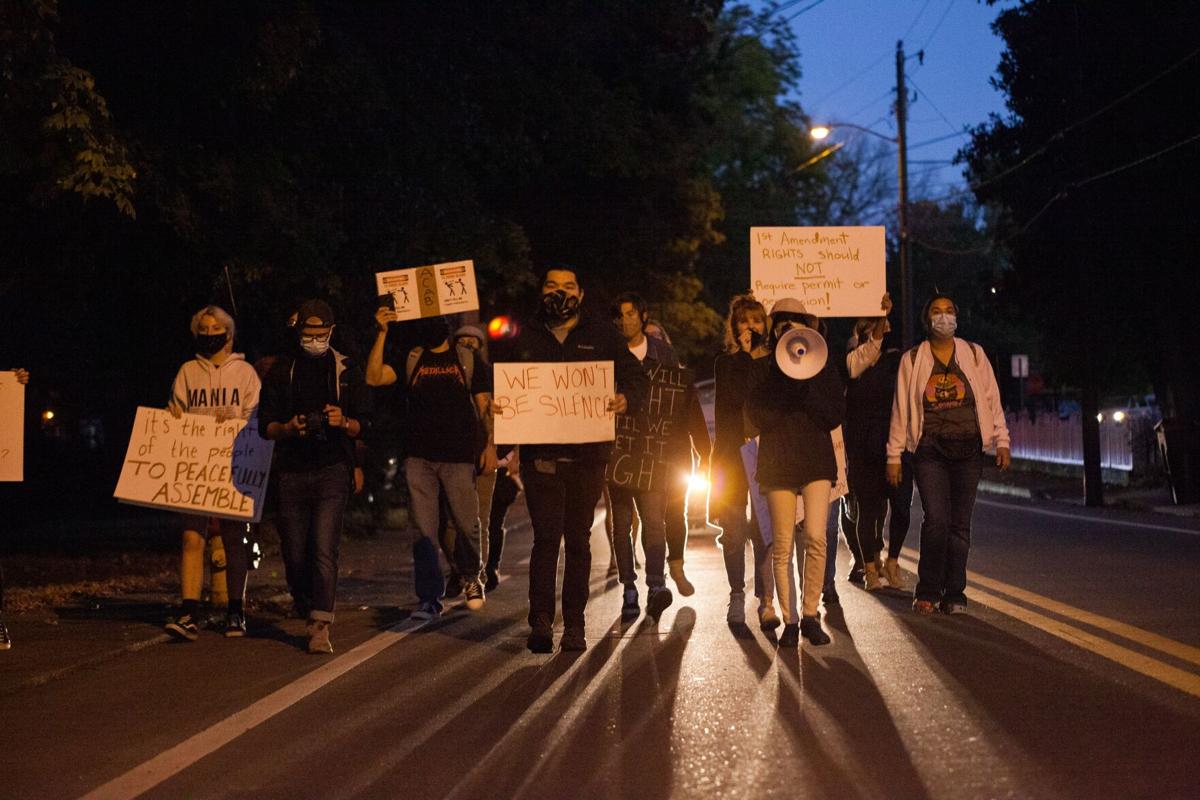 Protesters marched for hours down the streets of downtown Franklin. 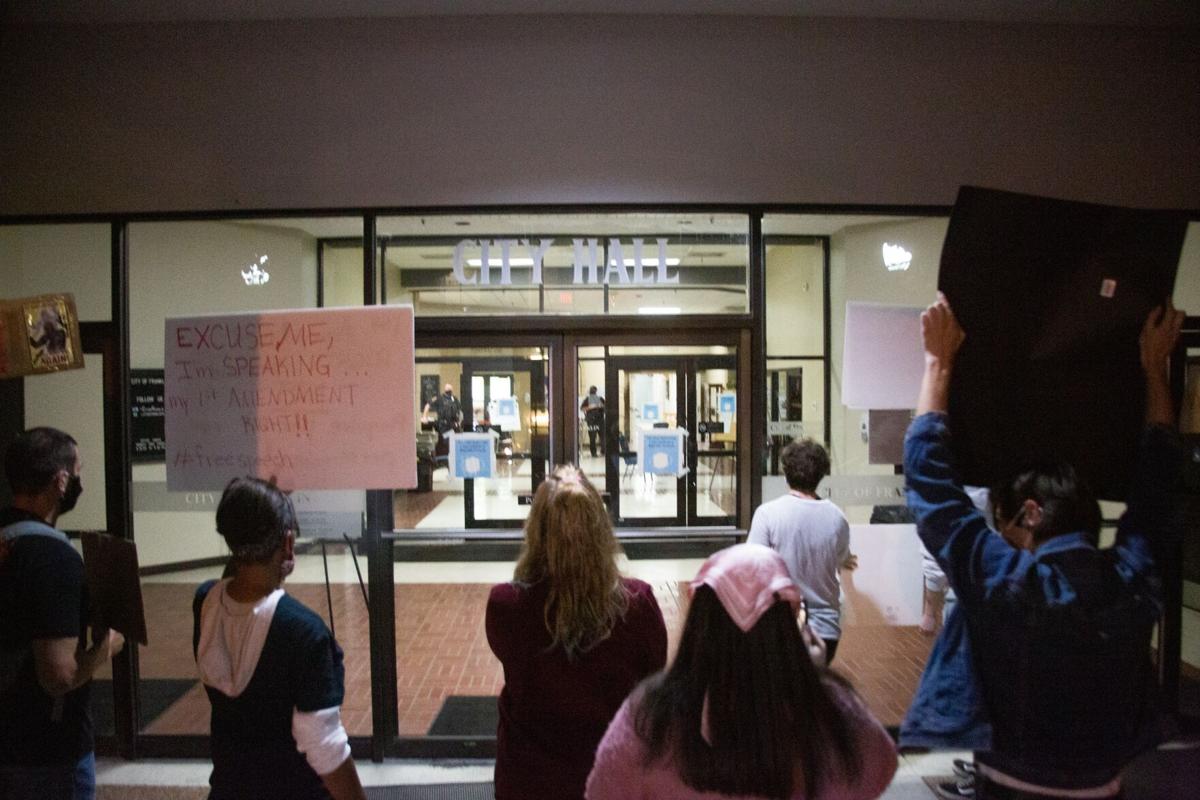 A little after 8:30 p.m. Tuesday, the Franklin Board of Mayor and Aldermen voted 5-4 to require gatherings of more than 20 people — including protests — to first obtain written permission from the city by way of a permit.

The measure, which was done by amending a line in Franklin’s municipal code regarding large gatherings, has been met with strong opposition by multiple activist organizations, including the Franklin Justice & Equity Coalition, The Public Franklin, and The People’s Plaza.

The People’s Plaza, which is a collection of protesters that have been demanding police reform, organized a protest ahead of the vote in what would become the last protest before the city of Franklin started requiring a permit.

While the measure passed unanimously on its first reading back in September, four Franklin aldermen appeared to have a change of heart since then, leading the vote to reach a stalemate of 4-4. Breaking the tie was none other than Franklin Mayor Ken Moore, who ultimately voted in favor of protests requiring a permit.

About four hours before Franklin leaders passed the measure to require permits for protests, a group of 20 or so protesters met at Pinkerton Park in Franklin. Sitting under a pavilion and making signs, the protesters prepped to march towards downtown Franklin and to City Hall.

Among those leading the protest was Franklin resident Angel Stansberry, who aside from running a nonprofit that feeds hundreds of homeless people in Nashville a week, actively helps lead protests and demonstrations on a regular basis.

“They’re going to be voting on this tonight, and so we’re right on time,” Stansberry said to the small group of protesters under the pavilion. “We’re on the side of truth and justice - this is good trouble.”

Immediately upon reaching houses after crossing the Harpeth River, a nearby homeowner began to shout “Trump 2020” from a sidewalk.

As protesters marched through the downtown area, a few motorists sped past the demonstration, which had blocked off a single lane of traffic.

Marching through suburban neighborhoods, one lone protester plucked two "Trump 2020" yard signs from a house's front lawn before quickly dropping them on the sidewalk a few yards away. As the signs were grabbed behind the marching protesters, the act went unnoticed.

Upon reaching City Hall, protesters pressed their signs against the glass of the front entrance, chanting things like “Ken Moore has got to go” and “Franklin PD is not the solution.”

Upon hearing the news that the measure had passed, protesters remained outside City Hall for another hour, continuing their chants and occasionally engaging in arguments with passing motorists.

“What are y’all doing,” one passing motorists asked the protesters.

The motorist asked protesters what they were protesting, to which a protester explained what Franklin city leaders had just passed.

“I like it, hell yea,” said the motorist, who began to drive away while saying “your sister called, she wants her shorts back. Trump 2020!”

That same motorist would later come back and engage in a heated argument with protesters before being drowned out by chants.