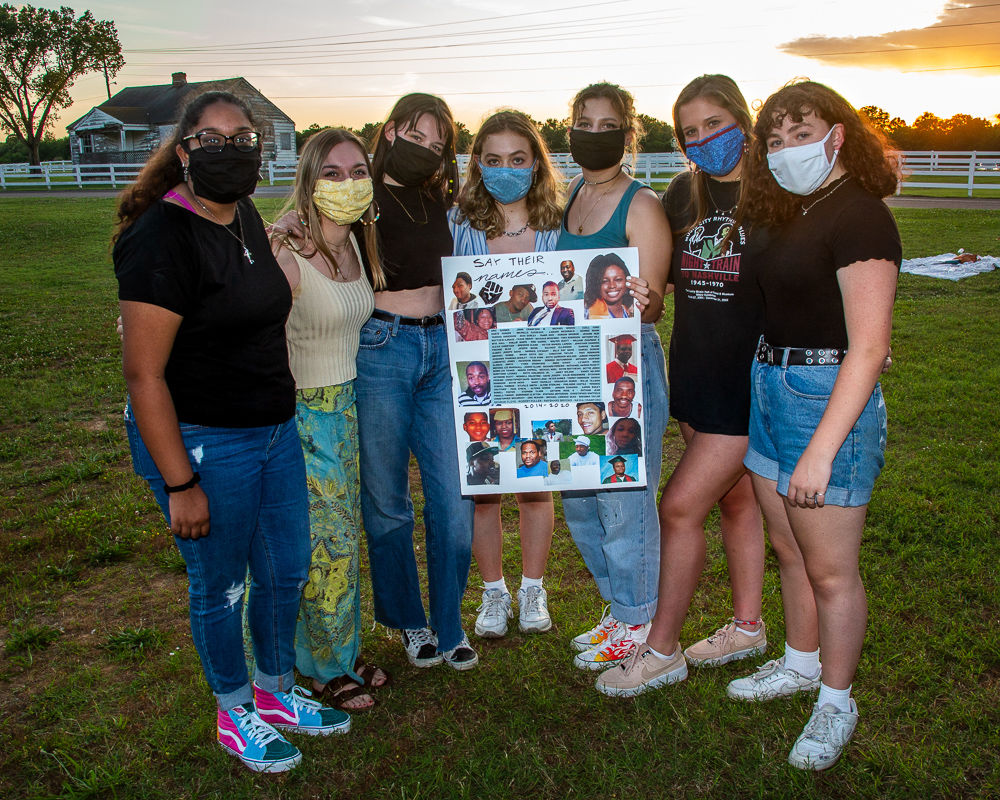 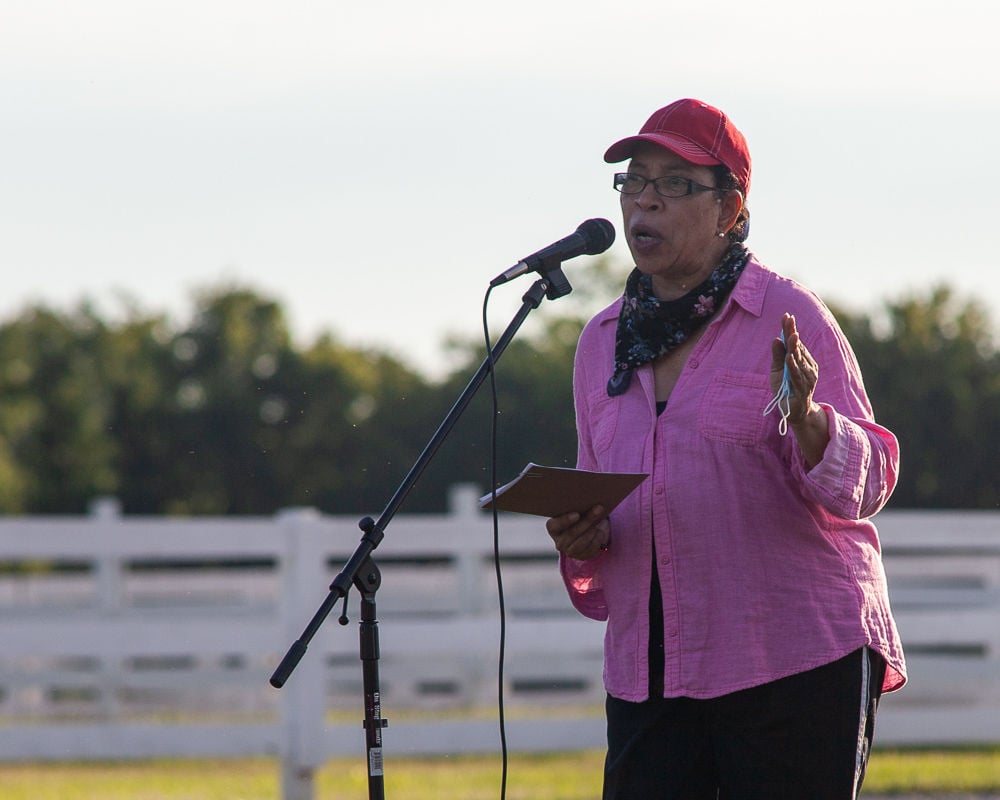 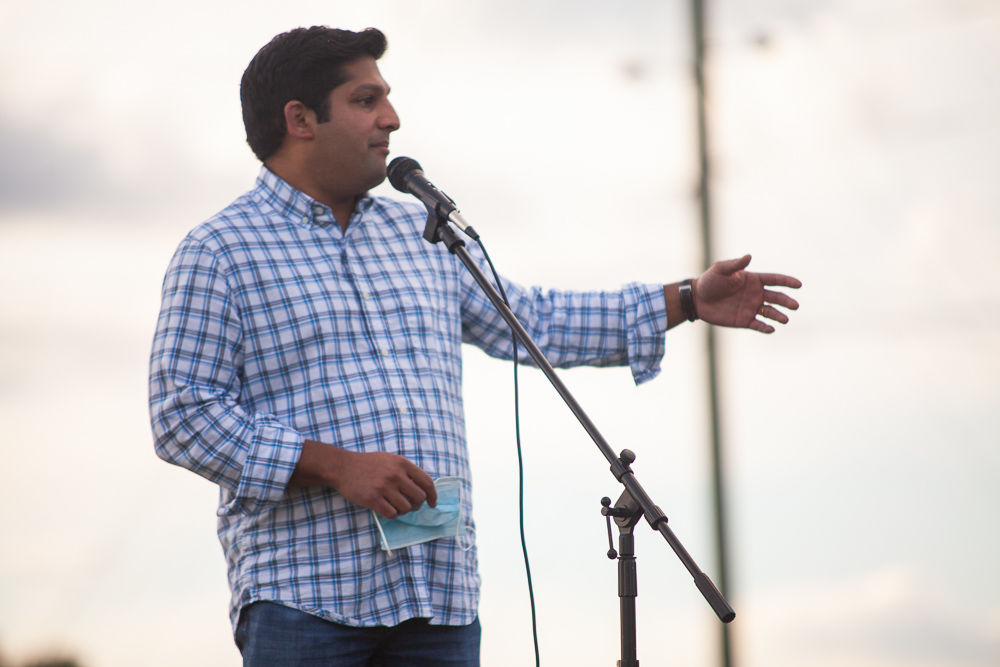 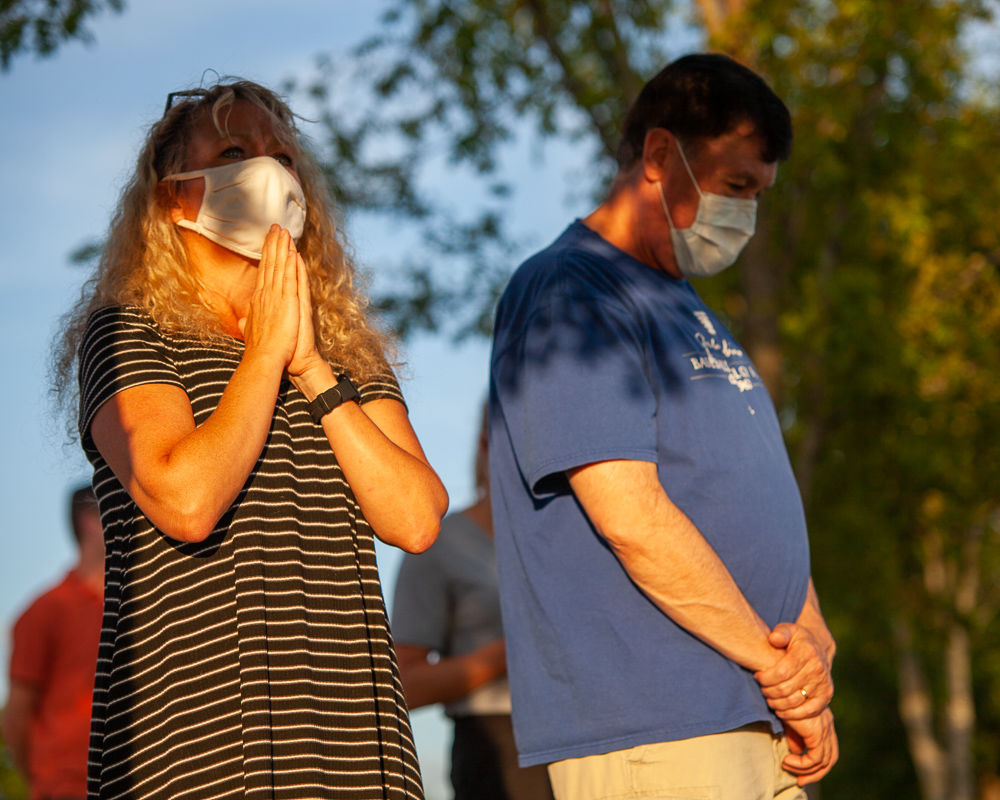 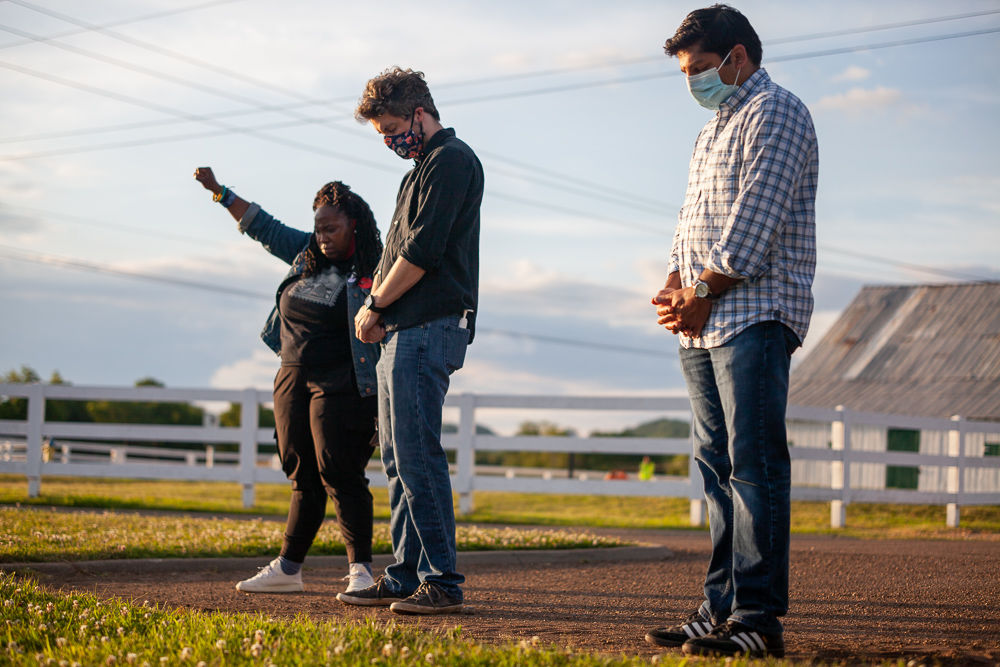 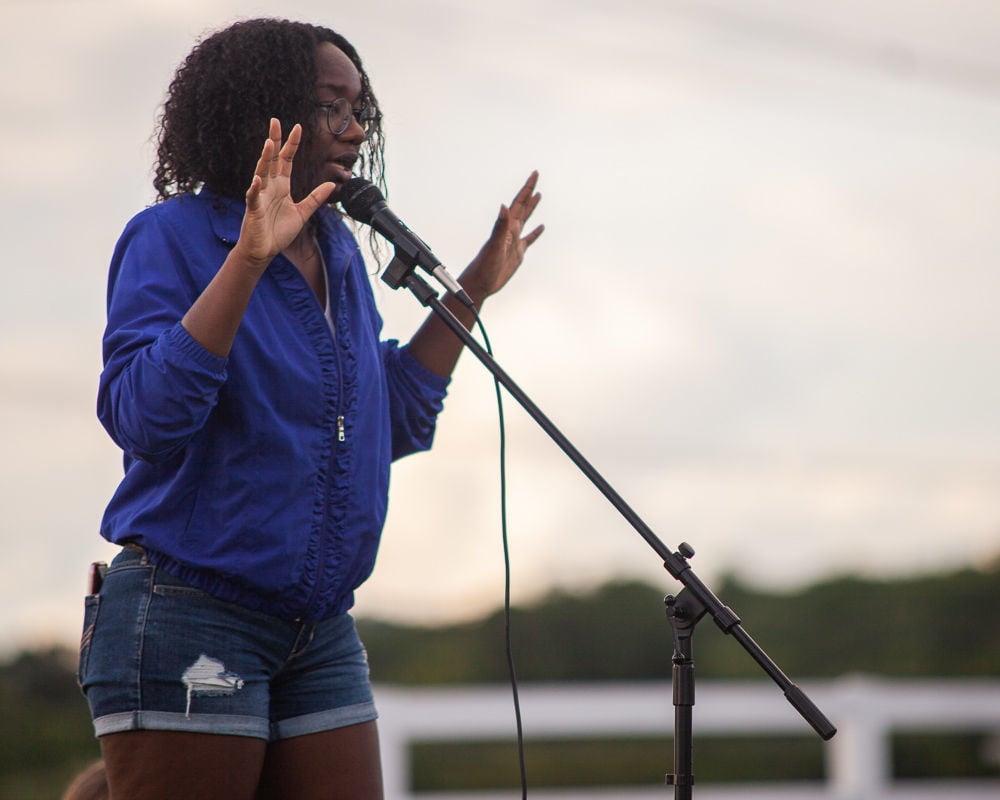 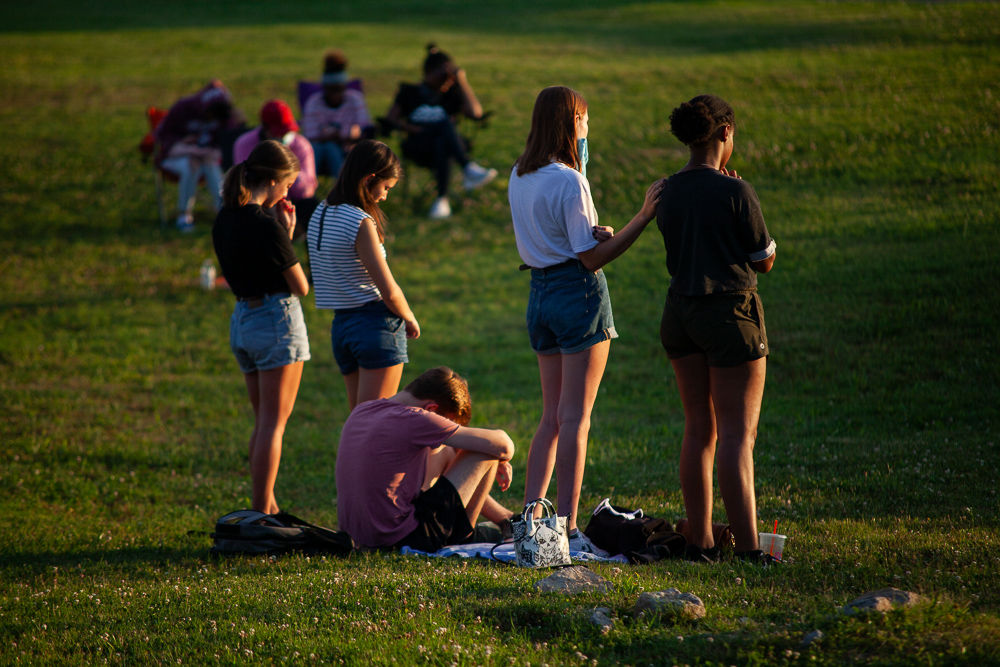 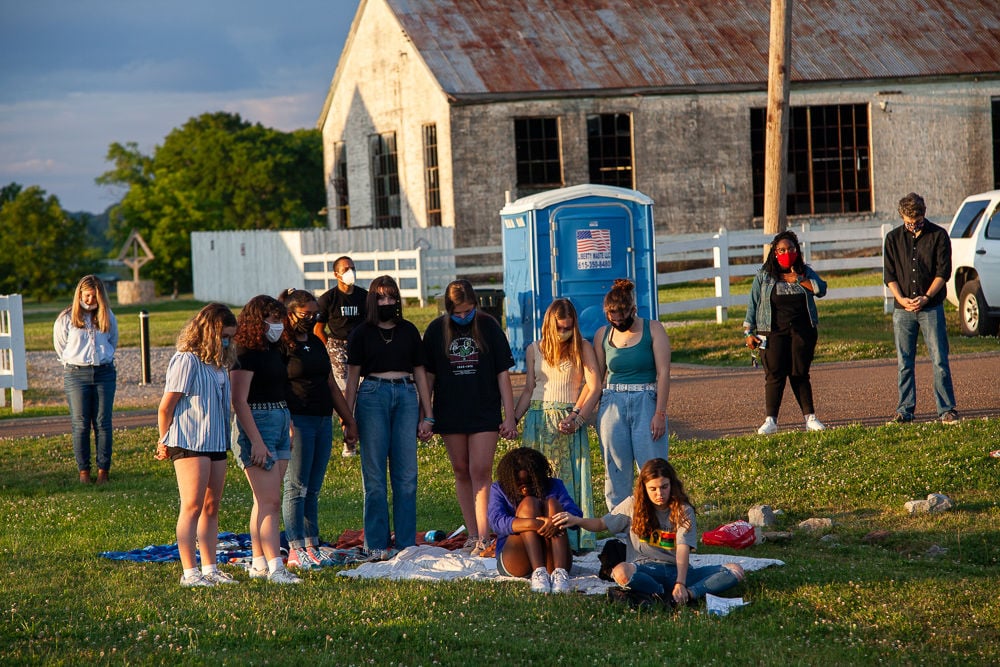 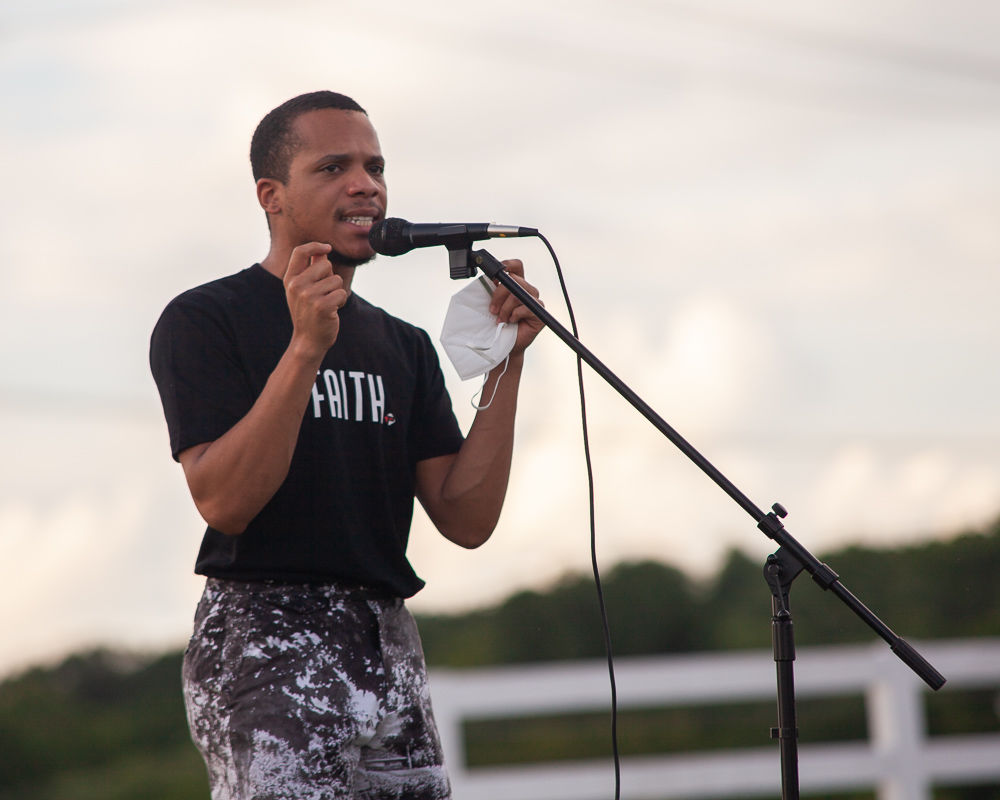 Seven Centennial High School students who formed the activist group Franklin Teens For Justice held a vigil to honor those who have died due to police brutality on Wednesday at Harlinsdale Farm.

The event attracted more than 100 people for an evening of powerful testimonies and challenging conversations around race.

Attendees gathered for the 6 p.m., sitting on blankets or in lawn chairs separated by six feet in the green lawn of the farm for the Say Their Names Memorial.

The organizers are aged 14 to 17 and are all friends who realized that their friendship and common interest in discussing the issues of racial injustice could be focused into action within their own community.

Speakers of all ages, races and genders addressed their personal experiences dealing with or witnessing racism in the form of speeches and poems before the crowd fell silent for 8 minutes and 46 seconds, the amount of time that George Floyd was pinned to the ground by a Minneapolis, Minnesota Police officer.

Floyd's death is one of the latest deaths of African Americans by police that has sparked protests across the nation.

Genevieve Phillips spoke about and read from Martin Luther King Jr.'s "Letter from a Birmingham Jail," where she called out the inaction of white moderates, who speak on the issue of racial injustice when it is popular to do so without further dialogue or action, as well as those who stand in opposition of how African Americans choose to express collective grief.

Phillips specifically cited Blackout Tuesday, a collective action to protest racism and police brutality online where social media accounts posted a single black image on June 2, calling it "performance activism," a sentiment that has been expressed widely online as well.

"This isn't a trend and it shouldn't be treated like that," Phillips said. "Especially to the people who posted it and archived it after 24 hours then went on with their lives posting beach pictures, pictures with their friends and staying silent on the issue. This is not a trend, this doesn't end in 24 hours. You can archive that post and be done with it. Black people can't do that. This isn't a trend for them; this is their lives."

In addition to teens and students, several adults spoke at the vigil, including Franklin Alderman Pearl Bransford, who spoke about her personal experiences standing against injustice during the American Civil Rights Movement in the 1960s, and encouraged the students to continue to work toward change in their communities.

After the vigil concluded, the group of teens said they were happy and proud to see Franklin show up for the event.

"We definitely don't want to stop here," organizer Verona Collins said. "We want to keep uplifting black voices and keep protesting and all this stuff to make a change."

Beka Underhill closed the program by reciting of names of some of the victims of police brutality across the nation, including those killed nine years ago to the day in a mass shooting of African American worshipers at Emanuel African Methodist Episcopal Church in Charleston, South Carolina, by a white supremacist.

More information about Franklin Teens For Justice can be found here.