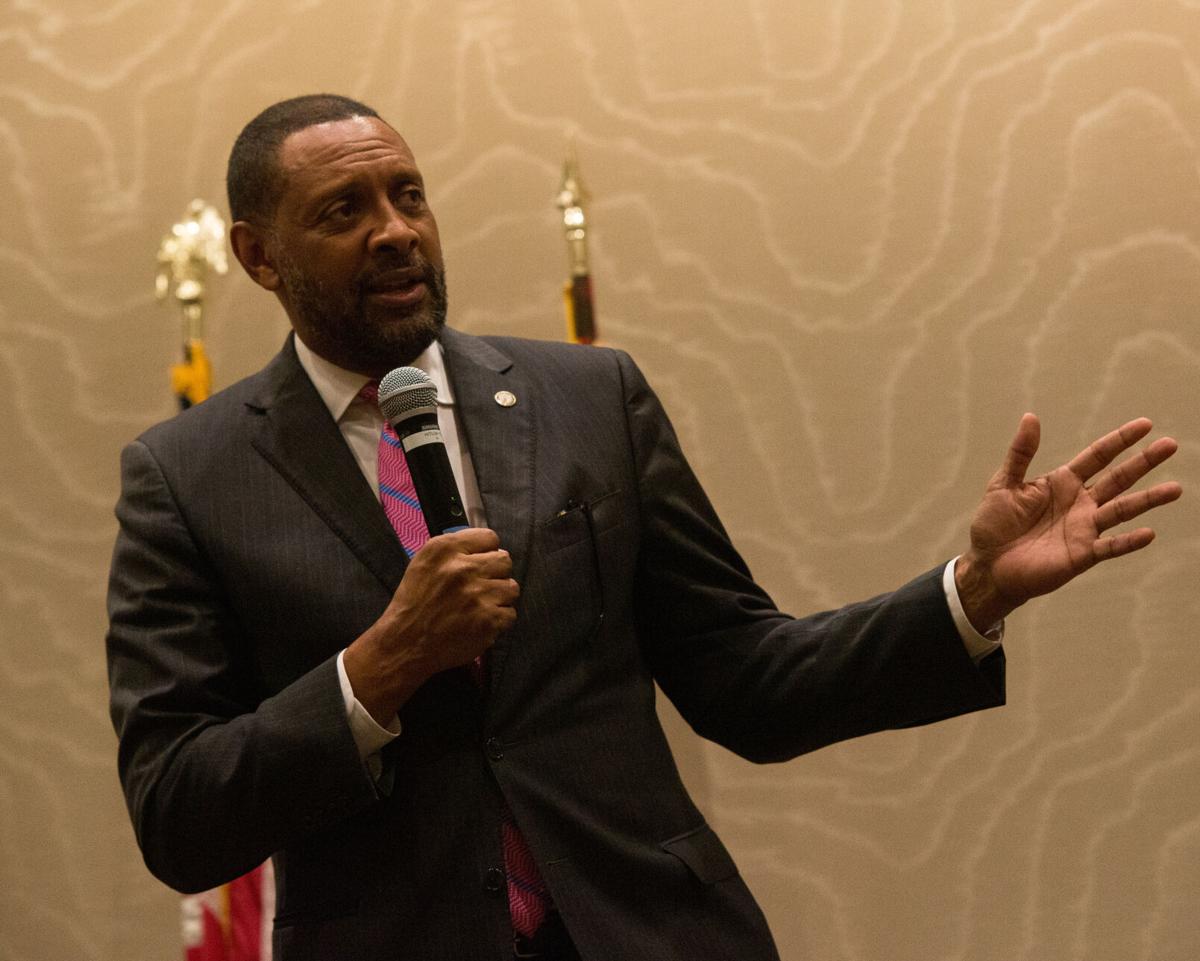 Georgia state Rep. Vernon Jones speaks to an audience at the Hilton Hotel in Franklin ahead of Election Day. 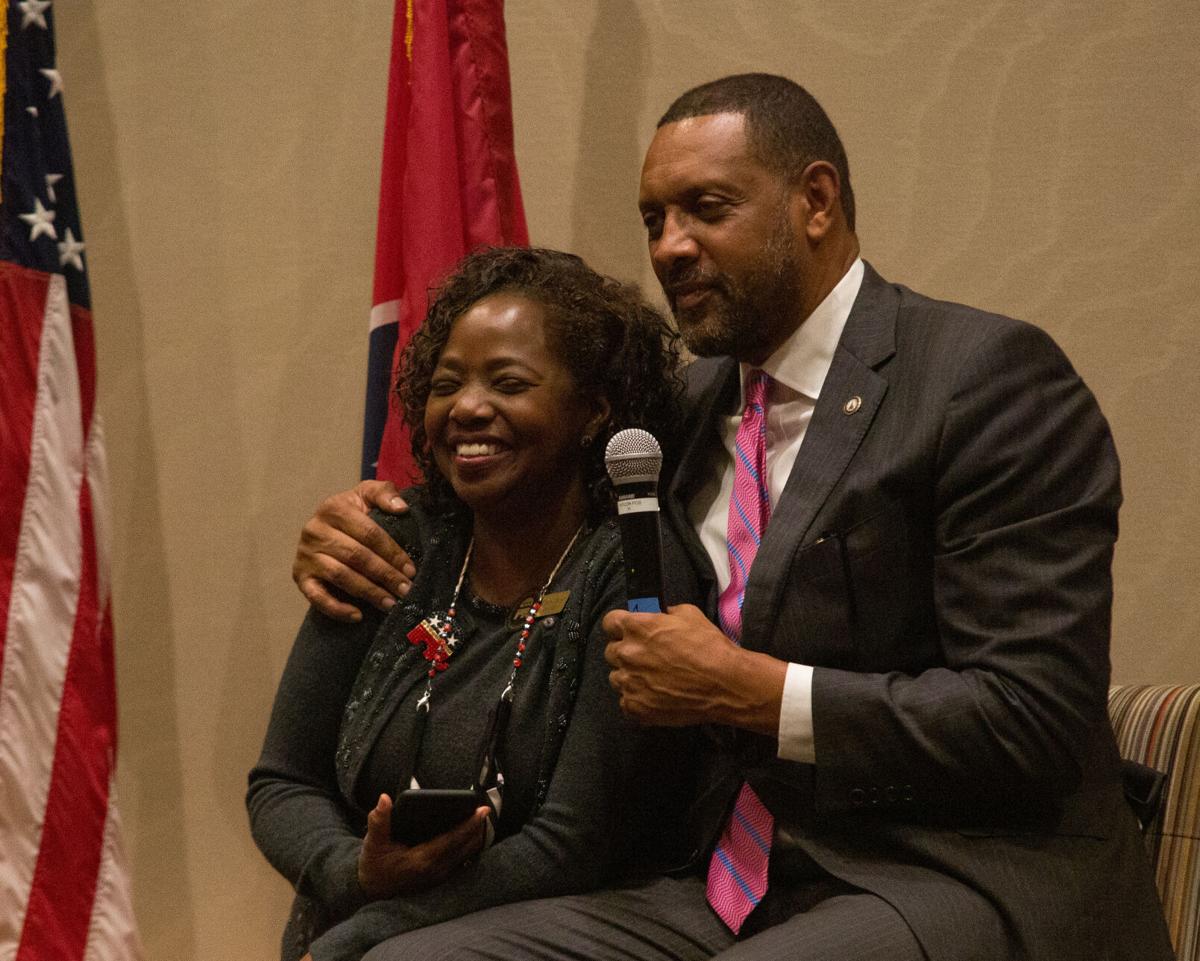 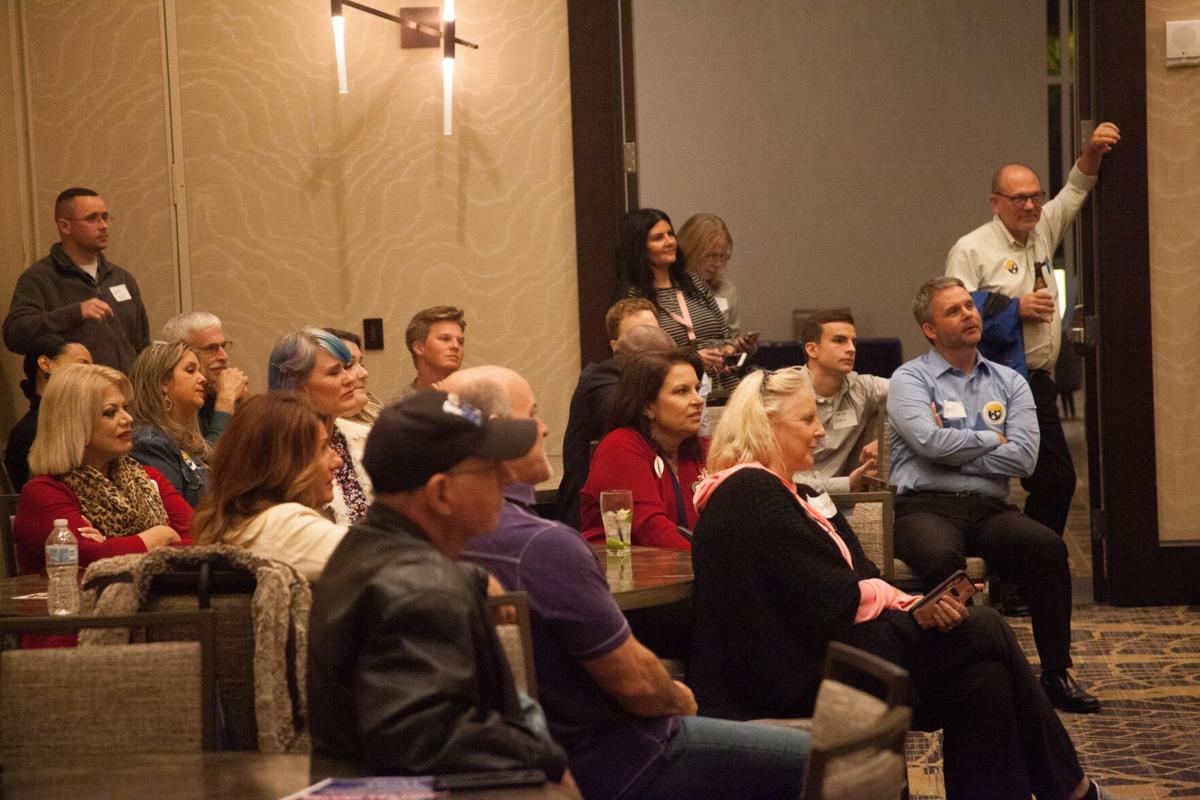 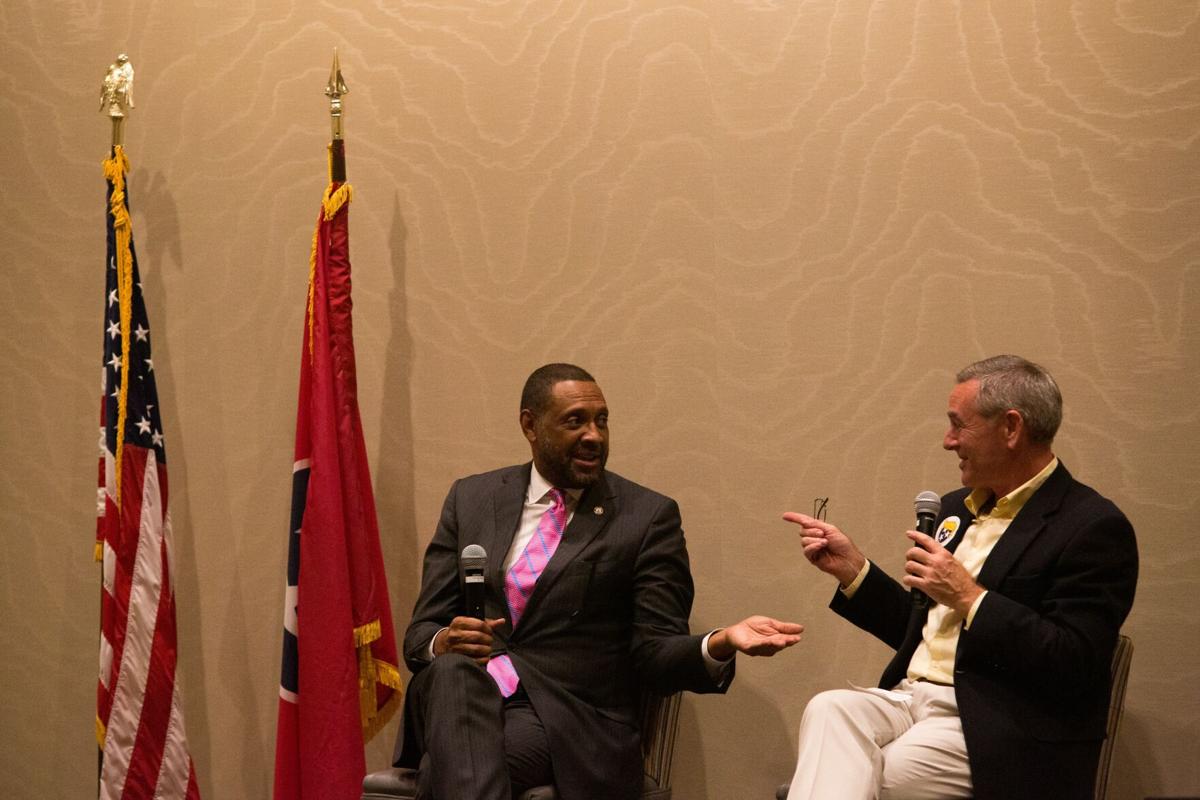 Jones has seen backlash from members of the Democratic Party for his endorsement of Trump over Joe Biden, and made national headlines in October for crowdsurfing at a Georgia Trump rally.

Casada heaped high praise onto Jones, sharing with the around two dozen spectators at the hotel that he had first heard of the Georgia representative when he spoke at the Republican National Convention.

"This nation was made by men like this who think independently, act independently, they know what’s right in their heart, they trust God, they like people and they work hard," Casada said of Jones.

"That’s what you have done, and it’s impressive because that spirit has made this country the greatest country known to mankind."

Jones, who returned words of praise to Casada, opened talks by reflecting on the struggles experienced by his parents.

Growing up on a farm in North Carolina, Jones' father joined the United States Army at 19 years-old, and saw action in Germany under General George Patton.

Jones recounted his father describing his experience in serving for the U.S. military as a black man, calling them "tough times." Jones remembered out loud that as a child, when he and his parents would go out to eat, they would never sit inside a restaurant, but rather, take the food to go.

"It wasn’t until later on that I realized the reason why my dad was not able to go inside was because he was colored," Jones said.

Despite the hardships his father experienced, both in the military and at home, Jones said his love for America never wavered.

"I have never heard him say a single thing against this country," Jones said. "He was more committed, more of a patriot, more of a great American than anybody I know."

Being in the unusual position of being a member of the Democratic Party and a staunch supporter of Trump, Jones described what eventually led him to his newfound beliefs.

"I went along with [the Democratic Party], but as I stayed there longer and longer, I saw them start to go farther and farther left, to the point now where the Democratic Party does not even support law enforcement," Jones said. "I’ve had to command a large police department, I’ve seen shootings on both sides."

Jones empathized with victims of unjust police killings, but stood firm that such incidents were no cause for riots.

"That does not call for rioting, and burning, and looting, and taking over government property," Jones said. "They were just looking for a reason to do this, and hide behind this other [reason] — Antifa is full of it. I get sick of them talking about black lives matter in Portland, you hardly have any black people in Portland."

Jones also touched on what he perceived to be an attack on traditional values by Black Lives Matter, particularly the "traditional family," often referred to as the nuclear family.

"When I think about Black Lives Matter, Black Lives Matter was started by three lesbian — three black ladies — and they’re number one goal was to destroy the nucleus of the black family. How many times [do] we talk about having the need of having a black father in that house?"

Continuing on the topic traditional norms, Jones also warned that the "straight man" is currently under a "direct attack."

"Right now, if you’re a straight man, there’s an attack on us," Jones said.

"There’s a direct attack to literally neutralize the straight man between the feminists who are man-angry, and between the LGBQT (LGBTQ) community. Now I’m not hating them because I love everybody, but let me tell you — if we men aren’t careful and start standing up, we won’t even exist anymore."

Moving to the Democratic presidential nominee Joe Biden, Jones slammed the former vice president for his support of the NAFTA trade agreement, an agreement that led to a $191.2 billion trade deficit by 2017 and the direct loss of more than 950,000 U.S. jobs.

Jones also slammed Biden for his praise of Robert Byrd, a former U.S. Senator from West Virginia and former member of the Klu Klux Klan.

Continuing on the topic of race, Jones pointed to Biden's infamous 1994 crime bill that encouraged states to institute more mandatory minimum sentencing, a bill that disproportionately affected black Americans. From 1994 to 2006, incarceration increased by more than 400% before beginning a still ongoing period of steady decline.

"That left is dangerous, and if Joe Biden gets elected, forget about your First and Second Amendment," Jones said.

"And they’re talking about Trump and the white suburban female? Let me tell you right now, the way they’re burning downtown? They’re going to come to the suburbs. They’re coming — if Joe Biden gets elected, they are coming."