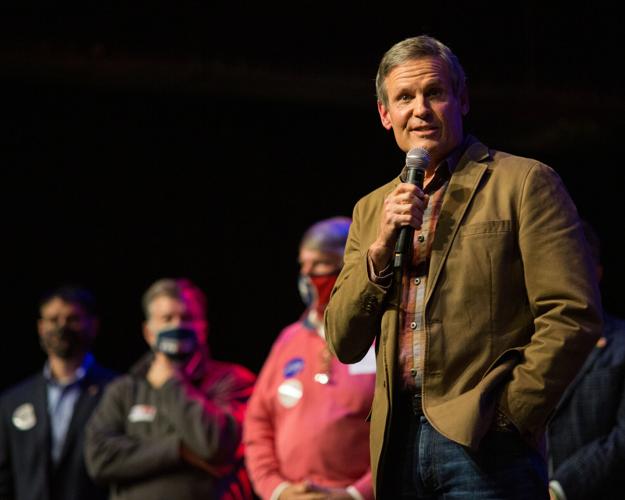 Gov. Bill Lee speaks at The Factory At Franklin on Sunday, November 1. 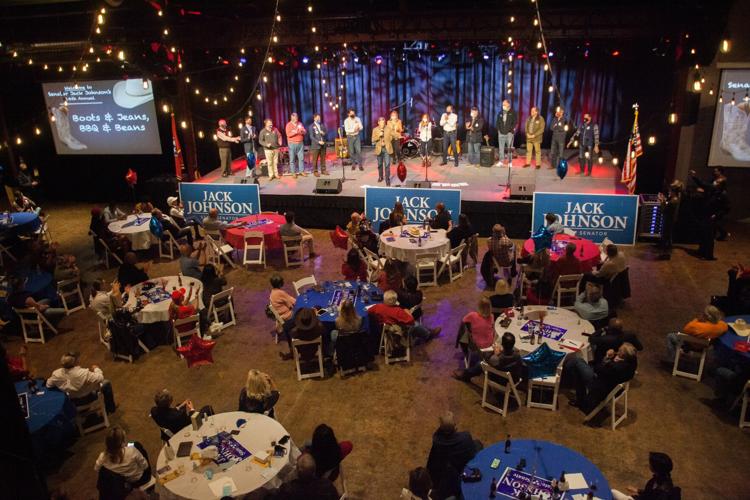 The event saw around 350 attendees. 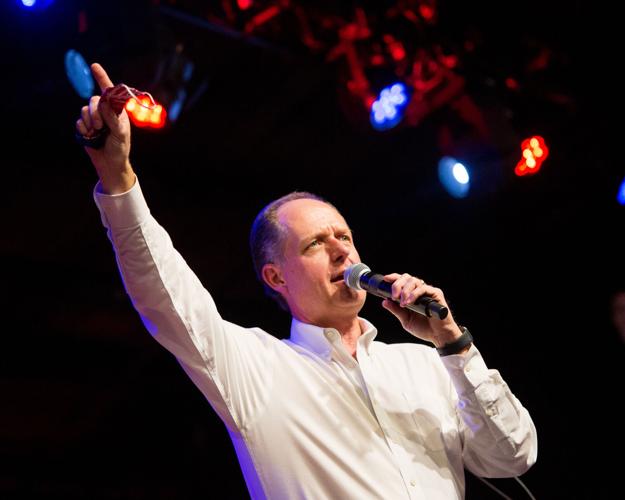 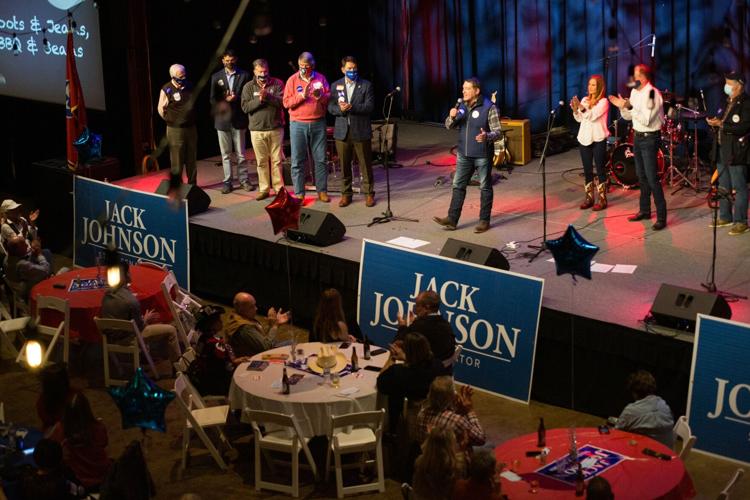 U.S. Rep. Mark Green speaks at The Factory At Franklin. 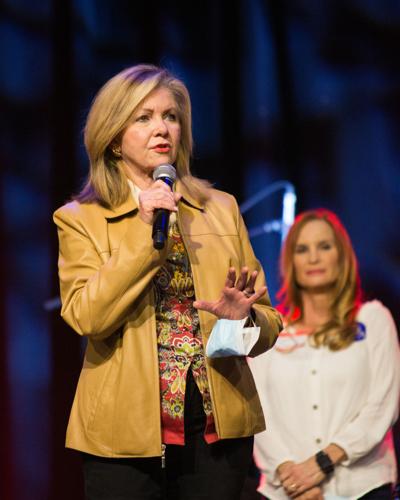 State representatives Sam Whitson and Glen Casada were also present during the event.

"Sam Whitson and Glen Casada are two of my dearest friends, and they do an amazing job representing Williamson County," Johnson said.

The audience of around 350 people audibly booed in response to Johnson's question. McNally, who has served as Tennessee Lt. Gov. since 2017, was next to speak.

"I want to know, who's going to win the presidential race on Tuesday," McNally posed to the audience, who in response collectively shouted "Trump!"

"That's because of Tennessee, because of your interests and because of the turnout — we're going to have a great turnout."

Green, who was next to speak, used much of his time to praise Johnson for his leadership.

Hagerty, who is running against Democratic U.S. Senate candidate Marquita Bradshaw, used his time to lay out what he felt was at stake in this election.

"There is so much at stake, this boils down to a choice my friends; the choice between our freedom of religion, our Second Amendment freedoms, the sanctity of life, the freedom to become whatever you want to be—  that's what's at stake: freedom versus socialism," Hagerty said.

"Look at the policies they want to bring to bare; Nancy Pelosi wants to give $1,200 checks to illegal immigrants, defund law enforcement to the tune of $600 million and let criminals walk free, while she wants people here in Tennessee to pay off the debts of states like California and New York."

Blackburn, who said she was looking forward to working with Hagerty in the U.S. Senate, used her time to heap praise onto her home county of Williamson County.

"I have to tell you, I brag on Williamson County and our Republican Party and women everywhere I go — you all know how to turn out the vote," Blackburn said.

"The reason Tennessee is one of the best states in the country for doing business, to delivering good conservatives leadership is because you all do the work, you turn it over to these guys at the [Tennessee] General Assembly, and they get the job done."

While also heaping praise onto Tennessee's leaders standing beside him, Gov. Lee also moved to heap praise onto the Trump administration for its handling of the coronavirus pandemic.

"In spite of what you might hear otherwise, I know first-hand what it's like to interact as a governor with the president of the United States through a crisis, and I have nothing but positive things to say about our president in how he has helped Tennessee," Lee said.

"The Trump administration has been incredibly helpful through the challenges that we face."

Lee also used his time to deliver a message of hope, referencing scripture he felt illustrated what may lie ahead for his home state of Tennessee and beyond.

"God takes the most challenging things in our life, the most tragic moments, and he makes them transformational," Lee said.

"The scripture says that suffering produces perseverance, which produces character, which produces hope — I have so much hope in part because of the challenges that we face as a nation right now. We're on the cusp of what I believe may be the most hopeful season in America going forward."

This story was edited on November 2 to update the number of attendees at the event. Previously described as "well over 100," the number has been confirmed to be around 350.