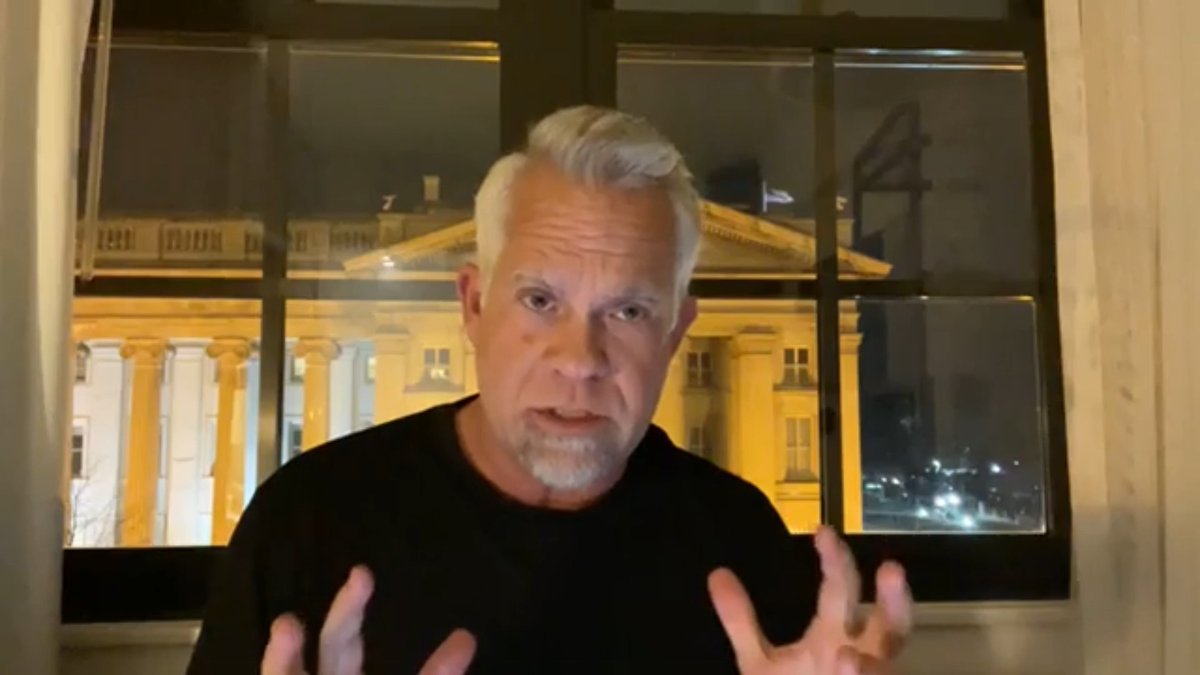 Thousands of people from all the country over traveled to Washington, D.C. Wednesday to participate in the "Save America March" rally, an event that ended in a mob storming the U.S. Capitol.

Franklin Grace Chapel Church founder and senior Pastor Steve Berger was among those who traveled to the Capitol to protest.

Berger took to Facebook following the chaotic scene that unfolded in the nation's Capitol, and in a video that has been viewed more than 56,000 times, floated baseless claims that among those who stormed the Capitol building were members of Antifa (Anti-Fascist), masquerading as Trump supporters.

The storm on the Capitol

A joint-session of the U.S. Congress was scheduled to vote to certify the results of the Electoral College on Wednesday at 1 p.m. EST.

Still touting the election as being stolen — a claim refuted by Attorney General William Barr — President Donald Trump spoke at the rally to supporters Wednesday ahead of the election's certification, and without explicitly telling demonstrators to storm the Capitol, urged his supporters to "demand that Congress do the right thing" and to "show strength."

Shortly after 1 p.m., at least 100 pro-Trump protesters had managed to breach the Capitol building, and went on to ransack legislative offices and the Senate chamber.

One woman was shot dead by police as a result of the chaos, with three others dying "from separate medical emergencies," according to D.C. Police Chief Robert Contee. A total of 68 arrests were made, with multiple officers reportedly injured.

Berger, who has been a pastor for nearly 30 years, began the video by describing the early scenes of Wednesday's rally as "unbelievably polite."

"I was in the middle of hundreds of thousands of people, jammed in there like a sardine in the thick of it — totally, completely peaceful," Berger said.

"Everybody that we were sandwiched together [with were] totally polite, couldn't have been more kind. I never heard a single cuss word, never heard a problem, never heard anybody be ugly. I heard plenty of 'excuse me,' 'oh, I'm sorry' [and] 'hey, make way for the lady with the stroller' — it was unbelievably polite."

Berger then went on to claim that members of Antifa were among those who stormed the Capitol building, masquerading as Trump supporters.

As of Thursday, there has been no evidence that members of Antifa were among those that stormed the Capitol, per PolitiFact, The New York Times, Vox and many others.

"So when things got aggressive later in the afternoon when the rioting started happening... I know there's a lot of videos going around about Antifa people being bused in, even being bused in with police escorts," Berger said.

Berger's claims that members of Antifa were bused into the Capitol are false, and are consistent with several widely shared social media posts that falsely represent videos taken in 2020 to have been taken ahead of the Jan. 6 pro-Trump rally.

"For a fact, they've already identified some Antifa members from other events who were still wearing the same kind of crazy clothes and costumes and have the same tattoos," Berger said.

"They were inside the Capitol building waiving Trump flags, but they have a history of being Antifa members. So I'm not here to say that the trouble makers were all and only Antifa members, but I can tell you this: they were there, they were present and they were identified."

Berger's claim that members of Antifa were identified as agitators at the pro-Trump rally is also false, as has been reported by numerous media outlets.

One example has seen Arizona man Jake Angeli, who was seen storming the Capitol bare-chested while wearing a horned fur cap and face paint, be labeled as an Antifa agitator. In actuality, Angeli has been a self-proclaimed Trump supporter for years, and clarified his position as such on Thursday.

"My name is Jake & I marched with the police & fought against BLM (Black Lives Matter) & ANTIFA in PHX," Angeli wrote on Twitter Thursday, referencing photos taken of him at a BLM rally in Phoenix, Arizona. "I was standing against the BLM mob out-numbered but unfazed."

In an apparent attempt to mirror Wednesday's events with Christian scripture, Berger began to discuss two bible verses: Second Timothy 3:12 and 3:13. Attributed to Saint Paul, also known as Paul the Apostle, the versus describe the "deception" of "imposters," and how those who want "to live a godly life will be persecuted."

1/08/21 Update: Berger's assistant indicated that Berger would not be available for response or comment regarding this story.