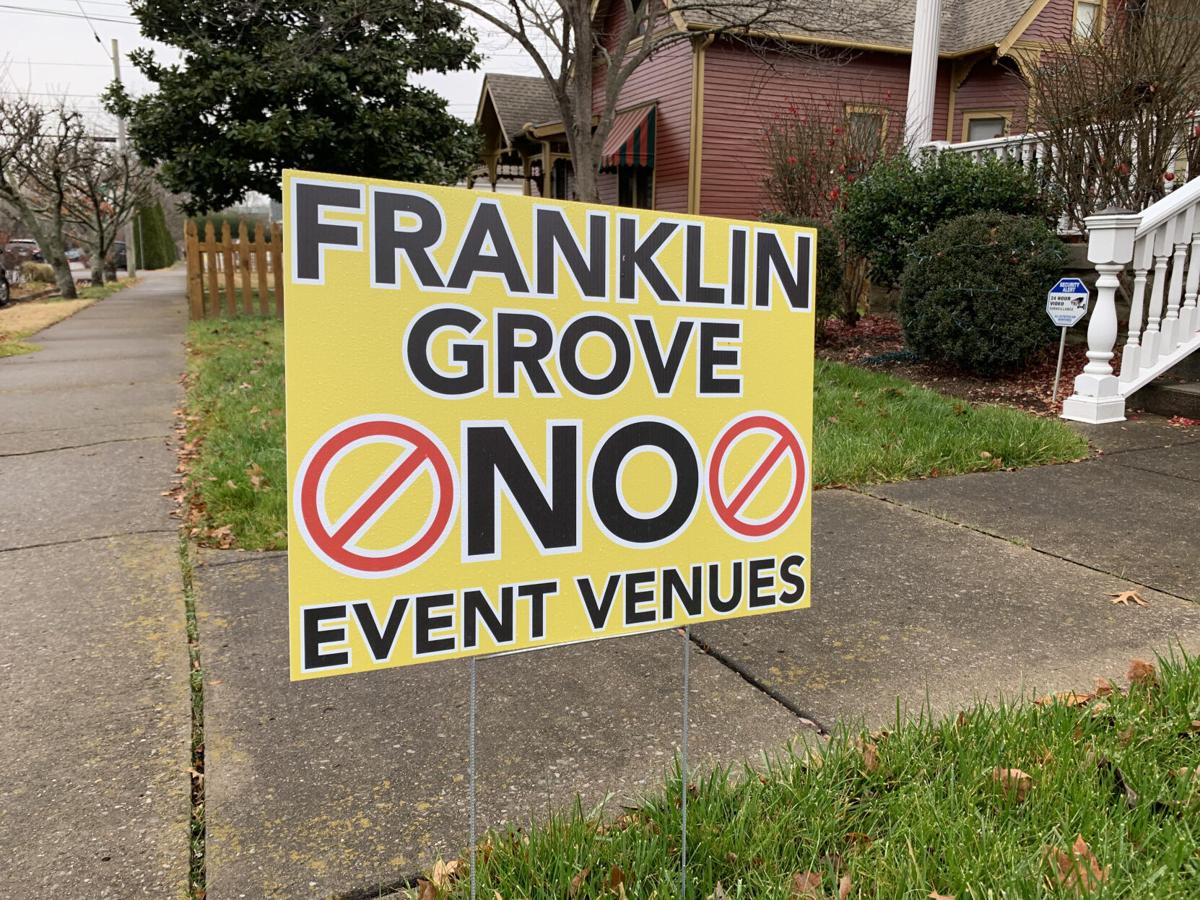 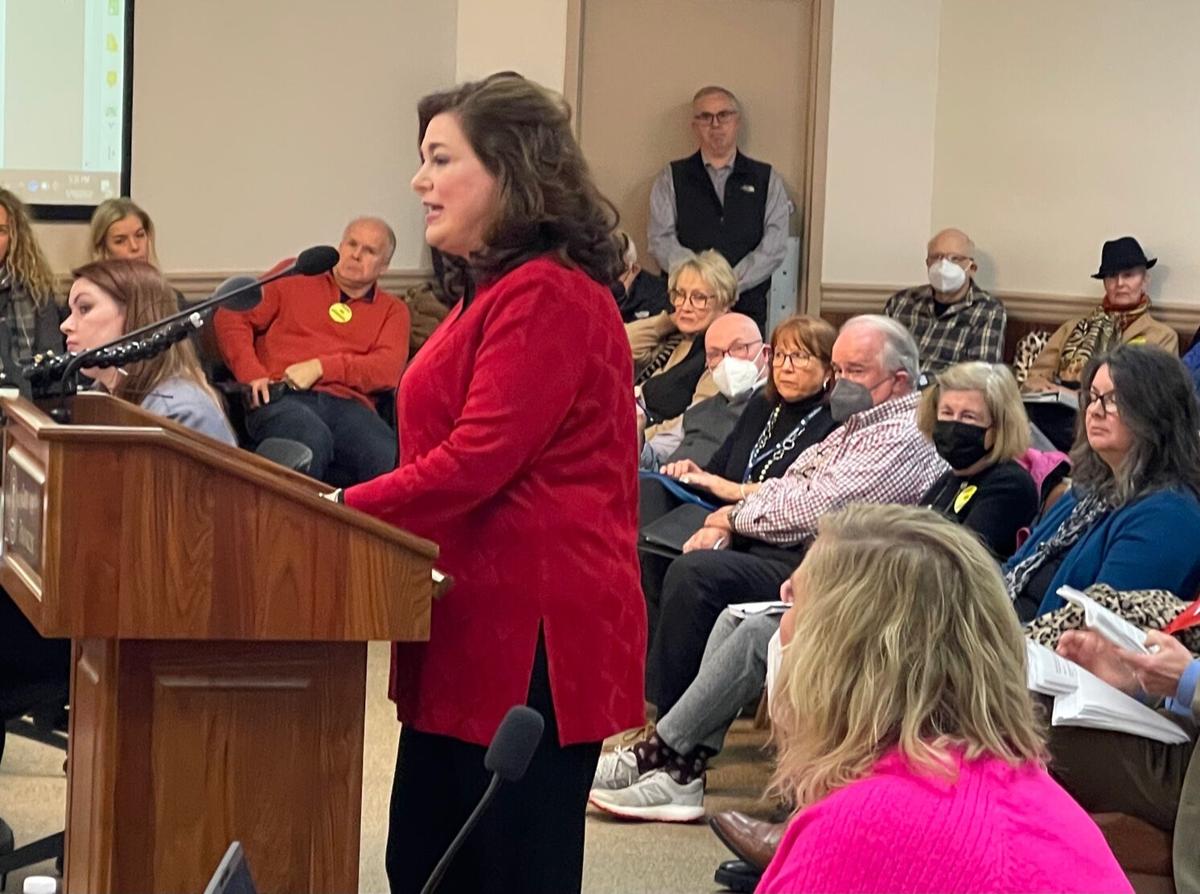 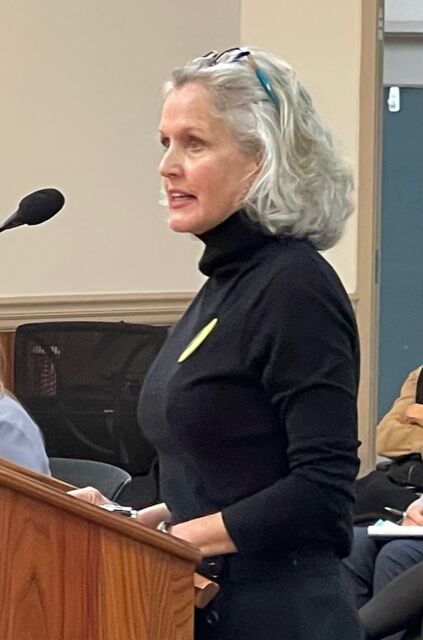 Lynne McAlister, president of the Franklin Downtown Neighborhood Association, was one of 18 speakers during Monday night's meeting. 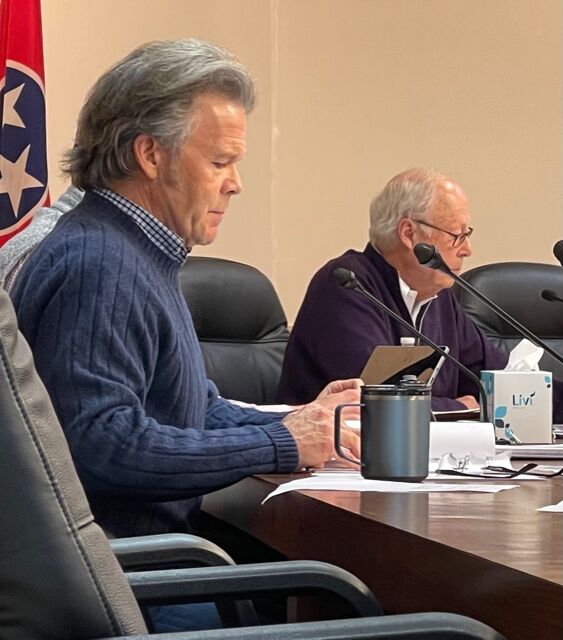 Historic Zoning Commission member Brian Laster made the motion to defer a decision regarding the Heritage Foundation's request for a zoning change to its Frankin Grove property.

After a lengthy meeting that included public comments from 18 citizens, members of the Historic Zoning Commission voted by a slim margin Monday to defer a decision on a proposed plan from the Heritage Foundation of Williamson County for its Franklin Grove and Gardens property in downtown Franklin.

The 5-acre site, located at the southeast corner of South Margin Street and Lewisburg Avenue on what was previously the campus of O’More College of Design, was purchased in 2018 by the Heritage Foundation. The 55-year-old nonprofit has since worked to present a plan for the property to the city of Franklin, and Monday night was seeking approval for a zoning change for Franklin Grove from its current Civic Institutional to Planned District.

That change would accommodate its Franklin Innovation Center that has already opened for start-up businesses and make room for a new facility to host various events.

As Amanda Rose, city staff person representing the commission, went through the Foundation’s proposal, she pointed out several items that didn’t adhere to historic guidelines for Franklin.

She ultimately recommended disapproval of the plan, and after hearing comments from both supporters and detractors for the Heritage Foundation’s proposal, commissioners voted 4-3 to defer taking action until they meet again Feb. 14. Officials with the Foundation seemed to recognize an opportunity from the deferral.

“We really appreciate a chance for working with staff on our plan, because it is a large, complicated plan and we feel like we’re close on making something work for everyone,” Jill Burgin, the Heritage Foundation’s director of Government Relations and Advocacy, said after the meeting. “A little time is never a bad thing.”

Many downtown residents who live near and even adjacent to Franklin Grove have been voicing concern over the Foundation’s plan to host events on the property through a facility to be constructed known as The Hall. It would measure over 6,000 square feet and would overshadow the historic Winstead House on the property, according to analysis from Rose.

Yellow signs expressing “No Event Venues” have been sprouting in nearby yards since the fall, and a grassroots group called Concerned Neighbors of Franklin Grove took to social media in early December. Several residents at the meeting wore yellow buttons expressing their disdain for the idea of hosting events on the property.

“All these signs and yellow buttons mean is we don’t want a commercial business in a historic neighborhood,” downtown resident Chuck Rose said.

To a person, speakers against the property being used for events voiced approval and even admiration for the Heritage Foundation’s plan otherwise. Its vision for Franklin Grove is the organization’s largest preservation undertaking in its history. The $31 million project also includes an art museum, a historic African-American segregation-era Rosenwald schoolhouse, and natural gardens and green space, among others.

“I am happy that [commissioners] chose to defer,” said Lynne McAlister, president of the Franklin Downtown Neighborhood Association. “Hopefully the Heritage Foundation will take this as an opportunity to come back with a solution that really is best for the neighbors.”

Monday’s meeting can be viewed through the city of Franklin’s Facebook page.