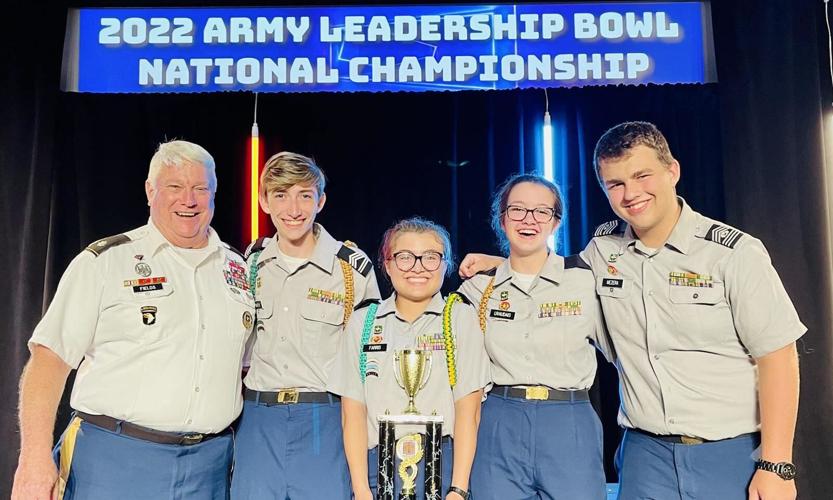 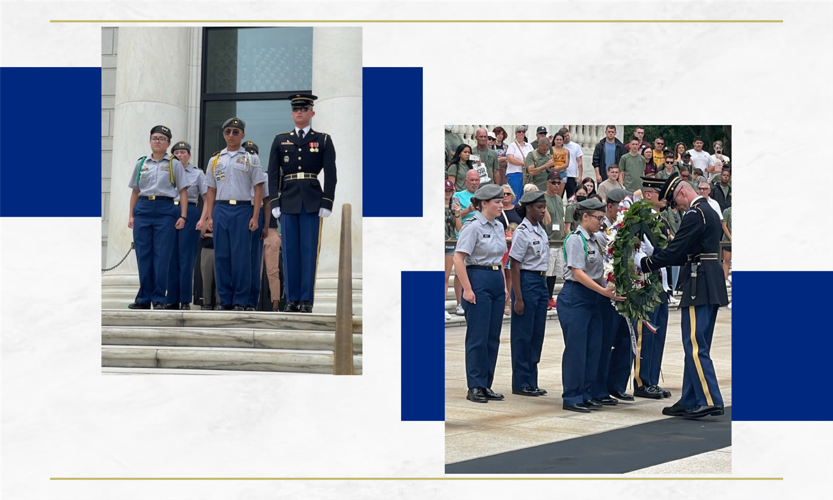 The Independence High Junior Reserve Officers Training Corps (JROTC) Leadership team placed third in the nation at the JROTC Leadership and Academic Bowl, the highest of any Williamson County Schools team in history, per the school system.

Only 40 teams from across the nation were invited to compete at the national level in Washington, D.C. Jena Farris, Olivia Livaudais, Henry Mezera and Liam Smith represented IHS and competed against their peers by answering questions about JROTC principles and curriculum. The national competition is a culmination of a year of hard work.

"They had to go through five testing sites and compete as a team and, in one case, individuals," said IHS JROTC instructor Lt. Col. Charles Fields. "WCS has had a total of three schools who have made it to the national level in the past. The goal of this current team was simply to place higher than the previous schools, which they did."

One IHS cadet, Jena Farris, had the opportunity to participate in a wreath ceremony at the Tomb of the Unknown Soldier at Arlington Cemetery. Farris led a team of four cadets and was one of the two who placed the wreath. Her selection for the task was just another result of the team's dedication.

"It has been my absolute pleasure and honor to have coached the Leadership and Academic teams both present and past," said Fields. "I could not be prouder of this team for their tremendous commitment and accomplishments."