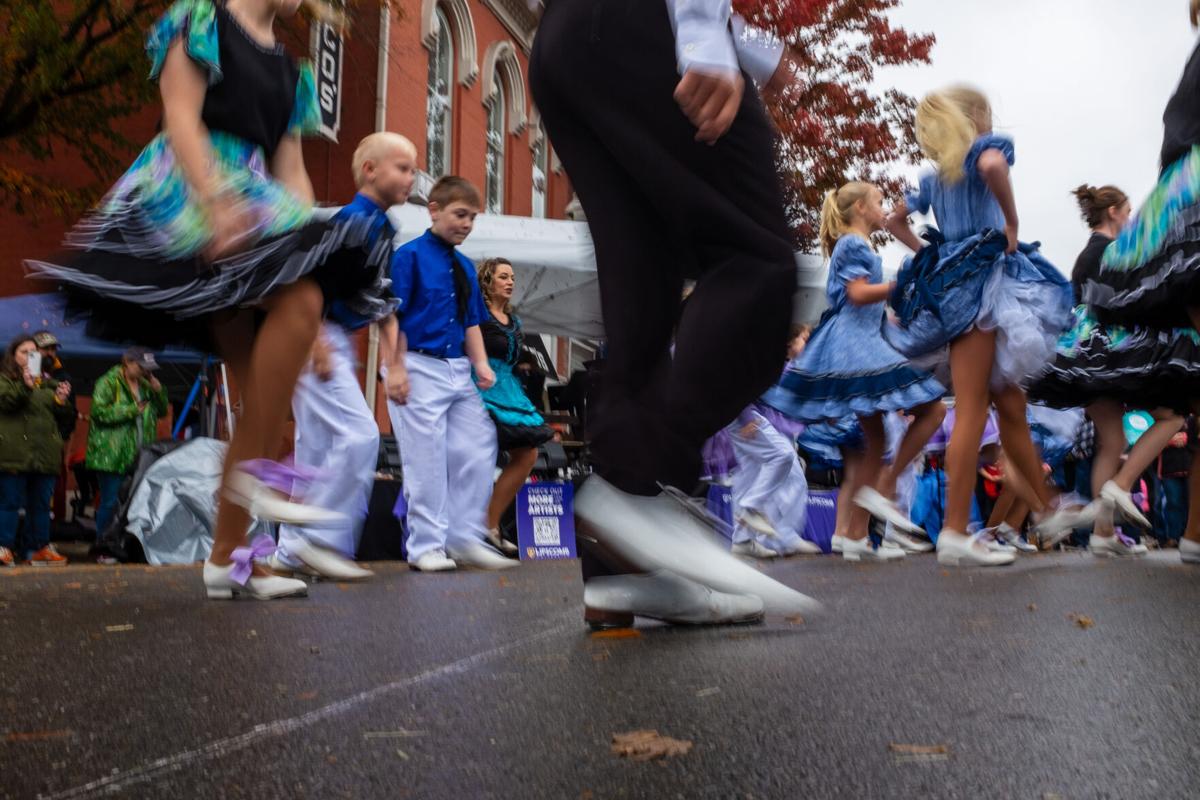 Rocky Top Revue performs at the 2021 Pumpkinfest in Franklin. 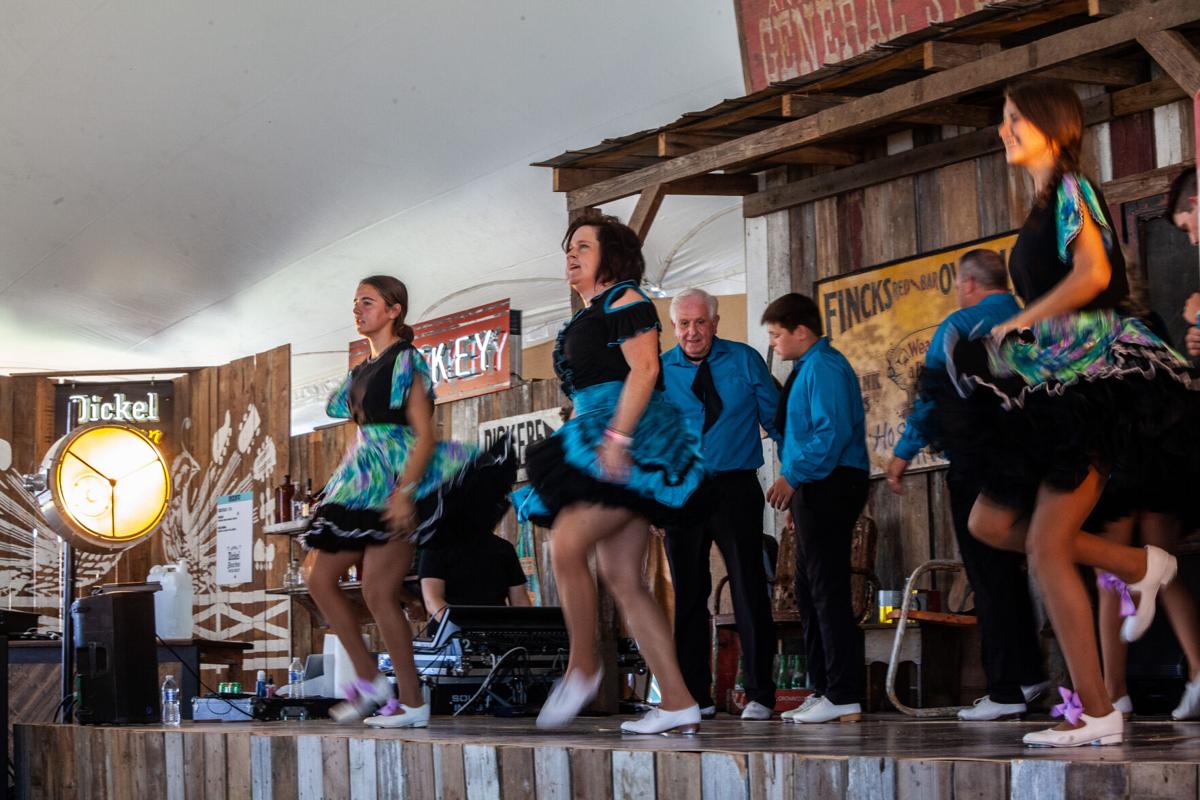 Rocky Top Revue performs at the 2021 Pilgrimage Music and Cultural Festival in Franklin. 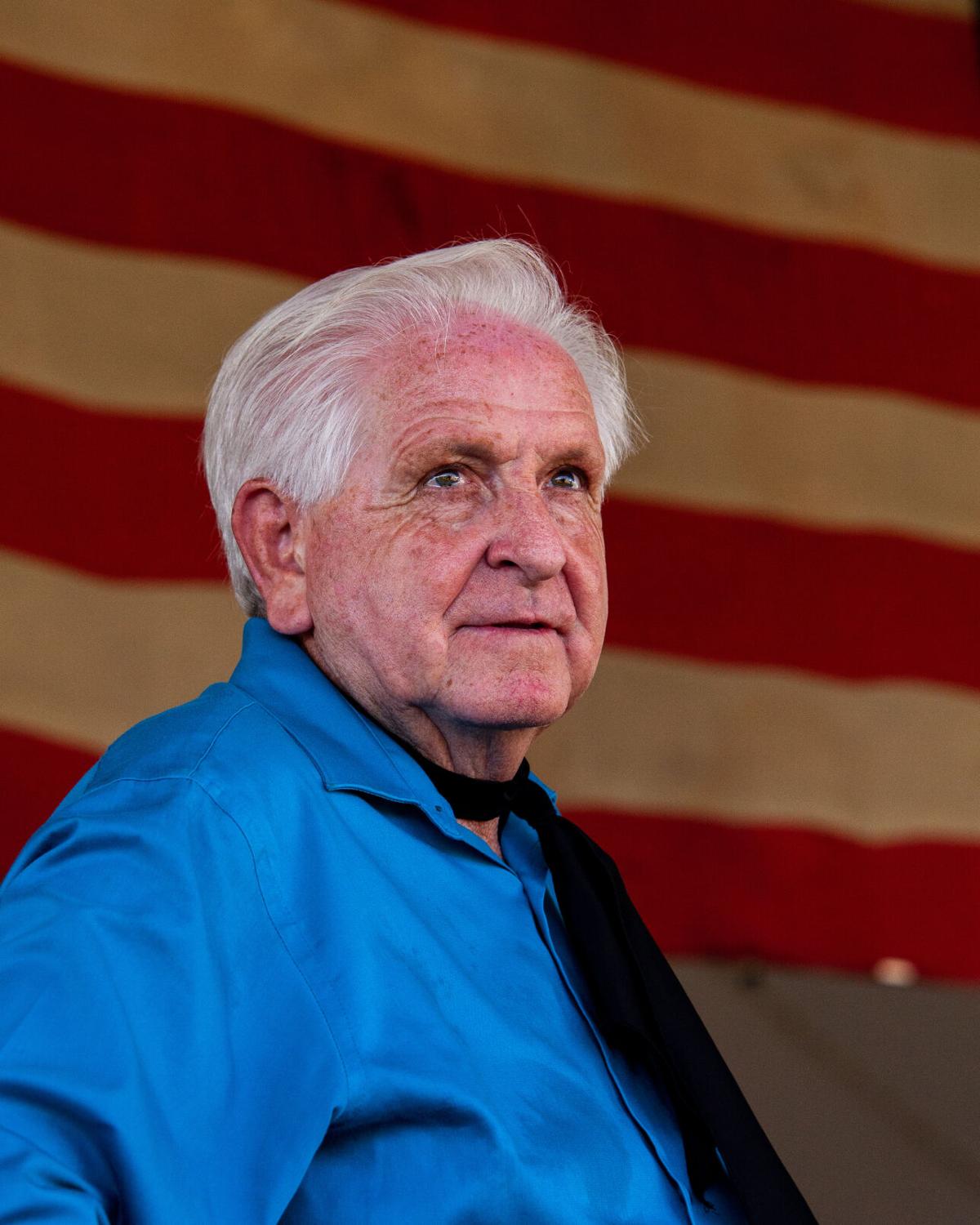 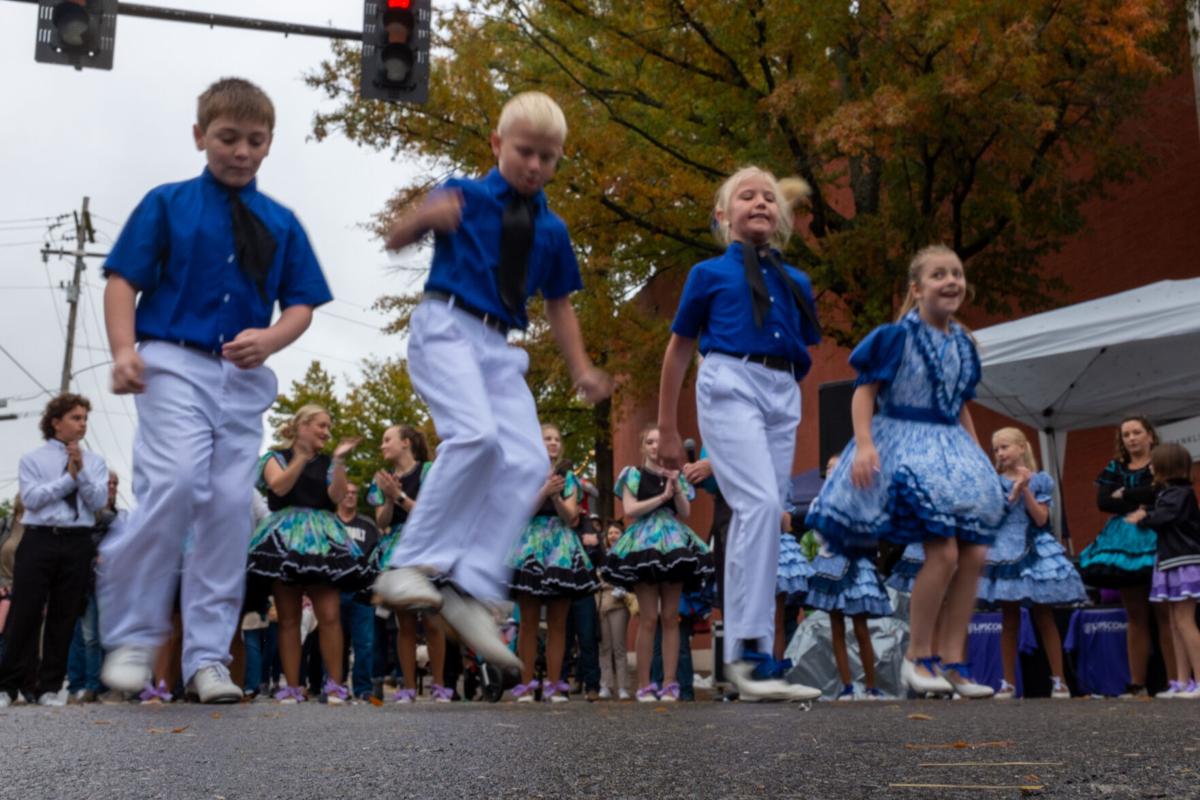 Rocky Top Revue performs at the 2021 Pumpkinfest in Franklin.

Dancing has been a part of nearly every human culture throughout world history.

And while in 2021 many people’s experience with dancing may be limited to TikTok or dancing alone (while nobody's watching, of course), Franklin’s Rocky Top Revue is keeping square dancing alive with the help of a new generation of dancers.

Rocky Top Revue has been dancing for crowds for more than three decades everywhere from the Grand Ole Opry to this year’s Pilgrimage Music and Cultural Festival and most recently at Franklin’s Pumpkinfest.

The group was founded and is led by 69-year-old Franklinite Tommy Jackson, who has been dancing seriously since he was 23.

The dance troupe consists of five teams with dancers of all ages, including their current youngest dancer, 4-year-old Madison Hanek, who has been dancing for four months, 14-year-old Kennedy Clarkson, who has been dancing since she was four and has been with the group for the last few years, and adults who have dedicated the majority of their lives to practicing, preserving and sharing the art of dancing.

The dancers perform a combination of buck dancing, clogging and square dancing that’s less restrictive than any one of the styles that they draw from, with a focus on creativity and of course fun.

"We put them all together and come up with a freestyle dance," Jackson said, adding that one of their goals is to make the audience become a part of the experience. "That's the unique thing about what we do, is connectivity, how can we be entertainers but then we make you inclusive of the whole show."

At this summer’s Pilgrimage Festival, 12 dancers wowed audience members from across the nation who packed the Americana Music Triangle tent, bringing an intimate performance to the stage.

Last month dancers of all ages took over an intersection of downtown Franklin during Pumpkinfest, speaking through taps and slaps of their heels and toes against the cold blacktop to bluegrass tunes, and drawing in the crowd of hundreds and encouraging them to take part in the dancing. Jackson said getting the crowd involved is a great recruiting tool for the troupe as well as a way to further connect with their hometown community.

"I saw them at a show somewhere and I decided that I really wanted to do it," said 14-year-old Iona Blair, who has been dancing with the group for about four years. "I was so nervous, but some of my best friends are from my dance team now, and I can't imagine doing anything else. It's so fun."

Children and adults stepped up to show off their skills and their natural musical inclination, at the urging of Jackson who, along with the other dancers, worked to not just entertain, but make the audience a part of the show.

"It's an old-style dance, but everybody can do it," Jackson said. "Everybody just wants to have a good time.”

Dance lessons are free for anyone with the work ethic and passion, and they even provide their performers with outfits for performances, with each dance team featuring dancers of different ages, skill levels and experience.

"Here you can't buy your way in — you earn the merit," Jackson said. "We look at the value called 'bring it.' If you've got it then bring it."

Dancer Robyn Durdin started 30 years ago when she was 10 years old. She began to lose interest in clogging before meeting Jackson and becoming a part of the very first youth team. That path that led her to become an integral member of the team, where she now runs operations including costuming and sets as well as coaching dancers.

Durdrin met Jackson by chance and recognized that she was actually familiar with the group from watching bluegrass competitions with her grandfather, and since that introduction she has been hooked.

"For me, there was so much structure with other forms of dance — there were recitals, and this is just a little more freedom, it's just fun and anything goes," Durdin said. "It's not one particular style, we melt all of those styles together so it makes it a little more fun and entertaining, and Tommy makes everything entertaining."

Community is key among the dancers, with their own community thriving within the group and among dancers in general who compete and perform across the country.

And with that community connection through the art comes the goal of preserving the medium, including its history, techniques and evolution by introducing audiences, future dancers included, to the music and pastimes that’s rich in human history, especially in the history of the communities of Middle Tennessee.

"What we try and do is keep the dance alive," Jackson said. "To feel the dance — old barn dance, old square dance, where you had no worries. It was just a lot of clean fun, and that's what we're trying to do is bring that back."

Audiences can catch Rocky Top Revue performing at variety of dates in 2022, including on April 16 at the Holladay, Tenn., Old Time Bluegrass and Fiddler's Jamboree, the Smithville Fiddler's Jamboree on July 1 and 2, and at Franklin's Bluegrass Along the Harpeth on July 22 and 23. Just be sure to bring your dancing shoes.