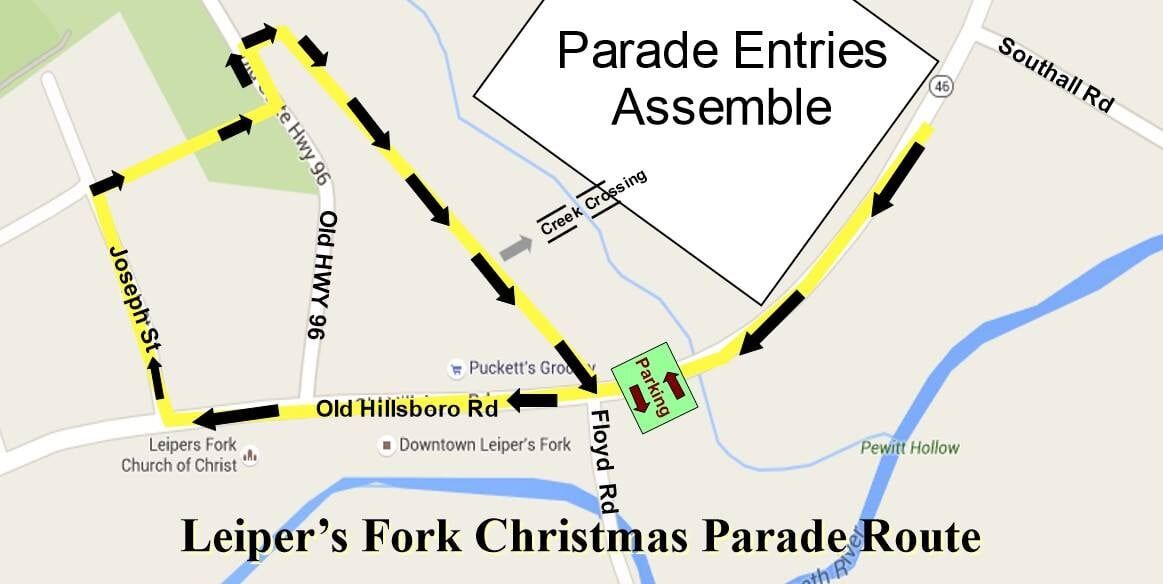 The Leiper's Fork Christmas Parade has been rescheduled to Sunday, Dec. 12, as storms threaten the region on Saturday when the parade was originally scheduled to take place.

The parade will now take place on Sunday at 2 p.m.

County music singer Chris Janson is slated to be the parade's grand marshal.

Parade organizers ask for attendees to arrive early and use patience as the parade begins to set up in the town.

Parking will be designated in two fields on each side of Hillsboro Road, and updated parade announcements can be found on the parade's Facebook page.