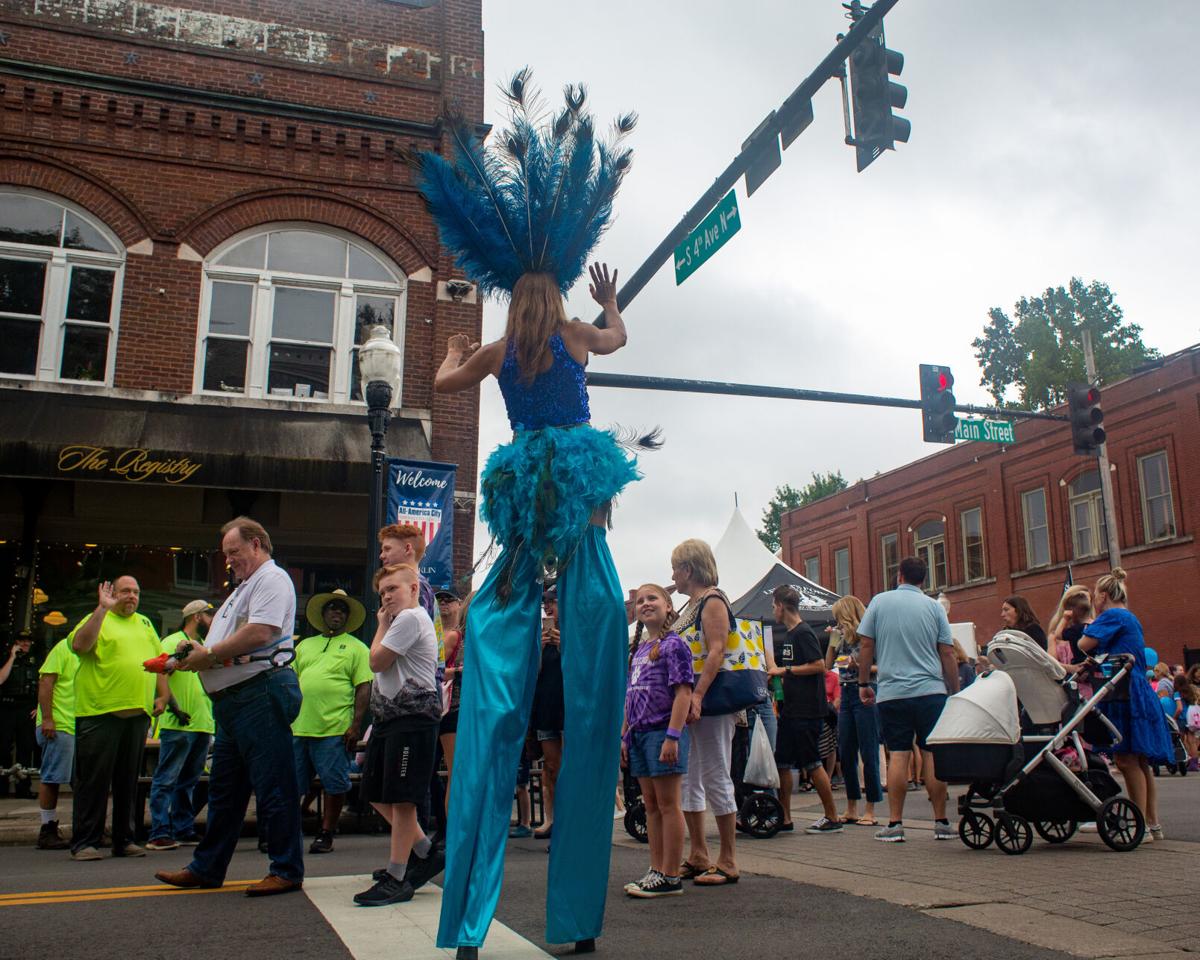 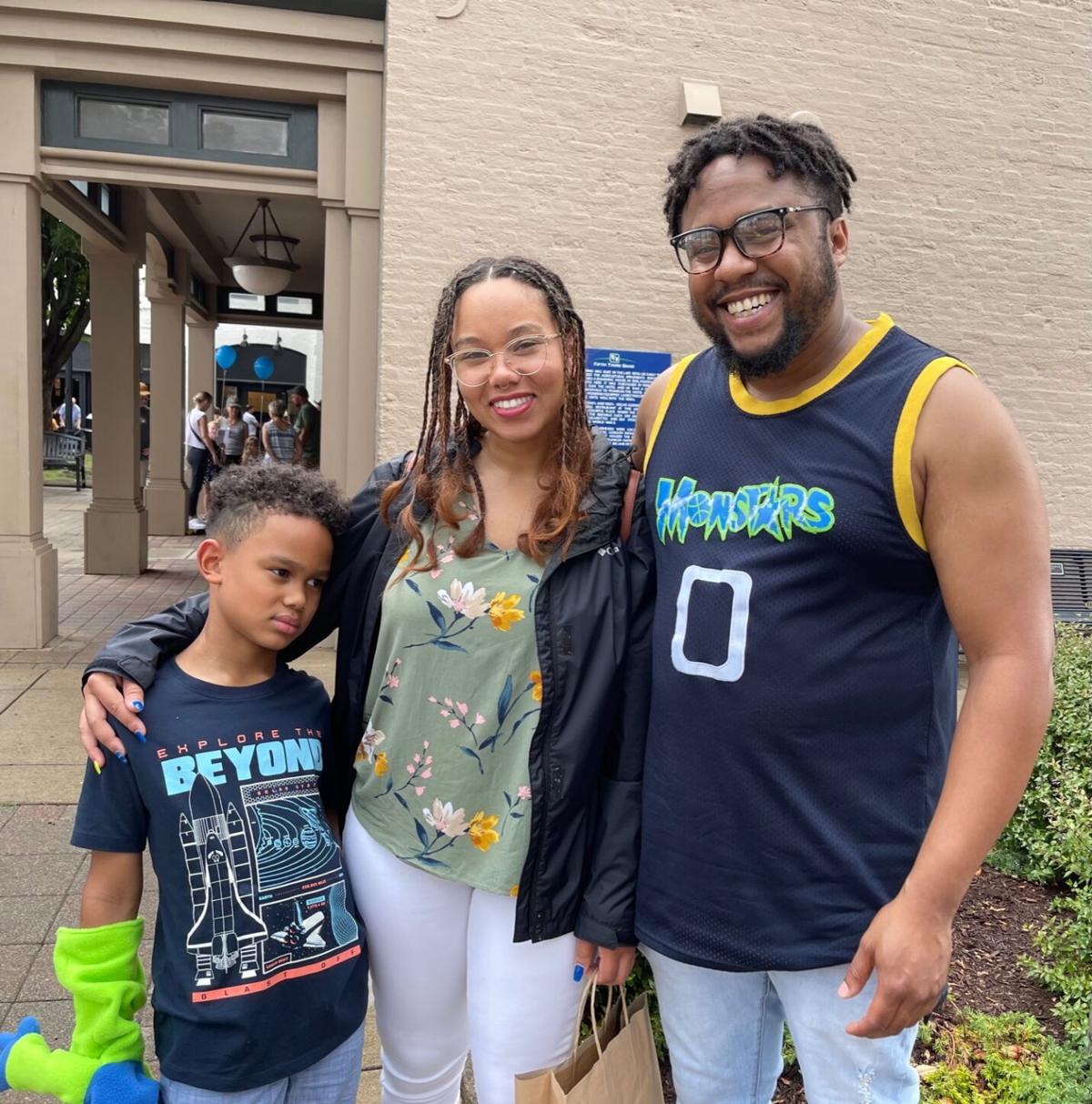 From left are Brandon Green, Moriah Lengyen and Justin Wright. 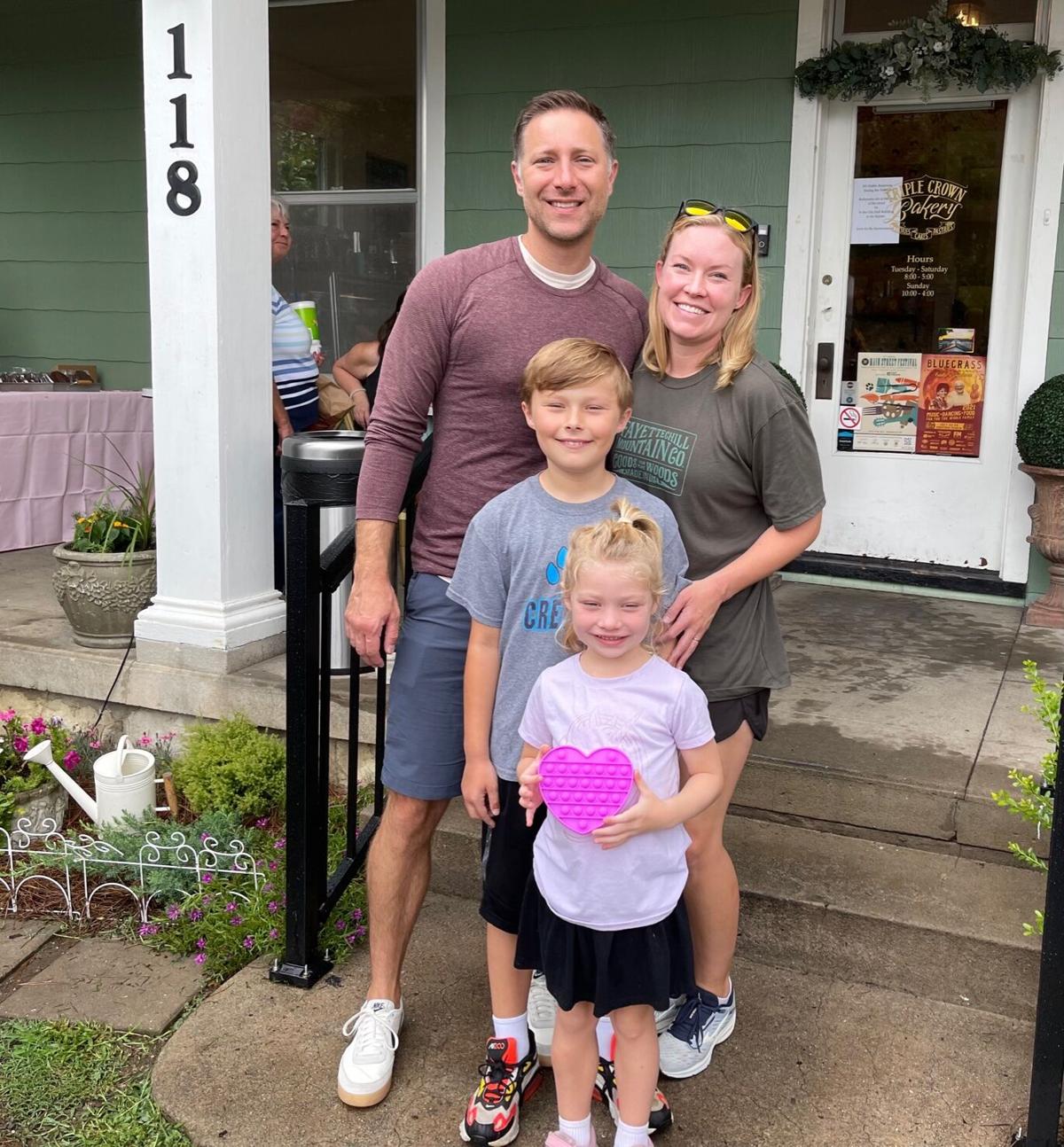 Eric and Jenna Mendoza stand outside Triple Crown Bakery with their son, Pierce, and daughter, Brin. 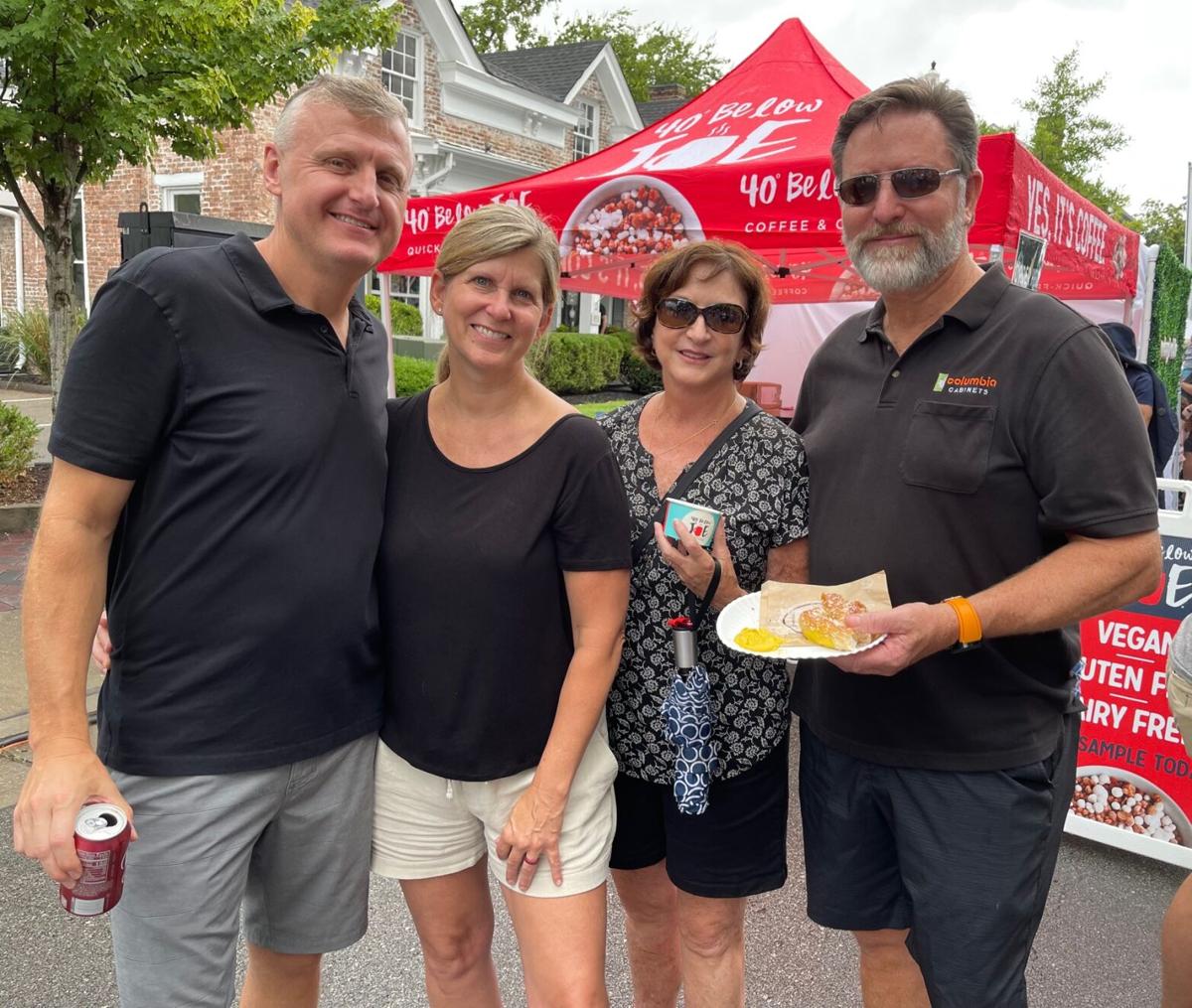 Not long after moving to Franklin a couple of years ago and still learning his way around, Justin Wright noticed something big was happening downtown one spring Saturday.

“I saw a lot of tents and decided to come down,” Wright said of what was the 2019 Main Street Festival that was held in April. “When I got down here and saw a whole lot of great artwork and people from the local community, I knew I wanted to do this again.”

Like the tens of thousands of people who turned out for the 37th annual Main Street Festival over the weekend after a year of without the event due to the COVID-19 pandemic, Wright welcomed the return to the comfort of community.

“It feels great, just to see a lot of people out here as one community coming together in fellowship with one another,” Wright said as he and his companions, Moriah Lengyen and Brandon Green, made their way up from East Main Street. “I love art. That’s what makes the world go ’round. And I’m a festival person. I like to get out among people and get good food. You can’t find better food than at a festival.”

There were certainly plenty of food options, as vendors selling just about every type of cuisine possible lined the streets in and around Franklin’s town square. The two-day festival featured local, regional and national artisans, crafts, KidZone, PetZone and surprise performances. For the grownups, the Bavarian Bierhaus presented food and brew at its popular beer garden, and Leiper’s Fork Distillery had libations at its whiskey lounge.

Eric and Jenna Mendoza, who were enjoying pastries on the porch of Three Crown Bakery with their children Pierce and Brin, said they are regulars at festivals in downtown Franklin.

“We come to all the festivals because it’s close to home, the kids love it and I love that they’re outside,” Jenna said. “It’s been really nice. It feels almost back to normal now.”

The Main Street Festival kicked off with an opening ceremony and a ribbon cutting at the square’s tent headquarters of the Heritage Foundation of Williamson County, which hosts the event through its Downtown Franklin Association. Featured speakers included Sen. Marsha Blackburn, Franklin Mayor Ken Moore and Bari Beasley, president and CEO of the Heritage Foundation, among others.

Beasley said later how important it was to be able to hold the festival once again, even if it had to be moved from its normal time in April to July.

“Today means everything,” she said, “because the Heritage Foundation is about historic preservation, advocacy and education, but it’s also about celebrating our community and providing events that build up cultural heritage. So not having the [Franklin Theatre] to open for the past year, not having our festivals, not having our Heritage Ball, it just took away so much of what we do as an organization. Over the past few months, to be able to dream and envision what we can bring back and then to see that reality today is so exciting."

“I sent a group message to my team and told them how much I appreciate all their hard work, but I also asked each of them to take a moment in all the busyness and look around and see the smiling children, the happy families, the community that’s gathered again — this is what we’ve been working for.”