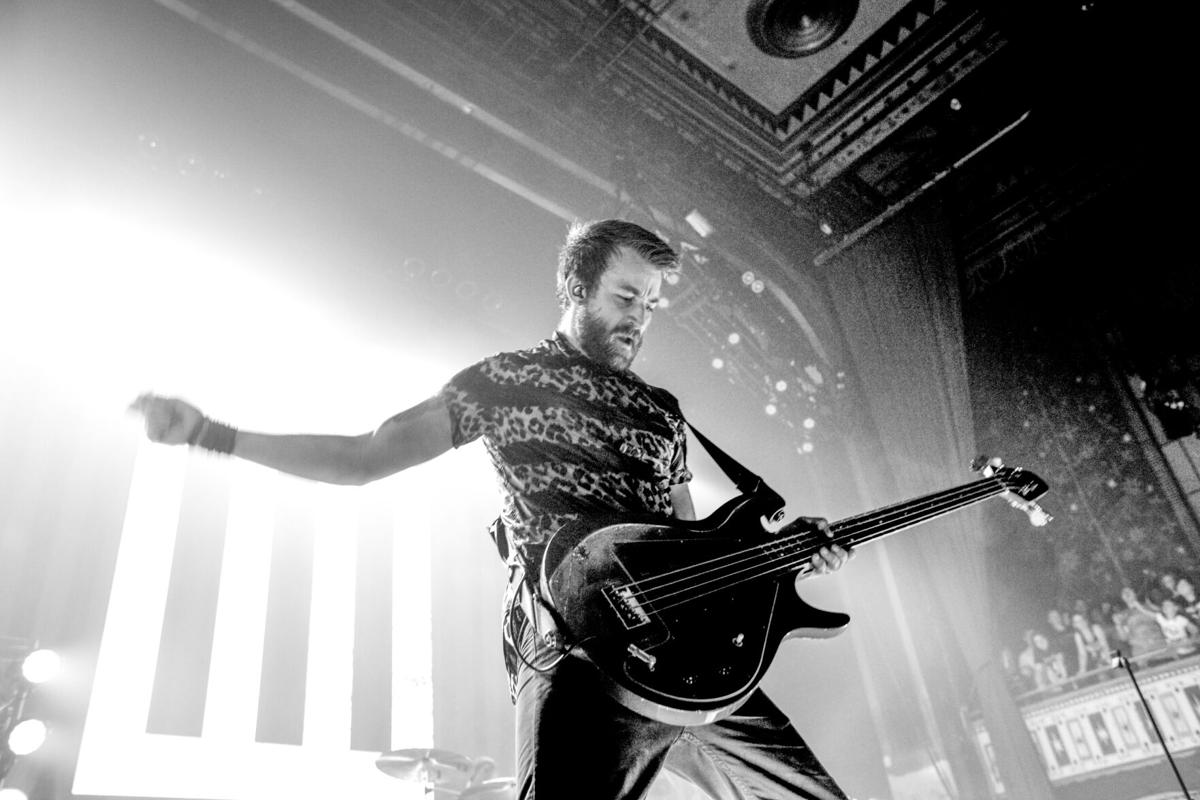 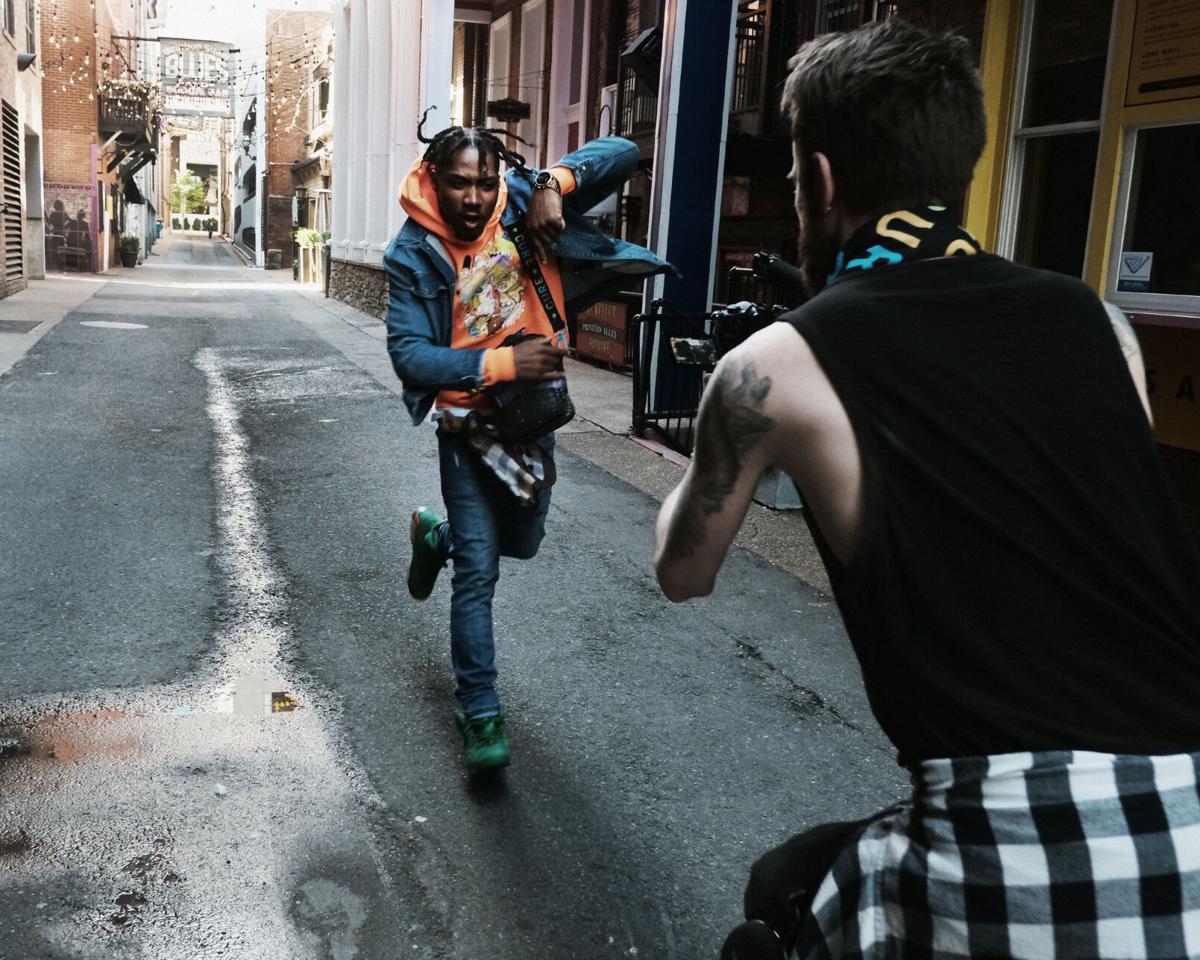 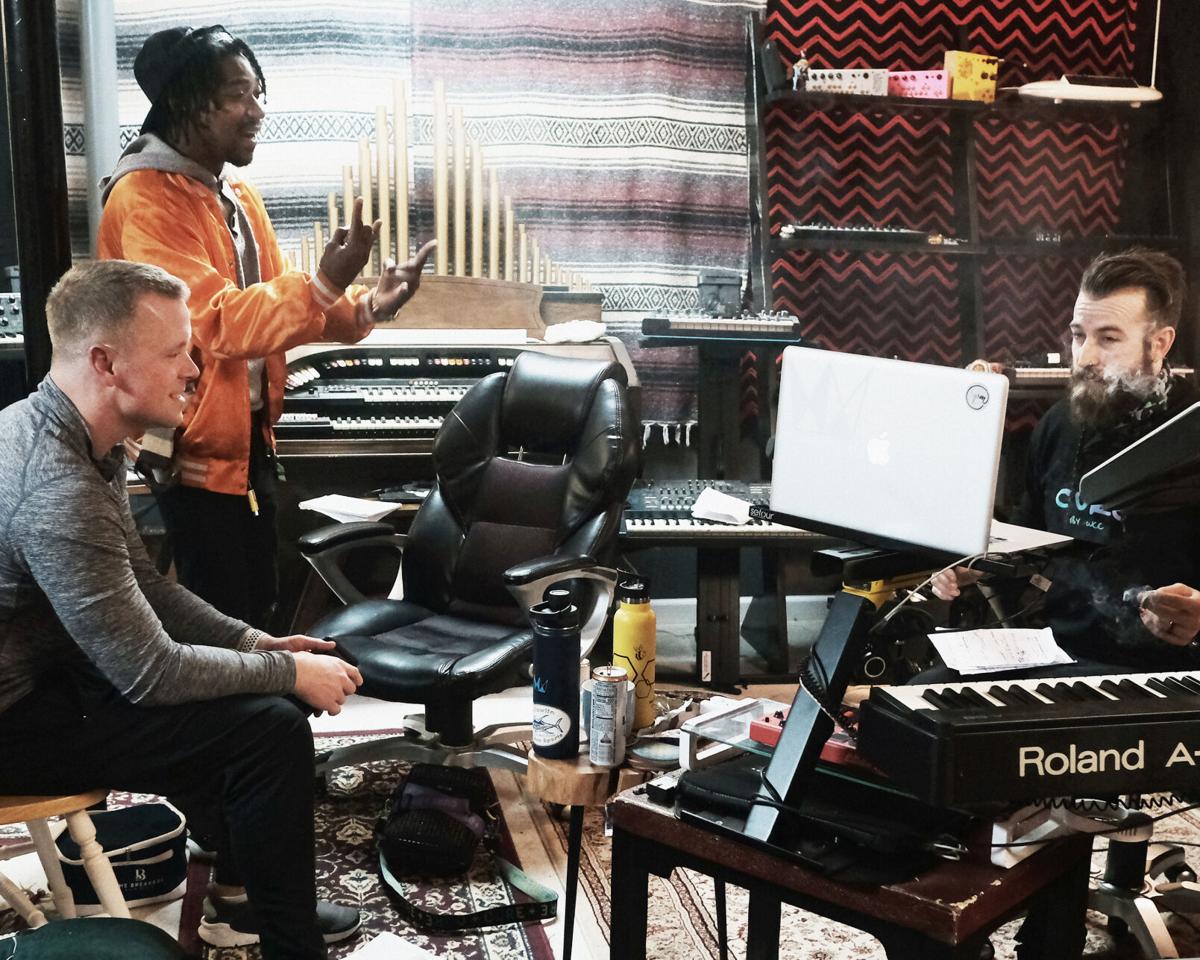 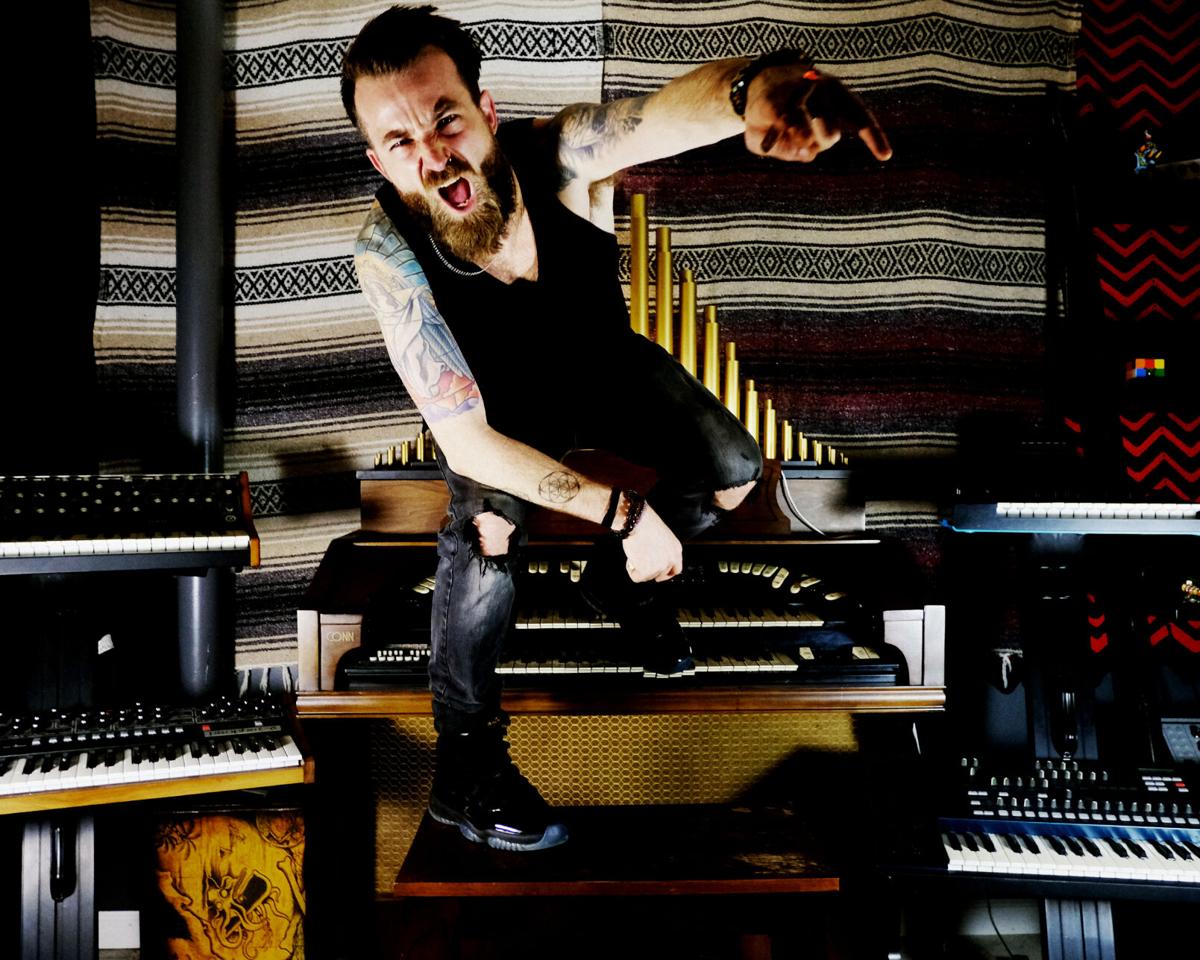 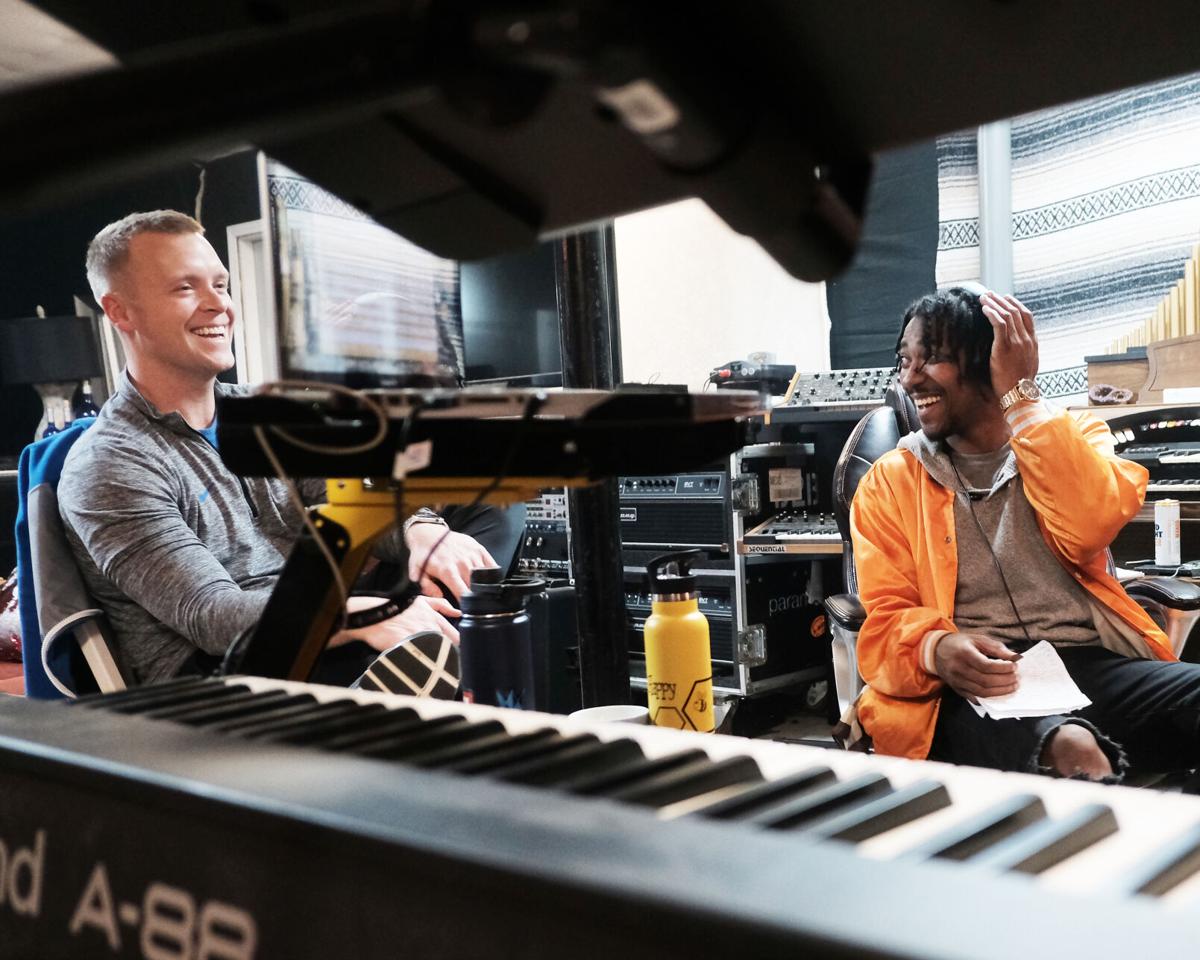 Carter Gaddis and Jody Dowdell at the label's recording studio.

“This is my refuge; like the shelter of the womb, you seek it too.”

The opening lyrics to the first ever original song by Jeremy Davis, founding member of the Franklin rock band Paramore, were the culmination of years’ worth of self doubts.

Now going by “JERM,” Davis performed with Paramore as a bassist since 2004 before being unexpectedly forced out of the band in late 2015, only to soon find himself entangled in a series of lawsuits with the band’s business team over the partnership and royalty disputes.

Having remained mostly quiet for the past four years, this year saw Davis return to the music scene not just with his first original song, but with a new record label that he believes will change the world of music.

Launched earlier this year, Post Trap Entertainment is Davis’ new record label that he started alongside an old friend, Carter Gaddis. Beyond offering music that Davis considers to be unconstrained by the typical boundaries of different music genres, what really sets the record label apart, Davis explained, was how it would change the way people experience music.

“Our intention from the jump was to create something new all the way around, and so there's some things I can't talk about, but there are some sharing aspects of it,” Davis said.

Jumping in, Gaddis explained that given the ambitious nature of the project, much of the details could not yet be revealed. Without getting into specifics, however, Gaddis painted a picture of what they felt has been lost in the music listening experience, and how they feel their new record label could reignite a more intimate relationship between musicians and their fans.

“I think there's a next step that we have plans for. We can't really get into it just because it's such a good idea, but I'll say this:”

“When I grew up, I remember going to the record store every Tuesday when they released CDs — I'd go spend $30 on two CDs. Now, it's so desensitized — my Apple Music is free with my Verizon, so I'll go in and scroll through 10 seconds [of a song and go], ‘nope.’ It's because of the way they set it up, and it's gotten to where the fan and the artist, their relationship's just kind of generic — we want to make it more personal.”

The second key component in how Davis feels Post Trap Entertainment will change the music industry is in its contracts with artists.

“I know the business; I've been there, I've run it, and I understand how it gets run by the creative brain, followed by business and then gets overtaken by business,” Davis said.

“That's the whole idea of us starting the label the way we did, to change all that and make it right. So I just did a little reverse engineering, spent some time dissecting it and have created a whole new type of contract that no one's ever had before, and it is amazing.”

Contracts with record labels can be notoriously difficult to get out of, with artist Kanye West launching an all-out war against his contracts with Sony and Universal music groups in September, while also advocating for artists across the globe to be given more ownership of their own music.

Davis praised West’s efforts in fighting against long contracts and exposing their pitfalls, but said that given that West himself was entangled in so many contracts, the fight for artists to command more ownership of their music would be better led from the ground up.

“Our contract gives them what I call a ‘master share’ of anything with their name on it, as well as all sorts of things digitally that they wouldn't get normally, including bonus incentives. We're literally trying a whole new type of strategy. We're eliminating all of the middle men and letting our artists lead.”

In 2018, a report from Citigroup found that recording artists received just 12 percent of the music industry’s $43 billion revenue generated that year. Davis explained that even if artists are lucky enough to own portions of their masters, they usually miss out on revenue generated from YouTube, digital sales and more.

At Post Trap Entertainment, Davis said, artists would receive compensation from all types of revenue sources.

Davis is expected to release his debut album in early 2021, and so far has two singles that were released in October; “Suffocate the Memories” and “Ooooo Yea,” both of which saw accompanying music videos on the label’s YouTube channel. The record label’s first signed artist, Jody, has released his own debut album titled “Run It Up” featuring 20 songs all produced by Davis.

"This is all where it came from, so I feel blessed to have gone through it all because I’ve been able to turn a negative into a positive, with the prize being changing the industry and helping other people to not have the same story.”