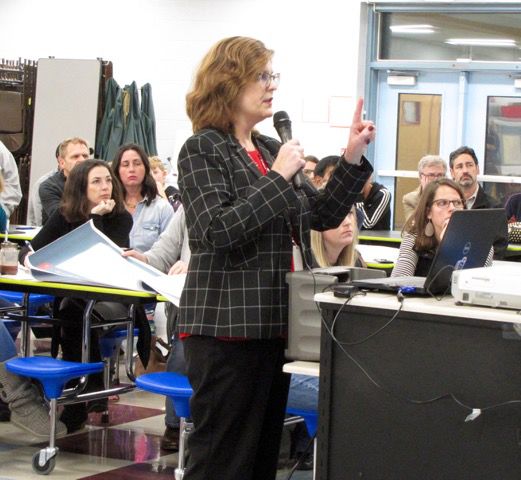 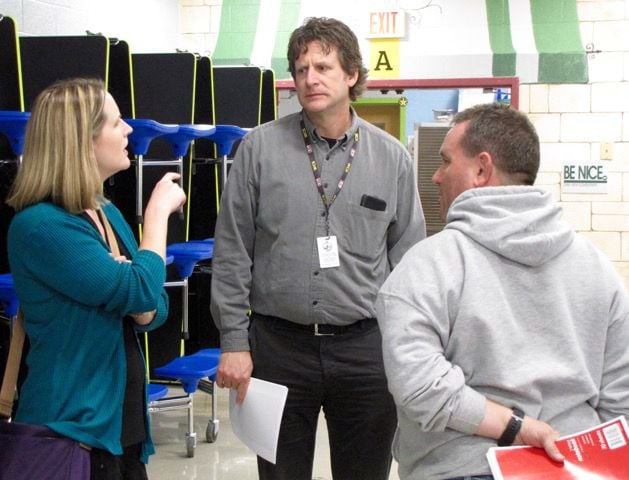 School board member KC Haugh listens to a couple of parents during the zoning meeting. 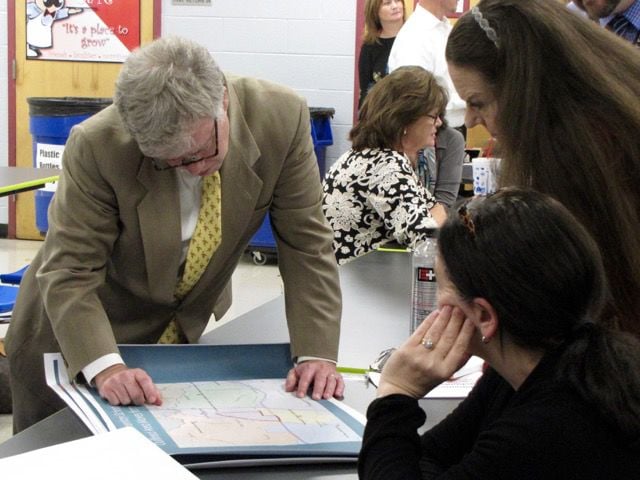 Chris Vernon goes over one of the zoning maps on hand. 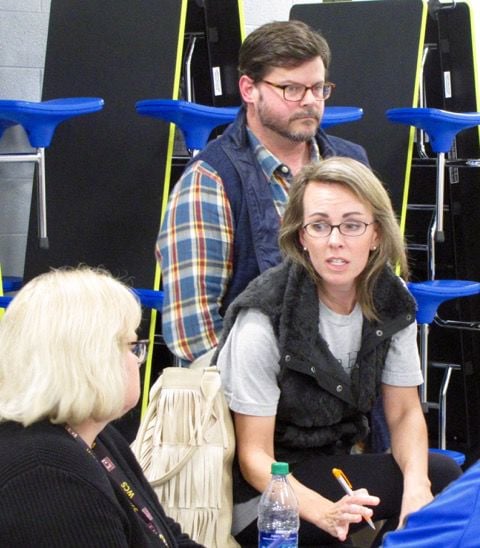 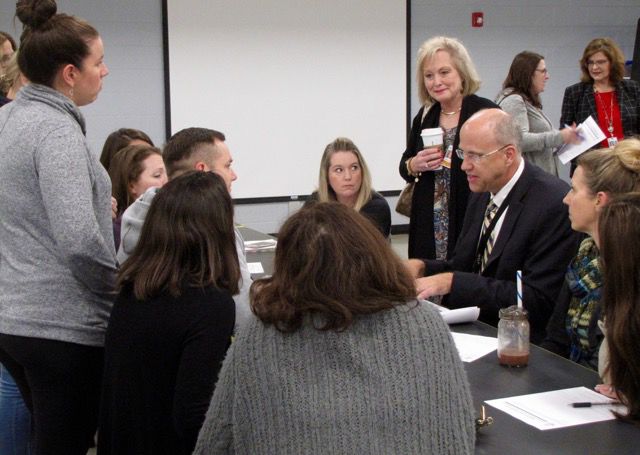 School board member KC Haugh listens to a couple of parents during the zoning meeting.

Chris Vernon goes over one of the zoning maps on hand.

When it comes to rezoning a school district, the general thinking seems to be that not everyone is going to be pleased.

But during the first of two community meetings Williamson County Schools is hosting to present parents with a new zoning plan that would go into effect in the next school year, there was a sense that the Oak View Elementary School cafeteria Tuesday night was filled with mostly satisfied parents. Mostly, anyway.

“The truth is, for every child, change can be a little difficult, and for every parent, change can sometimes be difficult,” WCS Superintendent Jason Golden said during the presentation of the proposed rezoning plan. “So one of the things we do when we propose a rezoning, at least from the administrative level, is give the [Board of Education] notice of our plan and then we schedule a meeting with our parents.”

Several board members were on hand to discuss the options with parents, and Golden held a captive audience when he shared his input.

This particular zoning proposal affects elementary and middle schools that are in the area where the district’s new middle school on Hen Peck Lane will be opening for the 2020-21 school year. It is also meant to help relieve student enrollment of Thompson’s Station Elementary School. There are no rezoning changes planned for the high schools in the area: Centennial, Independence and Summit.

“I think it’s good,” said Lori Kieffaber, a parent of a sixth grader now at Thompson’s Station Middle who will be returning to the middle school under construction on Hen Peck Lane. “We live right down the road [from the new school], so we’ll be close.

“I feel like they’re not complicating the lines too bad. I was worried about high school and how that was going to look, so I’m glad high school zoning doesn’t change.”

Not everyone is pleased with the proposal.

Ashley and Brian Shake, for instance, expressed concern Tuesday night that rising seventh graders won’t have the option to be grandfathered in like those going into the eighth grade. The Shakes have a sixth grader at Spring Station Middle, and a sophomore and senior at Summit High, and their plans for next year were for their rising high school junior to drive the younger sibling to Spring Station. However, the youngest is being rezoned to Heritage Middle, as are approximately 170 other students from Spring Station who live in the subdivisions of Wyngate, Augusta Trace, Crowne Pointe and Spring Meadow.

“I think it should at least be considered an option to be grandfathered in, not only eighth graders but seventh graders too,” Ashley Shake said. “You’re affecting families and how they get to school.”

Chris Vernon, father of two students at Oak View Elementary, said the plan works well for his family. His fifth grader will be attending the new middle school next year, just down the road from Oak View. He added he’s just glad a new middle school has finally been added to the area.

“It’s something we had hoped for for years,” Vernon said. “This part of the county has been hoping for a middle school here for 30 years, and that’s not an overestimation.  We’re just thrilled it’s finally happening.”

The full zoning plan can be found on the WCS website.