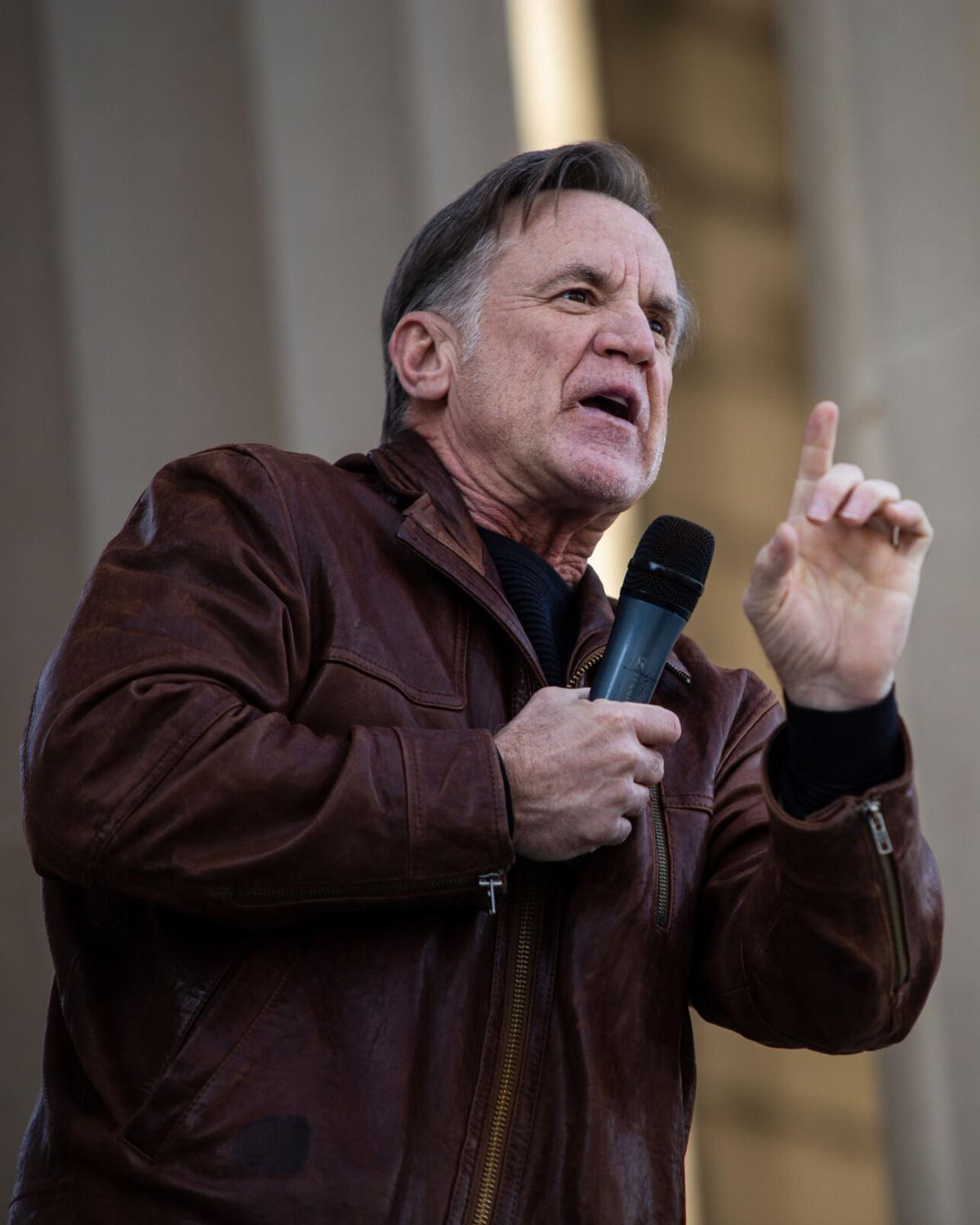 Franklin resident Mark Koch addresses the crowd of protestors gathered at Legislative Plaza for the Prayer For Truth and Trump Rally on Jan. 6, 2021. 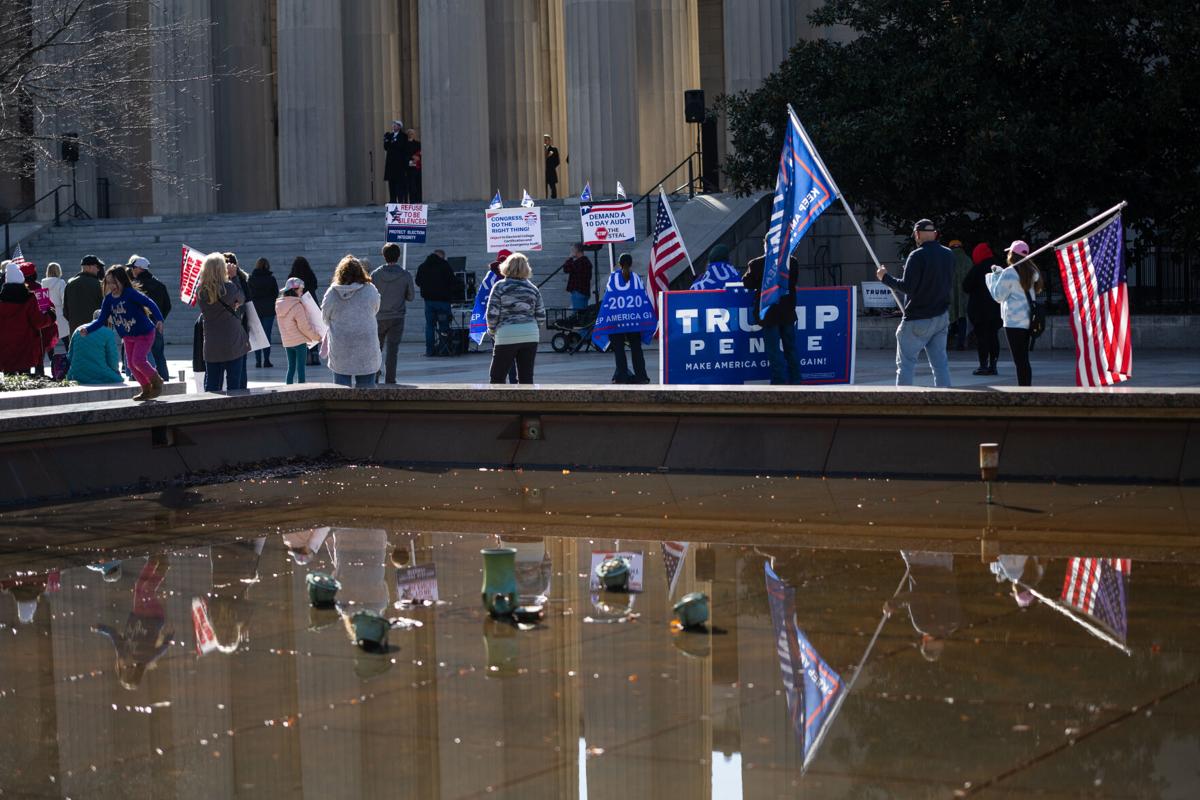 Around 100 protestors gathered at Legislative Plaza for the Prayer For Truth and Trump Rally on Jan. 6, 2021. 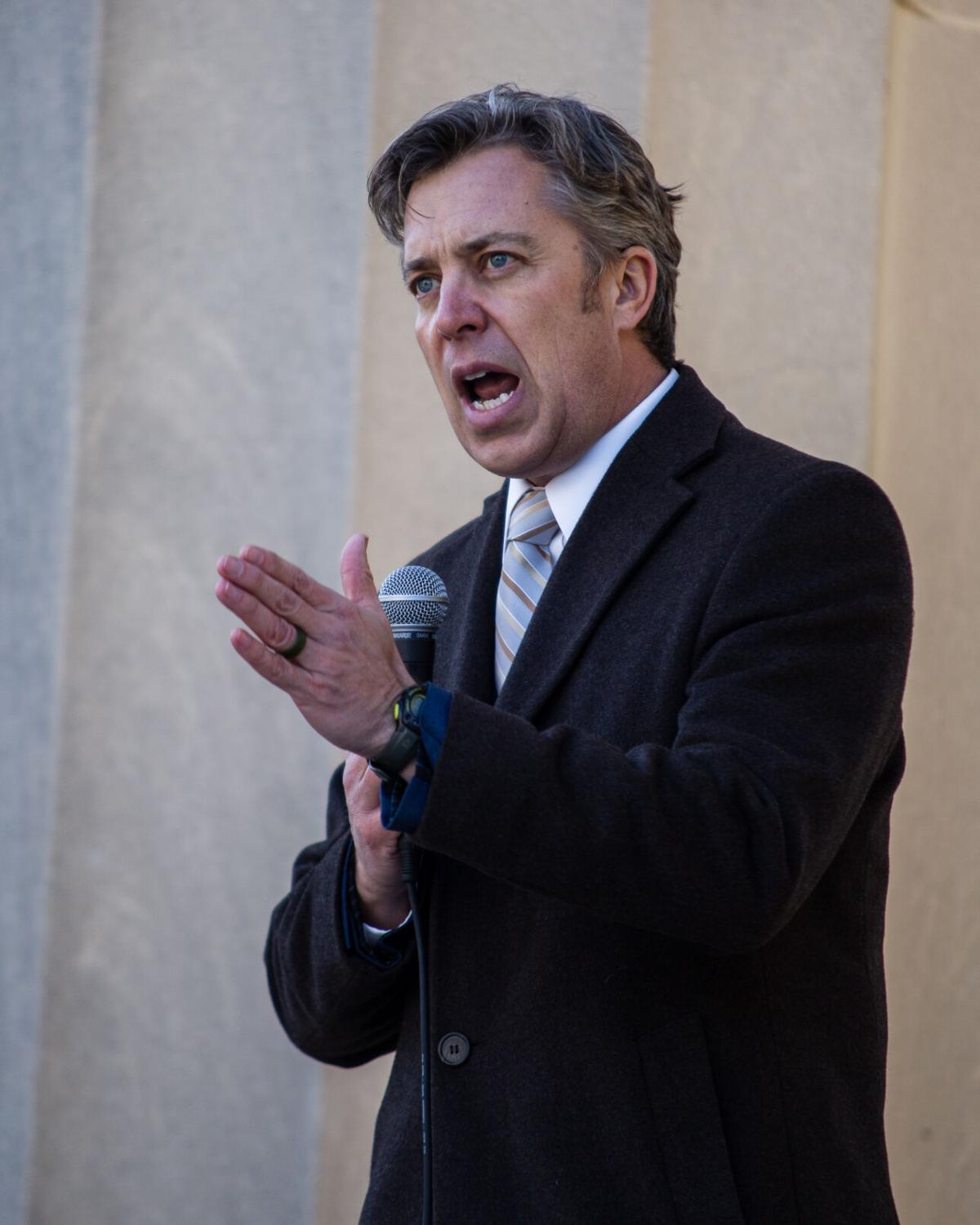 Maury County Mayor Andy Ogles addresses the crowd of protestors gathered at Legislative Plaza for the Prayer For Truth and Trump Rally on Jan. 6, 2021.

Franklin film producer and author Mark Koch was a featured speaker Wednesday during a pro-Trump rally in Nashville.

At the rally, Koch maintained his belief that the 2020 presidential election was not fairly won, but called for those protesting the election to do so peacefully.

Minutes after Koch's comments, hundreds of pro-Trump protesters stormed the U.S. Capitol building, leading to one individual reportedly shot, a 6 p.m. city-wide curfew and the deployment of the National Guard.

Held across the Tennessee State Capitol Building at the Legislative Plaza, the rally was promoted by the Williamson County Republican Party via a social media post, and drew around 100 participants.

Koch, who moved to Franklin two years ago and has produced such films as 1998's Lost in Space and 2006's The Perfect Game, used his time as a guest speaker to share a prayer with those in attendance. The rally's participants, who could be seen wearing pro-Trump and "Stop the Steal" apparel, bowed their heads as Koch's words echoed through the plaza.

"We are in a war, but our war is not against flesh and blood, it's against principalities of darkness," Koch said over megaphone. "Father god, wake up the silent majority and make them the vocal majority, but with peace, with love... with protesting, but not burning buildings."

Also a guest speaker at the rally was Maury County Mayor Andy Ogles, who called the efforts of Republican congressman challenging the results of the election both a "political war" and a "spiritual war," while also denouncing what he considered to be government overreach when it came to COVID-19 restrictions.

"I wish I could stand before you and say I'm optimistic — maybe I'm a pragmatist, maybe I'm a pessimist, I don't know — but we're in a war right now," Ogles said, referring to the then-upcoming certification of the election.

"It's a political war and it's a spiritual war, and I'm telling you, as I look across the country and I think about COVID — and I'm not here to say that COVID isn't serious — but we have fallen at the alter of government for a virus that has a 99% survival rate."

"In Nevada, they shuttered our churches, but yet the strip clubs can stay open... in California, they're telling you you can't go to work, and even in Tennessee we're telling people not to work," Ogles said. "I want to tell you, Georgia's the canary in the coal mine. The liberal hoards are at our doorstep — the hoards of hell are here to wage war upon us. We're in a war right now."

Following the rally, Koch told the Home Page that by virtue of his Christian faith, whatever the outcome of the election was, Americans should accept — but that there should be a thorough investigation into allegations of fraud.

"I've seen too many videos, seen too many things, I've just seen enough," Koch said as to why he didn't feel the election was fair.

"But here's my point: It should be investigated, then we're good with it. They investigated Trump for four years because of a phone call — if there's hundreds of people that have signed affidavits, I think they need to be heard."

Koch said that he "wouldn't mind saying [he] was wrong" were an investigation to conclude there to be no fraud in the presidential election, but stood firm in his belief that an investigation should be carried out.

"Why don't we do a real investigation so the American people will know, 'okay, we were wrong' - I don't mind saying I was wrong, but it should be investigated," Koch said. "Whatever the outcome is, we have to support it."

Demonstrators get a live update from the ground in Washington D.C. pic.twitter.com/8jM8cz0ref