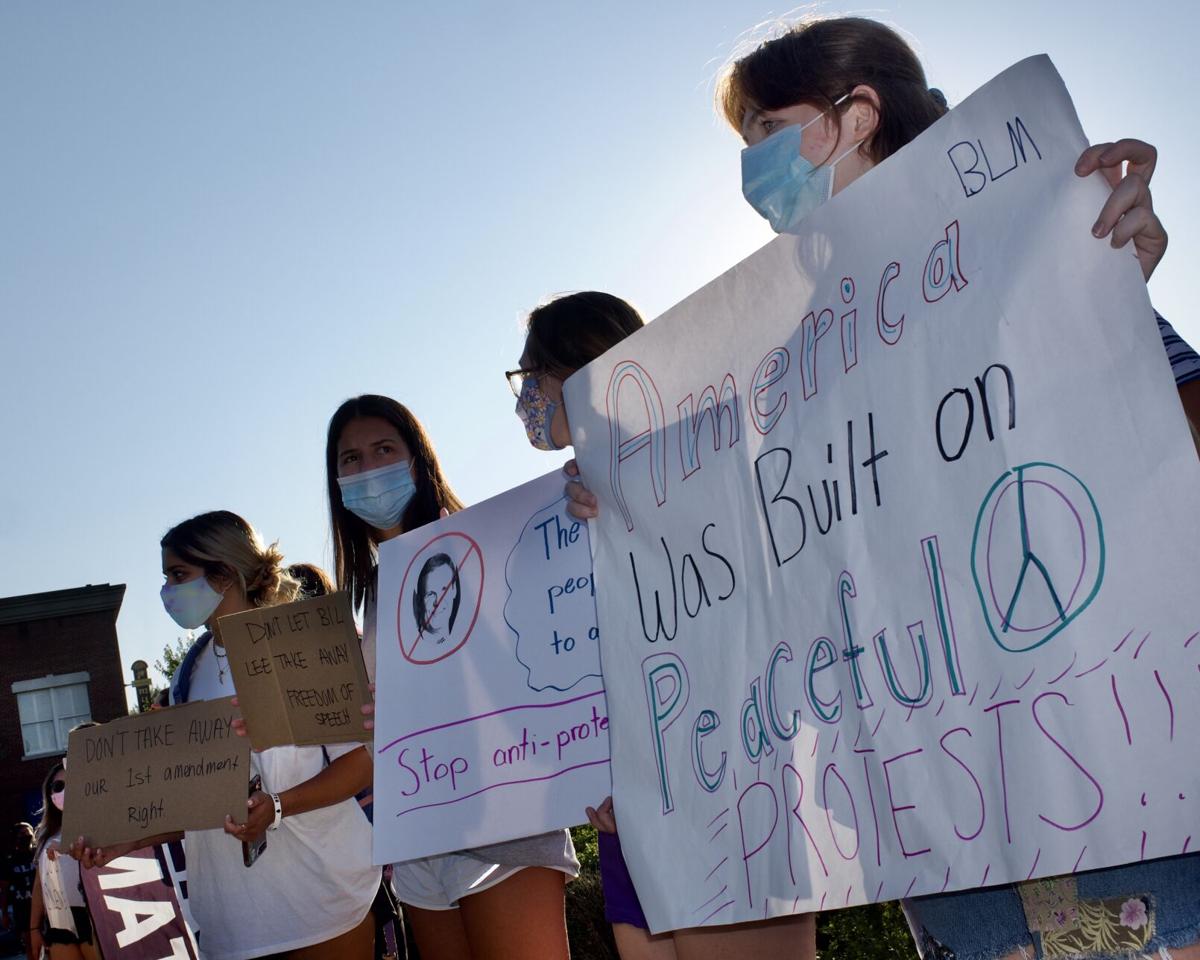 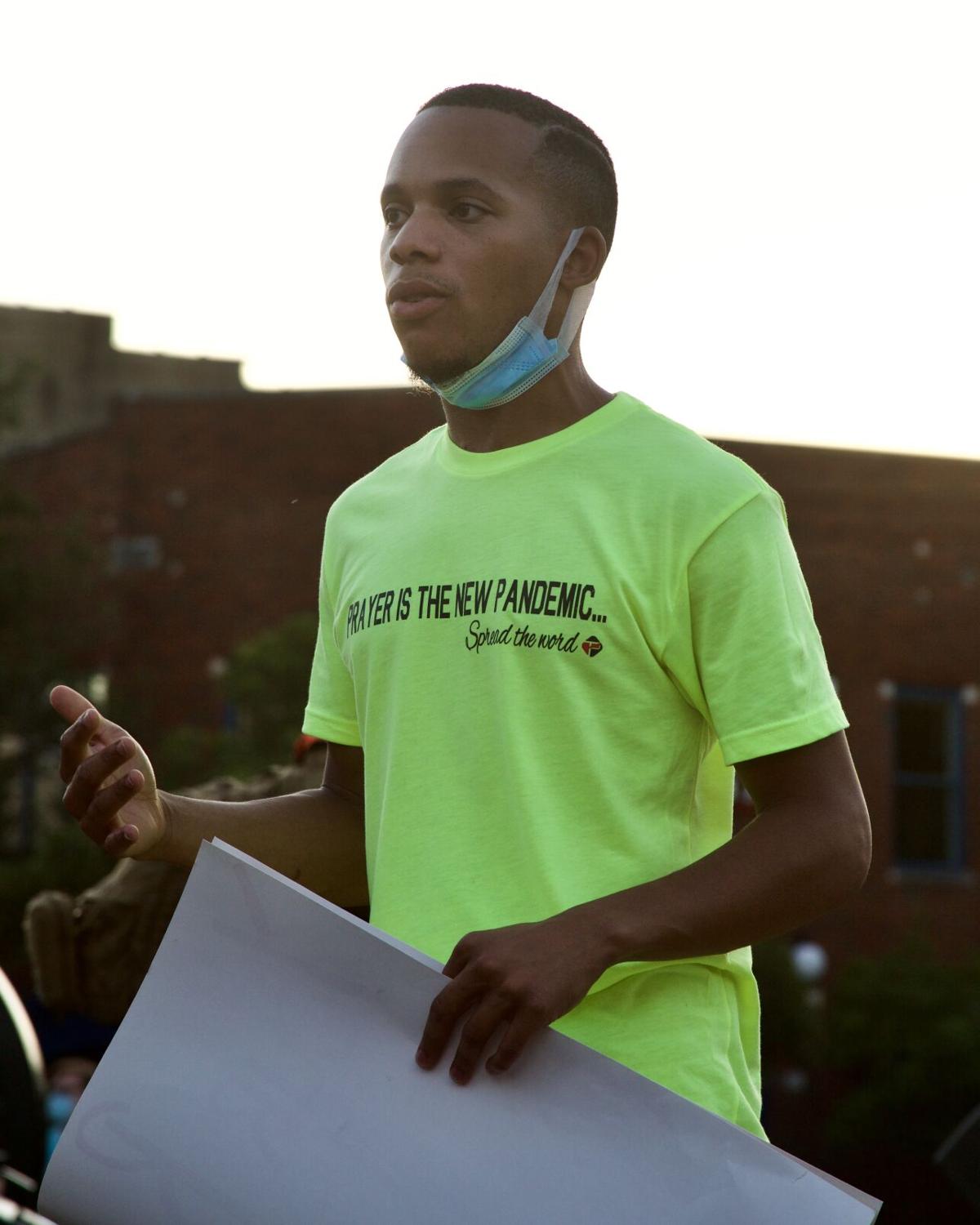 When Howard Garrett organized a recent protest on behalf of the Franklin Justice and Equity Coalition and other organizations, he made what could be described as a courtesy call to the City of Franklin.

Garrett, a former candidate for a seat on the Franklin Board of Mayor and Aldermen and a board member of the nonprofit FJEC, is no stranger to protests. He has led or participated in several demonstrations on the Franklin square, and knows the logistics of getting one scheduled.

One of the more recent was a protest held Aug. 17 in response to the state legislature’s move to criminalize ongoing protests outside of the state Capitol. Others involved in that event held on the Franklin square included Williamson County Young Democrats, Franklin Teens for Justice and Franklin Community Church Pastor Kevin Riggs.

Arranging for a demonstration in Franklin is generally a simple process, something akin to a heads-up of when, who and where.

“Every time we’ve had a protest, we’ve let the city know what we’re about to do, to just make them aware that a protest is scheduled for a specific place and day,” Garrett said. “For the last one, I just sent an email to Monique [McCullough, the city’s outreach specialist], and that was that.”

Under a proposed amendment to a section of the Franklin Municipal Code relative to public gatherings and expression events, that will still be that but will include documentation in the form of a permit to more formalize the request. The proposal was presented at Tuesday night’s BOMA work session by City Administrator Eric Stuckey and City Attorney Shauna Billingsley.

The ordinance states that permits for public gathering and expression events will be required for events that are larger than 20 or more participants or if street closures are requested. The application must be submitted at least 48 hours prior to the event

“A lot of what we are [proposing] is documenting and putting in writing what we already do in terms of communication that takes place,” Stuckey said at the work session, “gaining an understanding of the event location, timing, the number of people, what needs to happen to maintain public safety and the safety of everyone involved. So what we’re really trying to focus on is making sure that it is documented and made clear to the pubic how we handle it, that it can be clearly described in our ordinance as well.”

Garrett, for one, said he has no problem with the proposed ordinance overall, but he does have qualms about the idea of a permit.

A couple of aldermen also expressed reservations about the ordinance. Dana McLendon, 2nd Ward, and Pearl Bransford, alderman-at-large, both said they would not be in support of the proposal.

“I will not be supporting a permit process for the exercise of your rights to assemble in a peaceable manner,” McLendon said during the work session. “I also think this is an invitation to litigation. There are public policy law firms that go around and find cities, counties, governments to sue.”

Bransford made a similar case.

“We are controlling, under the auspice of safety, how, when, what and how much,” she said. “It makes it a little messy. Unless we do a major, major education campaign on this, it will be the talk of the town, and those people who are looking to litigate will pose problems just for litigation purposes. We are setting ourselves up for this attention.”

Billingsley, however, included in her presentation a number of legal cases that set precedence for Franklin’s proposed ordinance, and insisted that requiring a permit would not limit First Amendment rights.

“Our No. 1 goal is to protect the protesters,” she said. “Our ordinance is very clear that we are not regulating content or speech. We’re not even going to ask that they tell us what they’re going to talk about or what they want to use the time or the area for.”

The issue could be a while working its way through the system, according to Stuckey

“There may be some additional discussion,” he said, “but at some point we will vote on what’s proposed and go forward from there.”