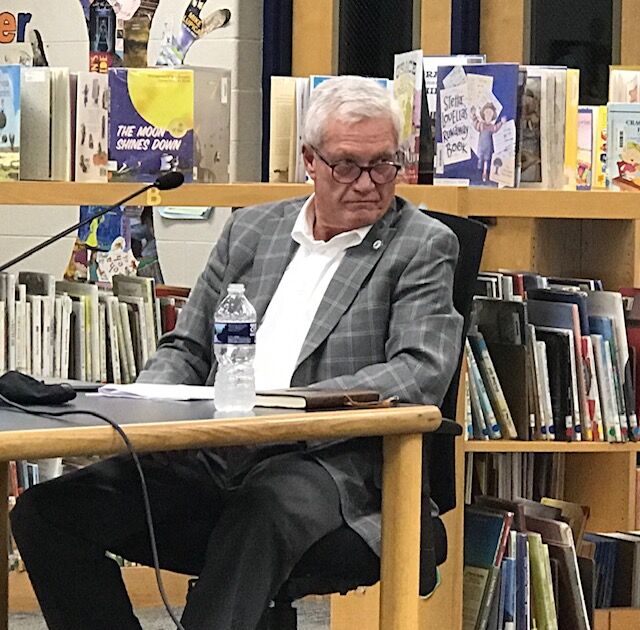 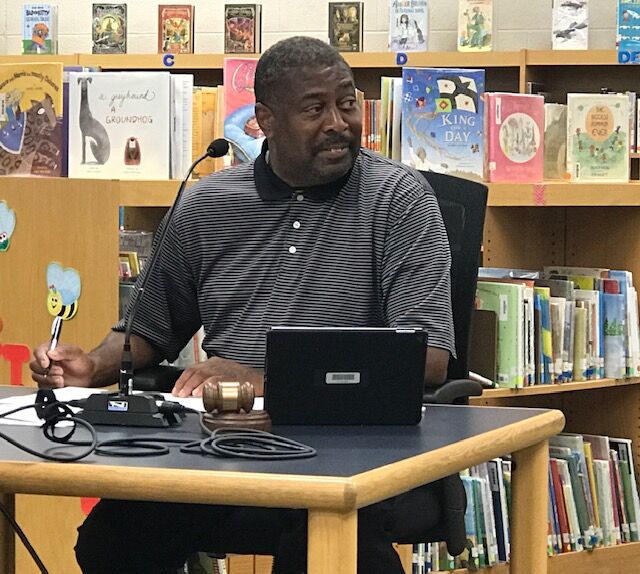 Robert Blair was selected as FSSD board chairman.

Minutes after reading a statement and again apologizing for sharing a controversial Facebook meme, Franklin Special School District board member Tim Stillings heard from three speakers saying his apologies were not enough.

“We’re asking Mr. Stillings to respectfully resign,” said Walter Simmons, a pastor and a co-founder of the Franklin Justice and Equity Coalition.

Stillings, who has served on the FSSD Board of Education since 1998 and had been chair for six years until stepping down last week, opened Monday night’s regularly scheduled board meeting at Franklin Elementary School by reading a statement and expressing his regrets over sharing the meme nearly two weeks ago that was derogatory and racist toward a segment of NFL players.

The board has since released a statement regarding the matter and addressed the issue Thursday in a special-called meeting via Zoom.

While board members and district staff have fielded emails, text messages and phone calls over the past several days, Monday night’s meeting was the first opportunity for FSSD families to make their feelings known in person.

In addition to Simmons, an African American, others speaking directly on the topic were Dustin Koctar, a local activist and board member of the FJEC, and Brant Bousquet, former executive director of the Hard Bargain Association and currently with Saddle Up!

Bousquet pointed out that he and Stillings have both been in the Franklin Rotary Club for years, and he was stunned to learn about the Facebook share.

“What comes to me is [that you’re] tone deaf. You don’t really understand what your words do.”

Bousquet suggested that in the long term the board have term limits.

“I think that is a very healthy and productive way of letting people in the community have opportunities to serve as leaders instead of having people serving upwards of 20 years,” he said.

“Sharing this meme was not the mistake,” he said. “To me, the mistake was he sprung a leak and gave us a glimpse of how he really feels about all of this. As long as Mr. Stillings sits on this board, I have no confidence that complaints of racial discrimination and experiences with racism in our schools will be taken seriously. If it’s OK for him to do it and still keep a seat on the board, then how much leeway will we give our faculty, staff and students in our schools?

“There should be zero tolerance for this behavior.”

Added Simmons: “This board should not have to continue to answer questions, emails, texts while Mr. Stillings should have already decided this doesn’t look good for the total team. Sometimes you have to take one for the team.”

As Stillings announced he was resigning as chair, the board selected Robert Blair as the new chairman and Alicia Barker as vice chair. Kevin Townsel will remain as secretary and Allena Bell stays as treasurer.