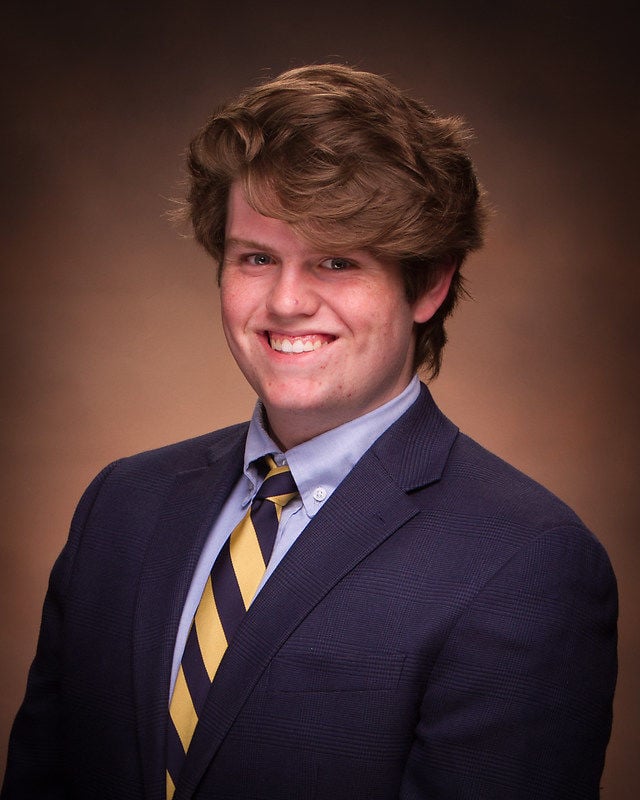 Butch Samide, son of Eric and Crissy Samide, is this week’s Student of the Week.

He is a member of the Varsity Football Team and the BGA Theater Program. He also participates in Fantasy Sports Clubs.

One of his biggest passions is sports. “It gives people an outlet to achieve their dreams and to meet people they never would have met otherwise,” he said. “The world of sports is so diverse and interwoven with lessons about life and how to overcome adversity, which helps people whether they are playing professionally or the last player on the bench on their high school team.” He added,  “I don’t see sports, basketball especially, as  an activity, but I instead see it as art, with each player expressing themselves in a different way…”

One of his biggest role models is professional basketball player LeBron James. He said he looks up to him because of his contributions to society along with his natural athletic talent. “LeBron does whatever he is passionate about, which rings home for me…” he said.

His favorite teacher at BGA is Ms. Handelsman, who teaches AP English. He said he appreciates how much confidence she instills in him.

After graduating next year, Samide plans to go to college to study sports management. One day he hopes to become a General Manager for an NBA team or an agent for professional athletes.