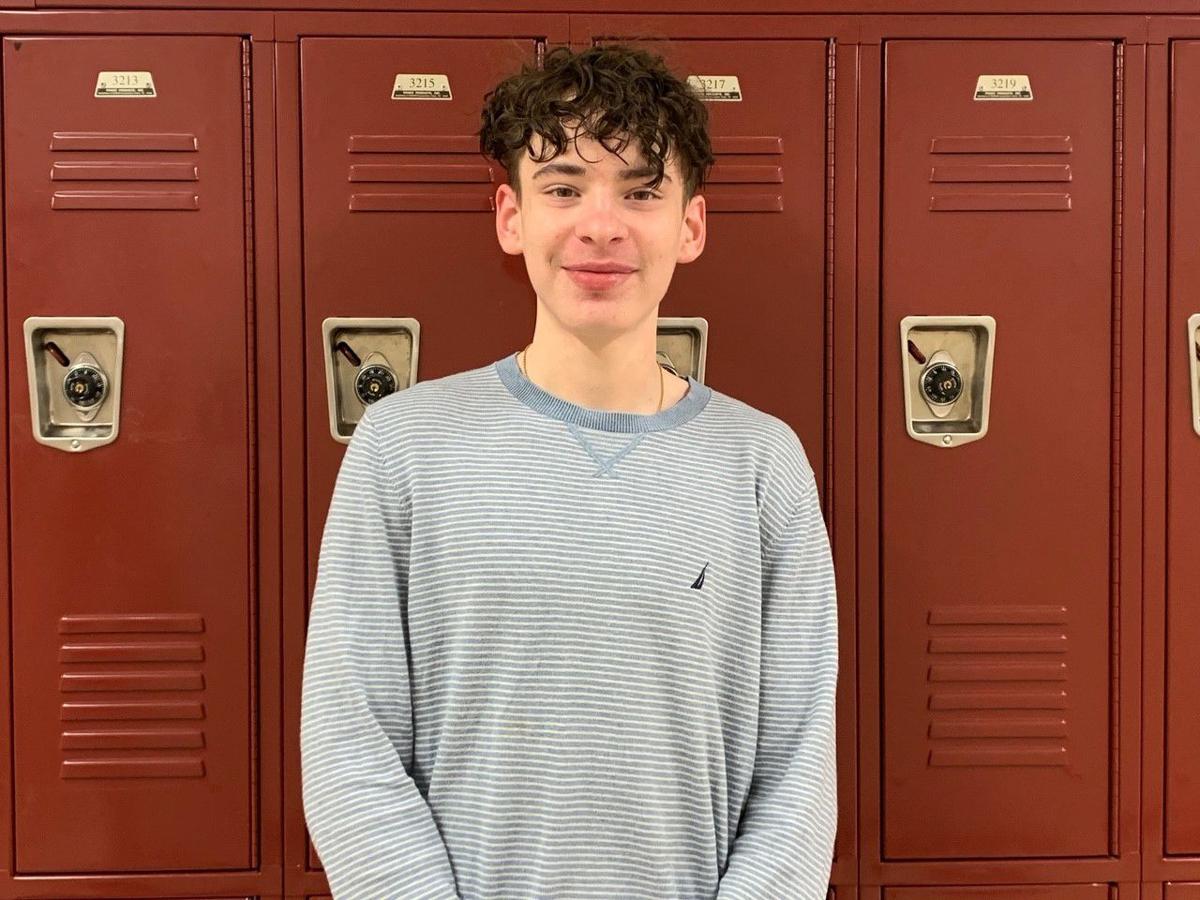 Gerischer said his biggest academic accomplishment this year has been achieving higher grades and working harder in class.

His biggest goals and passions are making money and continuing to improve himself. He said he looks to his role models as guides of how to conduct himself.

His favorite class at FHS is TV and Film with Mrs. Thompson. “The environment in that classroom is amazing and welcoming… let’s me be creative,” he said.

Two of Gerischer’s teachers, Ms. Jordan and Ms. Dyer, said of him, “In all my many years of teaching… over 30… I have never seen a student do such a 180. He went from coming in late, sleeping in class… to a mature young man getting here on time and sometimes early, always having homework, listening in class, asking good questions and caring not only about himself but those around him and to a passing grade (B). he is such a positive person and a delight to work [with.] I must say it is miraculous.”

When he’s not in class he enjoys going to the gym and reading.

After graduating from FHS, he would like to pursue a career as either an actor, model or entrepreneur.