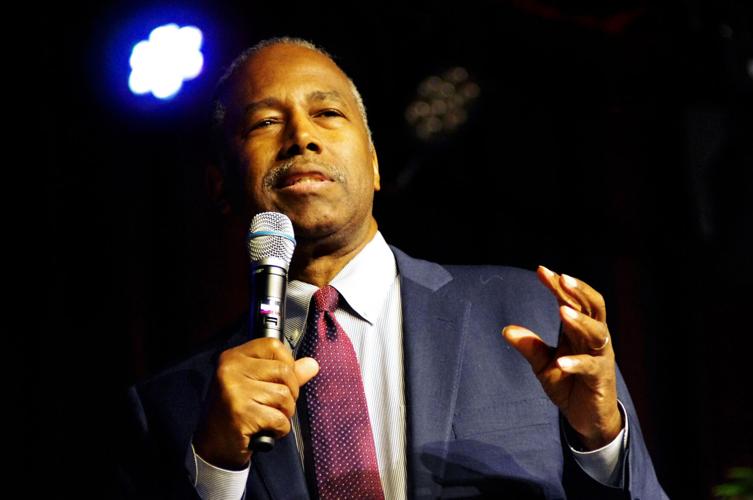 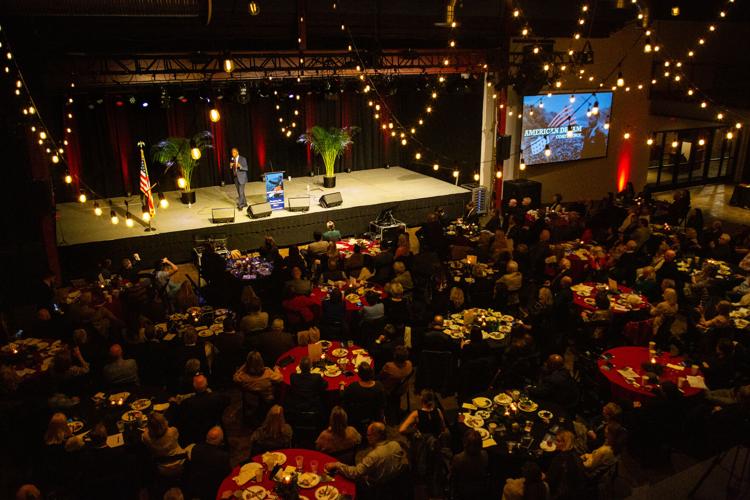 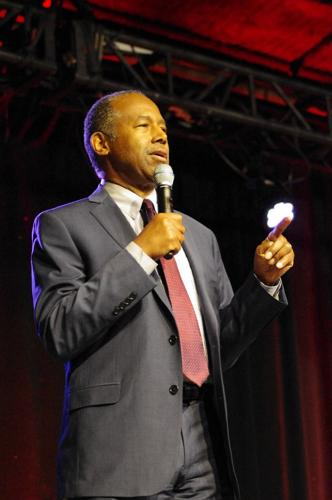 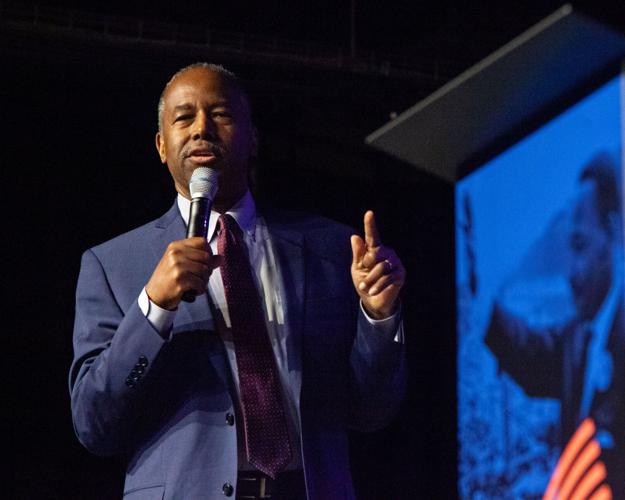 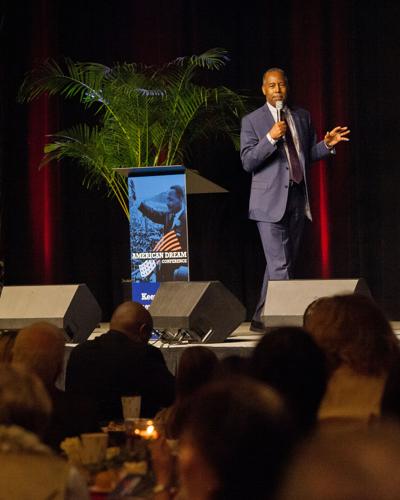 In his visit to Franklin on Friday for the "American Dream Conference," an event described as "a celebration of the spirit and American ideals of MLK Jr.," former U.S. Secretary of Housing Ben Carson spoke out against what he called "the indoctrination of young people," alleging that children today are "being taught in school [that America] is a horrible place because of slavery."

Carson further suggested that not only were such teachings "antithetical to Dr. [Martin Luther] King's dream," but that they bore a strong resemblance to hypothetical communist takeovers described by Vladimir Lenin and Nikita Khrushchev, two well-known Soviet Union officials from the early to mid-20th century.

The two-day event was organized in part by both We the People Project and the Williamson County chapter of Moms for Liberty, both conservative nonprofits that operate nationally.

Held over Martin Luther King Jr. Day Weekend, the event saw a number of speakers discuss what they believe to be a growing presence of Critical Race Theory (CRT) being taught in K-12 schools across the country.

A graduate-level academic concept, CRT argues racism to be a social construct, and that racism is both "the product of individual bias or prejudice" and "something embedded in legal systems and policies."

The event garnered controversy earlier this month when Bernice King, the youngest child of Martin Luther King Jr., criticized the Williamson County chapter of Moms for Liberty for using her father's image and teachings to promote their event.

King said her issue with the organization using her father's image was that just months prior, Moms for Liberty had filed a complaint with the state over a Martin Luther King Jr. book being taught in Williamson County Schools for having "Anti-American [and] Anti-White teaching."

Carson, who was also a Republican candidate in the 2016 presidential election, was greeted to the stage at the Factory at Franklin by the applause of hundreds of guests.

His main message that was strewn throughout his 45-minute speech was that the United States was indeed a great country, and that those who preached otherwise were doing so only to sow division.

"If our country was all that bad, why would people be forming caravans trying to get in here? You can take the most radical left-wing person and the most radical right-wing person in this country, and they're going to agree on 90 percent of stuff; but the haters take that 10 percent that they don't agree on, and they try to make that into the biggest factor in our lives.

"We must be smart enough to resist that, and recognize that all of this animosity that's going on right now is intentional."

Carson went on to suggest that the alleged division sowed from things like CRT was by design, and bore a resemblance to the words to former Soviet Union leaders.

"You may remember Nikita Khrushchev, and how he said to Dwight Eisenhower 'your grandchildren's children will live under communism, and we will never have to fire a shot;' what did he know?" Carson said.

"He knew that in order to change this country, you weren't going to win a physical war, but that all you had to do is gain control of the educational system so that you could indoctrinate the children. People have known that forever."

Carson also suggested that the words of Lenin - a Russian revolutionary who led his country to become a one-party socialist state - bore a strong resemblance to what the United States was undergoing right now.

"Vladimir Lenin said, 'Give me your children to teach for four years, and the seed that I plant will never be uprooted;' people have known forever the importance of indoctrination of young people," Carson said.

"Khrushchev also knew that you had to gain control of the media so that you could spoon-feed the population only those things you wanted them to know and you could shield them from the things that you didn't want them to know. He knew you had to replace trust in God with trust in government. And he recognized that if you drive the national debt to such astronomical levels, you could then justify massive taxation, redistribution of wealth and total dependence on the government.

"Does any of that sound familiar? It's all the stuff that's going on right now."

Regarding taxation, the United States ranks 45th in the world for income tax rates, and 89th for corporate tax rates. The United States also spends approximately 18.7 percent of its GDP on social services, well below France's 31 percent or Denmark's 28.3 percent.

The United States has seen a significant redistribution of wealth in the past two years, however, that wealth redistribution has gone upward to the wealthiest of Americans. The number of Americans living in poverty increased in 2020 when compared to pre-pandemic levels, while at the same time, the wealth of the world's 10 richest men doubled to $1.5 trillion.

"These people who are pushing politics that are antithetical to Dr. King's dream, what are they trying to do? They are trying to make people act like animals," Carson said.

"Let me tell you what I'm talking about: if you look at the human brain, and you put that next to an animal's brain, let's take a dog for instance,  the animal's brain will have a very well-developed midbrain because a mid-brain allows you to react. The human brain is not that well developed in the midbrain, but it has huge frontal lobes: those allow you to process information, actual intellectual function, grasp information from the past and the present [and] project it into a plan.

"In other words, to be able to judge somebody by the content of their character and not the color of their skin. They want us and they want our children to act like animals and just look at the color of someone's skin; how utterly ridiculous."

Often sympathetic to socialist ideas, MLK Jr.'s political beliefs were often at odds with the U.S. government during the Cold War climate of the 1950s and 1960s. The Home Page asked Carson after the event how he squared his support of MLK Jr. - who in 1952 said he was "much more socialistic in [his] economic theory than capitalistic" - with his own political ideology.

"Well the overriding thing that he talked about what freedom, and when you look at socialism, they don't talk about freedom," Carson said. "So he was obviously talking about something else; people have different definitions of it."

Edit: This story was edited on 1/18/22 to include Ben Carson's response to the Home Page's question. 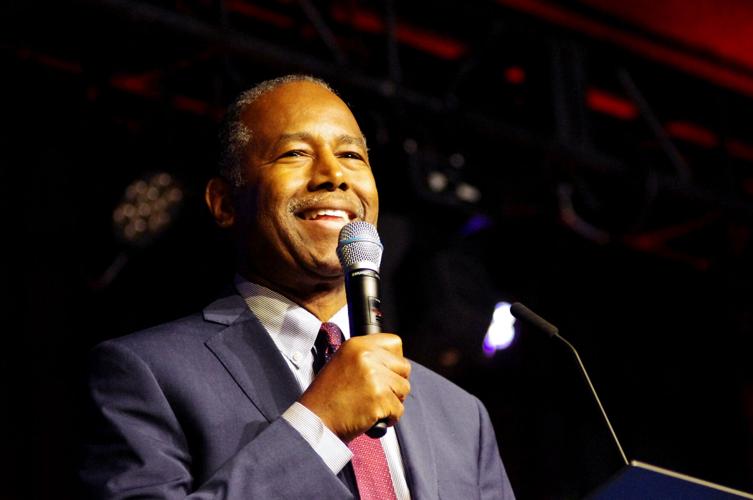 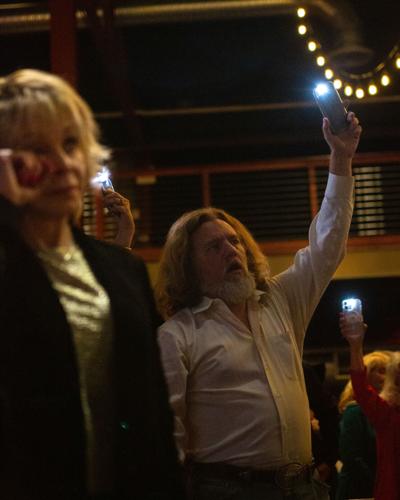 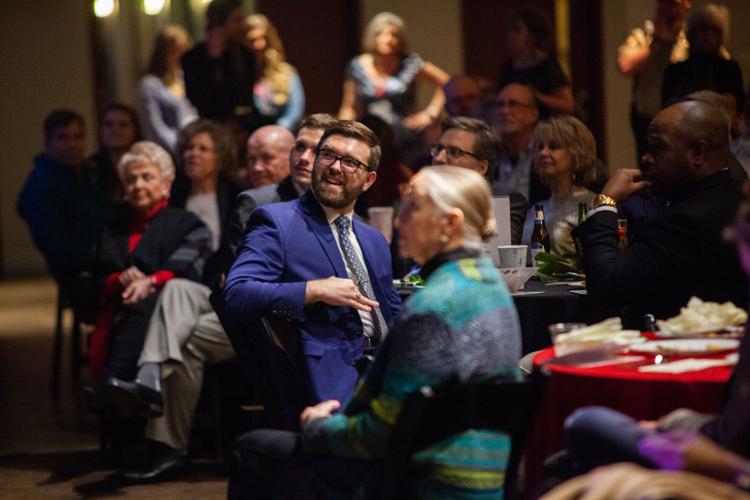 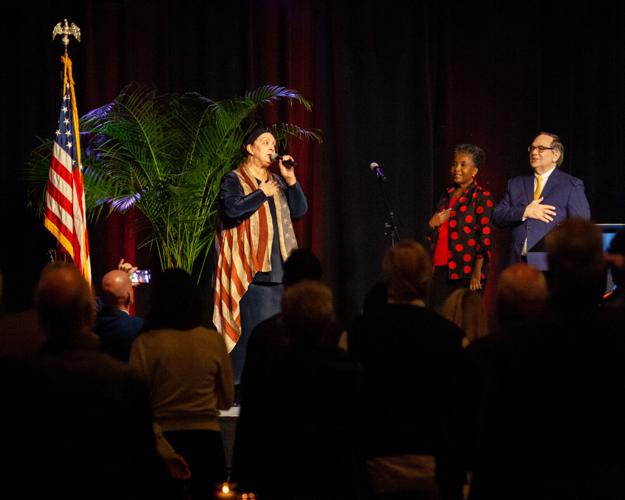 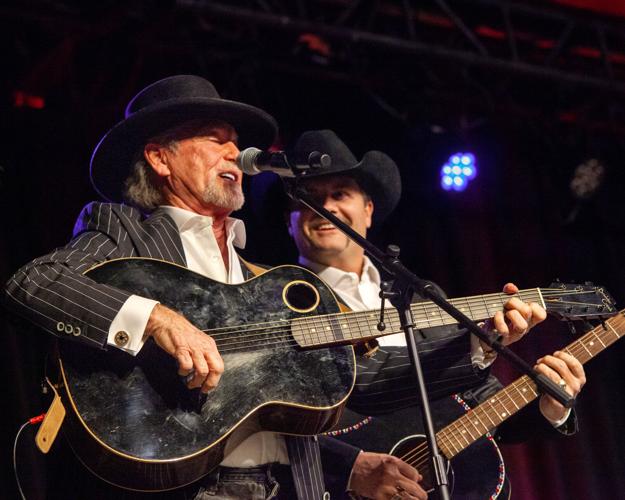 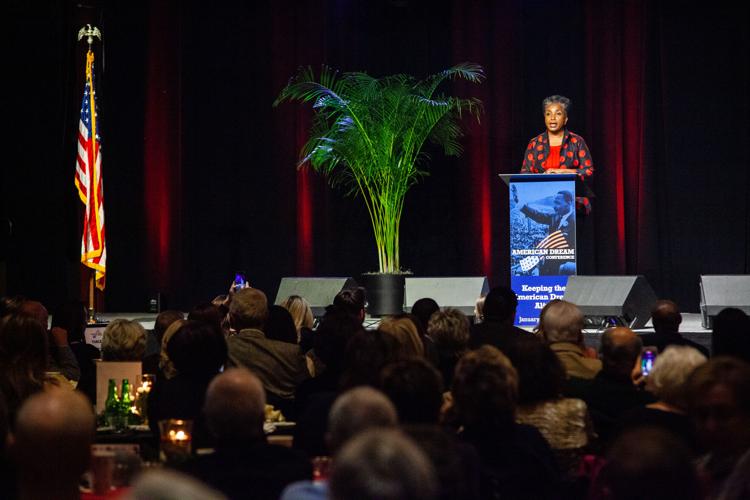 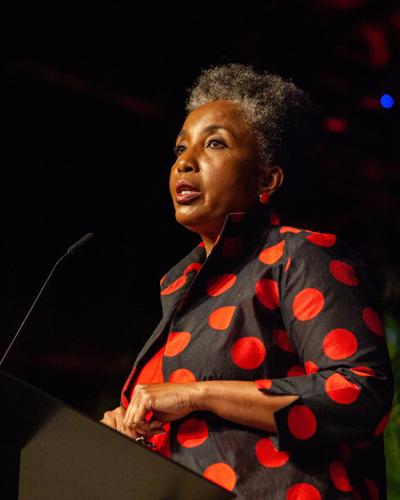 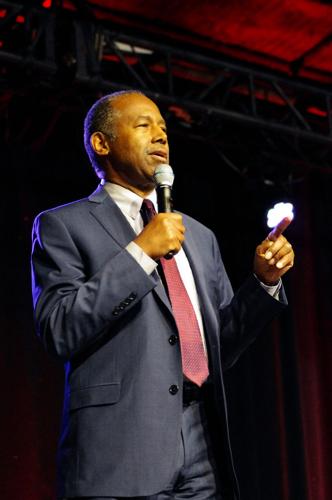