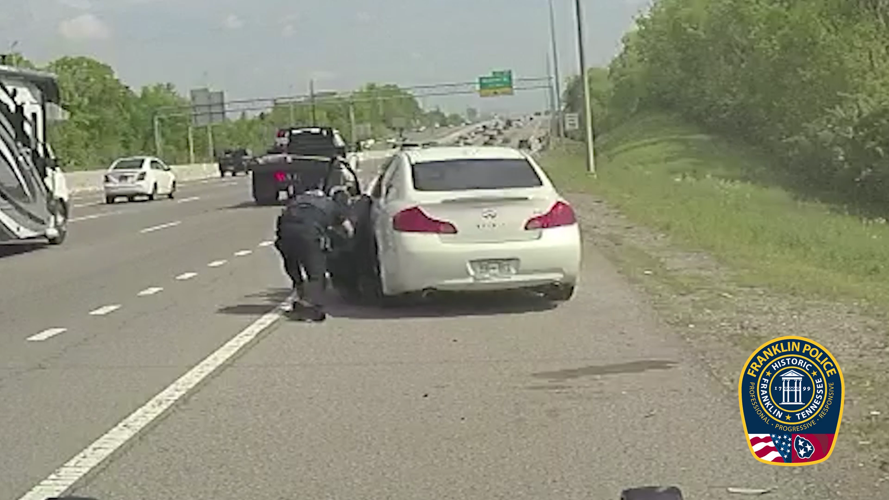 FPD released dash camera footage of the traffic stop that led to the injury of two officers on Sunday, April 24, 2022. 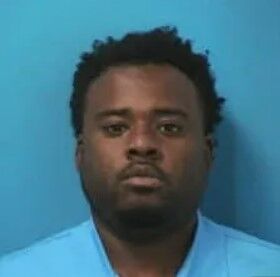 Two Franklin police officers were injured on Sunday morning while attempting to detain a driver on Interstate 65.

According to an FPD news release, FPD Officer Dustyn Stevens first stopped 26-year-old Roy Nicholson, of Columbia, at 10:20 a.m. on I-65 between Murfreesboro Road and McEwen Drive for an unspecified traffic violation.

"The Officer, who was initially investigating a traffic violation, asked Nicholson to step out of his car after seeing a gun in the vehicle and smelling marijuana," the news release reads.

Police said that Nicholson "began actively resisting," which was recorded in a police vehicle dash camera recording released to the public on Monday. The footage shows the driver turn and pull away from the officer as the driver yells, "Stop," before he runs to his car.

Officer Stevens struggles to hold with the man, who manages to open the driver's side door of his car while another officer, identified as FPD Officer Matt Lamarr, pulls up to the scene.

Both officers are seen grabbing and pulling the man, who is now inside of the car before the car speeds off, dragging the two officers several feet before they fall to the ground. Officer Stevens' lower extremities appear to have been run over by the car's rear driver's side wheel.

Stevens, a four-year veteran of the department, was transported to Vanderbilt University Medical Center where he was treated and released for unspecified injuries, while the release said that Lamarr, a 16-year department veteran, was said to have had "superficial" injuries which did not require medical attention.

Nicholson has been charged with two counts of aggravated assault against a first responder and felony evading and was released from custody on a $40,000 bond set by the Magistrate.

Police said that "additional charges are expected," but no further details have been made publicly available at this time. Nicholson is scheduled to appear in court on June 9.