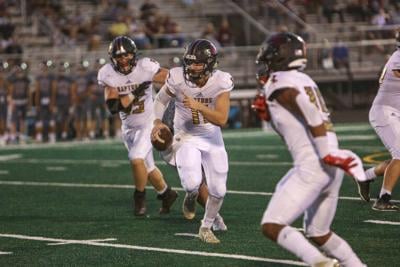 In spring 2019, then-Franklin High School boys basketball coach Darrin Joines was standing at the pinnacle of his career.

He led one of the best all-around teams in FHS and Williamson County basketball history to the state tournament after a banner year, through one of the toughest districts in the state.

To Joines, it’s a job he could’ve done for a few more years and been happy with. But when a new challenge emerged, the longtime coach jumped at the opportunity.

In June 2019, he replaced Jeremy Qualls as the athletic director for Williamson County Schools.

“Really, I could have coached there a few more years and would have been happy doing so, but then this opportunity came up,” Joines said. “I couldn’t turn this down... because it’s such a great job.”

Joines is a longtime member of the athletic community in Middle Tennessee, going from a Kentucky degree to Beech High School in Hendersonville, Tenn. His first coaching job was assisting then-Beech girls coach Dennis Walker for four seasons. Then, he was elevated to coach the boys team at Beech, a role he held for 16 seasons. Three seasons at Franklin followed that before he made the move to the WCS main office.

He looks back fondly with his time at Franklin, a role he never thought he’d have after leaving the bench at Beech.

“I had the chance to get in this school system through that particular job,” Joines said of FHS. “Those three years, I felt like a kid again in a lot of ways or a young coach... I really felt rejuvenated being in that program... it’s pretty special to think you could take your last year that you ever coach and end it at the state tournament.”

In his current role, Joines is, effectively, the coach of all county athletic programs. He’s all at once an advocate for Williamson’s many public athletics programs, a key administrative figure in decisions big and small, a top fan in the stands for any and all WillCo teams and a marketing force trying to spread the message for county schools in the community and beyond. In the role, Joines also comes into contact with all of the county’s coaches, rather than just the ones he would compete against in boys basketball. The AD said he feels his experience on the sideline helps him to engage with the county’s various coaches.

“I need to be sort of a servant-leader for them,” Joines said. “Make sure that, you know, whatever they need help with, that I try to help them with. Sometimes, that means just listening...having that experience as a coach, I think that helps. I get it. I get what they’re going through.”

Being an athletic director of an entire school system does give Joines the chance to do something he hadn’t done before and now enjoys doing: getting to sample the wide variety of premiere competition the county has to offer.

“No matter what school I was at, I always try to support the other sports and programs,” he said. “But you know, I wasn’t always at a school where those programs were the best programs in the league. So, for me to go out...and watch Brentwood and Ravenwood play volleyball, for example. That’s not something I would have ever gone and done, you know, if there was a regular season match between those great programs, and it’s just kind of fun to see the best athletes play and coaches who did the best work.”

To Joines, the future is bright in the county’s athletics just by looking at its past. He cites 2019 fall state winners like Brentwood volleyball, Ravenwood girls soccer, Nolensville volleyball and Franklin golf as examples of the county’s run in recent postseasons, among other success stories. He also says he’d like to see potential facility upgrades as part of that future for the county.

One of the words Joines used a few times to describe his role was marketing. A long-time marketing teacher, Joines said he wants to take that mentality into his work as the AD, to shine a light on the county’s successes and many student-athletes. And, to the longtime coach-turned-administrator, it’s not a hard program to market.

“It’s hard to promote something that’s not very good,” Joines said with a laugh. “So, the most exciting thing for me is how we perform... the product we have here is so good, it really is.”