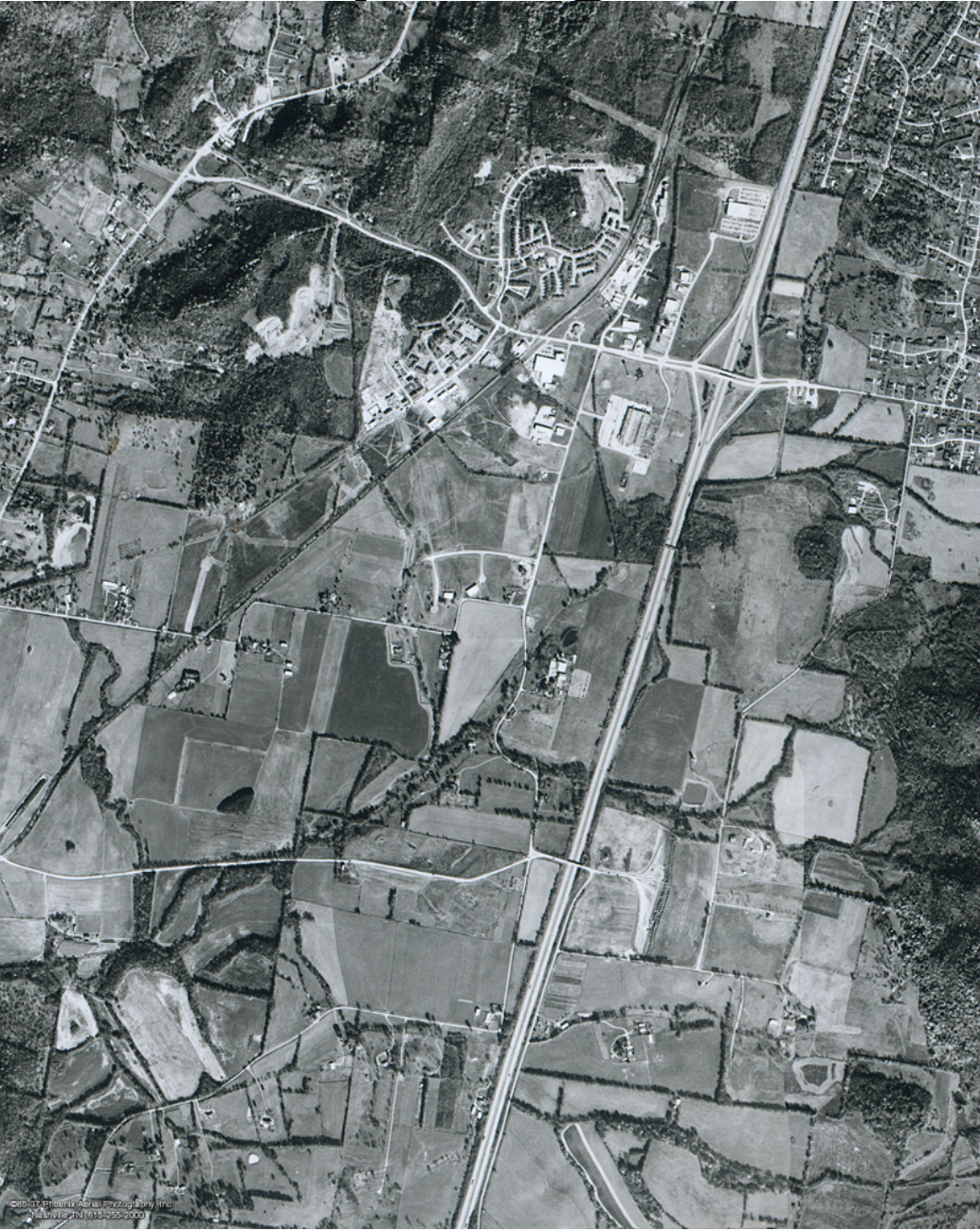 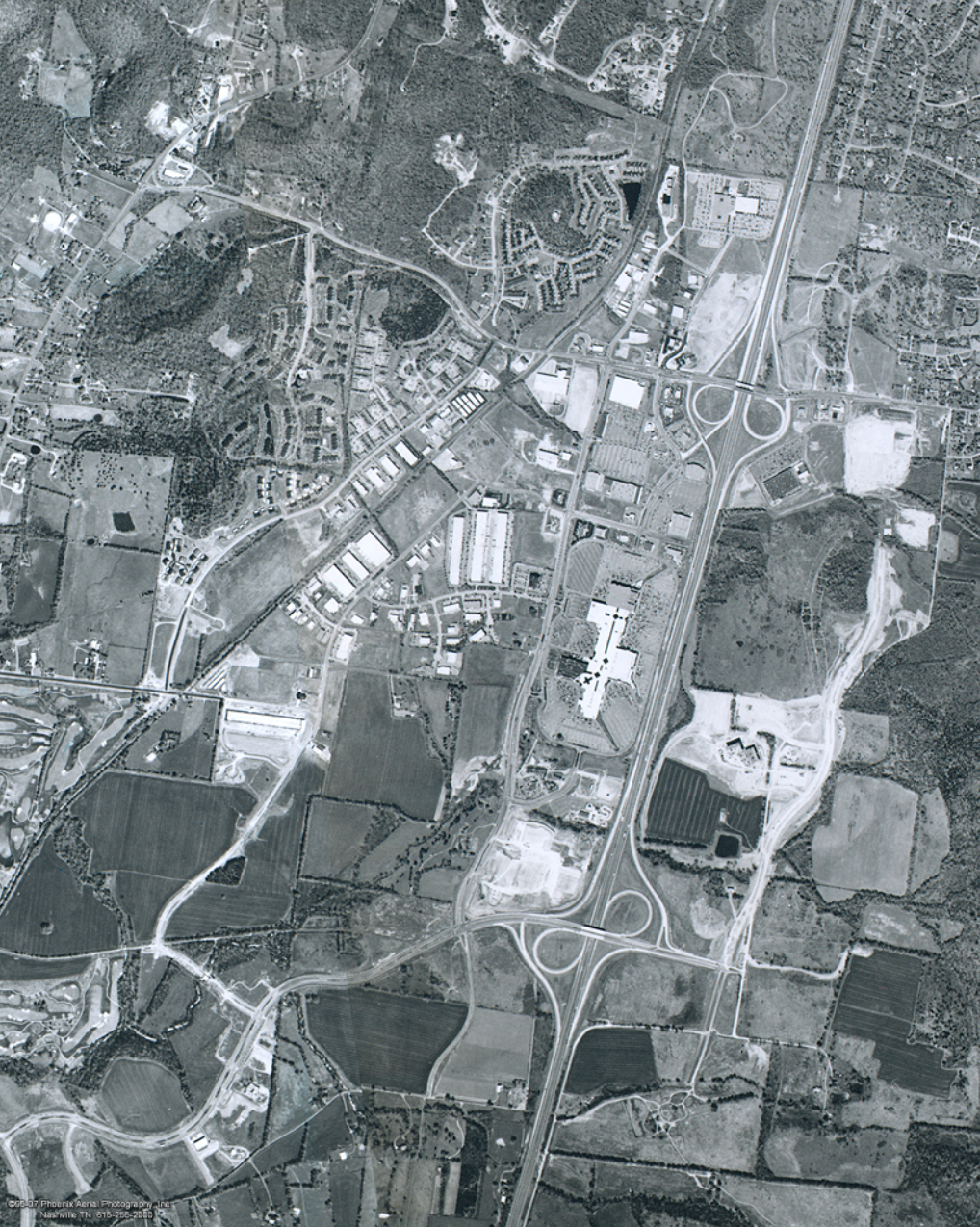 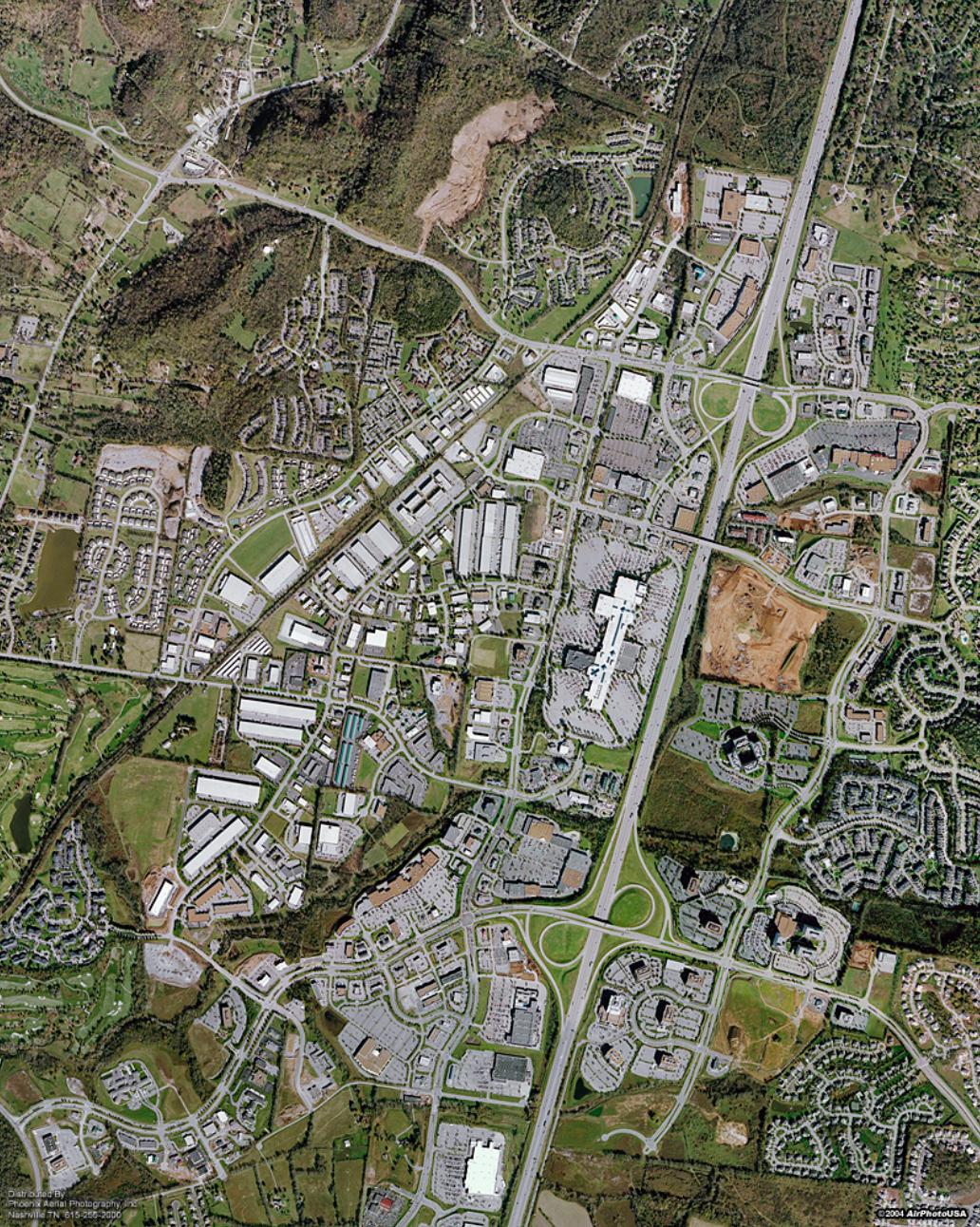 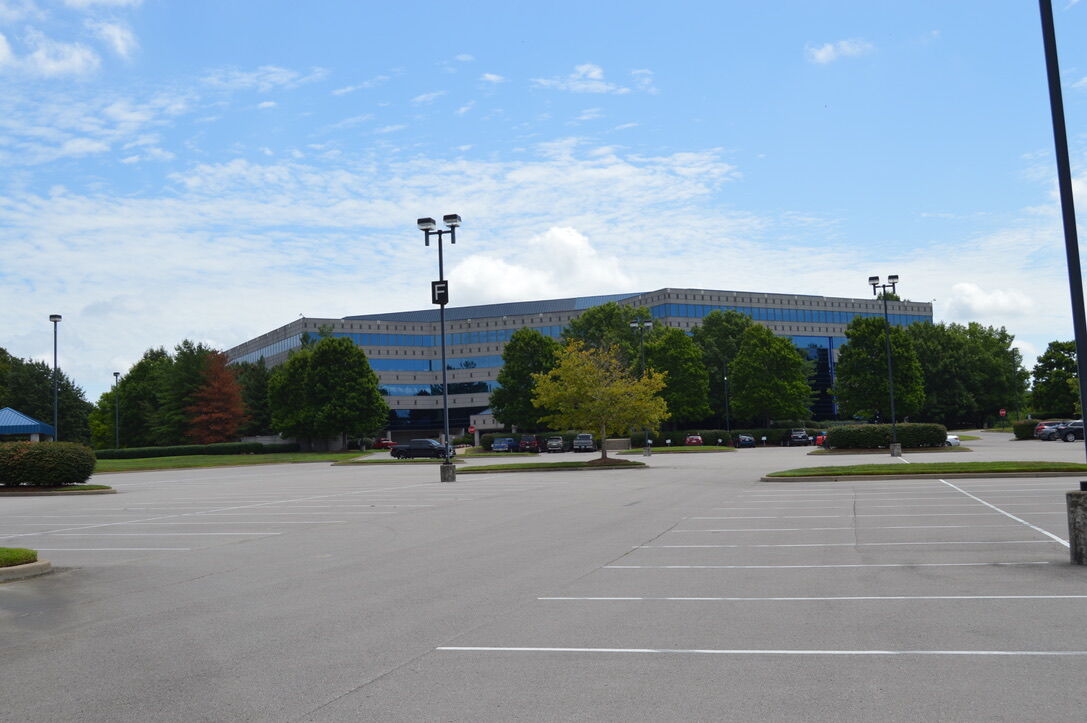 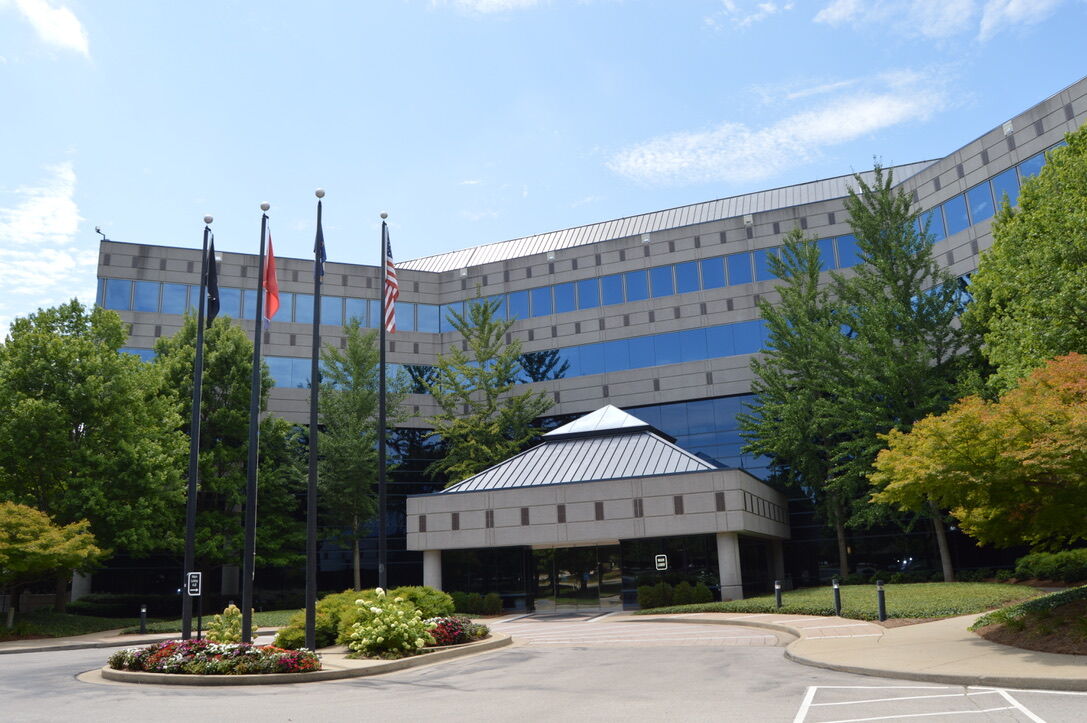 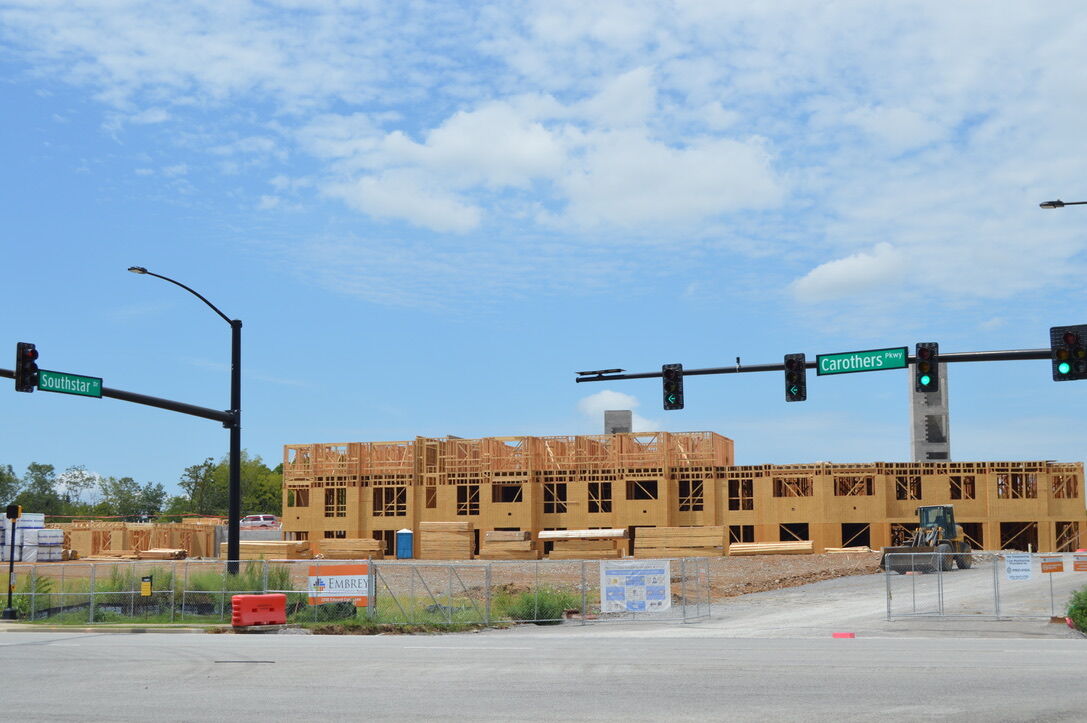 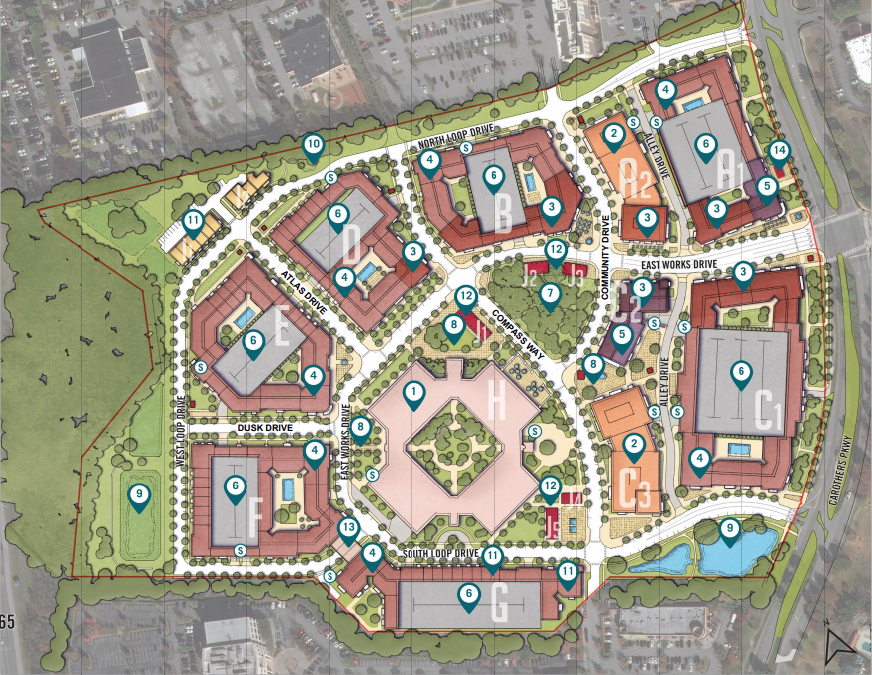 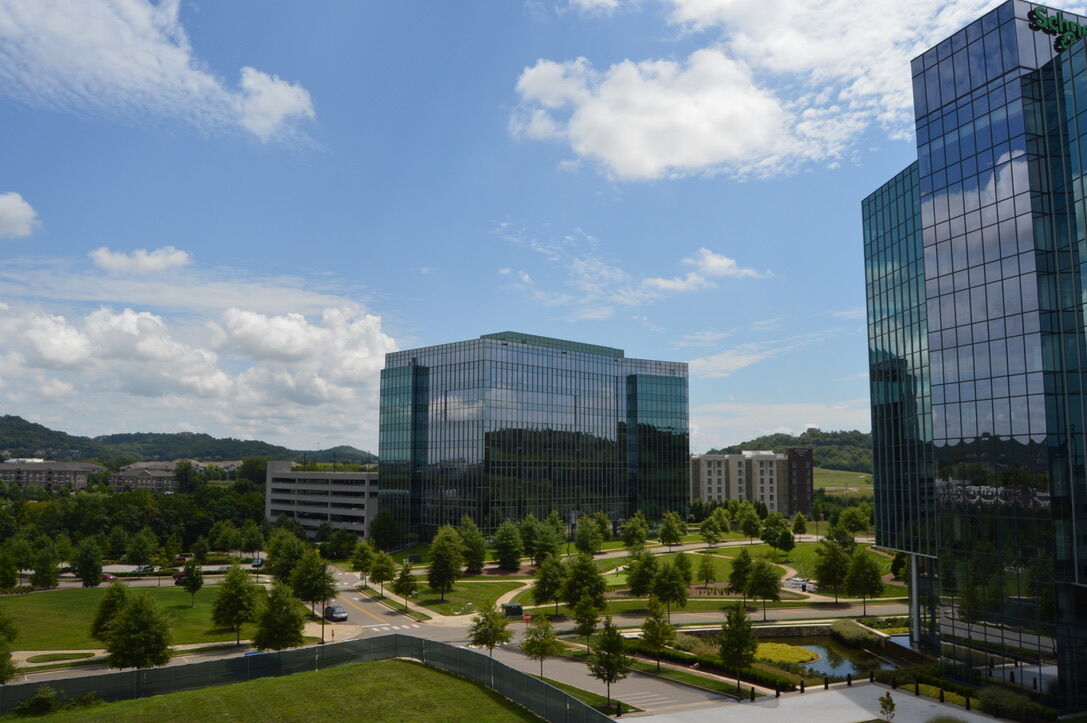 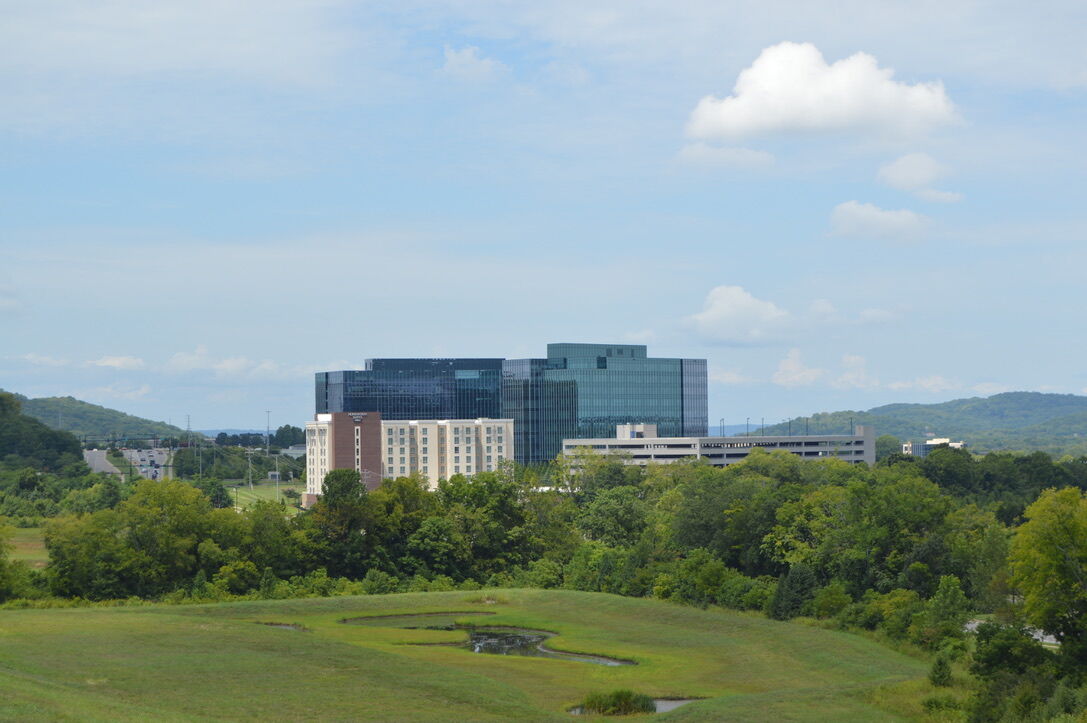 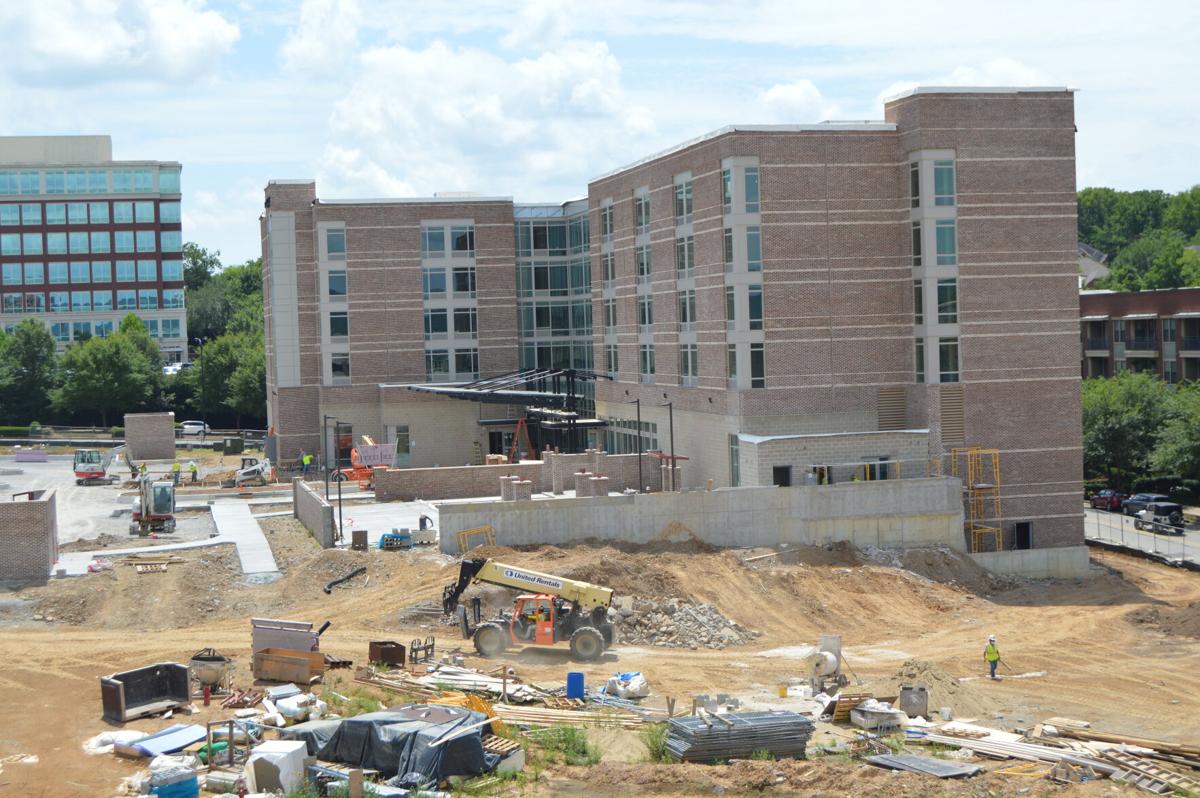 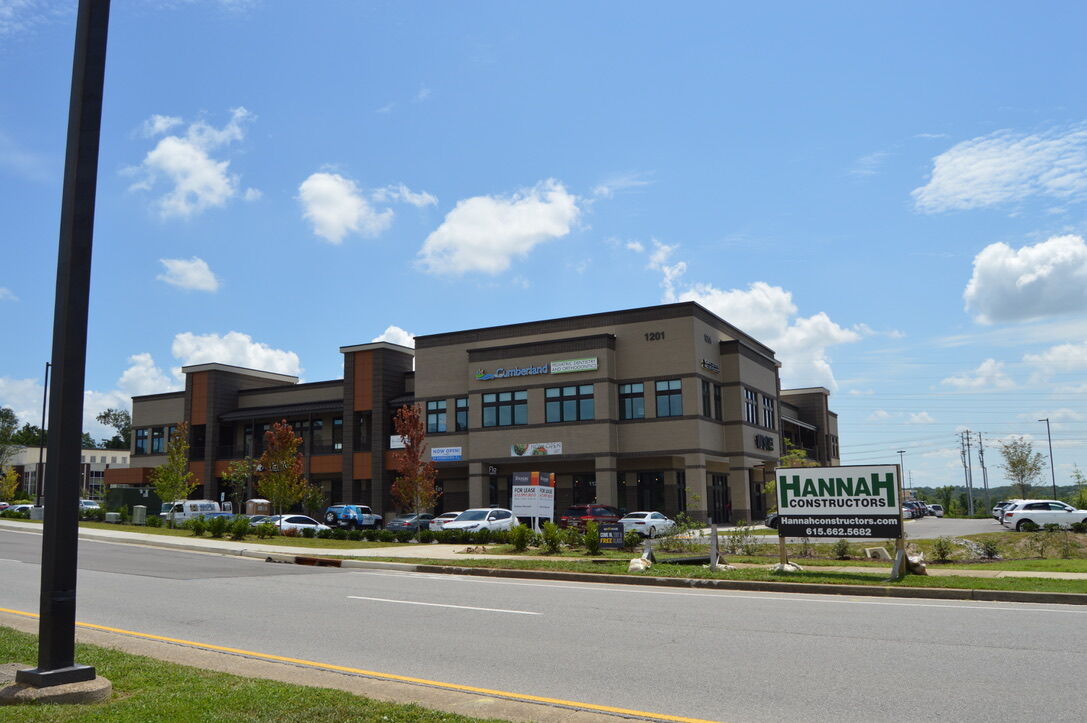 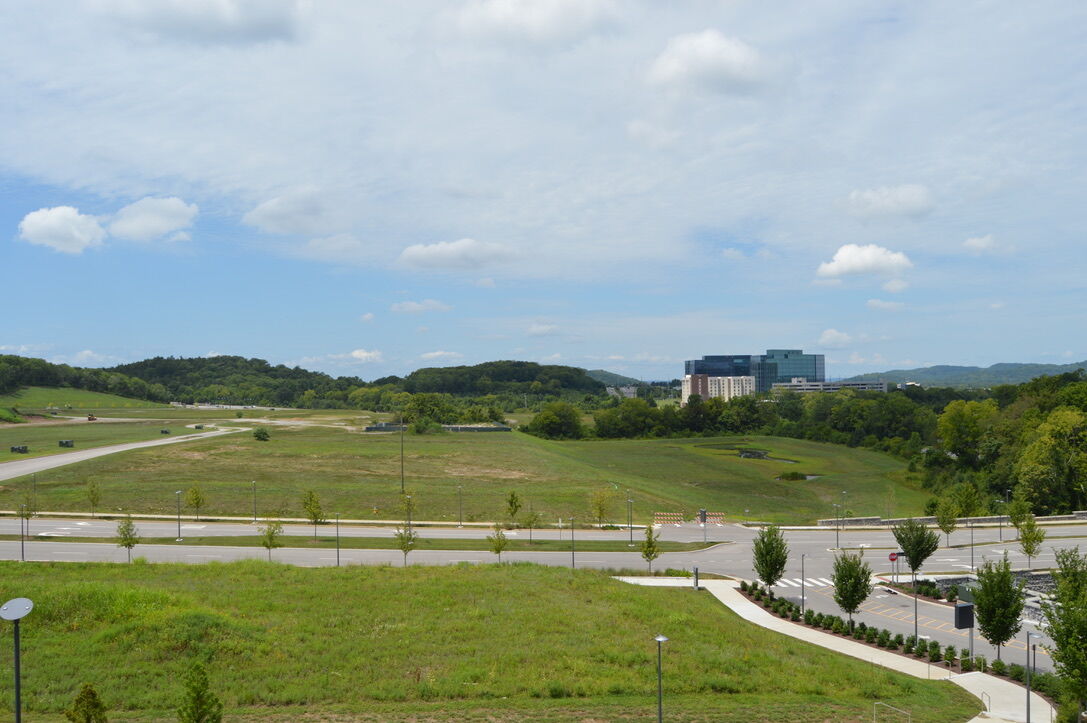 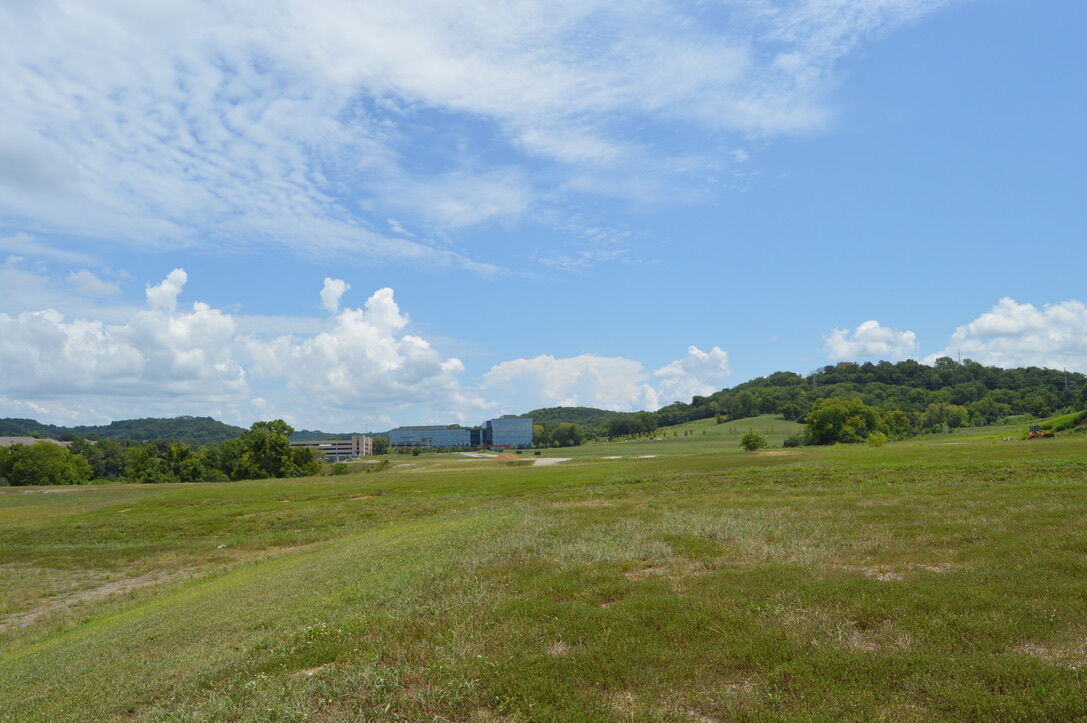 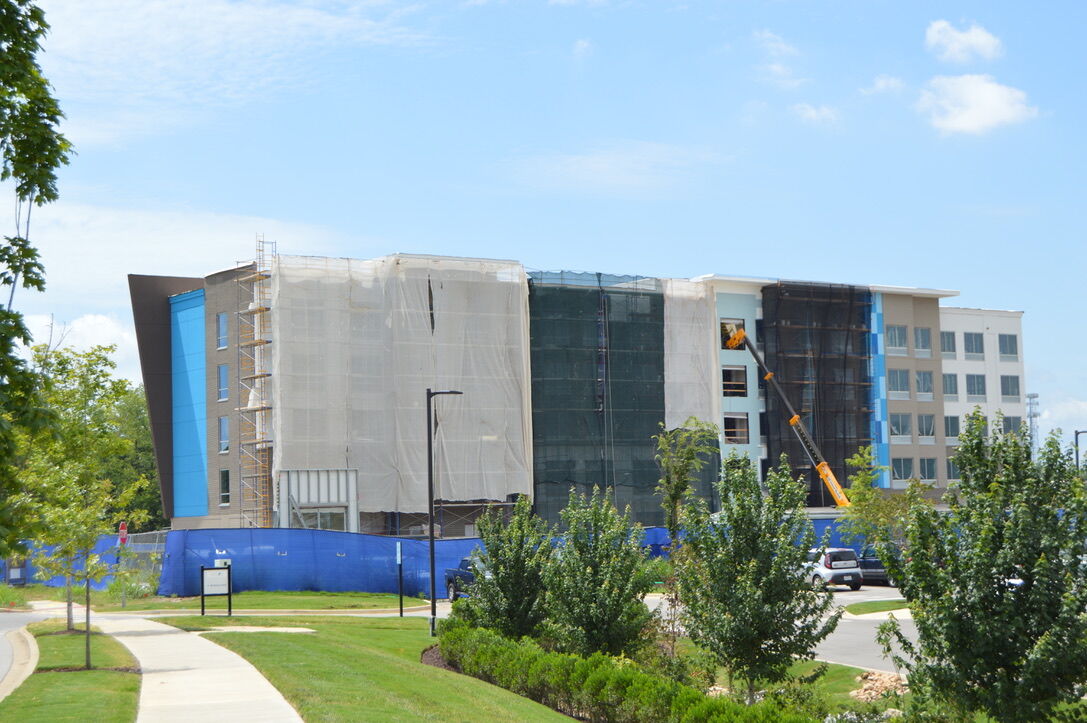 Nearly a quarter century ago, crops covered an adjacent field as construction started on the Carothers Building, the first major office in Cool Springs. At that time, most of the surrounding land was agricultural and the internet was brand new.

A few years later, the dot-com crash slowed down the U.S. economy, but a few more offices popped up in Cool Springs.

The real boom started in 2005 when the Japanese carmaker Nissan decided to build its North American headquarters on Carothers Parkway, paving the way for a string of major corporate headquarters.

Nissan finished its offices in 2008. That year, the financial crisis devastated the global economy. By 2009, unemployment in the county hit 7.5%.

However, development in Cool Springs exploded over the next decade. The finance company Jackson National Life Insurance, Dave Ramsey’s financial advice company, the energy management company Schneider Electric, and the pet food manufacturer Mars Pet care all opened or expanded offices. In the 12 months leading up to the coronavirus pandemic, the medical device manufacturer Medacta, the carmaker Mitsubishi and Spirit Airlines all announced major office projects.

Now Cool Springs is entering its third recession since transforming into a regional office hub, but developers say the area is poised to weather this one just as it has previously. The pandemic is pushing back construction timelines, but the pandemic could even make the area even more attractive, as urban companies and employees look for more space in the suburbs.

In the midst of the virus outbreak, several developers are moving forward with projects that promise to change Cool Springs into a quasi-urban, walkable business district filled with restaurants, shops and other amenities.

Glenn McGehee, president of the Frank lin developer SouthStar, estimates the coro navirus outbreak pushed back the timeline for his company’s Aureum development, on the southwest corner of McEwen Drive and Carothers Parkway, by about six months.

“We’re very excited about the future. Is it going to happen as fast as we would have told you it was going to happen? … We had hoped to already be moving dirt there,” McGehee said. “That’s just a product of our environment. It’s not because the site’s not a good site.”

Tenants are skittish because of the uncertainty caused by the coronavirus, but McGehee doesn’t expect that to last. He said the pandemic is forcing companies in dense cities to reconsider their current offices, which could benefit areas like Williamson County. Workers from dense, expensive cities searching for a lower cost of living have been migrating to the Nashville area for a long time. Between 2013 and 2017, more than 2,000 people moved to Williamson County from the Los Angeles, Chicago and Phoenix areas.

“This pandemic is only going to accelerate that trend,” MarketStreet Enterprises Development Director Dirk Melton said. “The population growth of Williamson County is going to be gangbusters, there’s no reason to believe that’s going to be any different today than we thought six months ago. We need to be in a position to respond to that in the development community.” MarketStreet Enterprises — the master developer of the Gulch neighborhood in Nashville — aims to do that with its East Works District in Cool Springs. The firm plans to build 500,000 square feet of office space, 60,000 square feet of retail and restaurants and 600 hotel rooms around the Carothers Building, the same property that was surrounded by crops in 1994.

Melton said MarketStreet hopes to draw on the company’s experience in the Gulch to create a walkable neighborhood packed with restaurants and stores.

“People only want to park their car once, they want to have amenities at their doorstep,” Melton said. “That’s probably the most successful aspect of the Gulch. You’ve got close to 80 different restaurants, retailers and entertainment venues … The Cool Springs project will be a smaller microcosm of that.”

Melton said the development would also be much less dense than the Gulch, with lots of open space.

Melton doesn’t expect the first phase of construction to start until the fall of 2021. Between now and then, MarketStreet will have to determine what to build in the first phase, not an easy task in the middle of global pandemic.

“Our job as developers is to build what peo ple want, in the location that they want it at the price they’re willing to pay,” Melton said. “With a pandemic ... it’s very, very early in the process of trying to discern what the global changes to commercial real estate look like.”

Nobody quite knows what offices will look like when MarketStreet delivers the first phase of EastWorks. At SouthStar, McGehee said it’s probably too early to know what that means for office development.

“I don’t think people are in a real rush to totally redesign the way we do offices,” he said. “I think there is this wait and see. Certainly, conversations are being had after going through a pandemic: What does the next one look like? How can we be better prepared? Those are conversations that are going into design.”

Melton agreed that it’s hard to predict how offices will change, but he imagines that companies may prioritize collaborative space over offices, and workers might only spend a few days a week on site.

“That’s when the meetings happen, that’s when the collaborations happen,” he said. “The physical space has to respond to what that is rather than having a floor full of desks.”

The North Carolina developer Highwoods Properties still has plans to build up to 1.4 million square feet of office space in the Ovation development, but progress is currently stalled. A co-developer has failed to build the retail and residential portion of the project, which makes it hard to market new office space.

Despite the delays, Highwoods Senior Vice President Brian Reames said he’s optimistic about the future of the Cool Springs office market. Even with rising vacancy rates — which hit double digits before the virus outbreak — Cool Springs remains a good place to build.

“Cool Springs has really never experienced a vacancy rate like that, but it’s because there’s a lot of building going on to respond to the en ergy,” Reames said. “It’s a great submarket, and it’ll just be a matter of time before it’s back.”

Melton said the task of anticipating trends in office development is like a hockey player moving to where the puck is going to be. Getting there too early means climbing vacancy rates and wasted resources. Getting there too late means a missed opportunity.

“We’re hopeful to get, just like everybody else, more visibility about how the market’s responding to the situation we’re in right now. It’s changing week by week,” he said. “Hopefully, when it’s time to go we’ll be ready to go, too.”

TIMELINE: In 2017, Crescent Communities told the Tennessean and the Nashville Business Journal that it expected to start construction in 2018 and finish the project in 2021. Construction has not started yet.

TIMELINE: Construction is mostly complete. SouthStar is planning to build one more office building. Construction on that should start in the fall of 2020.

TIMELINE: The developer hopes to start construction in the fall of 2021, which means they could de liver the first phase by early 2024. The full, six-phase plan could take 15 to 20 years to complete.

OFFICE SPACE: 1 million square feet, with about half of that square footage coming from the existing Carothers Building.

TIMELINE: The City of Franklin has already approved the development plan for the project and the site plan for the first section. The property also has a historic home built by John Henry Caroth ers in 1937. It was listed on the National Register of Historic Places nearly 30 years ago. Developers plan to restore the house and use it as a community meeting space.

TIMELINE: Much of the project is already under construction. Mitsubishi has already moved into its space on the seventh floor of the office building.

TIMELINE: The project is currently stalled after a lending group foreclosed on about half of the land, previously owned by Georgia developer Stan Thomas. Thomas was slated to build the residential, retail and restaurant portions of the development, while Highwoods built the office space. Much of the infrastructure, such as roads and stop lights, has already been installed, but Thomas’ company never started developing his portion of the land.

The lending group is still trying to sell the property. Thomas’ company still owns a parcel of land on the south side of the development. Highwoods Properties has already constructed the North American headquarters for Mars Petcare on the east side of the property. Senior Vice President Brian Reames said it will be hard for Highwoods to move forward without progress on the foreclosed lot.

“I think substantially that’s why there hasn’t been as much momentum,” he said. “Today, it’s not just a question of what’s going to be there. Everyone can see what was planned. But is that still feasible and if not, what will it be and when will it be?”