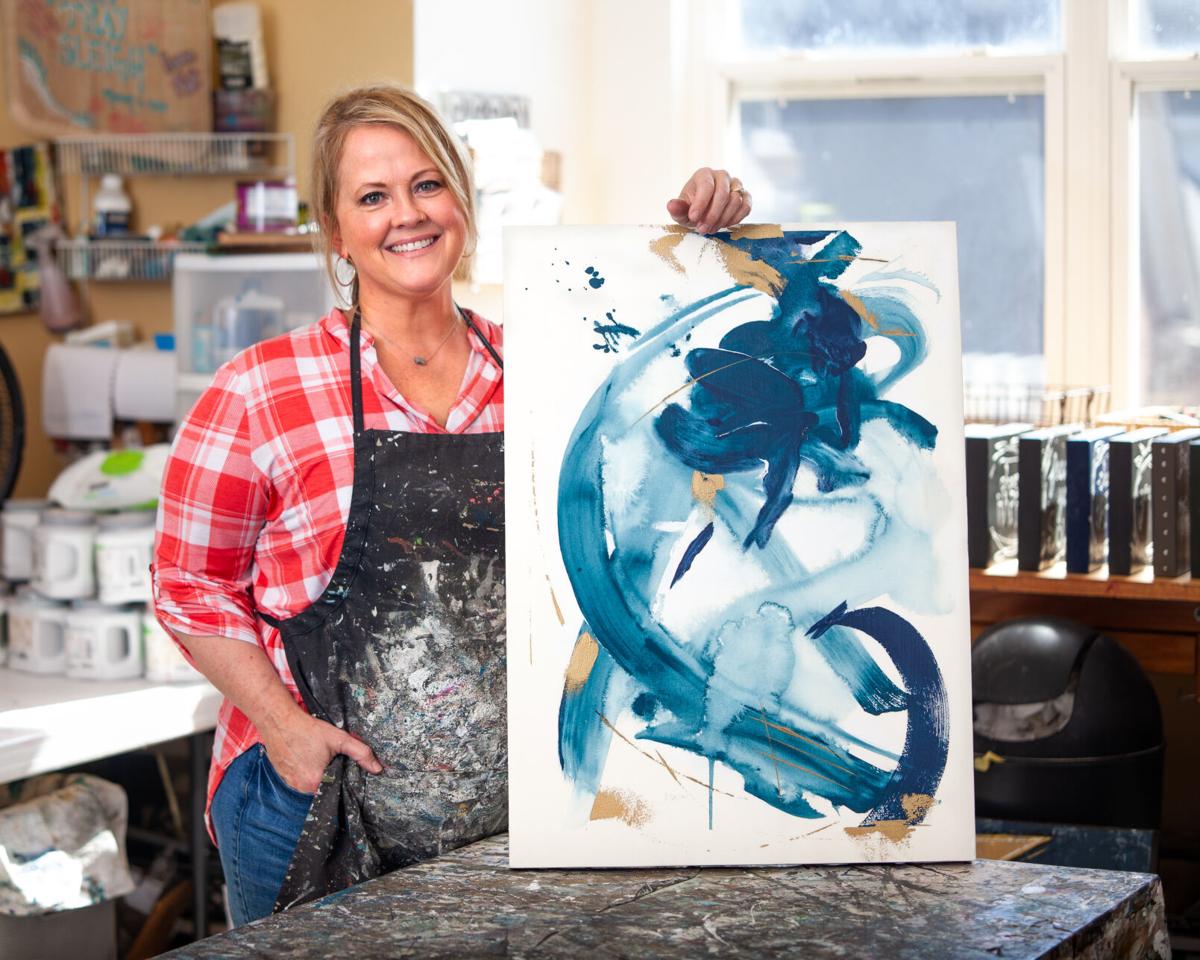 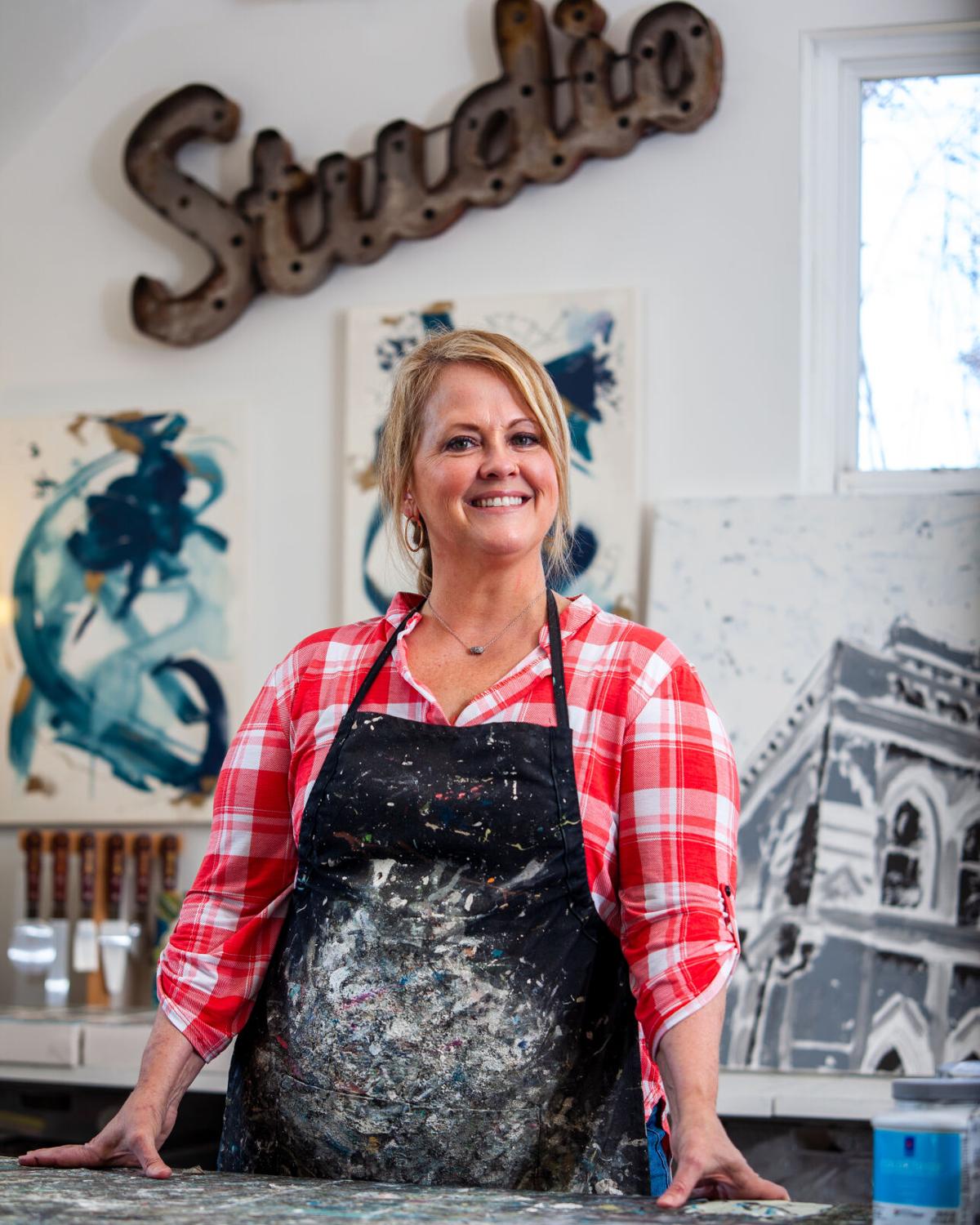 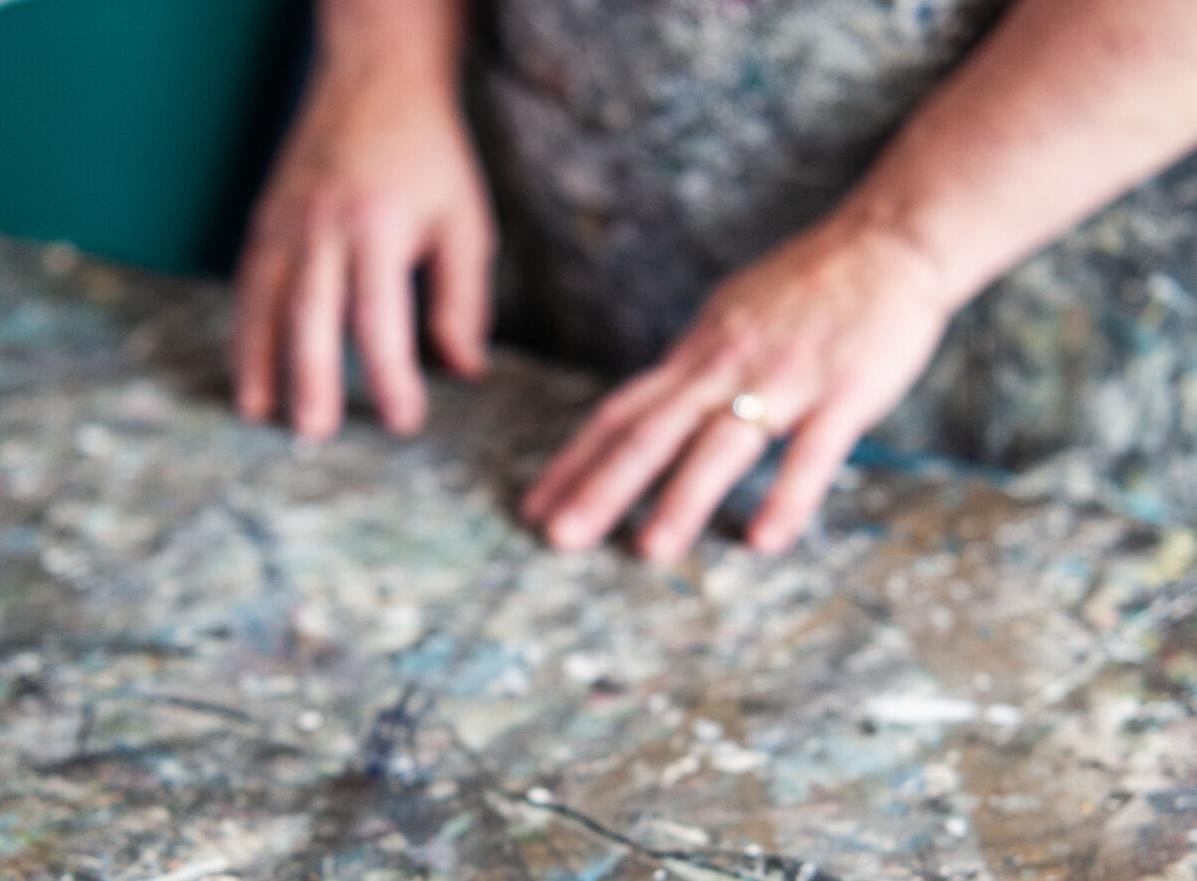 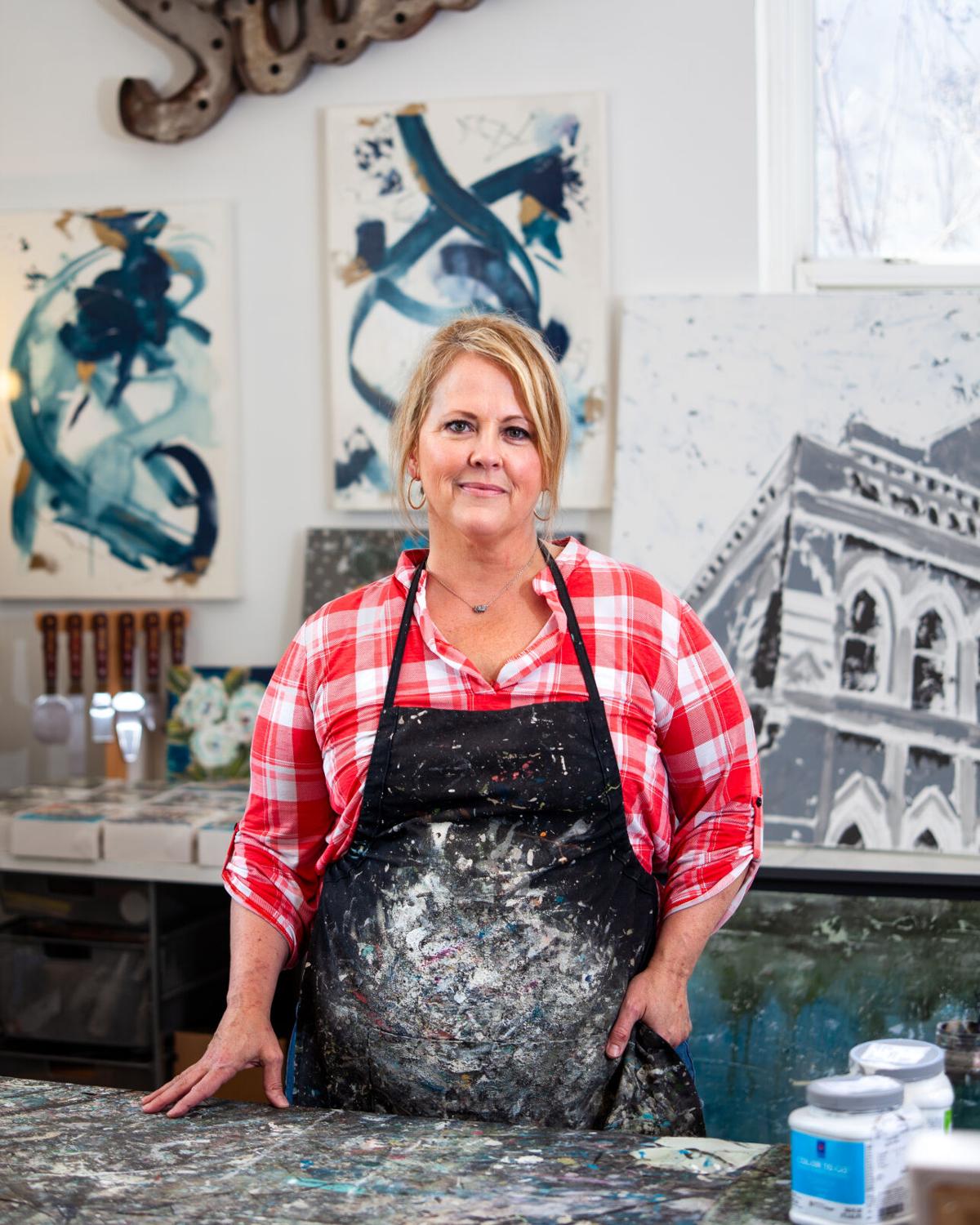 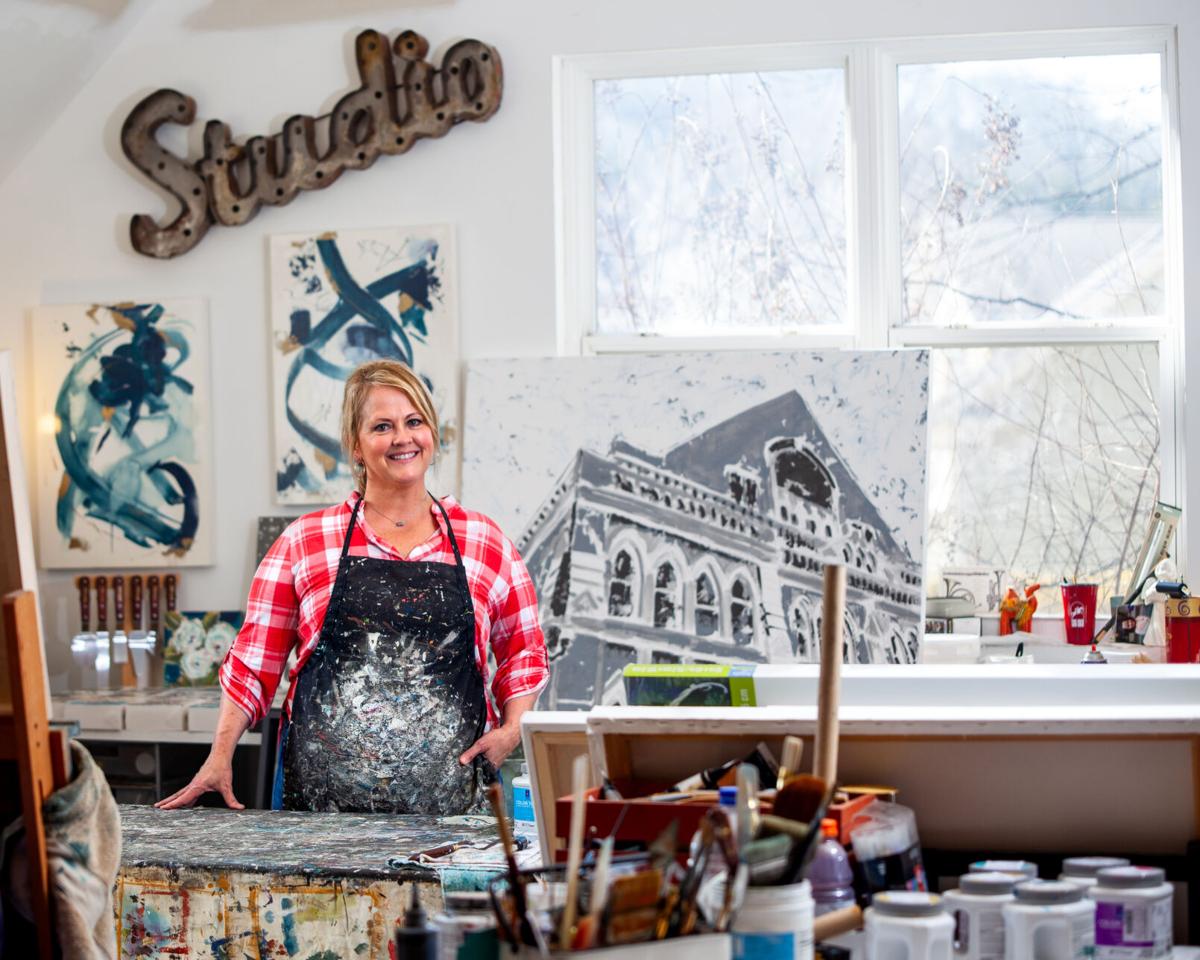 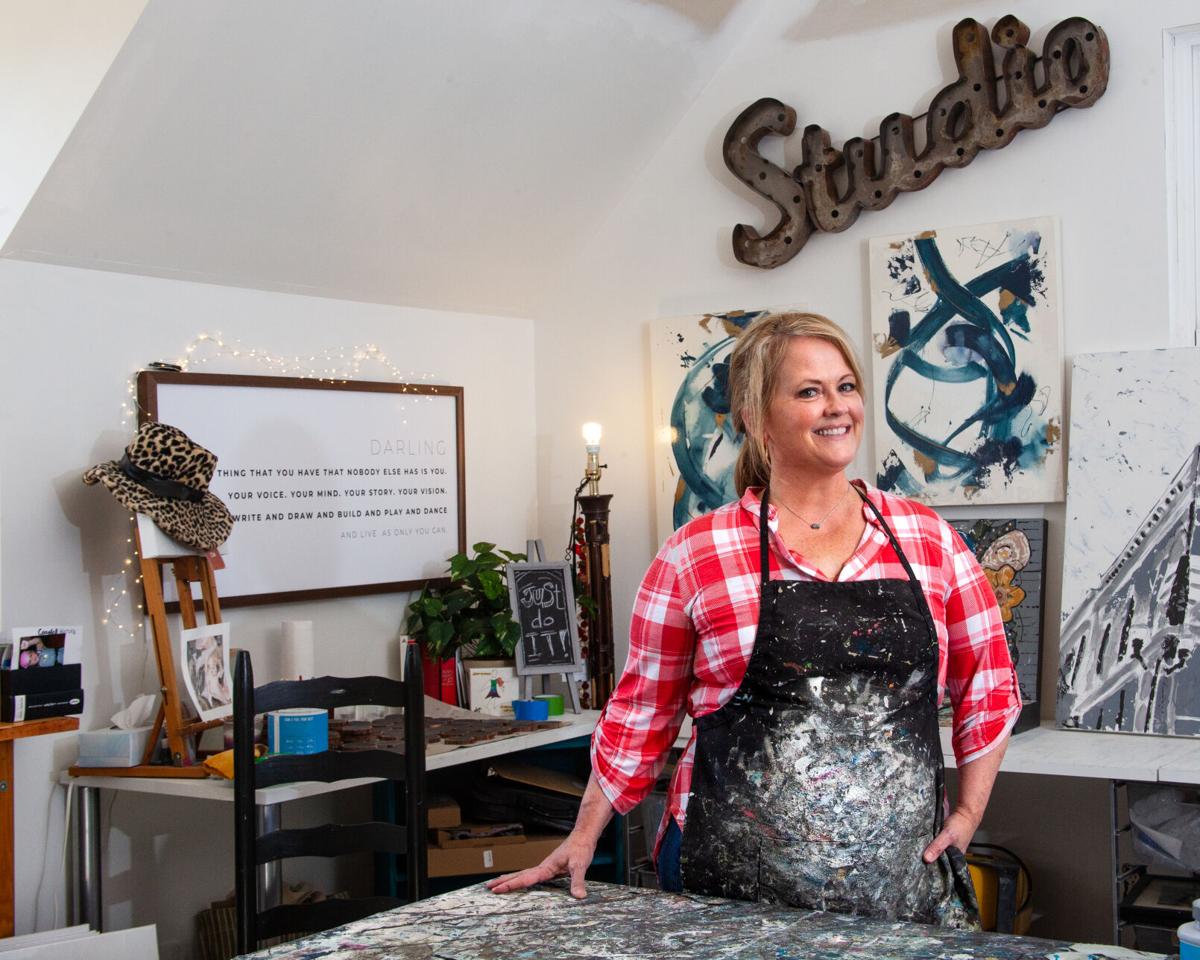 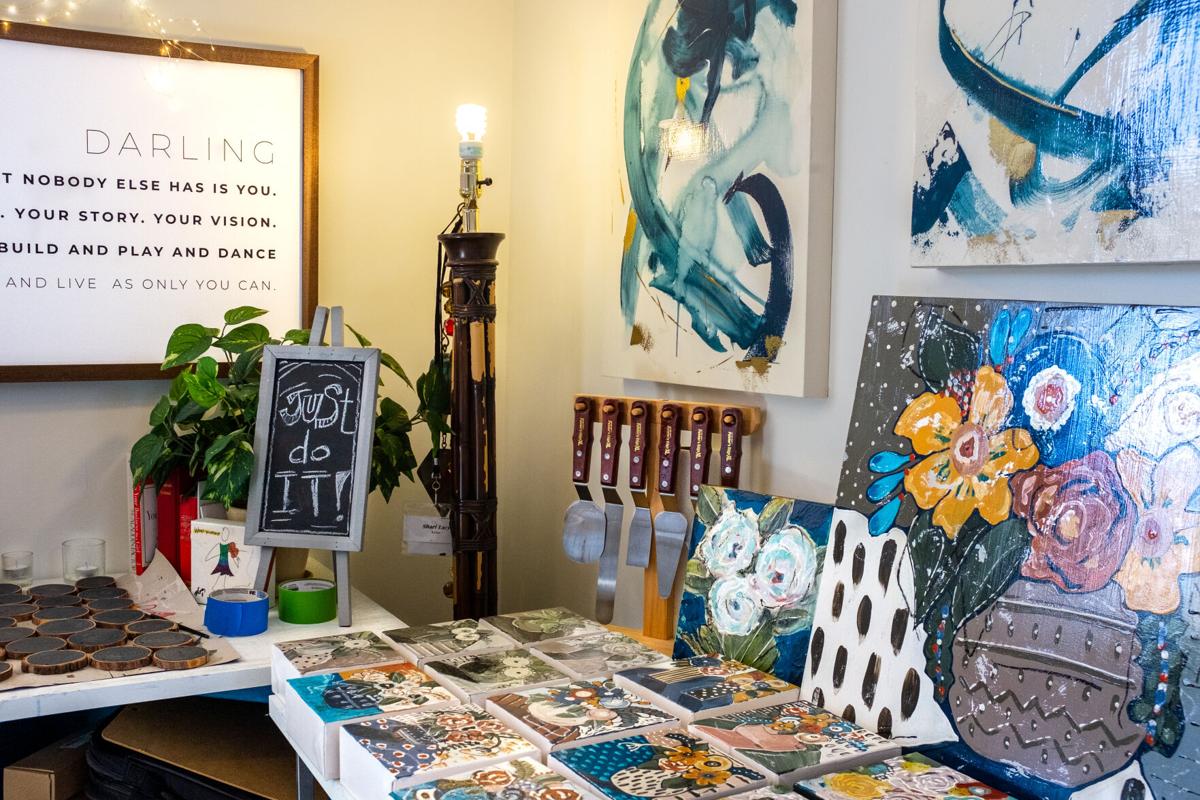 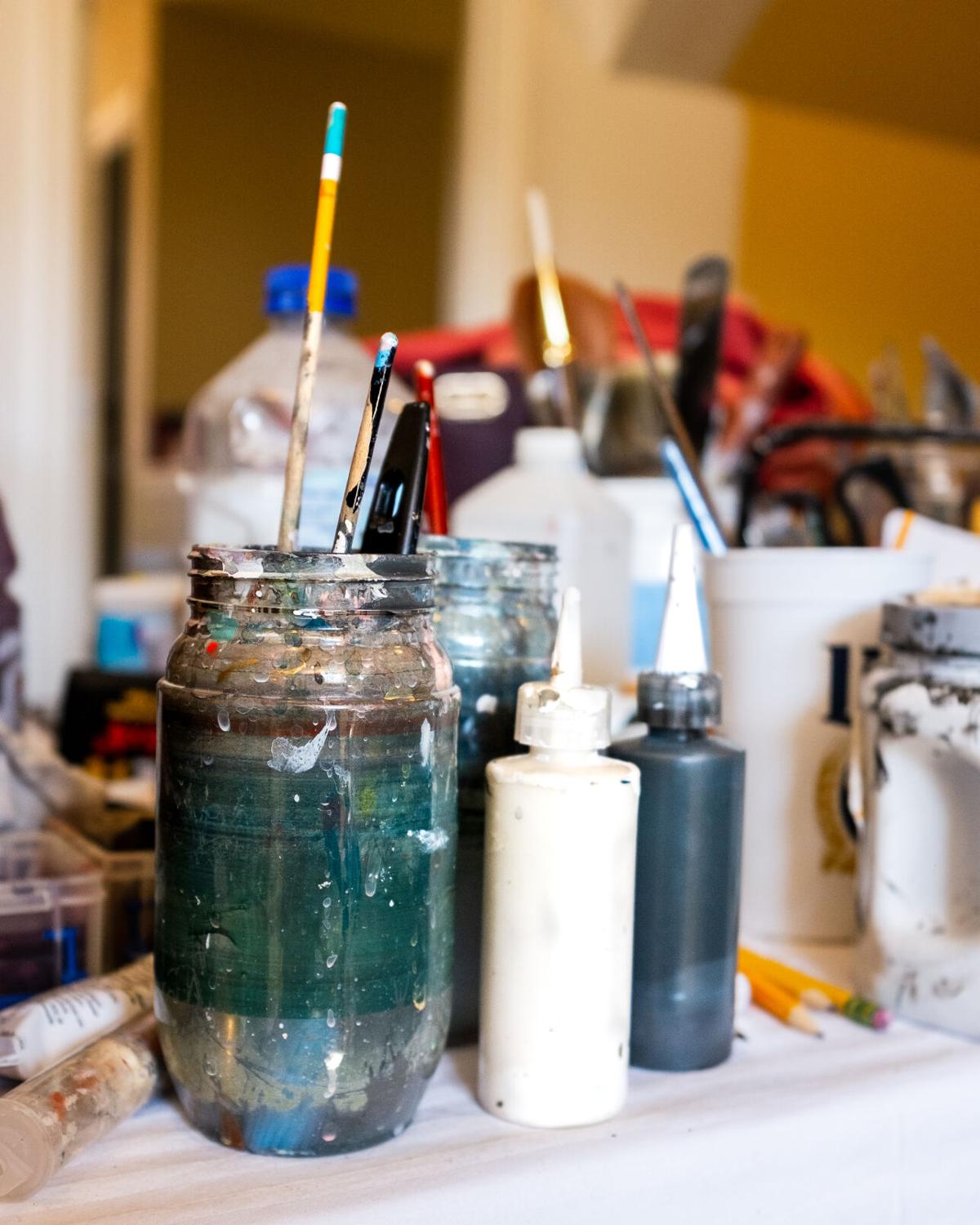 All her life, Shari Lacy knew she was going to be an artist. Her first gig as a painter was painting parasol umbrellas at Kings Island when she was 16 years old.

Dressed as a Raggedy Ann doll, Lacy would sit and paint various scenes on umbrellas for little kids. Then she graduated to becoming an airbrush artist for a contractor at the park. While it may not sound glamorous, Lacy says it taught her a lot about the levels of discipline it would take to become an artist.

“It was a job where you were always on your feet — all day long, on cement, outside in the heat of an amusement park and dealing with people who were cranky,” Lacy says. “Sure, everybody was there for you for joy, but by the time lunch had rolled around, people were typically cranky or tired or whatever. It taught me a lot of discipline in that regard.”

But as dreams sometimes go, Lacy took a few detours, ones she found meaningful and challenging and fun. She worked as a publicist for Compass Records in Nashville, a label that works with roots, bluegrass, Celtic, Americana and alternative musicians. She got married, had children and settled down in West Frank

lin and was just waiting for the right moment to transition fully into her goal of making a living as a painter. All along, she was working at the label and painting on the side.

“For a couple of years there, I was burning the candle at both ends to a severe level,” Lacy says. “And then it got to a point where I could just start slowly stepping away from the music industry. I was really honored to do it for a long time, but I was ready for a change and ready to focus on the things I knew I wanted to do.”

In just a few short years, Lacy worked her way into partnerships with Kirkland’s and Hobby Lobby. Both companies take Lacy’s paintings and mass produce them to sell in their retail stores. Most recently, Lacy has released a painting of the Ryman Auditorium and a guitar-themed work release with Kirkland’s and she has a floral print coming out with Hobby LACY Artisan Gifts and Originals with local artist Ginny Elder, in Murfreesboro

at Quinn’s Mercantile and at Kirkland’s and Hobby Lobby.

Lobby in the next few months. The first time she had a release with Kirkland’s, she said she couldn’t wait to get to a store to see it.

“It was of a church, but they bought it and blew it up into like 40 by 40 and ordered it for every store in the country and for me, that was enormous,” Lacy says. “That was such a big deal to me.”

Her best friends and family drove to Cool Springs in anticipation, searched the store and then were told it hadn’t come in yet. She says, while that one moment was anticlimactic, she never wants to lose the excitement she had on that day.

“Even when I was a publicist for other artists, people get jaded when you’ve done stuff long enough, no matter what it is,” Lacy says. “And I remember making a promise to myself that I never wanted to do that because as a kid I always dreamt of being able to do stuff in a creative realm. And I don’t want to take that for granted. And it’s still exciting.”

In her attic studio in West Franklin, light pours in onto the many different styles and subjects Lacy paints. In one corner, small square paintings of inspirational quotes are stacked and sorted to be taken down to The Painted Tree, where she shares a spot called ELDER & LACY Artisan Gifts and Originals with local artist Ginny Elder. A large grayscale painting she’s sold to Kirkland’s of the Ryman Auditorium is balanced against a window. Some abstract pieces with navy swirls and gold accents are hung on the wall.

After a long time with many jobs that required her to be around people, Lacy relishes her time in the studio.

“I refuel by myself,” Lacy says. “I’m very comfortable and I love people, I’m not antisocial on any level, but coming up here, turning music on to whatever I’m into at the moment, I find that very refueling for me. So whether it’s rainy out or sunny out, I enjoy it. There are days when I’m hustling because of a deadline, but it’s never really stressful. Mostly I’m just up here, peaceful, and wondering what’s coming next for me.”

You can find Lacy’s work at The Painted Tree, where she shares a spot called ELDER & LACY Artisan Gifts and Originals with local artist Ginny Elder, in Murfreesboro at Quinn’s Mercantile and at Kirkland’s and Hobby Lobby.