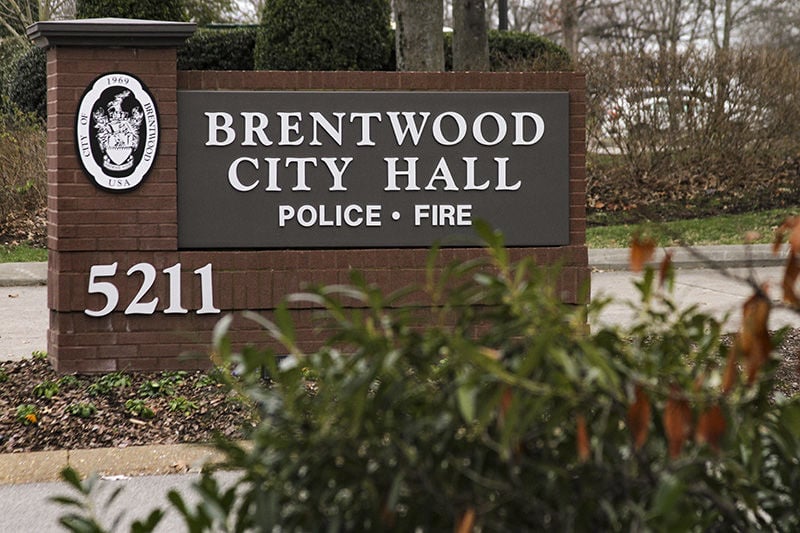 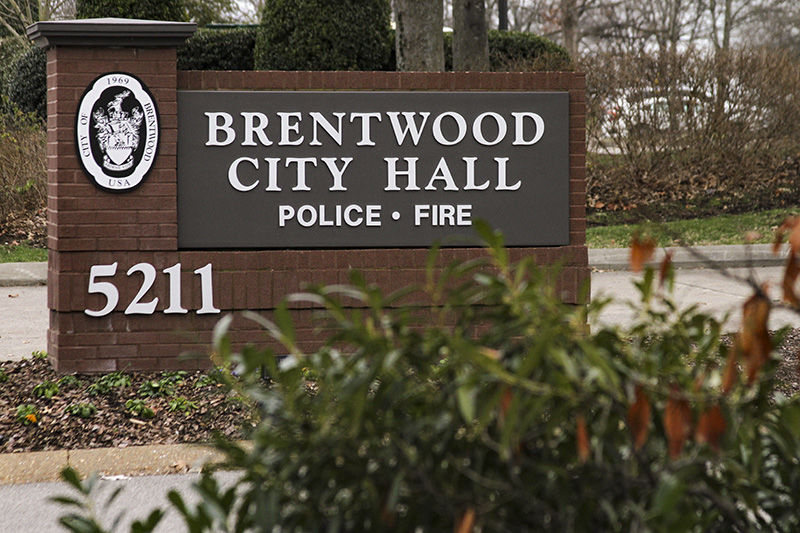 The Brentwood Board of Commissioners voted Monday night to approve the paving of phase one of the Maryland Farms Greenway Trail Project. A resolution authorizing an agreement with Sessions Paving for the trail construction passed by a 4-3 vote after nearly 40 minutes of discussion.

At Monday night’s meeting, City Manager Kirk Bednar said the project — which had been in discussion for “several years” — had been through a “lengthy” process.

“Because there was a process this had to go through including a zoning change, as has been discussed, the city has held at least three, if not four community meetings to discuss this, [and] we’ve brought that feedback back to you.”

After completing design work earlier this year, Bednar said the project was bid in its entirety, which would have connected Powell Park to Maryland Way Park. When finished, the project would connect the neighborhoods and businesses on the west end of the city to those on the east end.

When bids came in, Bednar said the project was significantly over budget for construction and easement costs. The total allocated budget for the project is $1 million, according to the July 8 agenda.

Phase one, Bednar said, would begin at Powell Park and end at the rear of the Maryland Farms YMCA.

Bednar noted that the only property the trail would cross that is not owned by the city is the berm of the Maryland Farms Property Owners Association’s retention pond. The association has agreed to the project and granted the city an easement. The city has also secured an easement for construction equipment across the Maryland Farms YMCA property.

Though the distance varies in places, the trail would sit about 175-200 feet from nearby homes, Bednar said. Where the trail comes closest to neighboring homes, Bednar said, is the stretch that will go beside the retention pond at approximately 75-100 feet.

Commissioner Anne Dunn spoke in favor of the project Monday.

“This is a real opportunity,” Dunn said. “We always say we want people to go biking and walking to a place where there’s a destination as well as just out for recreation. Some places people can ride down to a restaurant … or a grocery store. This is the only place in Brentwood I know where a trail could actually take you there from the other side of town without having to get in your car to go.

“I just think we have to be forward looking. If we don’t, all the land is going to be gone and we’re going to be sitting here wondering what happened…it’s not going to get less expensive,” Dunn said.

“I would love, in the very near future, for some businesses come along and say, ‘We’ll help you finish that,’ because it’s a benefit to the city,” Smithson said.

As the 4-3 vote showed, not all commissioners were in favor of moving forward with the project. Mark Gorman said he would continue to vote against the trail project due to a 1997 special restriction placed on part of the trail property.

“If there wasn’t a special restriction put on this that said, ‘No improvement in the buffer,’ I would vote in favor of this,” Gorman said Monday. “…One of the things that really sets us apart in Brentwood, though, is our zoning. Our zoning is only as good as the commission sitting up here. If we make a promise to you, you should be able to count on it.”

Gorman said there are residents living along the proposed trail who “relied on that promise,” and don’t want to see a trail installed near them.

“It’s not that I’m against bikes or running or connectivity, it’s quite the opposite,” Gorman said. “We need to have as much connectivity as we can, [but] I cannot vote in favor of this funding.”

Commissioner Susannah MacMillan also opposed the resolution. She opened her comments on the project by saying she had put in “hours of work” in researching the traffic patterns of Meadow Lake and talking to residents about the proposed project.

MacMillan read through several responses collected from a past Bike and Pedestrian Advisory Committee survey. Based on the survey responses, she noted that she believed construction of the Maryland Farms Greenway Trail Project was not the desire of many residents.

“I feel it would not be wise to allocate $1.3 million — which is almost half of the entire six-year budget for all bike and pedestrian paths — to a project that does not meet the wishes of a majority of residents in Brentwood,” MacMillan said Monday.

MacMillan told her peers she would be voting against the resolution because she felt like the commission had not done its “due diligence to examine other options for financing [the] project.”

“I just think we have to be very careful on where we spend our money and get the most pavement for the dollar,” MacMillan said.

Commissioner Nelson Andrews spoke on the project, noting that he had spoken with the Brentwood Police Department about safety concerns which had been brought to him by residents.

“Generally speaking, [the department feels] like this trail system improves the ability to police that area of the green way,” Andrews said. “I feel like this is a very, very good project that’s at hand, and I support it wholeheartedly.”

Vice Mayor Ken Travis, like Gorman, said he was concerned about the “broken promise,” with regard to the aforementioned special restriction. And though it still concerned him Monday, Travis said he was looking past the restriction issue to other parts of the project.

“I’m afraid we’re getting a partial trail,” Travis said. “And I know that sounds crazy, but I don’t want to build a trail that goes to nowhere. And this one stops…I would actually feel better up here if we were doing the whole thing.”

Travis eventually voted against the resolution, along with MacMillan and Gorman. Andrews, Dunn and Smithson voted in its favor, along with Mayor Rhea Little.

Little capped the discussion by vowing his support to the project.

Before taking a vote, Little mentioned that the vote Monday night was not for the trail but for the funding of an agreement to pave the project.

Upon the resolution’s passing, a round of applause from the gathered public broke out inside the City Hall chamber.

The statement is as follows:

“In 2015, the Bicycle Pedestrian Ad Hoc Committee first reviewed the suggestion of this trail with the Brentwood City Commission. It’s very gratifying to see this trail be approved for construction, even if only in a first phase. There is strong support from area businesses in Maryland Farms whose employees will benefit from a safe walking and biking option for exercise, going to lunch or running errands. I’ve already heard from other citizens who have said, ‘I’ll be able to walk to work now!’

“The benefits of this trail are numerous including reducing pedestrian, scooter and bicycle traffic on Williamsburg Road, a curved and hilly road in one of Brentwood’s oldest neighborhoods. This trail will connect neighborhoods to Maryland Way businesses, restaurants and the YMCA — eventually even connecting two parks to the Hill Center. What could be a better use of infrastructure budget for biking, running and walking?

“Although Brentwood isn’t there yet in terms of connectivity, we’re making strides.”