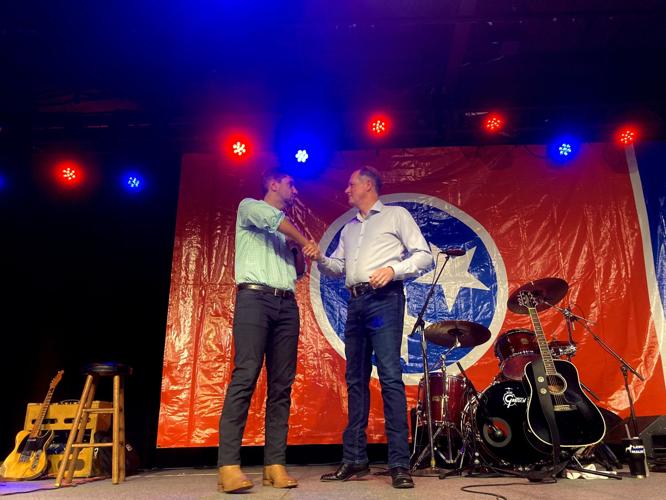 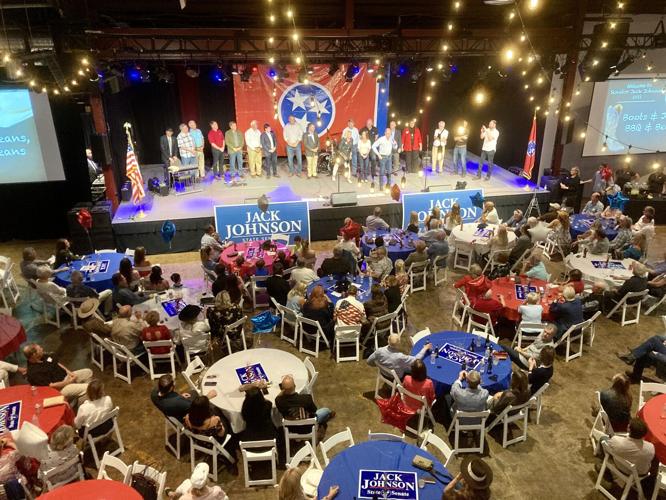 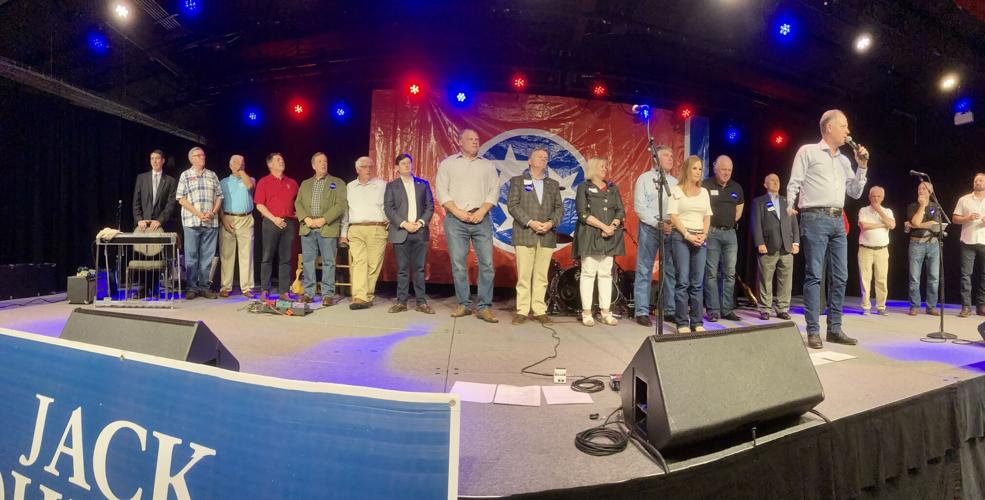 "What I saw at that Williamson County School board [meeting] was so many people who were finally fed up," Travis said. "They were tired, they were angry, and they wanted to go to the grassroots level and let their voices be heard and say 'no more' — when I think about that, I also think about what we're seeing going on in Afghanistan."

"17-year-old kid, Afghan, soccer player — he died trying to get on a plane to come here. Every single day, there are people dying to live in a place that so many people in America take for granted. Those [Afghans] were hanging on to the side of a military airplane as it took off into the sky in the desperate hope that they might be able to come here. Why? Because they know that this is the greatest country that has ever existed in the history of the world."

"And like so many people at that school board [meeting], he and they know that our country is the shining city on the hill."

Travis spoke at Johnson's 15th Boots & Jeans, BBQ & Beans fundraiser, which was held at the Factory at Franklin in Cool Springs. He also spoke at the Aug. 10 school board meeting, which caught the attention of President Joe Biden.

"How fantastic is it to live in a place where you don't have to worry coming into this building about wearing a damn mask?" Travis said as Johnson welcomed him to the stage. His comments drew applause from the 300 or so attendees at the fundraiser.

"There's no data, there's no science, there's nothing to support the idea that kids should be wearing masks in schools," Travis said.

The American Academy of Pediatrics says that masks are "perfectly safe and effective" for children over the age of 2.

"Masks are an important tool in preventing COVID's spread, especially as dangerous variants circulate among unvaccinated children," their website "healthychildren.org" reads. "They are safe and effective for anyone over 2 years old. Don't hesitate to talk with your child's pediatrician if you have any questions about your child wearing face masks."

Their "mask mythbusting" page cites circulated parents' concerns about children's breathing, lung development and the trapping of carbon dioxide inside masks, saying none of them hold water.

For breathing, the AAP says that oxygen gets through masks just fine and doesn't pose any sort of issues for lung capacity, nor will it affect learning in any way.

Lung development in children isn't at all affected while masking, says AAP, and carbon dioxide poisoning is of no concern when wearing a mask, as the gas exits freely through cloth masks since the droplets are so small. They cite surgeons using masks with ease during the day of work as proof they pose no threat whatsoever to a child wearing a mask.

Only children under the age of 2 are advised by AAP to avoid mask use because they are not able yet to remove them on their own, making those 3 and up perfectly able and safe to wear a mask in school.

"My kids went to Williamson County Schools — two of them go there right now — and I went to go talk on behalf of them. I had never felt better than seeing all the people who showed up for that school board meeting, the vast majority of whom were arguing against kids needing to wear masks because they looked at the data, and they knew that there was nothing to support it."

The Aug. 10 Williamson County School Board meeting ultimately saw the board vote in favor of mandating masks for students K-5, a decision that drew an angry response from a crowd of well over 500 people. A Nashville pediatrician who spoke in support of the mask mandate received threats from angry parents who shouted things like "we will find you" and "you will never be allowed in public again" as they attempted to leave.

During the Sunday fundraiser, Travis noted the negative attention the school board meeting had received by Biden, but argued that the few who shouted apparent threats were not representative of the majority of parents objecting the mask mandate.

"Joe Biden's been talking about that Williamson County event now for a couple of weeks, and what's got me so fired up there is those couple of people were not representative necessarily of the over 1,000 people there talking about data, science [and] facts," Travis said.

"So ultimately what I believe is that Williamson County can help lead the revolution against the insanity that is sweeping through our country right now."