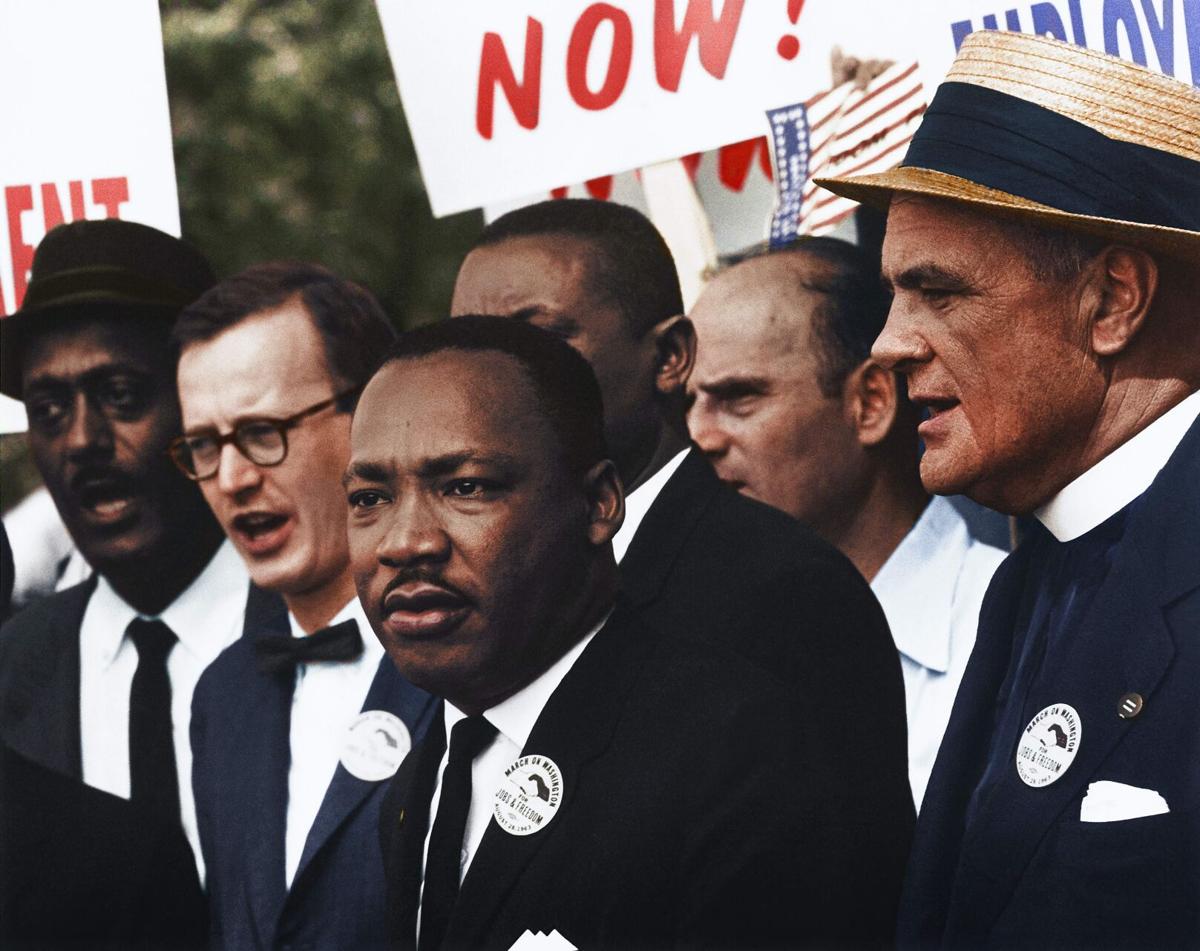 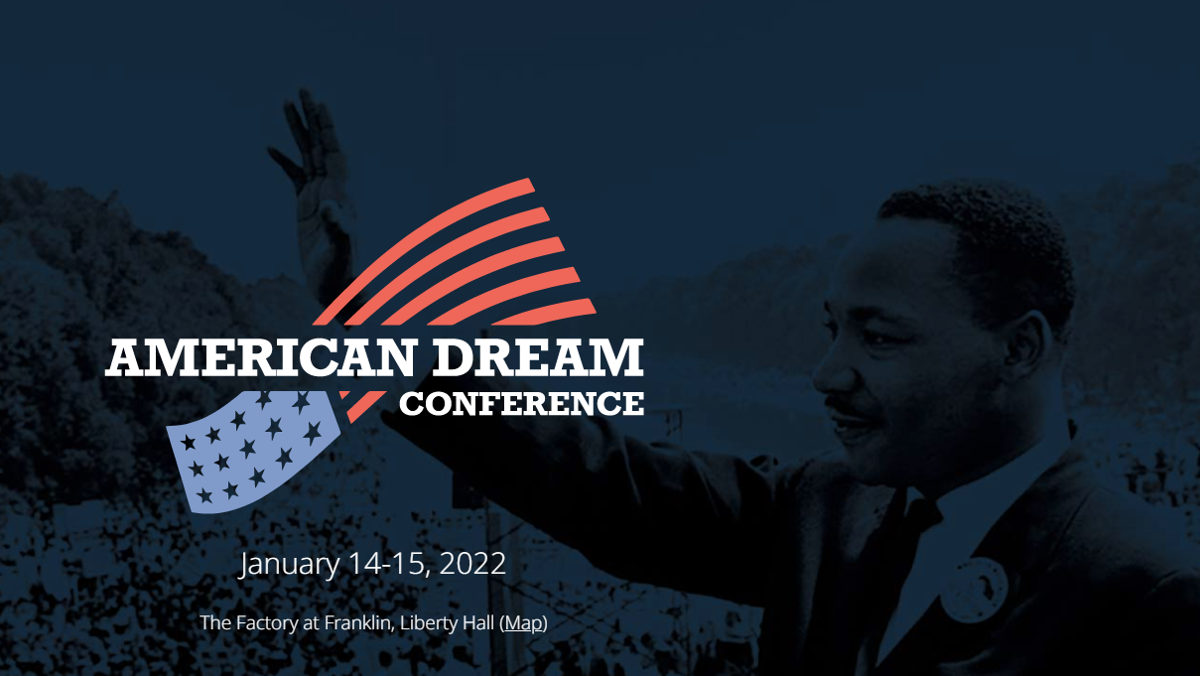 The promotional artwork in question for the upcoming American Dream Conference event. 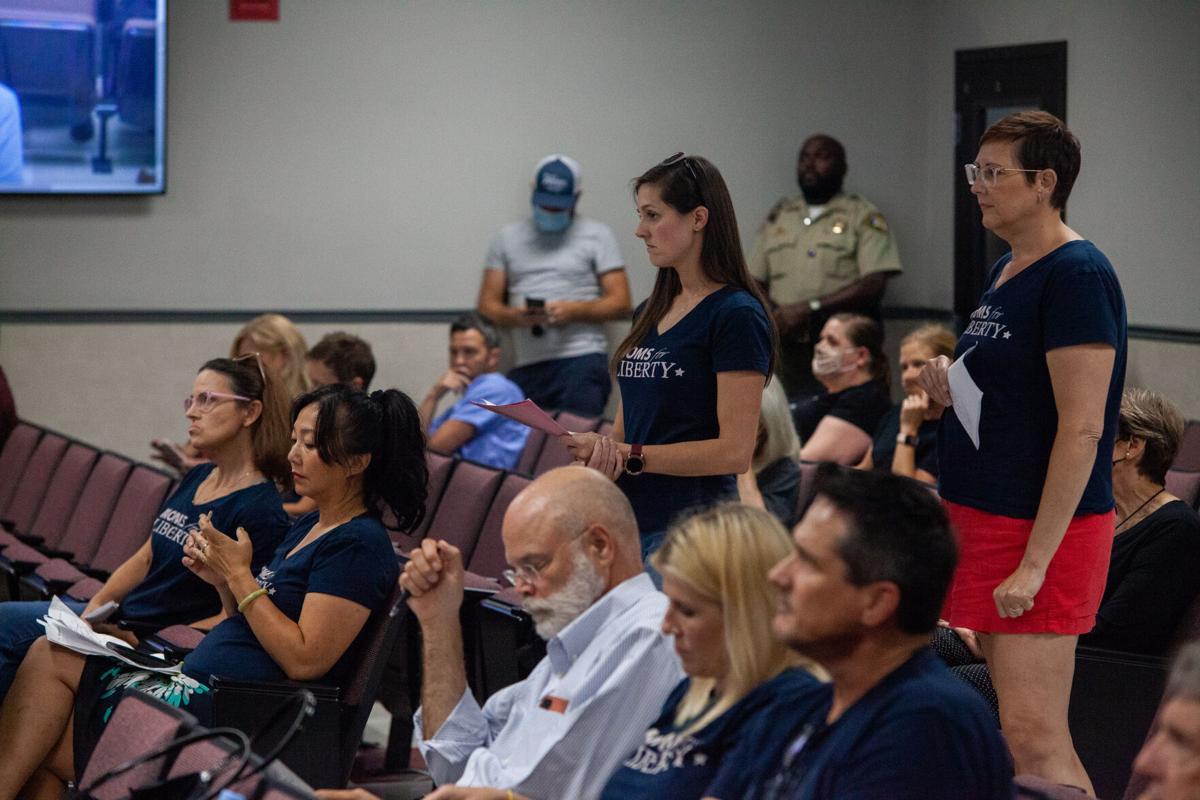 Members of the Williamson County chapter of Moms for Liberty - a national conservative nonprofit that aims to "defend parental rights" - stand in line during the public comments section of the August 16, 2021, Williamson County Schools board meeting.

Bernice King, the youngest child of Martin Luther King Jr., spoke out Wednesday against the Williamson County chapter of Moms for Liberty for the organization's use of her father's image in promoting an upcoming event.

She called the use of her father's image for the event "particularly concerning," given that the organization sought to ban an MLK book from Williamson County Schools as recently as last summer.

"Even beyond [Martin Luther King Jr. Day], some individuals, organizations and groups misuse my father and take his words out of context to promote ideas that oppose his teachings," Bernice King wrote on Twitter late Wednesday evening.

"This instance is particularly concerning because [the Williamson County chapter of Moms for Liberty] sought to erase him, now they’re using him to make money."

The event in question is called the American Dream Conference, which is scheduled to kick off next week in Franklin with former 2016 presidential candidate Ben Carson featured as a keynote speaker. Tickets to the two-day event are $100, or less if purchased by the day.

The aforementioned MLK book, titled Martin Luther King Jr and the March on Washington, was just one of four books cited in a complaint filed by the Williamson County chapter of Moms for Liberty. In the complaint, the organization argued that the books include "implicit Anti-American, Anti-White and Anti-Mexican teaching."

In specific mention of the MLK book in question, Moms for Liberty took offense to "photographs of white firemen blasting Black children to the point of 'bruising their bodies and ripping off their clothes'."

In another citation, the organization said the book featured "photographs of 'white' and 'colored' drinking fountains, asking 'Which of these fountains looks nicer to you?'"

The nonfiction book depicts the real-life events that took place during Martin Luther King Jr.'s advocacy through the Civil Rights movement and shows real issues of inequality at the time, such as separate water fountains for white Americans and people of color.

The conditions of water fountains for people of color were often inferior compared to the fountains for white citizens, hence the placement in the book.

The images of police brutality against nonviolent Black demonstrators during the Civil Rights movement have been widely documented, such as the images seen of fire hoses being used against demonstrators in the Birmingham campaign in 1963.

The organization also took issue with a book about Ruby Bridges, a book titled When Peace Met Power that details the widely documented treatment peaceful protesters endured during the Civil Rights movement from law enforcement officials and a book titled Separate Is Never Equal, which details the Mendez family, who fought to end segregation in California schools.

That complaint was filed with the Tennessee Department of Education last summer, but was rejected by the state last November on a technicality.

"Please note that in declining to investigate these claims, the department has not made a determination regarding the merits of these allegations," TN Dept. of Education Commissioner Penny Schwinn wrote at the time of the ruling. "We encourage you to work with the [Williamson County Schools] District to resolve the issues and concerns related to your complaint and ensure compliance with state law."

In a follow up social media post, Bernice King suggested asked the Williamson County chapter of Moms for Liberty to contact her for the purpose of discussing her concern.

"So he can help make money, but not be taught in full?" King wrote. "It’s time to talk [Moms for Liberty]. Let’s have an offline conversation."

Moms for Liberty did not immediately respond to a request for comment, but did tell the Home Page via email that the organization is reaching out to King.