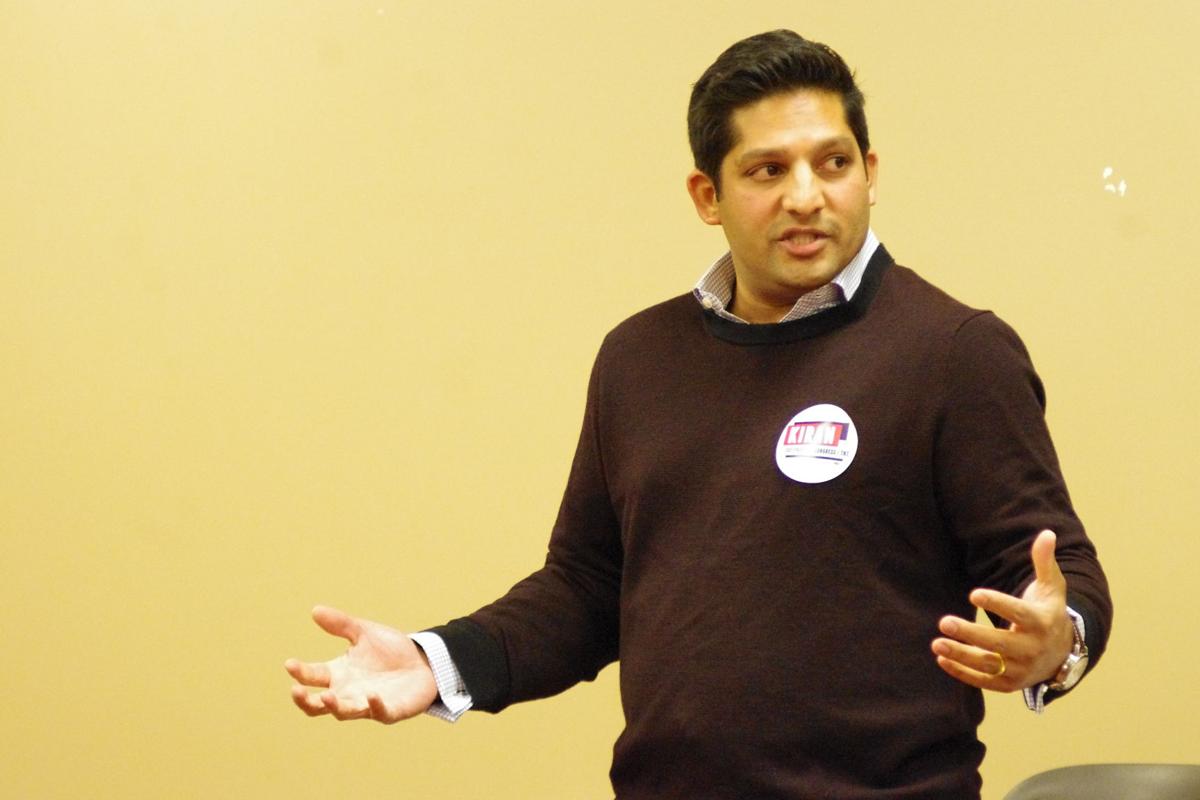 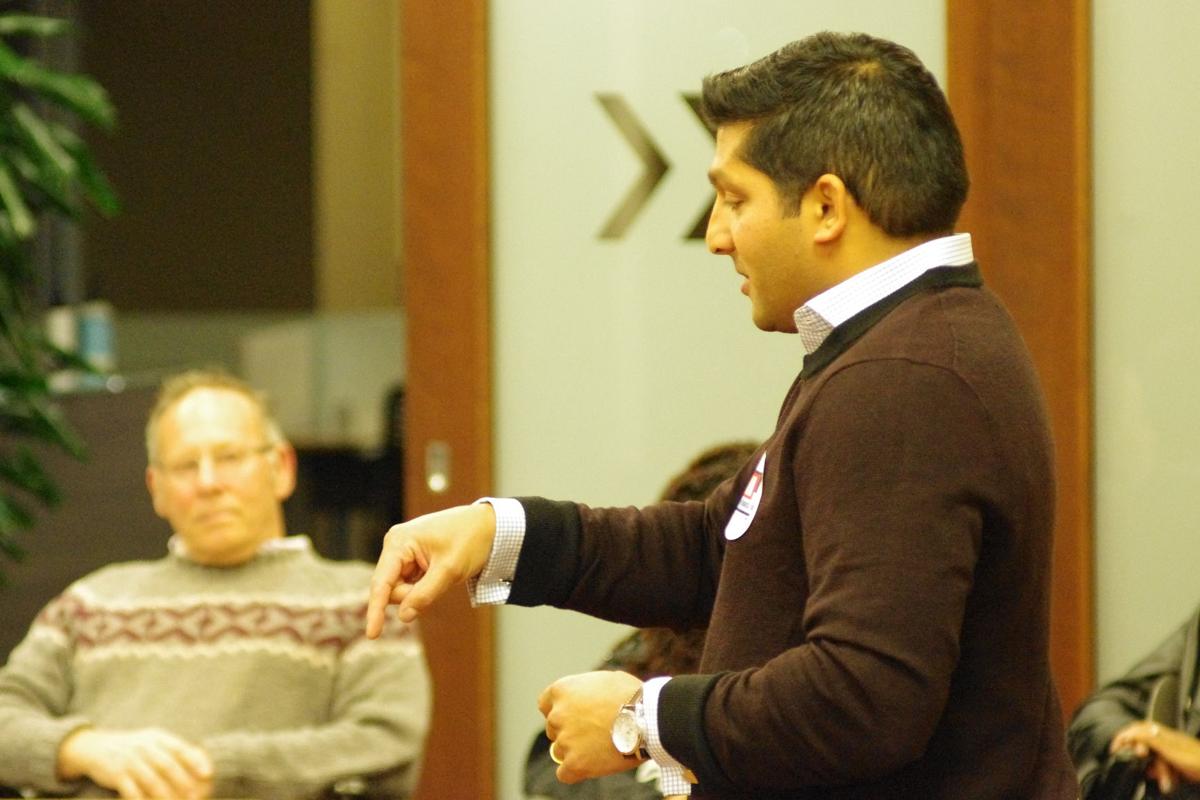 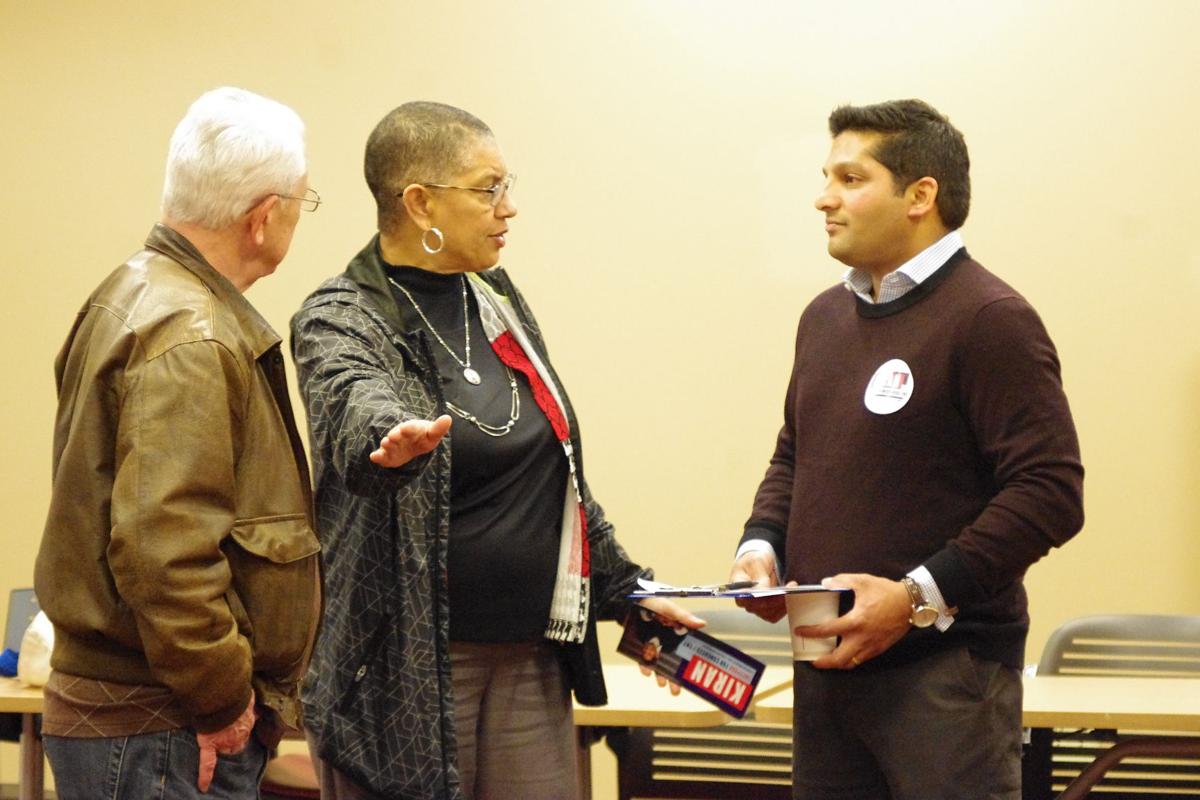 First elected to Congress in 2018, Rep. Mark Green is set to face his first challenger in the House as an incumbent with College Grove’s Kiran Sreepada: a political newcomer who was motivated after the 2018 - 2019 government shutdown to run for office.

Last week, Sreepada spoke at the monthly meeting of the Williamson County Democratic Party (WCDP) in Franklin, during which he extended an open invitation to Green for a debate. It was also during the WCDP meeting that Sreepada held a question and answer session, touching on his positions on everything from gun control to healthcare.

Sreepada lives with his wife and two children in College Grove, and worked in the federal government accountability office for six years prior to his entrance into politics. Sreepada’s family first planted its roots in the United States 50 years ago when his father immigrated from India.

“There has to be trust in our institutions, which has degraded slowly ever since I think November of 2016, and maybe even before,” Sreepada said. “I wanted to get in the race, I wanted to change the way we do things. I wanted to make sure that my kids had a great future - family was a very important reason as to why I would run.”

The first question posed to Sreepada was about immigration, particularly about what his thoughts were on granting amnesty to non-citizens. Sreepada said that while he didn’t necessarily share the position of some of the more progressive Democrats such as Rep. Alexandria Ocasio-Cortez (D-NY) or Sen. Bernie Sanders (D-VT)  in terms of abolishing Immigration and Customs Enforcement (ICE), he did believe that a path to citizenship for non-violent non-citizens was “the right way forward.”

“I think a path to citizenship is the right way forward - I don't think there's anyone who can deny the impact that immigrants - undocumented or documented - have on this country,” Sreepada said. “It is just not feasible to think that you can take 11, 12 million people and say that you're going to deport them and have no impact on our societies and economy. That's just not right; it's not what this country was founded on, it's not what my parents came here [for], and I don't think that's the way forward.”

Furthermore, Sreepada suggested increasing the number of judges near the U.S./Mexico border in order to more quickly adjudicate non-citizens crossing north. Sreepada also stressed that a high priority of his in regards to illegal immigration would be to treat those illegally crossing the border humanly.

When the topic of healthcare arose, Sreepada was quick to articulate his position: “healthcare coverage is a right,” he said.

“Using the presidential candidates as the metric, it seems like the camps are broken up essentially into public option or Medicare for All,” Sreepada said. “Using that as a framework, I think there's a middle ground, and the reason I say [that] is not to be evasive. You have to cover people - you have to be able to bring costs down, you have to be able to guarantee that people are not going to go bankrupt from this. You cannot ignore the fact that medical bankruptcies have now become a huge, huge problem for many people, so this has got to stop.”

Furthermore, Sreepada suggested possibly expanding Medicare eligibility to ages 55 and above rather than 65, and up to 30 as opposed to 26. While taking a progressive stance on the issue, Sreepada stopped short of supporting Sen. Sanders’ proposal of eradicating the private healthcare industry entirely.

“The only place I disagree on some of the rhetoric is when you say you're going to abolish private insurance... no one's explaining to me how you do that,” Sreepada said. “I'm not an attorney, but I'm wondering what is the legal standing for them to do that and say that they can no longer cover something.”

Sreepada continued on the topic of healthcare, arguing that even in Republican governed states like Ohio, Medicaid and Medicare expansions had led to “better lifespans, better health choices,” and left a ‘phenomenal impact.’

Lastly, Sreepada argued the cost for citizens would be cheaper under a healthcare system with a public option - and that even if it weren’t, would still be the “right thing to do.”

“One of the most conservative estimates of any of the plans - public option all the way to Medicare For All - still shows in the long term as being cheaper than the current system we have, especially adjusted for inflation,” Sreepada said. “But I also make the argument of this: let's say it was the same price. Let's say in the long-term, increased access to healthcare ended up being the same price as what we were paying now. As a country, isn't that what we're supposed to do? Aren't we supposed to make decisions that improve the quality of life of people? Everything is not an economic decision, but everything can have an economic factor. So I would make the argument that it is cheaper, but even if it weren't, isn't it the right thing to do?”

Touching on gun control, Sreepada said he would like to see universal background checks implemented for weapons purchases, as well as the implementation of red flag laws.

“Universal background checks [have] 78, 77 percent [approval], red flag laws have bipartisan support,” Sreepada said. “Assault weapon bans are interesting to me because in the ten years we had an assault weapons ban from 1994 - 2004, there was not a good correlation to what that ban did to gun violence - it didn't necessarily work in the way we thought it was supposed to work. I think gun registration and personalized locks are a better way to do that, to make sure and mandate that and to make sure people cannot use guns that they have not bought or been registered.”

The primary elections will be held in Tennessee on Aug. 6, where residents will select their candidates for their respective political parties. The general election will be held on Nov. 3.