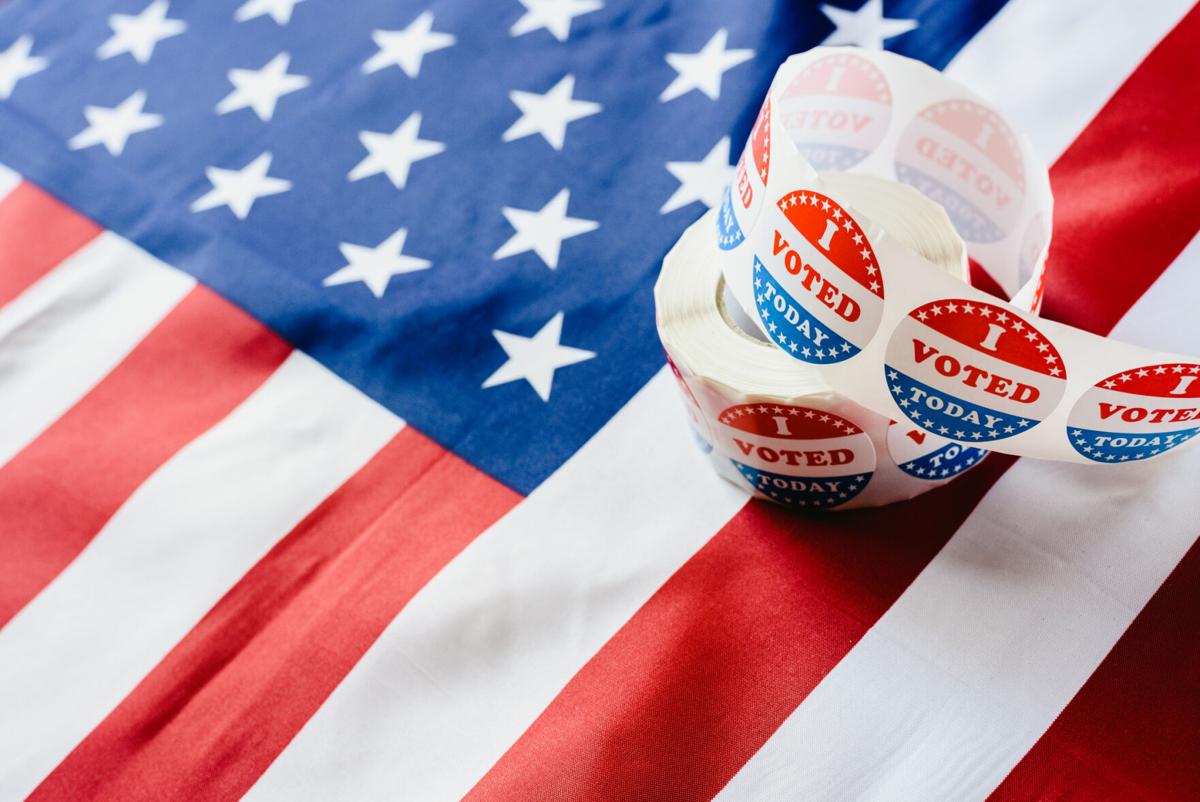 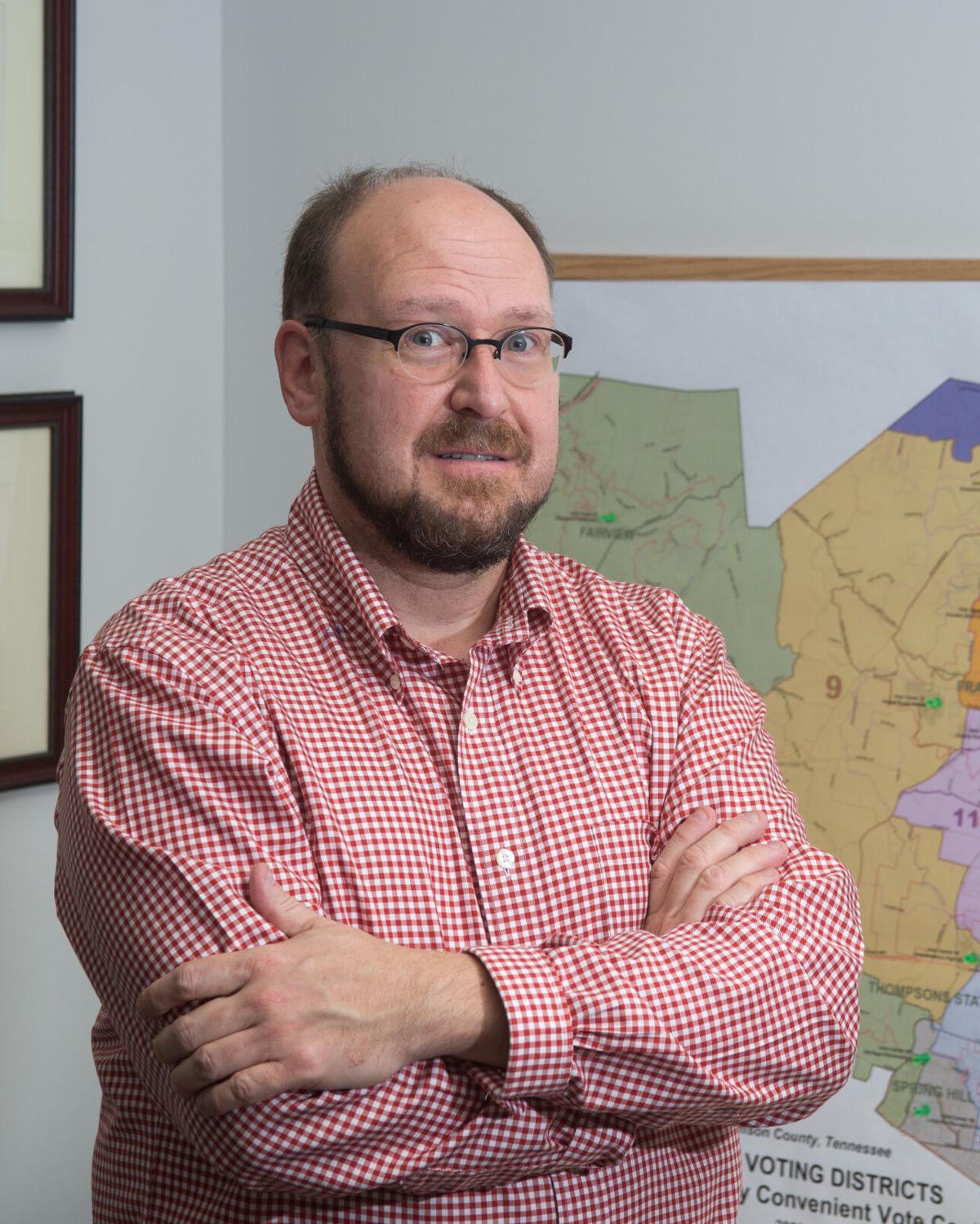 Early voting in Tennessee kicked off last week and with presidential election just two weeks away, concerns around election security are on the rise nationwide prompting local, state and federal plans to ensure Election Day security and integrity.

NPR reported that President Trump's calls for his supporters to act as poll watchers on Election Day and to "Join the Army for Trump" have raised fears among election officials across the country about potential voter intimidation and violence.

Williamson County Election Administrator Chad Gray said that while certain groups of people are able to act as poll watchers, those people are chosen before Election Day to legally observe the election process.

Those people are made up of representatives from political parties or groups interested in ensuring a fair political process such as the League of Women Voters, which means that a citizen cannot show up to a polling place as a self-described "poll watcher."

More information about who qualifies as a legal poll watcher in Tennessee can be found here.

"Pursuant to what is required by Tennessee law there are certain individuals who can be inside the polling place to observe the process of voting not only with the voters but with the poll officials," Gray said. "There are only certain entities that are allowed inside the polling place and that would be voters, poll officials, members of the Election Commission staff or the media."

Gray said that he recently met with Williamson County Emergency Management Agency Director Todd Horton and WCEMA Public Safety Director Bill Jorgensen about the best ways to communicate with the agency should there be an incident at a polling place.

"Obviously there's more attention being paid to this particular topic this year so we're going to be a little bit more diligent about making sure that we understand how to communicate our needs and everything to law enforcement," Gray said.

Gray, who has been working in the Election Commission office for 20 years and has served as Election Administrator since 2015, said that one thing that voters should know is that the people responsible for administering the election and processing votes in Williamson County are not strangers, but are in fact members of the community.

"We rely heavily on poll officials and these poll officials are by and large members of our community and that's really what makes this work," Gray said. "It's a bipartisan thing. We try to have representation from both of the major political parties and we try to do a really good job at all of our polling places."

Allegations of voter intimidation this election cycle have already been reported in Fairfax, Va., after a group of supporters of the president demonstrated outside of a polling place on the second day of that state's early voting.

According to reporting by The New York Times, some election officials "acknowledged that some voters and polling staff members felt intimidated by what some saw as protesters."

Earlier this month, The Washington Post reported that Atlas Aegis, a private security company based in Franklin, is recruiting former U.S. Special Operations personnel to guard Minnesota polling sites to "prevent left-wing activists from disrupting the election but that the state attorney general warned would amount to voter intimidation and violate the law."

Gray said that while physical security is always a concern that law enforcement will not be posted outside of polling places.

Tennessee Code Annotated 2-7-103 states that law enforcement officials cannot come within 10 feet of the entrance of a polling place except at the request of the officer of elections or the count election commission or to make an arrest or to actually cast a ballot themselves.

This means that law enforcement will not be stationed near polling places, but if needed, will respond to any security or public safety issues as they would to any other call.

ABC News reported that the claim by the President raised further concerns about voter intimidation reporting that the Dale Ho, Director of the American Civil Liberties Union's Voting Rights Project, said that the president can't give orders to local law enforcement and can't send federal forces into polling places.

Both The Guardian and New York Public Radio recently reported on a 1981 incident that saw a group of armed, off-duty police officers known as the National Ballot Security Task Force engage in voter intimidation tactics on behalf of the Republican National Committee in that year's gubernatorial election in New Jersey.

That cases resulted in a $10 million federal lawsuit that was eventually settled.

Williamson County Sheriff Dusty Rhoades said in a phone call that he can't recall any issues with security in past elections within his jurisdiction, but added that WCSO is always prepared to respond to any threats to voters, polling places or election officials if needed.

"Hopefully it won't happen," Rhoades said. "We plan for it, but all we can do is respond to it if it happens."

Similarly the Franklin Police Department is also preparing for Election Day security, although FPD Public Information Officer Lt. Charles Warner would not get into the details of the department's security plans.

Franklin has more polling places than any other municipality in the county and Warner did say in a phone call that FPD is always in contact with federal and state law enforcement agencies to stay aware of any potential threats.

"Our team everyday stays at the ready to respond to unexpected emergencies no matter what day it is and really Election Day is not a whole lot different from that," Warner said. "It's an important day for all of us, and our job as police officers in a city like Franklin is to safeguard the rights and safety of everyone involved in excising their rights, whether it's going to the grocery store or the polling place, we're committed to protecting our citizens."

While Gray said that his office does not necessarily expect any physical disturbances, they are always preparing to address any concerns or needs of the voter, which in the 21st century includes cybersecurity measures.

CYBER SECURITY AND VOTING BY MAIL

"None of our voting machines are connected to any WiFi or internet or anything of that nature," Gray said. "All of our laptops that we use at a vote center or an early voting site are all hard-wired and we have virtual-protected-networks for all of that, but we are very diligent about cyber security."

As previously reported, the Federal Bureau of Investigation and the Cybersecurity and Infrastructure Security Agency issued warnings about election interference and security.

The FBI said in a Sept. 24 news release that while cybersecurity threats do exist nationwide that it has no evidence that any cyber activity has actually prevented a registered voter from casting a ballot, compromising the integrity of any ballots that have been cast or affected the accuracy of voter registration.

In addition to cybersecurity concerns the influx of mail-in ballots poses another challenge this election cycle, one that Gray said they have met by hiring additional staff and securing more funding for postage.

"We've had a tremendous increase of by-mail-voters for this election cycle," Gray said. "It's up over 70% over four years ago. We've mailed out almost 9,000 ballots for this election so there are a number of voters who are voting by mail this election for sure and that is very different because normally only 3% of Tennessee voters vote by mail, so that's been a bit of an adjustment for our county and all 95 counties."

And in true 2020 fashion, the challenges can't be discussed without mentioning the ongoing COVID-19 pandemic.

"You'll see lots of hand sanitizer all sorts of social distancing signage and things of that nature," Gray said. "We believe that by in large most of the ares that we're going to be doing early voting and Election Day voting are large enough to allow people to socially distance so you'll see some cleaning procedures and we're going to be very diligent to make people feel that they're safe when voting."

Gray said that the 2020 election is already historic for a variety of reasons adding that their office has registered almost 13,000 new voters since the August election and could see the highest voter participation in 2020 since the 1864 election at the height of the America Civil War.

And while no local government or law enforcement officials voiced any specific concerns or threats over election security or voter intimidation in Williamson County, both the 2016 and 2020 election cycles have shown the public, regardless of party affiliation or support, that nothing is impossible.

"This is one of those elections that we will not forget as election officials and it was going to be a high-profile election regardless of the current situation with the COVID-19 pandemic, and I think that we as election officials are going to be very diligent in trying to do the best job we can with trying to make this work," Gray said. "Our voters are very passionate about voting this time, which is a good thing."

More information about the Williamson County Election Commission can be found here.