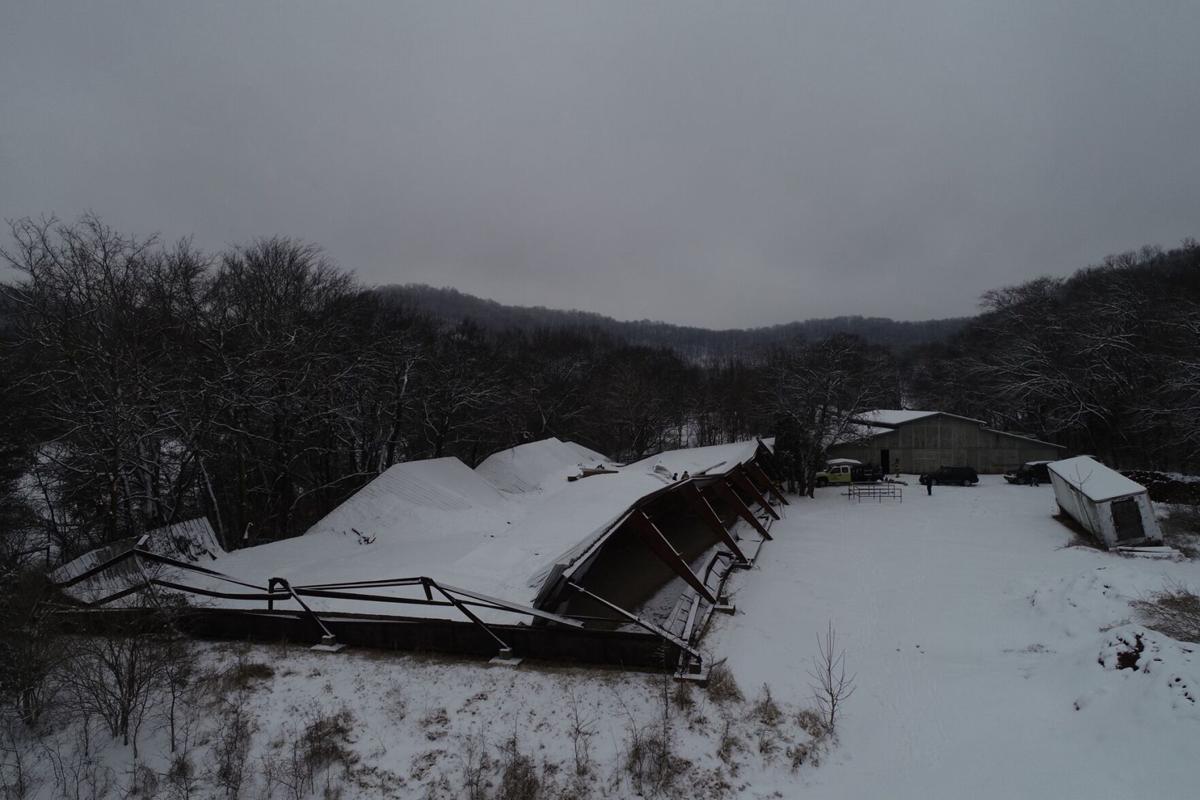 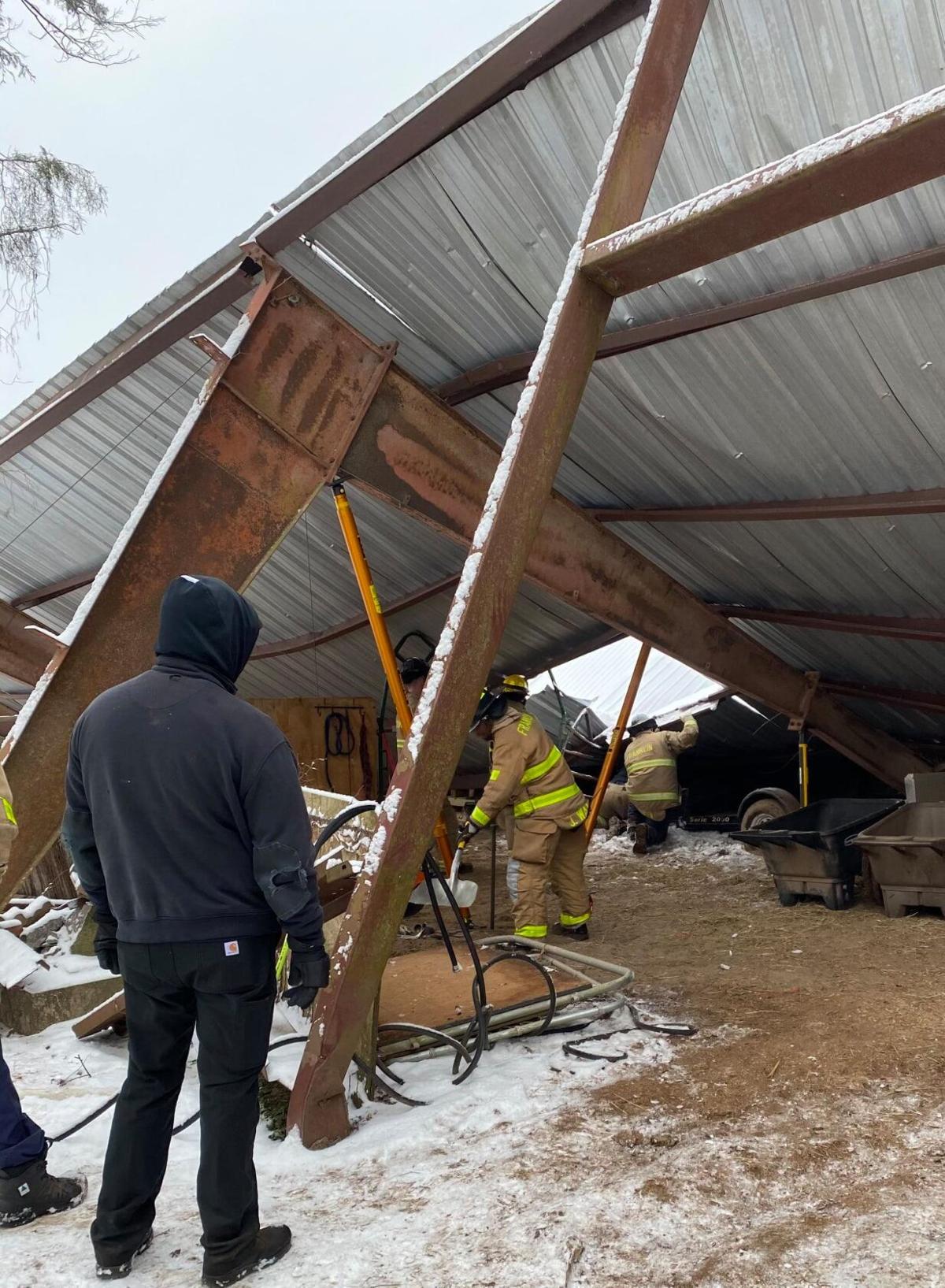 Four horses were rescued on Thursday morning after a large barn collapsed near Franklin, trapping them in the snow and ice-covered structure.
According to a Williamson County Rescue Squad news release, crews were dispatched to South Berrys Chapel Road at 6:55 a.m. after a citizen reported the roof collapse, with no information about how long the animals had been trapped in their stalls.
The Franklin Fire Department also responded and deployed structural collapse equipment to secure the building as well as using a drone to watch for other structural issues, while Williamson County Animal Control and the Tennessee Equine Hospital responded to care for the animals.
All four horses were rescued from the barn by 10:49 a.m., with only one sustaining minor injuries.
Williamson County EMS, Box 94 Support, Williamson County Emergency Management and the Williamson County Sheriff's Office also responded.
According to WCEMA Public Affairs Officer Hannah Bleam, the road was shut down throughout the operation, but is expected to open shortly.