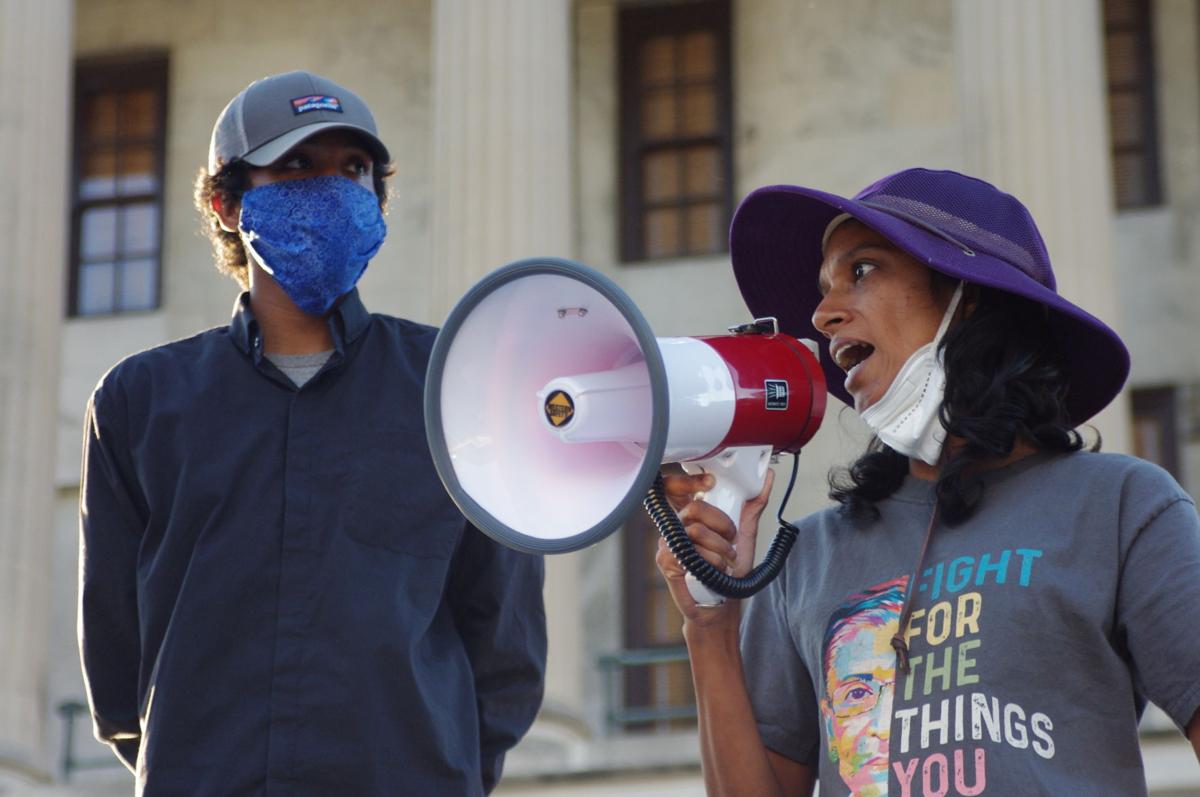 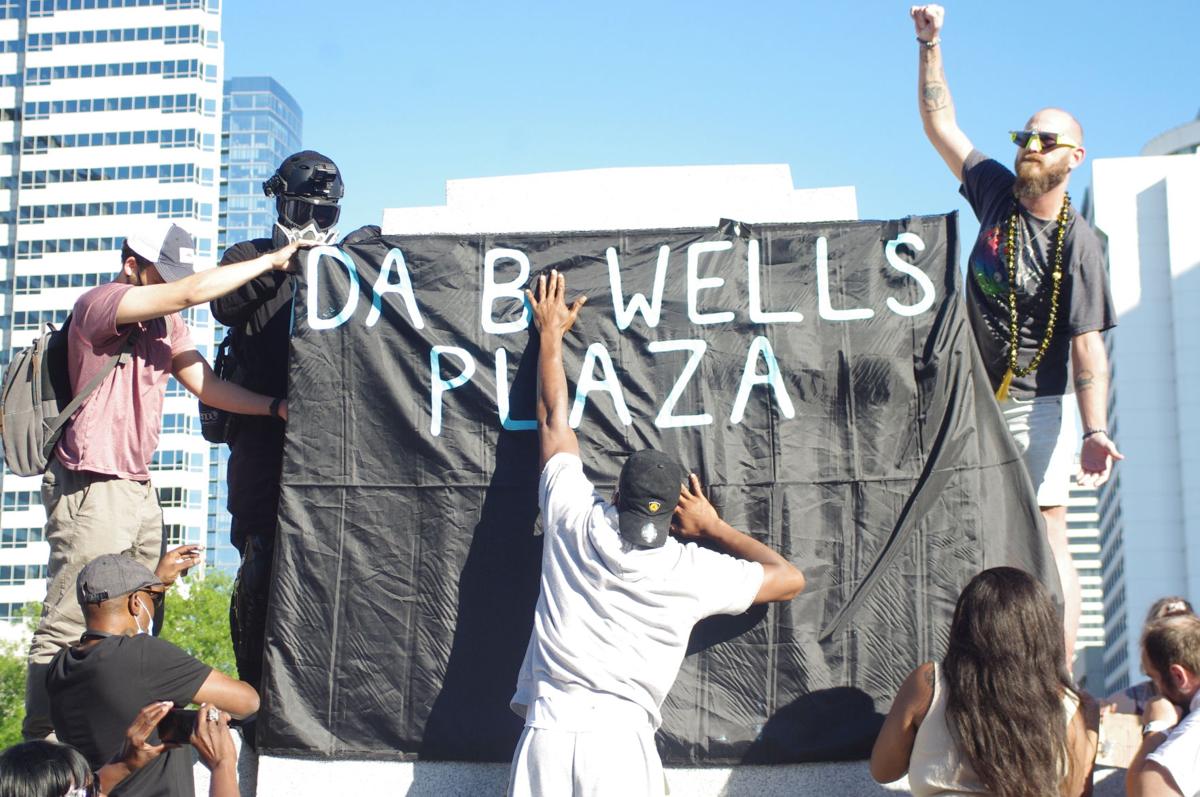 Demonstrators rename Capitol Hill as "Ida B. Wells Plaza" after the journalist, educator and civil rights leader. Wells was also one of the founders of the NAACP. 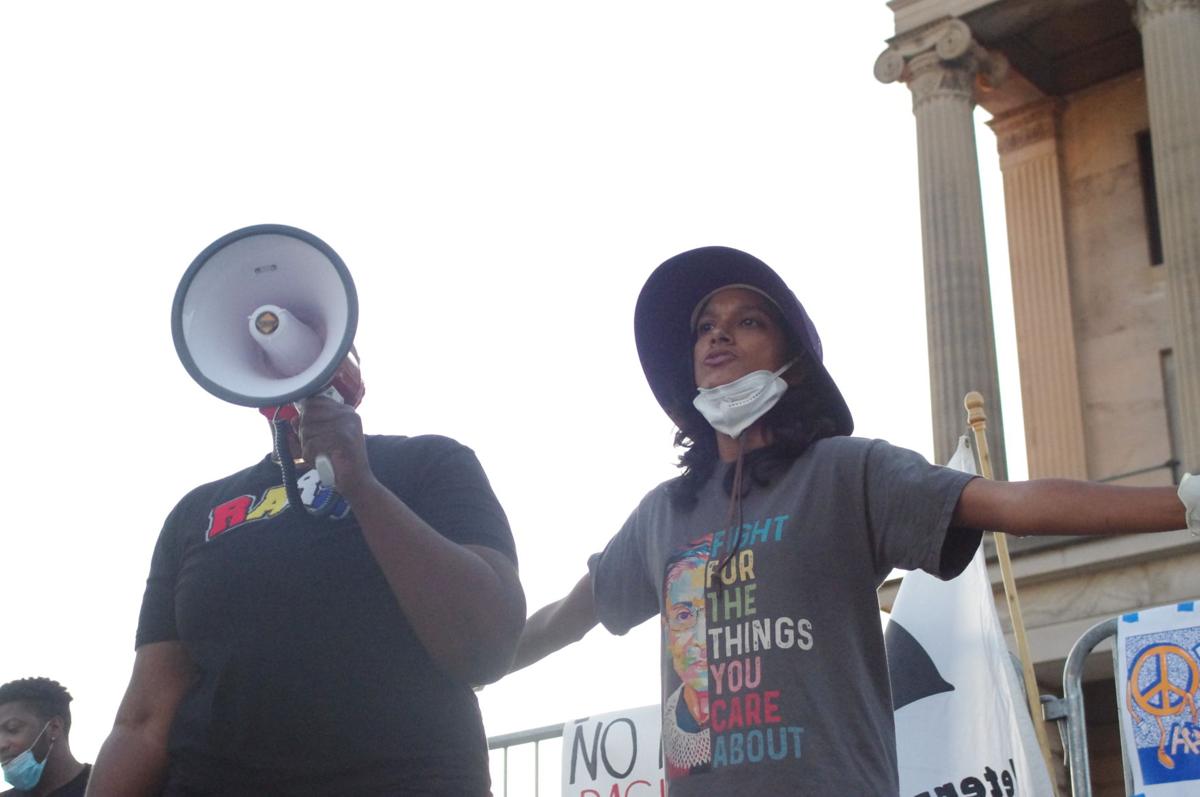 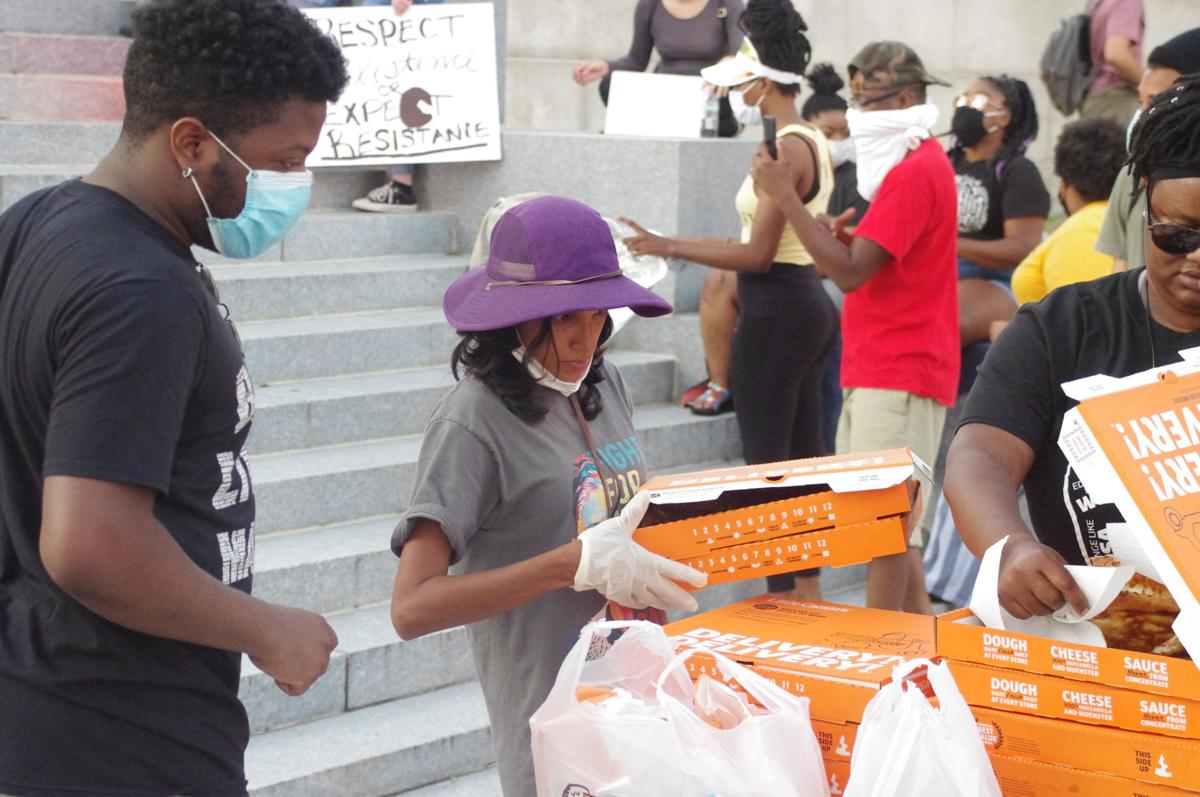 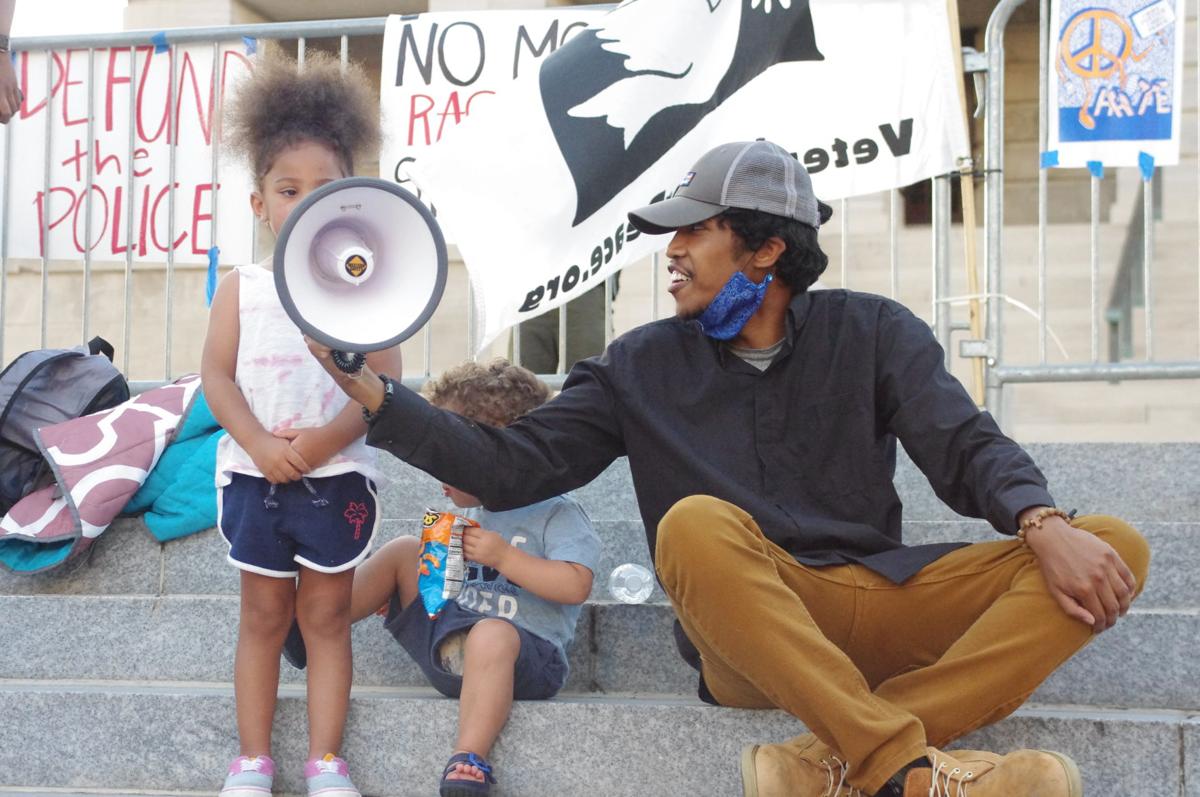 Justin Jones shares the megaphone with a younger attendee of the demonstration.

On Friday, demonstrators took to the steps of the State Capitol in Nashville to “reclaim the plaza for the people of Tennessee.”

Chanting cries to defund and demilitarize the police, a few dozen people gathered around the base of what used to stand a statue of Edward Carmack before it was toppled by protestors earlier in June.

Organized by Nashville activist Justin Jones, demonstrators kicked off the rally by redubbing the area “Ida B. Wells Plaza,” hanging a large sign where the Carmack statue once stood. Demonstrators planning to protest all night set up tents on the plaza as well.

Given the long hours ahead planned for many of the demonstrators, Jones had personally selected someone to be in charge of food.

That person was Franklin resident Angel Stansberry, whose contributions to the demonstration went far beyond handing out meals.

“I'm a mother and a woman of color, and I don't want my four children to have to deal with this in 2020,” Stansberry said.

“I'm originally from the Caribbean, and my ancestors were brought to replace slaves after slavery was abolished in 1834. My great-grandmother was whipped — I carry that scar in my heart.”

Stansberry said that story had served as a lifelong reminder of injustice, and that it had kicked-off her lifelong fight against such.

“When my grandmother told me that story, I was 7 years old,” Stansberry said. “It deeply affected me, and from 7 years old I've been standing up for the disenfranchised in our society; for the unseen, for the unheard, for the eyesores, for the poor and for the natives.”

As dozens of state troopers silently watched the rally from behind a metal barricade, demonstrators began singing songs such as “Stand By Me,” as well as shouting chants calling to defund the police. A megaphone was passed around for participants to speak or sing.

Among those who took that opportunity to speak was Stansberry.

“I feel like it's so important to be here right at the capitol where they can see us, and they can't say they didn't hear us,” Stansberry said. “In 1963, we fought for this — we have kept fighting for this, and now in 2020 we're still fighting for this, so we want to make sure with this generation, that they do not just hear us, but they listen to us.”

Ahead of the rally Friday, Gov. Bill Lee commented on the planned protest, saying that while he respected the right of Tennesseans to “exercise their First Amendment rights,” that “lawlessness, autonomous zones and violence [would] not be tolerated,” further adding that Tennessee law prohibits camping on state property.

Given the scope of what the rally was protesting, Stansberry called the governor’s concerns over people setting up tents “petty.”

“If [Gov. Lee] thinks [this] is such a crime... it's trifling and petty,” Stansberry said. “We're not vandalizing anything, we're not doing anything that causes any kind of permanent damage. What causes permanent damage — to the psyche — is having African Americans always see a reminder of their oppressors everywhere they look. It's time for that to end.”

State Rep. Mike Stewart (D-Nashville) was also present at the rally, and shared Stansberry criticisms over Lee’s warning, saying he was “simply wrong.”

“We should encourage public protests, and as far as I'm concerned, the First Amendment protects these Americans' right to be here, and will continue to protect them,” Stewart said.

“I just think this is an area where the governor's mistaken, and when he talks to his lawyers he'll understand that these Americans are not here by permission, they are here as a matter of constitutional right.”