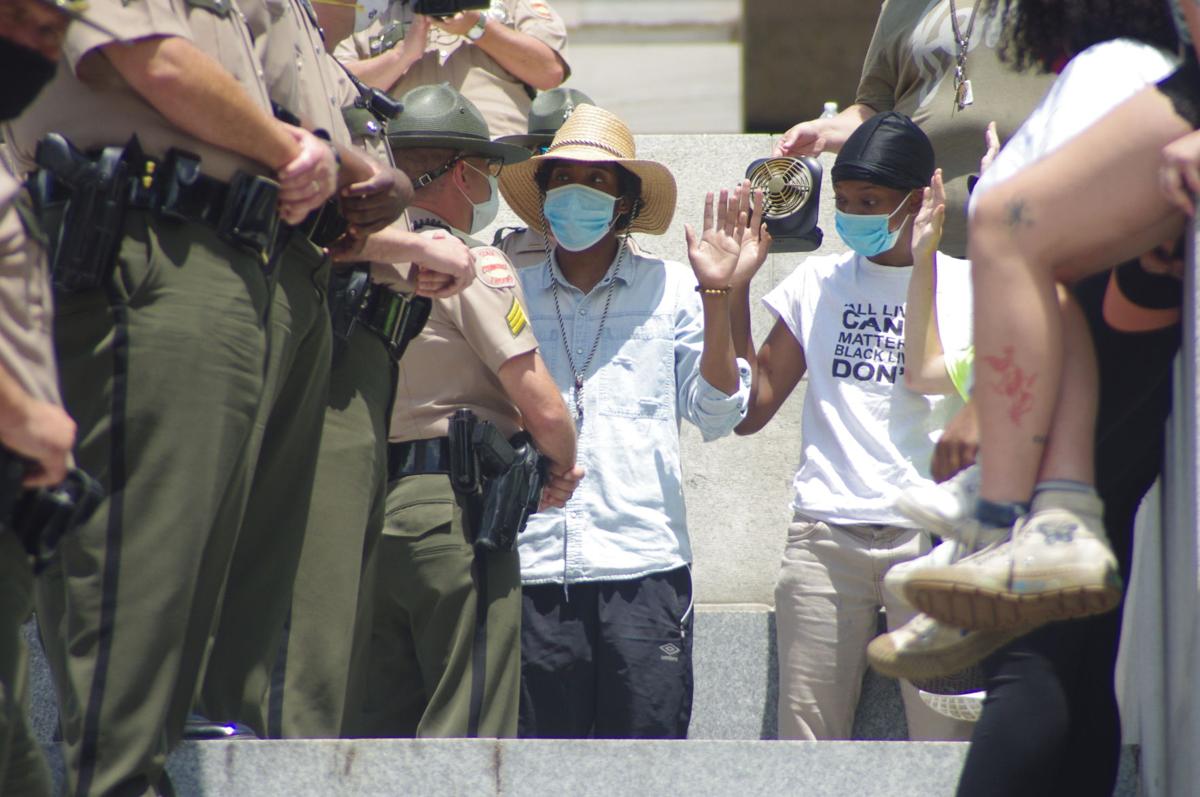 Nashville activist Justin Jones is confronted by state troopers on the steps of the State Capitol Building Tuesday during the ongoing "Free Capitol Hill" rally. 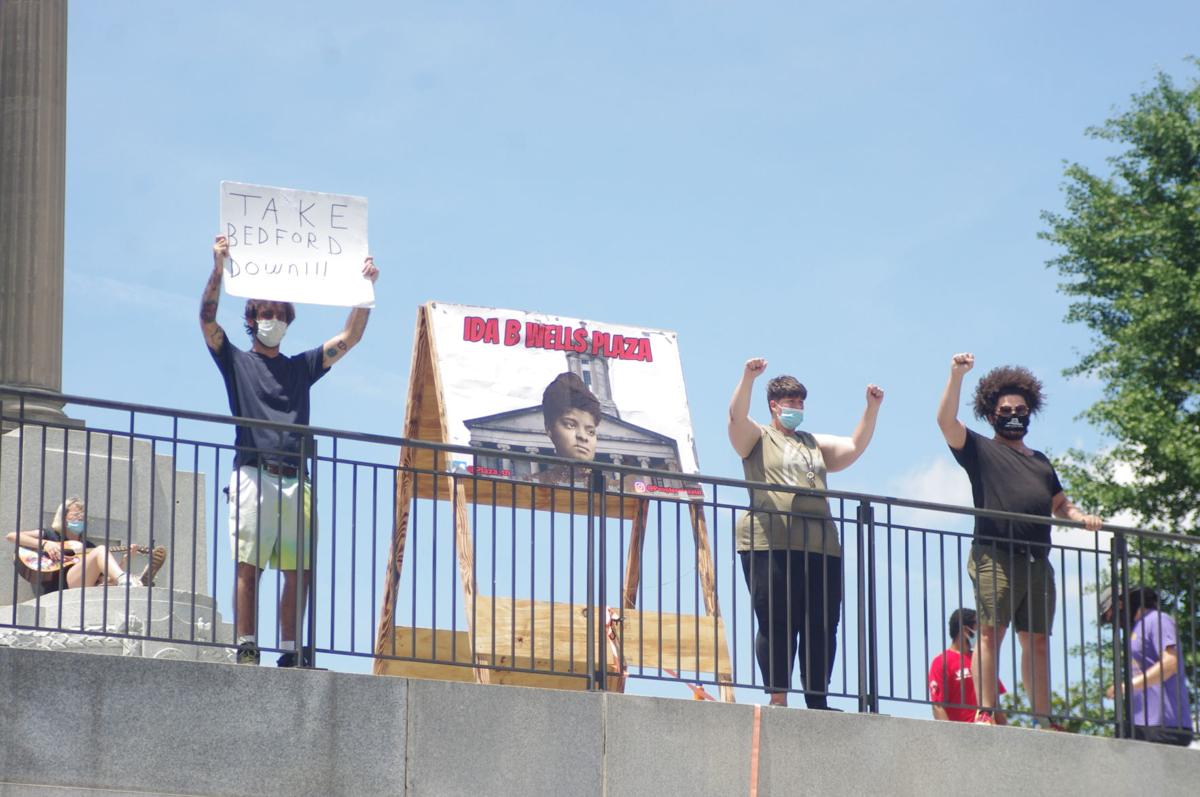 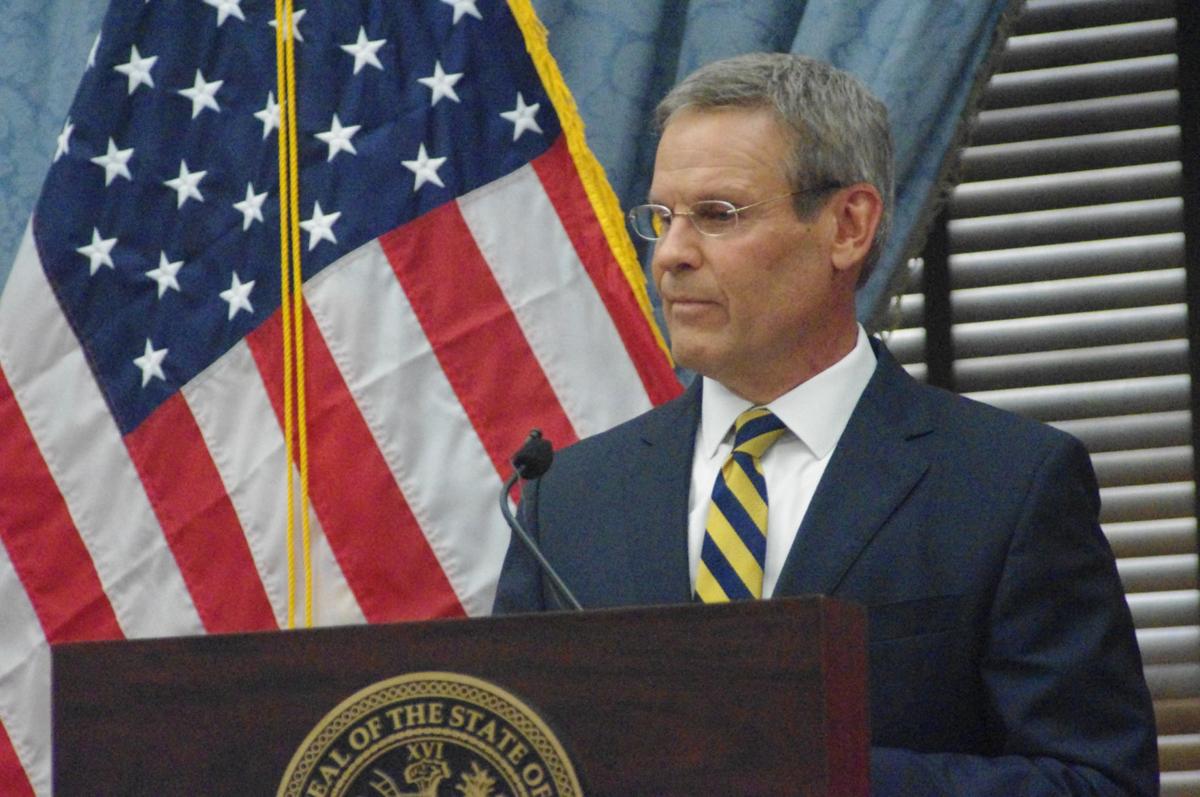 As of today, it has been 12 consecutive days that protesters have occupied the Legislative Plaza outside the Capitol Building demanding an audience with Gov. Bill Lee.

Today, Lee was asked whether he intended on granting protesters their wish.

During a press conference last week, Lee said that he would be willing to meet with anyone engaging in what he called “productive dialogue.”

Calls to defund the police and "embrace lawlessness," as Lee put it, were "not productive," and so the governor said he would not be meeting with the Capitol Hill protesters.

“There have been tens of thousands of people across this state who’ve engaged in a very important process of speaking out about injustices, and I value those voices and hear them,” Lee said.

“Many of [them] would like to meet with the governor to tell them personally what they would like. What’s most productive to me is meeting with folks who actually can listen to these voices of protesters, and then engage in policy that will bring around substantive change and solutions. Those are the conversations that I want to engage in to find solutions going forward.”

Lee was also asked Tuesday what exactly his understanding of what the phrase "defund the police" meant.

“Taking funding away from police departments with the idea that we would be better off without law enforcement,” Lee answered.

Lee’s understanding of the phrase "defund the police" was just another instance of him “not listening,” according to Franklin activist and Capitol Hill protest organizer Angel Stansberry.

“I do think that he is misinformed on what we consider [to be] 'defunding the police,'” Stansberry said.

“Obviously, we need some type of law enforcement in general, we just believe that we should not be spending [hundreds of millions] of dollars a year on crime and punishment. We're just suggesting that [Lee] takes some of those funds and puts it towards education, health care and opportunities for some of the underserved.”

“I think people would be less inclined to have to fight each other for crumbs,” Stansberry said.

“I grew up in the Carribean, and education was my way out — it wasn't incumbent on how much my parents made or what I was zoned for, it was just about my grades,” Stansberry said. “I don't think any child should be saddled with what their parents did or did not achieve in their lifetime.”