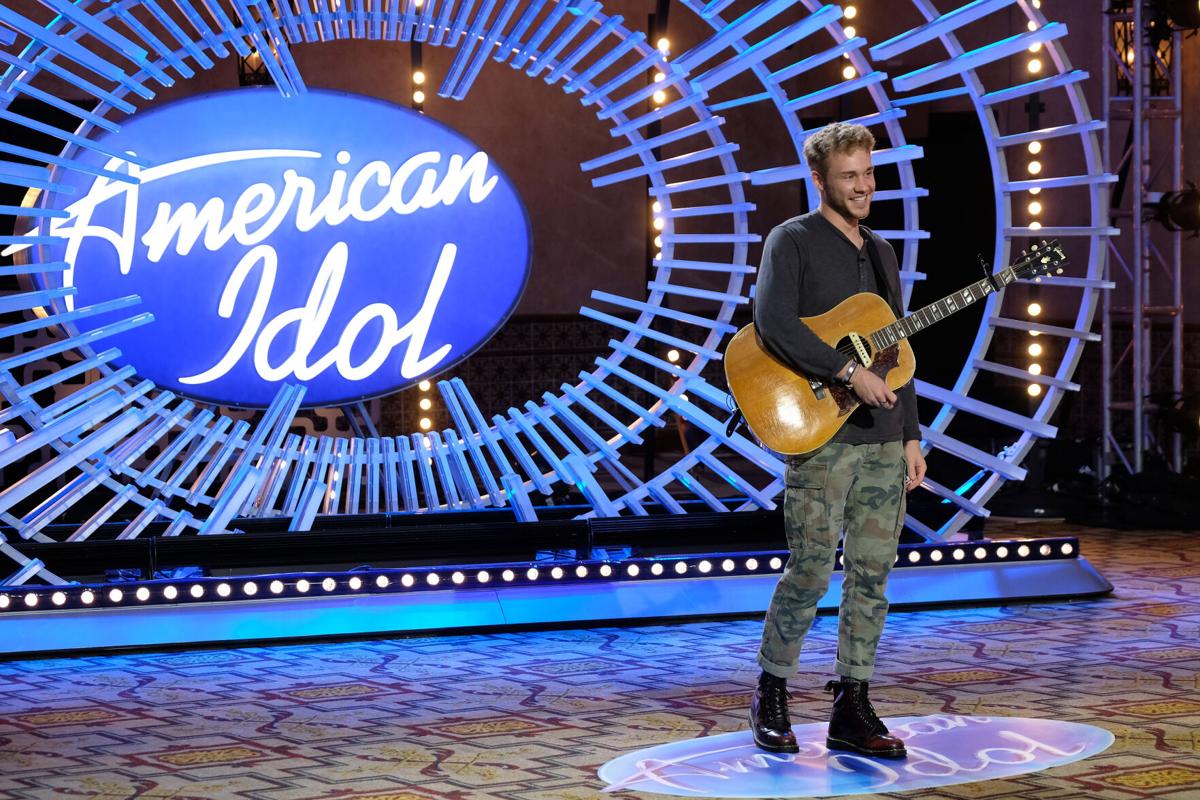 Franklin resident Hunter Metts auditions in front of a panel of judges for American Idol. 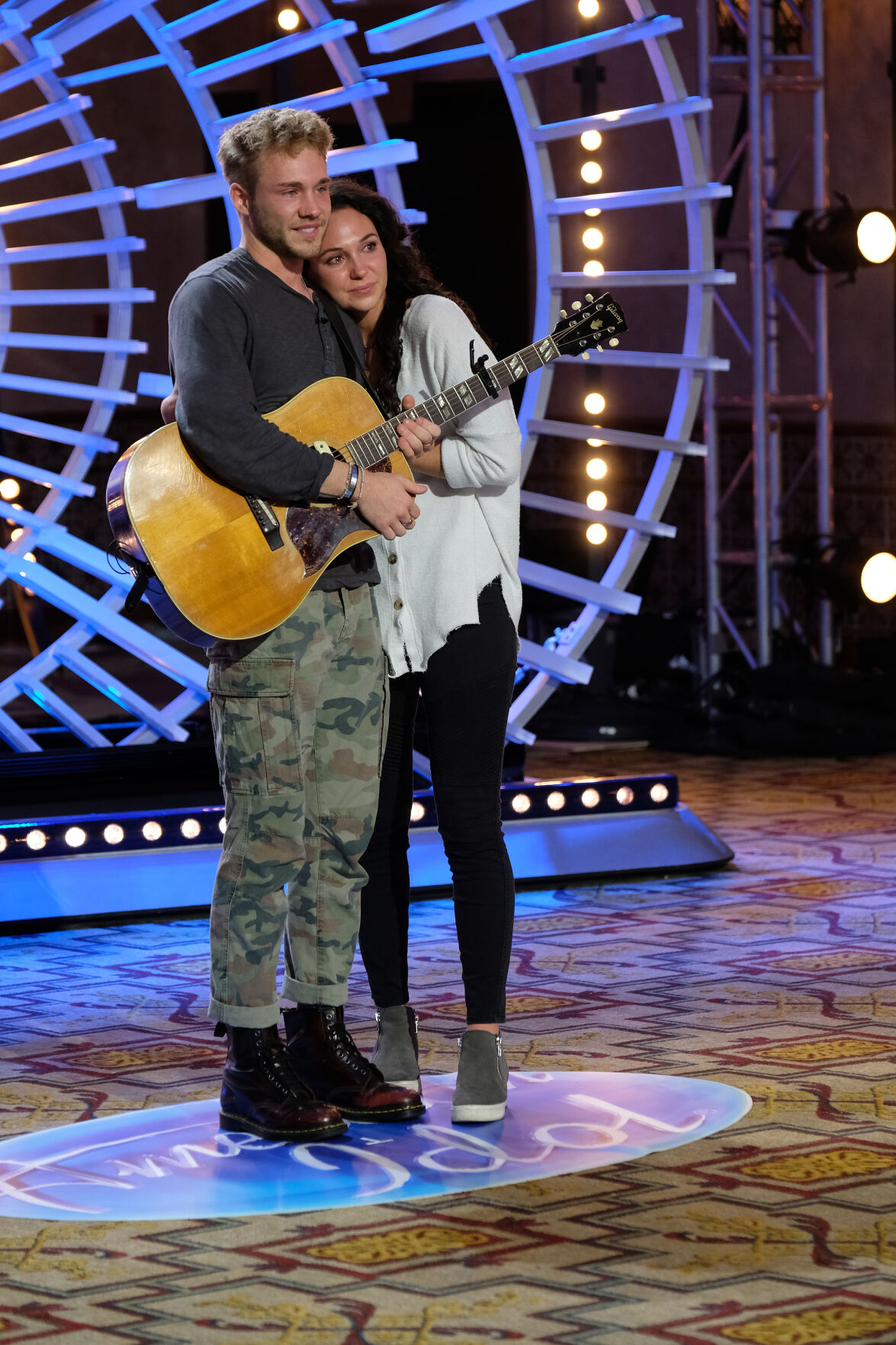 Metts performed an original piece during his audition at the urging of family members.

Hunter Metts, a 22 year-old aspiring musician and Franklin resident, will be featured this Sunday on an episode of the television series American Idol where he will compete for his chance to win a golden ticket to Hollywood.

Now in its 19th season, American Idol holds the distinction of being the highest-rated television program for seven consecutive years, and has launched the careers of several chart-topping musicians including Carrie Underwood and Kelly Clarkson.

To get the chance to join the ranks of those industry legends, Metts said, was indescribable.

"The show hasn't even aired yet and I feel like I don't even have words to describe how humbling and awesome the people around me have been," Metts said.

Born and raised in Franklin, Metts graduated from Centennial High School in 2017. With both parents having moved to Tennessee to pursue careers in the music industry, Metts has been surrounded by music his entire life and began publicly showcasing his talents as a young teen.

Despite his dream of becoming an established name in the music industry, his future as a musician became uncertain shortly after high school.

"I had pursued music a little bit after [high school, but] then my family had went through some hard times; some things kind of fell through for my dad in the music industry," Metts said.

"During that time I decided that I didn't want to really pursue music because it was so unsteady and it's just such a risk, so I decided to go to coding school and from there and got a job coding. I played it safe."

Despite his newfound career in coding, the music bug never truly left Metts. It would be in the fall of 2020 that he discovered American Idol was hosting a virtual audition.

"I considered auditioning in the past, [but] it just never felt like the right time," Metts said. "American Idol, [who I think] would be the best way to market yourself as an artist, [they] were doing Zoom call auditions back in August. Long story short, I got in one of those waiting rooms, sang three songs for them and the rest came from there."

The three songs Metts performed during the virtual audition were "All The Pretty Girls" by KALEO, "Rainbow" by Kacey Musgraves, and an original piece titled "It's You."

The third song he performed at the insistence of his mother.

"Honestly, I couldn't decide if I wanted to do [an original] because it could go either way," Metts said. "But my mom, she was the one who was like 'no, you're required to do that original.' So I'm not even too sold on it, but I sang it because my mom and my sister were super pumped about that one in particular."

Suffice to say, Metts passed the first round of auditions with flying colors, and went on to perform those same three songs in front of this season's judges; Luke Bryan, Katy Perry and Lionel Richie.

Meeting the three superstars during the filming of the upcoming episode, Metts said, was beyond special.

"Just the opportunity to be in the same room with those names is something I never thought I'd get to do, so the fact that they'll get to hear my voice, hear my heart and my story is something really special to me," Metts said.

That episode is scheduled to air this Sunday, Feb. 28 at 7 p.m. CST and can be viewed on ABC. For viewers unable to catch Sunday's premiere, the episode will be streamable from ABC's website the following day.

Were Metts to receive at least two votes from judges during Sunday night's episode, he would be awarded the golden ticket to Hollywood and move onto the next round in California, a state Metts has yet to set foot in.

Were Metts to end up shy of the two votes, his path to becoming this season's American Idol would end there. Nevertheless, his revitalized drive towards achieving his dreams likely means Franklin and its surrounding areas will hear a lot more from Metts in the coming years.

"If there's an open door, you've got to walk through it," Metts said when asked if he had any advice to any other aspiring musicians. "As long as those doors stay open, you just keep moving forward one step at a time, one door at a time, and just hope it leads you to the place you want to go.