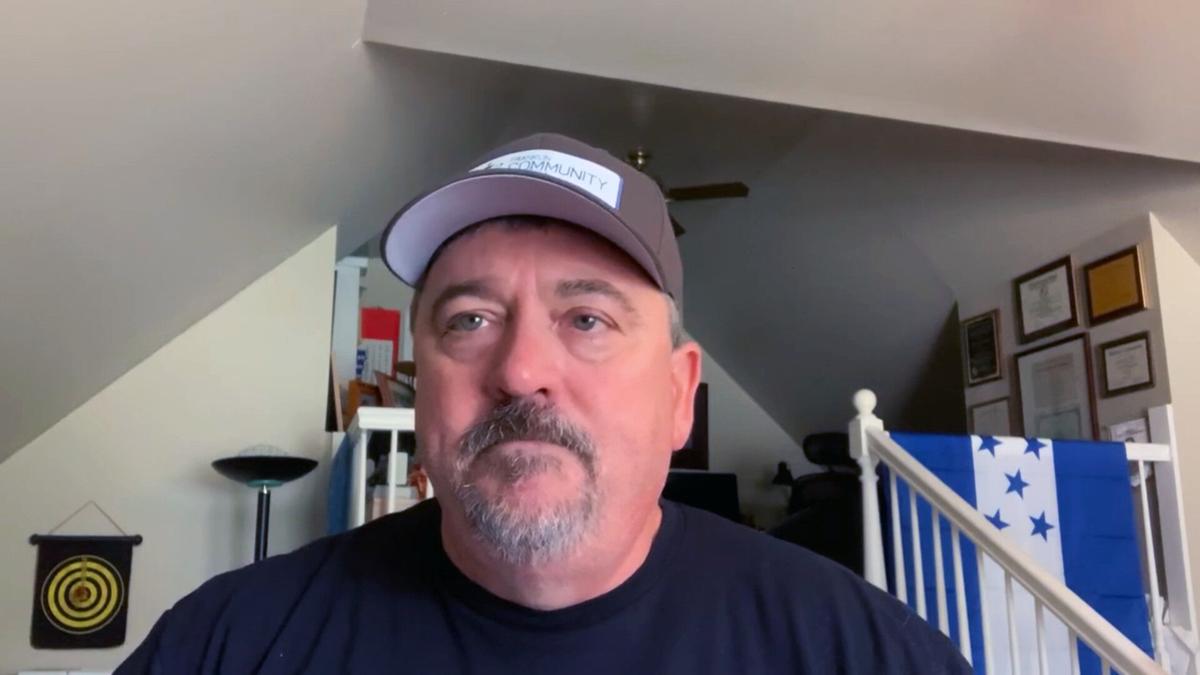 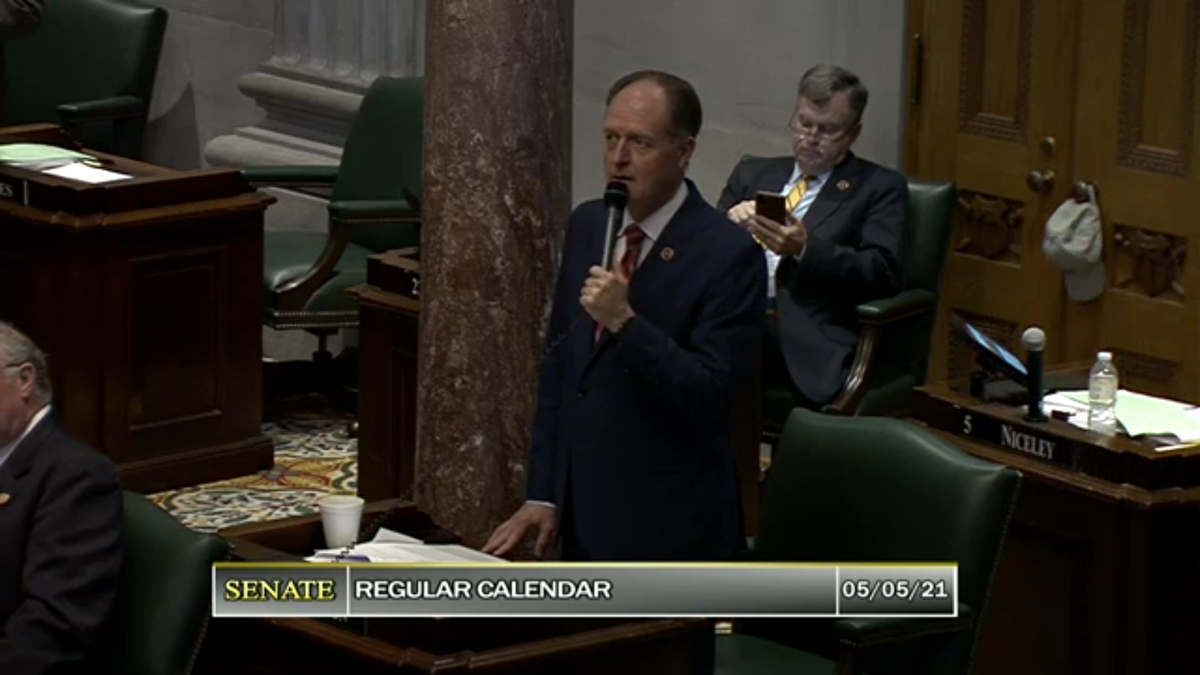 Riggs also noted that the vote to cut unemployment benefits by half occurred during the same session that legislators voted to approve more generous compensation for themselves for travel and home office reimbursements, saying that the move "violates everything the Old Testament prophets stood for."

Passing last week in the state Senate, Senate Bill 1402 would reduce the allotted time Tennesseans may receive unemployment benefits from 26 weeks to 12, however, would increase the maximum weekly payment by $50, from $275 to $325.

Support and opposition on the Tennessee Senate floor

The bill's sponsor, state Sen. Jon Lundberg (R-Bristol), argued that the bill would both help those receiving unemployment benefits by putting more money in their pockets while also incentivizing people to return to work.

"During the pandemic, the 10-state average of the southern states was 11.5 weeks — Tennessee is the highest," Lundberg said. "If you vote no and say it's those weeks, we are adding $50 a week to those funds, that's $200 a month. That may not mean much to some people, it may mean a huge amount to others."

Lundberg continued, making the case that businesses across the state were struggling due to a lack of applicants.

"We have small and medium-sized businesses that are going out of business right now because they can't find employees; we have large businesses that can't expand, grow and develop and do more of what they need to," Lundberg continued.

"We have I believe 111,000 people on unemployment today, I think [the state] has 254,000 [jobs] listed. This legislation puts more money in people's pocket who are unemployed. It does reduce the amount the amount of weeks to three months instead of six months."

Unemployment benefits acting as a disincentive for Americans to return to work has been a major talking point for Republicans over the past year.

Multiple studies, however, including one from the Economic Policy Institute, a nonpartisan nonprofit think tank, have refuted those claims, highlighting the fact that 70 percent of likely unemployment recipients in May and June of last year who returned to the workforce were making less in their new jobs than they were while receiving unemployment benefits.

"We are cutting unemployment in half after a million people in this state have relied on this system in the last year," Yarbro said. "This would make Tennessee's unemployment system the least generous in the entire country. We're already in the bottom five or six right now."

Yarbro noted that the last time Tennessee adjusted the maximum amount of weekly aid unemployment beneficiaries received was in 2001 when it was raised to $275.

"We are coming out of one of our worst unemployment situations, one of the most devastating global pandemics where people have had to rely on unemployment compensation to keep their families going," Akbari said.

"The amount of compensation that folks receive even with this additional amount of funds per week is not enough to support a family. I just don't think this is a good message for us as a state."

Akbari also touched on Lundberg's suggestion that unemployment benefits were acting as a disincentive for Tennesseans to return to the workforce.

"There's this notion that you have folks laying at home getting unemployment compensation instead of working, instead of seeking employment," Akbari said. "I think a lot of that is anecdotal and not rooted in fact."

Campbell voiced her opposition to the bill as well, and also noted that the optics of cutting unemployment benefits during the same session as supporting a bill to increase travel and home office reimbursements for legislators were "problematic."

"I just wanted to say I think the optics of doing this at the same time that we're giving ourselves a raise says something to the taxpayers that I think is kind of problematic," Campbell said.

State Sen. Mike Bell (R-Riceville) spoke out in support of the bill, and shared a series of personal anecdotes demonstrating what he believed to be proof that generous unemployment benefits do in fact act as a disincentive for Tennesseans to return to the workforce.

"I'm not sure what world my collogues from the other caucus are living in, but you go around any county in this state right now and you see help wanted signs everywhere," Bell said.

"And I'm not talking about just for the low-paying jobs at the fast food restaurants, but I'm talking about industries, businesses or high-tech jobs, they're all looking for people. The jobs are out there, and it's time we quit incentivizing people staying at home, and that's what we've done by having these benefits so high."

Bell went on to share that subcontractors and cabinet builders he had recruited to work on his own home have shared with him that employers are hard-pressed to find willing laborers.

"I've heard from employer after employer saying 'I can't get people to come back to work;' I've seen it from the subcontractors who've been coming to my house and working who can't find laborers, and I'm talking about laborers who are getting paid $15, $18 an hour," Bell said.

"The cabinet builder who's building my cabinets right now used to have a whole crew — he's having to build cabinets [himself now] because he can't find anybody to show up to work."

Ultimately, the bill did pass in the state Senate with a vote of 26-7, with Williamson County's Jack Johnson and Maury County's Joey Hensley voting in favor of the legislation.

The bill will become law on Dec. 1, 2023, granted Gov. Bill Lee signs it, which is expected to happen in the coming weeks.

"[This] is the height of immorality"

Pastor Riggs, who also helps run the Williamson County Homeless Alliance, called the act of cutting unemployment benefits by half the "height of immorality," and argued that the legislation is at odds with the teachings of the Old Testament.

"To turn right around to cut unemployment benefits for hard working people while giving themselves a raise violates everything the Old Testament prophets stood for, and warned the governments against doing," Riggs said.

"No matter where you live or what your career, we all need to know that when we fall on hard times, especially in a year of this global pandemic, that there is a safety net that we can fall back on. We need to know that our leaders will care about us, and help us get back on our feet when we need it the most. By cutting unemployment in half and then giving yourself a raise, that is the height of immorality."

Riggs continued, arguing that state legislators had "violated" the commands of Jesus throughout the duration of 2020 and 2021.

"Feeding the hungry, clothing the naked, visiting the prisoner, offering Medicare and Medicaid, those types of things. Yet all year long, our legislature has violated all of those commands. It’s highly disappointing and it breaks my heart to see what we are continuing to do to the people who are the most vulnerable among us.”

Another local pastor, James Turner of New Hope Missionary Baptist Church in Nashville, argued that many of the state legislators who voted to cut unemployment benefits voiced on their respective campaign trails that they were strong believers in the Christian faith - something, Turner argued, was completely at odds with their voting records.

"There are a lot of elected officials who claim on their campaign trail, who claim when they grab the microphone when they’re in Legislative Session, that they have a strong Christian faith," Turner said.

"And they run on that, and they get elected on that. They use their Christian faith. But it seems that they have drifted away from Biblical teachings, and they have drifted away from their Christian faith and they do not care for the least of these. If you look at The Bible, The Bible surely and without question tells us that we are called to help the poor.”