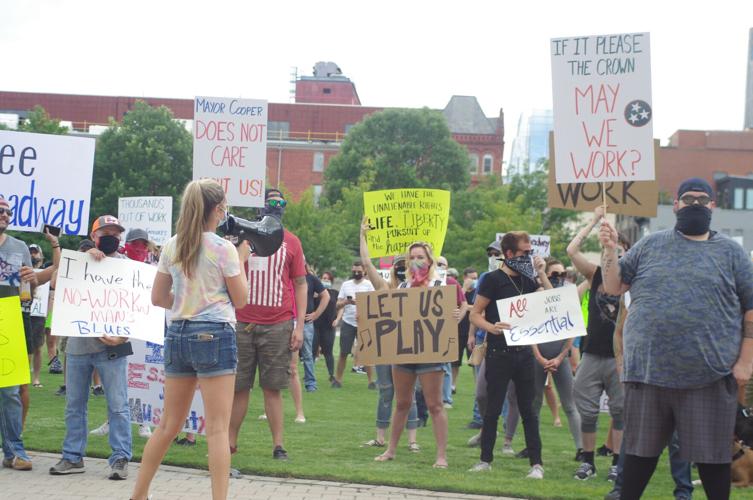 More than 100 people poured out to the grounds of the Metro Nashville Courthouse demanding Mayor John Cooper lift restrictions on businesses. 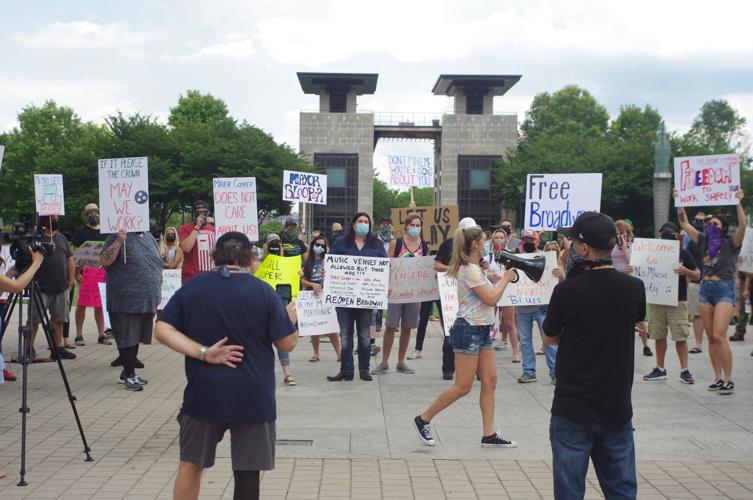 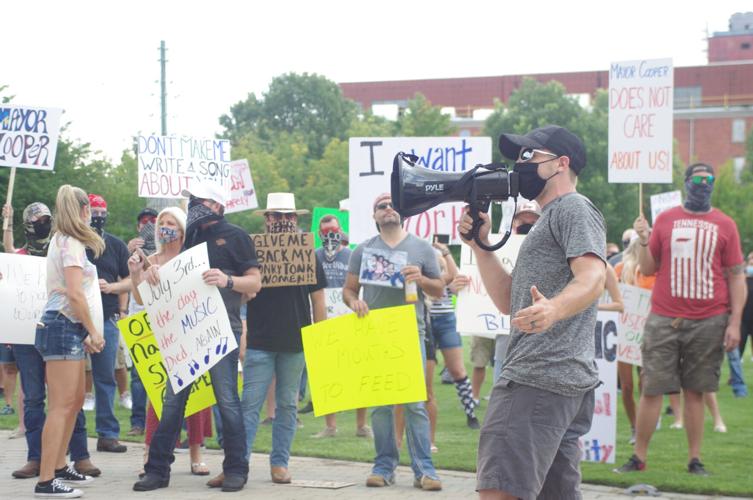 Much like the rest of Tennessee, the city of Nashville is still experiencing a shutdown of sorts, with bars ordered to be closed through the month of July, and restaurants limited to operating at half capacity.

For many of those in the hospitality industry, these closures and limitations have driven them to protest, calling on Nashville Mayor John Cooper to reopen the city. Monday saw one such protest, with more than 100 people gathered outside the Metro Nashville Courthouse demanding the right to ‘get back to work.’

Among those rallying was Franklin resident Charley McPherson, whose years in the restaurant industry had driven him to help support calls to reopen Nashville.

“The restaurant industry is the second largest private sector employer in the country — Nashville thrives on tax revenues from tourism, and these folks are really the front line ambassadors of the city,” McPherson said.

“It's ingrained in them to be responsible about health and safety, long before COVID was around, and all these guys want to do is get back to work.”

When asked about his thoughts on how Williamson County has managed itself amid the pandemic, McPherson said he hadn’t noticed anything “over the top” in regards to government-imposed restrictions on business operations.

“I haven't noticed anything in Williamson County that seems over the top, it's been pretty chilled out I would say, but they're still paying attention to what needs to be done,” McPherson said.

“You go into a restaurant in Williamson County and every other table is not being seated, all of the servers and bartenders are wearing their masks.”

Rally organizers openly asked participants to speak over megaphone and recount how the city’s closures had impacted them and their livelihood. One by one, Nashvillians in the hospitality industry jumped at the opportunity to speak and called on Cooper to reopen the city.

“The hospitality industry's a big family, and they've been hurting since Saint Patrick's Day,” McPherson said.

“When I was working in restaurants, I was living paycheck to paycheck for sure — one of the beauties of working in a restaurant is that if you need to make more money, you just go work more. That's what these guys want the opportunity to do.”

“Something we like to say in our side of the industry is that no matter what's going on in the world, the human condition is always going to need the watering hole. So Mayor Cooper, open up the watering hole.”