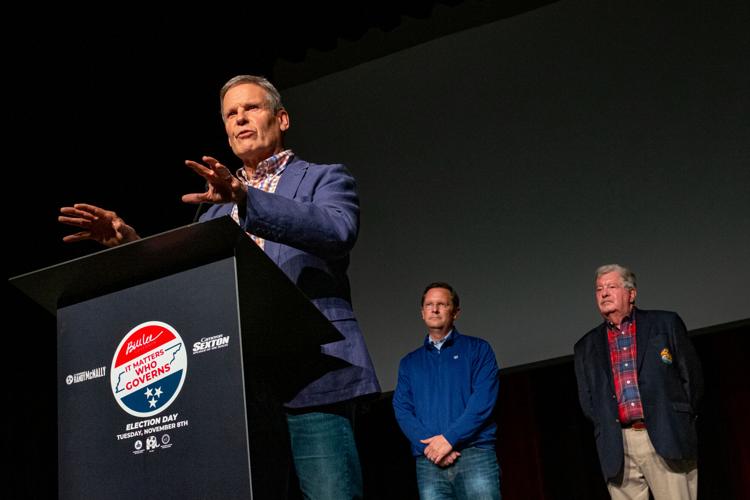 Tenn. Gov. Bill Lee is joined on stage by Tenn. Speaker of the House Cameron Sexton (back left) and Tenn. Lt. Gov. Randy McNally (back right) at Lee's reelection campaign stop at The Factory at Franklin on the eve of the 2022 midterm election. 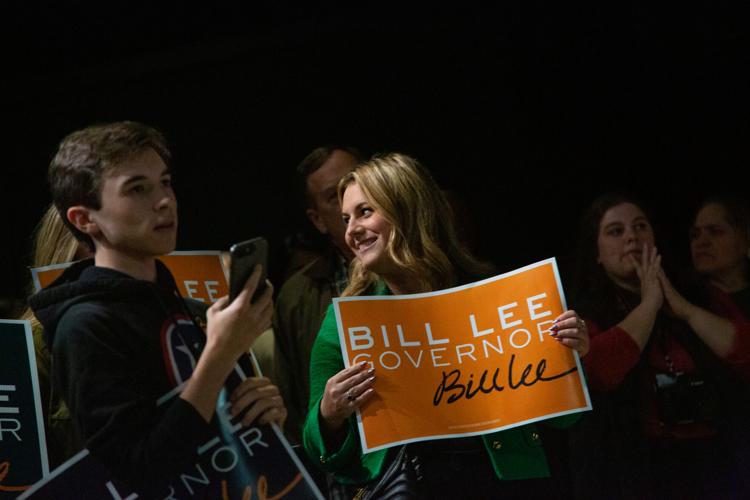 Republican voters rally for Tenn. Gov. Bill Lee during Lee's reelection campaign stop at The Factory at Franklin on the eve of the 2022 midterm election. 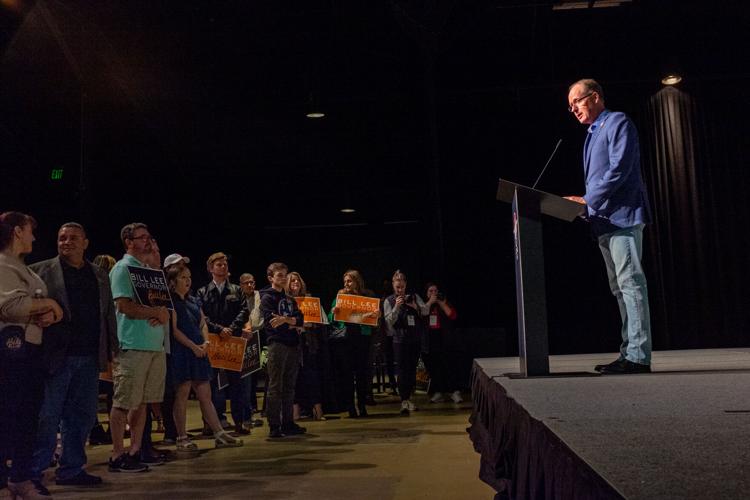 Tenn. State Sen. Jack Johnson speaks to Republican voters at Tenn. Gov. Bill Lee's reelection campaign stop at The Factory at Franklin on the eve of the 2022 midterm election. 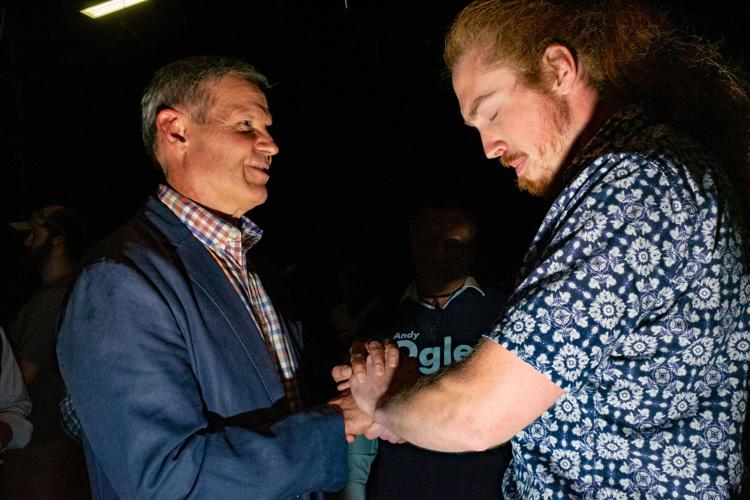 Tenn. Gov. Bill Lee prays with Nashvillian voter Andrew Towle during Lee's reelection campaign stop at The Factory at Franklin on the eve of the 2022 midterm election. 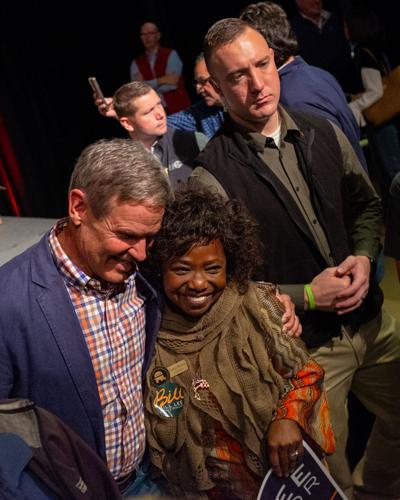 Tenn. Gov. Bill Lee's reelection campaign bus tour made its last stop in Franklin on the eve of the 2022 midterm election where he framed Tennessee as the example of the future of governance nationwide.

That tour included stops over the weekend from Knoxville to Jackson and Collierville and stops from Clarksville to Murfreesboro ahead of Monday's rally at the Factory at Franklin.

Lee, who has held the office since 2019, has essentially ignored his Democratic challenger Jason Martin, including not taking part in any debates.

Lee addressed that decision when speaking to reporters after the event where he said, “I think what’s important is every candidate has to make their decision about how they want to talk to the people, and so we did that.”

Last week, Lee declined to join Martin in taking part in election programming on WPLN’s This is Nashville, instead taking part in an hour-long interview on The Ben Shapiro Show Sunday Special podcast, whose parent company The Daily Wire recently moved their headquarters to Nashville.

Lee’s literal homecoming drew dozens of Republican voters and supporters, numbering at more than 100 people at the crowd’s peak, and saw him introduced and joined on stage by Lieutenant Governor of Tennessee Randy McNally and Tenn. Speaker of the House Cameron Sexton.

Tenn. Sen. Marsha Blackburn and Tenn. State Sen. Jack Johnson opened the event, thanking Gov. Lee for his support of Republicans up and down the ballot.

“Tennessee is going to do their part to help us fire [U.S. Speaker of the House] Nancy Pelosi,” Blackburn said.

“In Tennessee, he stood strong against stiff opposition to make sure that you kept your freedom, your opportunity and allowed you to make those decisions for yourself, because he believes in Tennessee, and we believe in him,” Sexton said.

“They see when their leaders have taken them on a path that is not where Americans want to go, and so what do they do? They make an adjustment — We're about to see a big adjustment tomorrow,” Lee said. “And what we're going to see in many places is states deciding to move in the direction that Tennessee has moved. You should be very proud, and it is the highest honor that I have to serve in this place.”

Lee said that Republican leadership in Tennessee can and has been “civil” and “not divisive,” and claims that many voters may challenge on Tuesday, regardless if that opposition falls short of unseating the 50th governor of Tennessee.

Lee thanked the crowd for attending the rally, saying, “it reminds us that it does matter who leads,” with “heart and compassion and conviction,” and, ”recognizing the dignity of every human being.”

Lee went out into the crowd following his speech, shaking hands and taking selfies with voters and Williamson County party leaders before answering questions from the press.

One of those attendees Gov. Lee stopped to meet was Nashvillian Andrew Towle who held hands with the governor in prayer.

“I prayed for Bill Lee that he would have the power of Christ to meet whatever challenges come his way in the next four years,” Towle said, adding that this would be his first time voting in a governor’s race.

Polls are open on Tuesday, Nov. 8, until 7 p.m. across Tennessee.