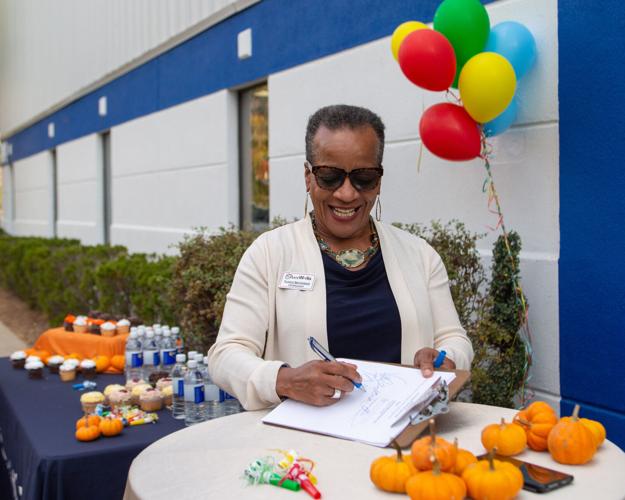 GraceWorks CEO Valencia A. Breckenridge signs the lease to continue operations at their Franklin location on Oct. 7, 2022. 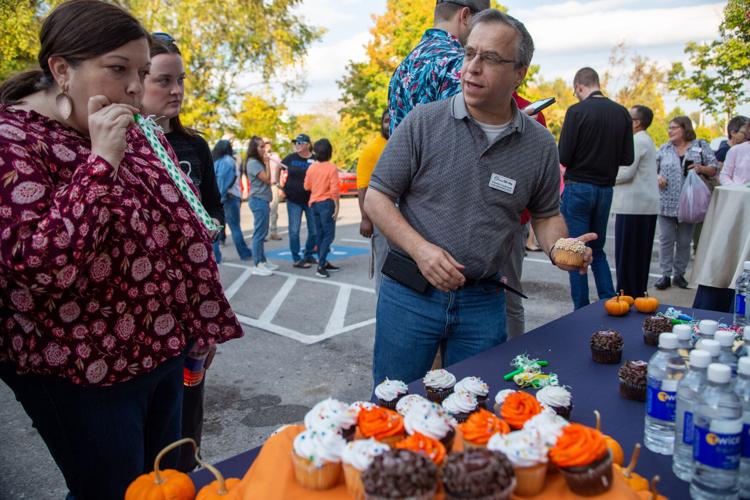 GraceWorks Ministries held a ceremonial lease signing last week giving the non-profit an extension on their search for an expanded permanent home.

As previously reported, GraceWorks's lease was set to expire in June 2023 after the building that they have operated out of for years was recently sold.

Those new owners, Stonelake Capital Partners, have now agreed to continue to lease the space to GraceWorks which means that the non-profit's food pantry, thrift store and shelter operations can continue.

"The number one question we get asked is, 'What's happening with the building, Where is GraceWorks going to be?'," GraceWorks CEO Valencia A. Breckenridge told the crowd of supporters on Oct 7. "I love that our community joined us in that concern.

"GraceWorks has been serving Williamson County and beyond for the last 27 years, and we believe that there is more work to be done and we want to be here for you."

While the signing of this new lease ends the two-year search for a new home, the non-profit is still planning to expand their footprint in the future which will mean eventually having to move their operations.

"After several weeks of conversation and negotiation, we've been able to land on a solution that's going to allow us to stay here past June of 2023," GraceWorks Board Chair Tony Dunning said. "Ultimately, we still need a permanent and final place to reside and do our work, but it's just a thrill to have today happen because now we have some breathing room."

GraceWorks reports a 68% increase in demand for their food services and an 11% increase in rent/utility assistance payments.

They are seeking to find a 6-acre property to build a new center or an existing building with 60,000+ square feet and 200+ parking spots in Williamson County, and they are seeking the help of community partners in this search including the possibility donation, discounted property, or a long-term land lease.

GraceWorks is currently located at 104 Southeast Parkway in Franklin, and more information about their work and resources can be found here.