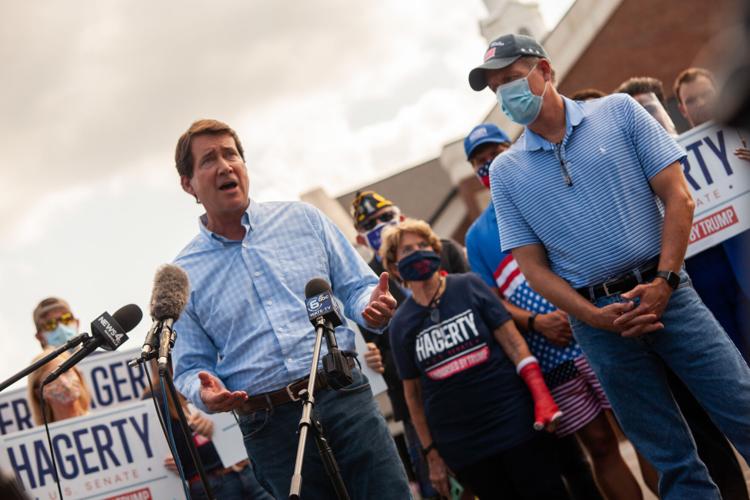 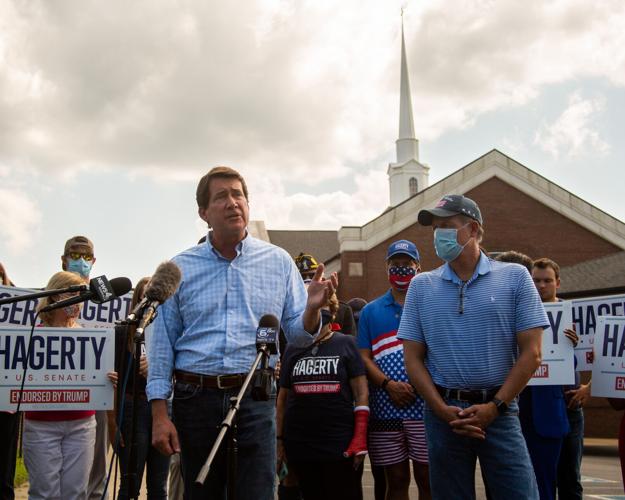 Shortly after 3 p.m. on Thursday, U.S. Senate candidate Bill Hagerty made one last pitch to voters at the Brenthaven Church in Brentwood, telling reporters that he was the best suited candidate to "hit China where it hurts" and restore the U.S. economy.

"People are excited about the fact that I am a businessman, that I've got real world experience and that the president has actually entrusted me to help him get the economy started back again," Hagerty said.

"That's why the president's put me on the White House Economic Recovery Task Force right now, to get America moving, to get Tennessee moving."

Hagerty also said that as senator, he would make "'made in the U.S.A.' the theme of America again," and vowed to return supply chains back to the U.S. from China.

"China has given us this pandemic that cost America 155,000 plus lives, they've cost us millions of jobs," Hagerty said.

Reporters asked Hagerty why voters should choose him over his strongest polling Republican opponent, Manny Sethi. Hagerty responded by saying that the difference between him and his opponent was "clear," and that between the two, Hagerty was the only "true conservative."

"Tennesseans have a clear choice to make," Hagerty said.

"I am the true conservative... certainly the only one that has the endorsement of our president, Donald Trump. Marsha Blackburn, the most conservative member of the United States Senate, has endorsed me as well because they know that I will carry forward true, Tennessee conservative values."

"What we have is a candidate in Doctor Sethi who's in the wrong primary, he should be running in the Democratic primary. You've got a person who's defended Obamacare, he's actually advocated for socialized medicine — those positions are much more aligned with Bernie Sanders and Elizabeth Warren."

"You've got someone in Doctor Sethi who's stood right along side his board as they viciously attacked Blackburn in the 2018 Senate race. He stood right along beside them as they appeared in Democrat attack ads on behalf of Phil Bredeson."