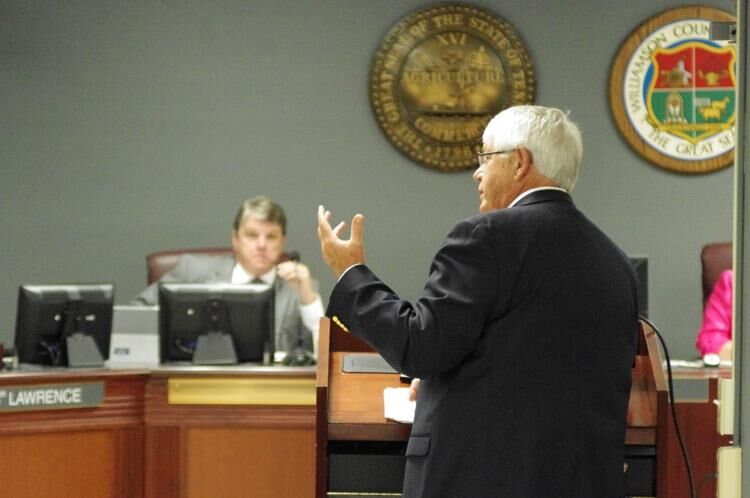 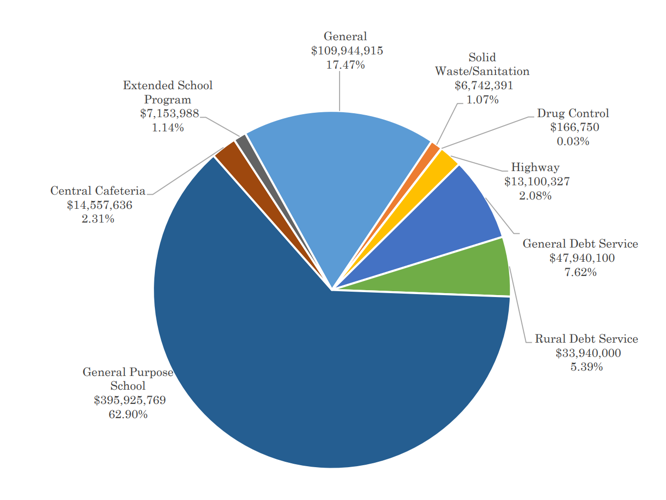 This pie chart breaks down all budgeted expenditures for the 2020 - 2021 fiscal year. 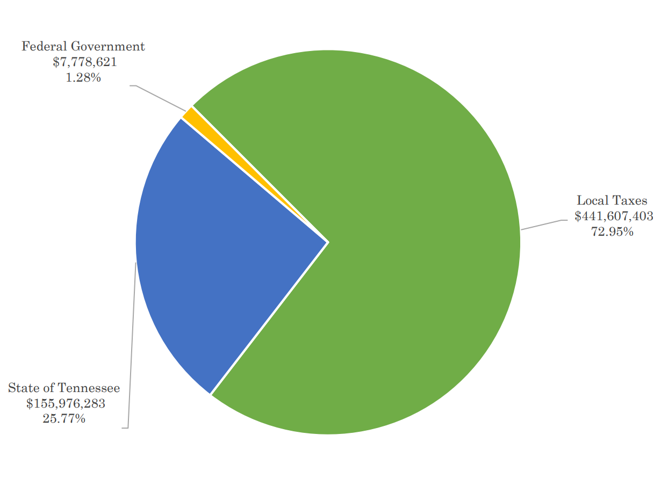 This pie chart breaks down anticipated revenue from local, state and federal governments during the 2020 - 2021 fiscal year.

After a nearly nine hour meeting, the Williamson County Commission passed and adopted its budget for the 2020-21 fiscal year.

Current tax rates were maintained, and other than the general school fund, no department saw an increase in expenditures over the previous year.

To view the budget in its entirety, click here.

For the upcoming fiscal year, county officials project a total of $13.5 billion in revenue from property taxes. Those projects property tax revenues are broken down further as follows:

Projected revenues from the education impact fee, which imposes a fee on new residential development to go towards schools, was not included in the budget, but was said during the meeting to have generated $20.7 million in 2020 as of June, and $58.8 million since 2017.

Making up a whopping 62.9% of the entire budget was General Purpose Schools, which at $395,925,769 was by far the largest of all planned expenditures.

At nearly $396 million, the General Purpose School budget was $9.6 million - or 2.5% - higher than the previous year’s school budget.

A total of 151 new positions were budgeted for, as was $1.5 million for 18,555 Chromebooks for students “if the need for remote learning becomes a reality.”

Other budget categories related to schools include the Central Cafeteria and Extended School Program, which were budgeted for $14.5 million and $7 million, respectively.

Solid Waste, a fund that is used for the county’s recycling and waste collection services, was budgeted for $6,742,391, a decrease of 28% when compared to the previous year’s budget.

As of June, the county’s collective net debts were $729,915,000. Generally speaking, Williamson County’s debt is accumulated through loans related to the construction of schools and government buildings, with funds budgeted annually towards paying those debts off.