Election Day has arrived, and while Williamson County saw more than 122,000 ballots cast during the early voting period, more than 43,000 registered voters in the county have yet to vote.

To those who have decided to wait until Election Day to cast their ballots in Williamson County, here is everything you need to know.

Residents will need to be registered to vote. Click here to find out if you're registered.

If registered, voters will need to bring a state or federally issued photo ID with them to vote, even if expired. First-time voters in Tennessee must also bring with them proof of residency, which can be a utility bill or piece of mail with the voter's name and address on it.

Voters who have moved elsewhere within the same county but have not updated their place of residence through the state's voter registration system may still participate in Election Day voting, though are required to fill out an affidavit before being allowed to vote.

Williamson County will have 25 voting locations on Election Day, and thanks to the adoption of the Election Day Convenient Vote Center Plan in 2019, residents can cast their ballots at any of the polling places regardless of which precinct they reside in.

To view a map of all Election Day polling places, click here.

The 2020 election will be the first presidential election in Williamson County to use the new Image Cast X - a hybrid paper ballot-making device with optical scanner.

Voters will make their selections via a touchscreen display, after which the machine will print out a paper ballot. A polling worker will then guide voters to deposit their paper ballot into a scanner, where both a digital and physical copy of the voters' ballot is stored and sealed.

View the video below for a demonstration of the new technology.

What's on the ballot in Williamson County

Regarding the three seats up for grabs in the State House of Representatives, voters will be limited to voting in the race relevant to the district they reside in. Click here to find out which State House race you'll be voting in. 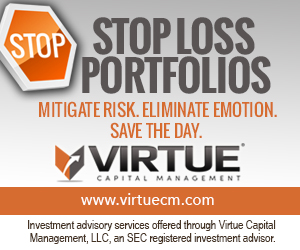 City of Fairview Commissioner (voters will select one)