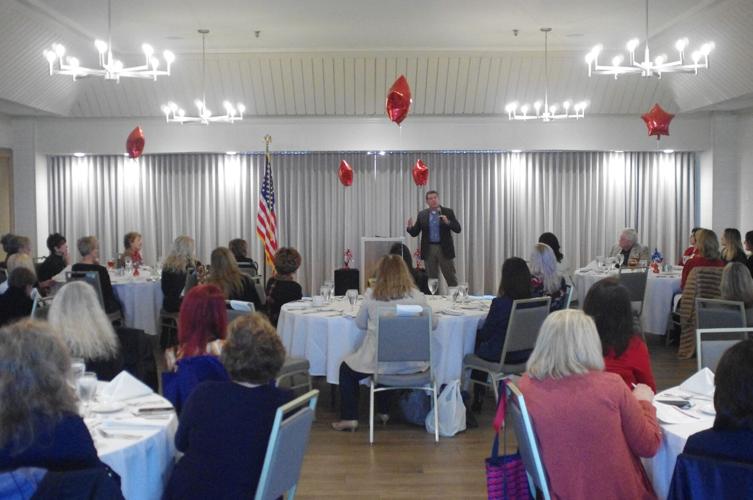 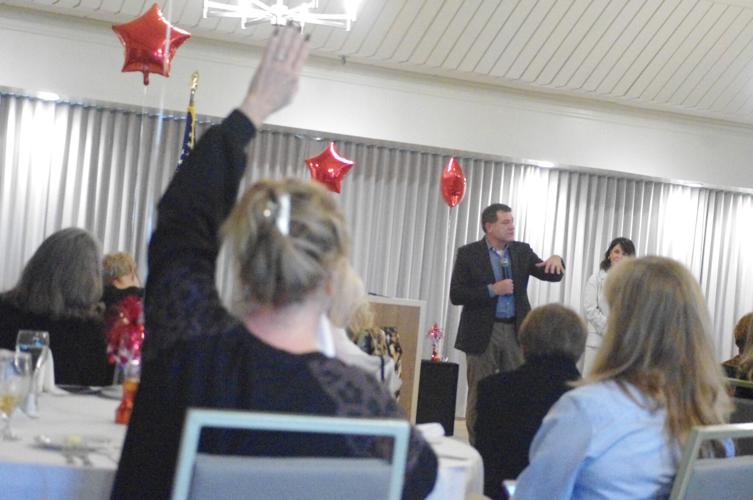 A member of the Republican Women of Williamson County raises her hand to ask Rep. Mark Green a question.

The Republican Women of Williamson County saw U.S. Rep. Mark Green touch on the ever-increasing national debt during their monthly meeting in Franklin on Wednesday, with the congressman also calling on the group’s members to help support conservative candidates as election day draws closer.

Founded in 1968, the Republican Women of Williamson County is an organization that strives to “increase the effectiveness of women in the cause of good government," while also “fostering loyalty to the Republican Party,” per its website. Wednesday saw the group’s monthly meeting take place at the Old Natchez Country Club in Franklin, where Green opened talks with what he perceived to be the danger currently facing America.

“What the left is doing is they're debasing our moral foundation, they're defunding the police, they're dividing, they're destabilizing the country, they're creating dependency,” Green said. “We're in a fight, and we need giant killers. We need people willing to save this country.”

After setting the stage in terms of what he felt was at stake in this election, Green shared what he thought were Republicans’ chances in coming out on top on Nov. 3.

After Green spoke to what he felt the differences were between Democratic and Republican leadership, a member of the Republican Women of Williamson County asked Green if he could “address the national debt.”

“It's bad... you look [at] what the [Federal Reserve] has done to get us out of the coronavirus pandemic, they printed $3 trillion in three months,” Green said. “To put that in perspective, from 1776-1976, we printed $3 trillion. Plus the governmental loans, we borrowed $3.6 trillion... it's unbelievable and it's unsustainable.”

Green said that getting the increasing national debt “figured out” was simply a matter of returning to a period of growth in the U.S. economy.

“We've got to get this figured out, and the only way to fix it is growth,” Green said.

“We have to get back to 4% [GDP] growth and start paying down that debt. We have to fix our big three too; Medicare, Medicaid and Social Security. If we don't fix those, we're done. That may mean moving the retirement age, lowering benefits or whatever it means, but at some point we have to fix that.”