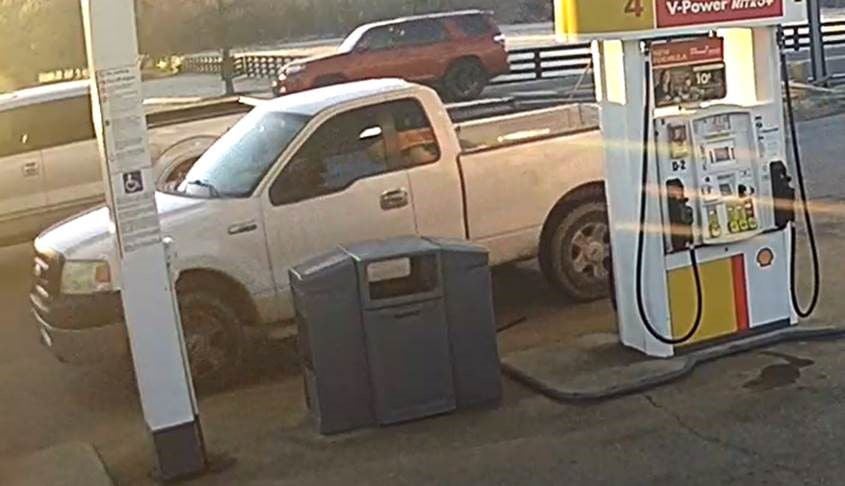 Security footage from Leiper's Fork Market captures an image of the suspect's vehicle, which authorities have identified as a Ford F150. 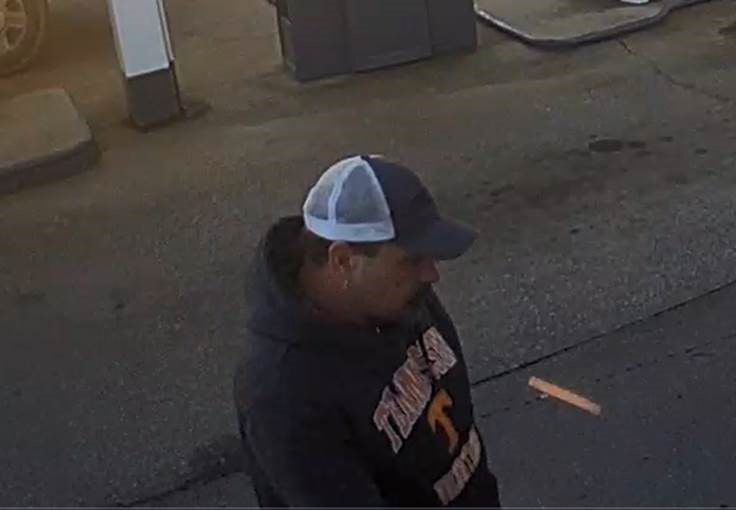 Security footage from Leiper's Fork Market captures an image of the suspect in the pursuit.

The Williamson County Sheriff’s Office is seeking help in identifying a man who led sheriff’s deputies on a 15-minute pursuit Monday morning through Leiper’s Fork, just west of Franklin.

The pursuit began at Leiper’s Fork Market on Old Hillsboro Road, where the man was initially wanted for questioning on a reckless driving complaint. After seeing deputies, the man fled according to authorities, and was last seen by deputies 12 miles westward in Hickman County on South Lick Creek and Warf Road.

Driving a white Ford F150 with Florida tags, the suspect appears to be a white male in his 30s or 40s.