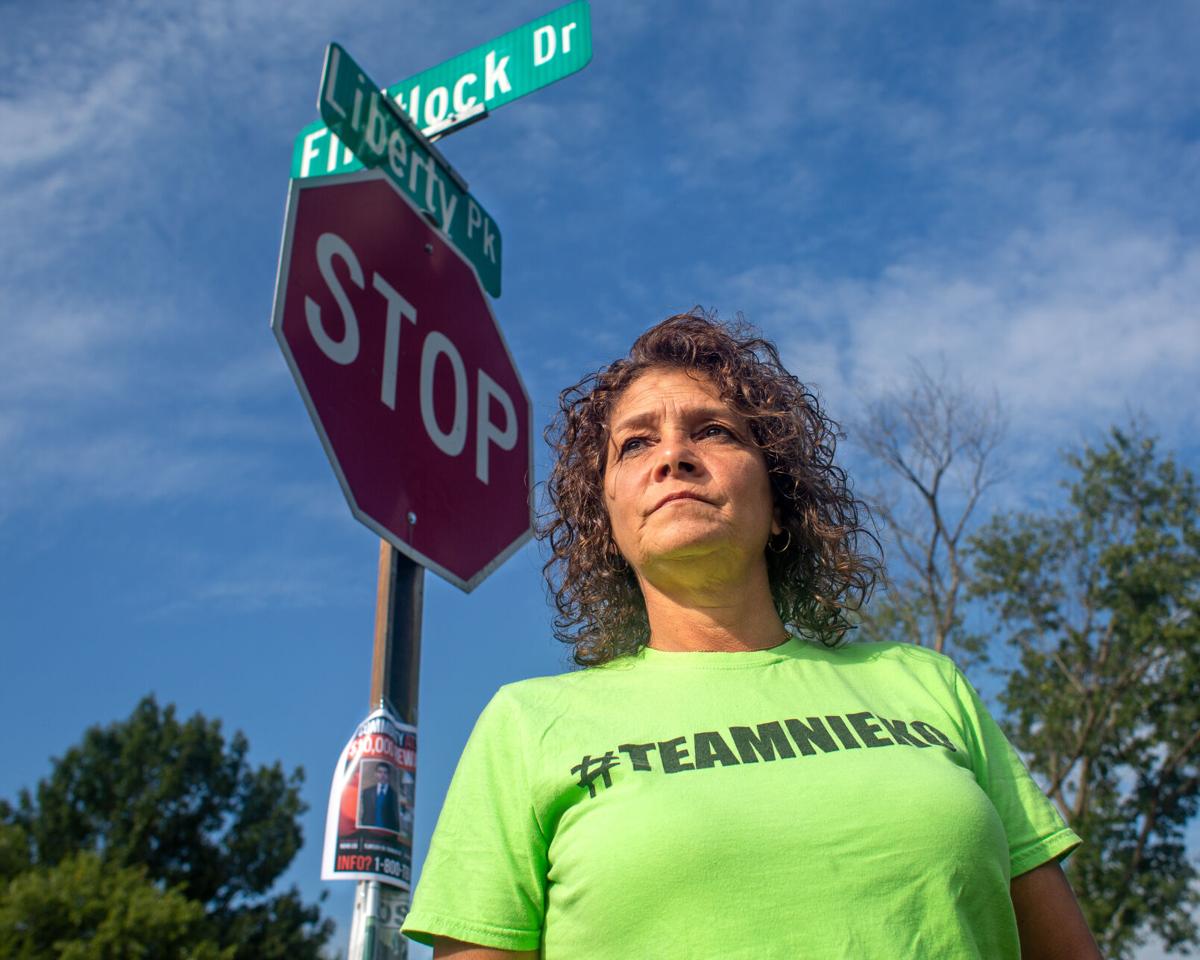 Monica Button, the mother of Nieko Lisi, stands on Flintlock Drive where her son was last believed to have been before disappearing 10 years ago, while a missing flyer with Lisi's case was taped to the stop sign. 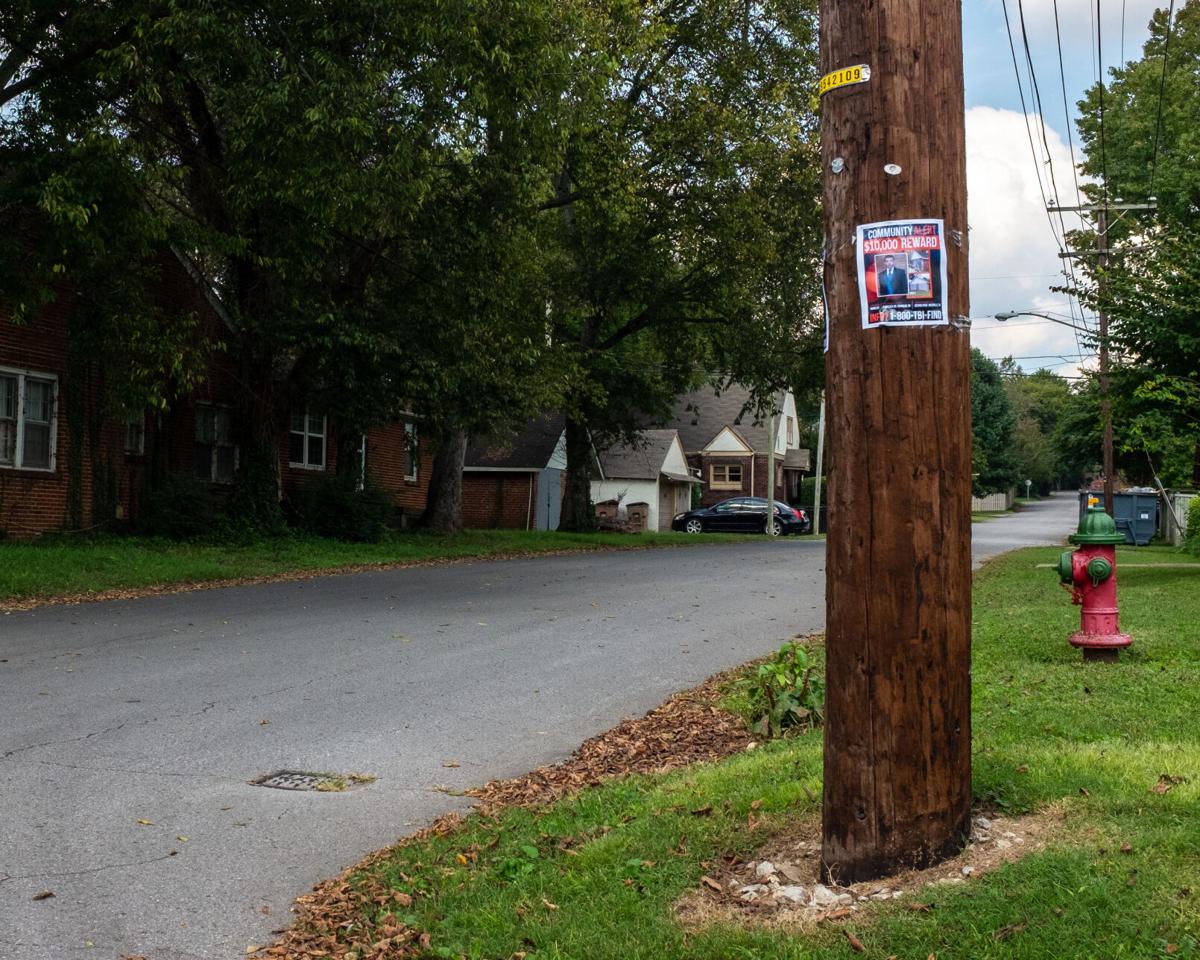 A missing flyer for Nieko Lisi is posted to a utility pole in Nashville’s Sylvan Park neighborhood marking 10 years since Lisi's disappearance. 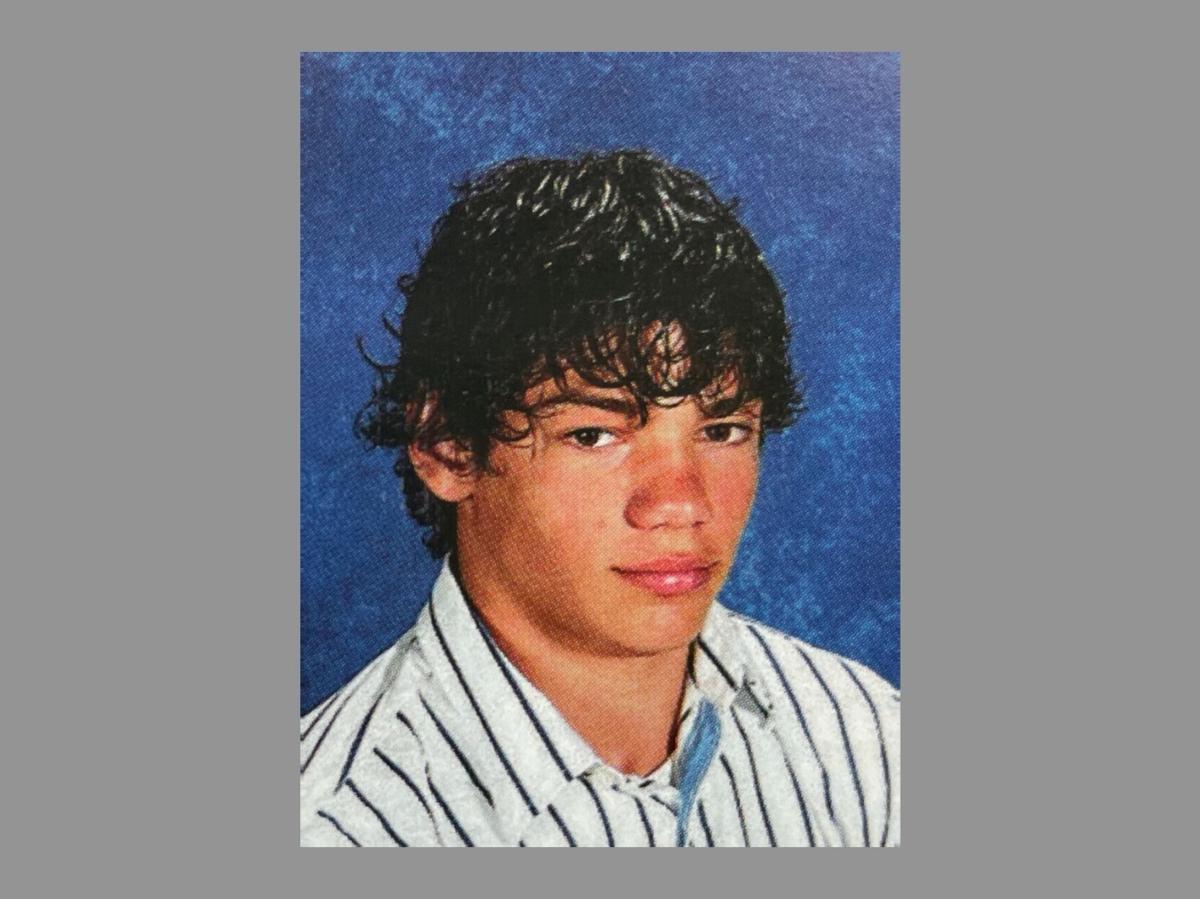 Nieko Lisi as pictured in the 2010 Franklin High School Yearbook.

It’s been 10 years since anyone has seen Nieko Lisi, a then 18-year-old man from rural Steuben County, New York, who was last tracked to Franklin.

His disappearance has led to a now decade-long mystery where his mother Monica Button has spent countless hours trying to bring awareness to her son's disappearance. She recently traveled to Williamson County accompanied by a family friend on a 13-hour drive that clocked more than 800 miles in their SUV, which was packed with paper flyers and a large missing person's poster with her son's face on it.

Lisi grew up in New York, but briefly lived in Franklin and attended Franklin High School — he was the subject of a story by the Williamson Home Page this spring.

On Wednesday, Button and her family friend canvassed Nashville’s Sylvan Park neighborhood, taping flyers to wooden utility poles and handing them out to neighbors walking their dogs, many of whom didn’t live in the area in 2011.  Some long-time residents told Button that they had no idea about the case.

While Lisi’s phone last pinged on Flintlock Drive in Franklin, a truck that he had driven from New York in 2011 was found stripped and disassembled in a Sylvan Park residential garage in 2016.

On Friday, 10 years to the day of Lisi’s last contact with his family, Button was canvassing the streets of Franklin.

She taped up flyers and went into local businesses along Liberty Pike, but some people seemed disinterested in her story and her grief — or at least hesitant to hear her out — an attitude that Button said she runs into fairly often.

“What if you had a child that went missing, would you not want to see that somebody cared?” she asked one woman, who said that she wasn’t aware that people even went missing in Franklin.

In the years since Lisi’s disappearance, Button, along with her family, friends and community members have held fundraisers and trekked to Tennessee in order to bring awareness to Lisi. But like everything else in life, events over the past year and a half have been disrupted by the ongoing COVID-19 pandemic.

While some of Button's previous advocacy included the family and friends of other missing persons, this year she decided to travel and gather in smaller numbers due to the public health crisis.

“That’s what I want to resonate with people,” she continued. “I want them to go home and I want them to look at their 17- or 18-year-old kid and think, what would happen to me, how would I be?”

While the past 10 years of Button’s life has been centered around finding out what happened to her son, she has also continued to raise her other children, living her life that sometimes includes relatively “normal” days. She never has a day pass where she doesn’t wonder about and grieve for Nieko.

“I hear people tell me all the time, ‘You’re the strongest person I know,’ — I didn’t have a choice," Button said. "I didn’t choose this life, and I think about what if something happened to me? Who would carry on and who would still look for answers?”

As with all active law enforcement investigations, there is much about the case that law enforcement will not state, and things that Button has been advised to not discuss.

Button has spoken publicly about her loss of faith in the efforts of law enforcement prior to TBI taking over the investigation, and while she abides by their recommendations to not interfere in the investigation, she continues to advocate for justice and for those who may know something to come forward.

“I know that there are people in this town that have the answers that I’m looking for and I want them to feel as horrible as I have felt for 10 years,” Button said. “I want them to be uncomfortable.”

“It’s heartbreaking,” she said through tears. “He obviously means more to me than anybody else, but he matters, and it matters that it happened in this neighborhood, and the people that live here should care about that. They should take notice, and it should bother them that their neighbors were involved in something criminal.”

TBI Agent Nathan Neese told the Home Page earlier this year that anyone with information about the disappearance of Nieko Lisi should call 1-800-TBI-FIND, or submit a tip online by emailing [email protected]. The family of Lisi is offering a $10,000 reward for information that leads to Lisi.

“It doesn't matter how small the information or how trivial you might think it is,” Neese said. “It could be the breaking point for a case if you have any information. So it’s important that we try and get out there and get every piece of the puzzle that we can get in a case like this."

For now, Button continues to advocate and pray for answers in year 10 just as she did in year nine and year two, spending much of her time managing the Search For Nieko Lisi Facebook page, reviewing her theories of what could have happened and coming to terms with the idea that she may never know exactly what happened to Nieko.